(1.a) Should the number of MPs stay the same, increase or decrease?

Nominally 120 MPs but currently 121 because of the overhang created when a party wins more electorate seats than their party vote entitles them to (in this case the Maori Party). Margaret Robinson’s 1999 Citizens’ Initiated Referendum showed that 81.5 percent of New Zealanders wanted the number of MPs reduced to 99.

2. The length of the term of Parliament and whether or not the term should be fixed

(2.a) Should the parliamentary term stay at 3 years or increase to 4 years?

Those in power would want longer terms and those out, shorter. The question is how long would you be willing to put up with a clueless government gone rogue. With no Upper House nor Citizens’ Veto of unacceptable legislation, a shorter term and more frequent elections are seen as the only way of holding the government to account. More details HERE

(2.b) Should the election date stay flexible or be fixed?

Currently, the Prime Minister may set date for his/her party’s advantage. A fixed date would increase electioneering and lobbying by vested interest groups and give more power to the opposition.

3. Size and number of electorates, including changing the method for calculating size

(3.a) Should the number of electorate stay the same?

(3.b) Should the method of calculating the size of electorates be changed?

(4.a) Should electoral integrity legislation be re-introduced?

“Party hopping” laws prevent MPs leaving a party and distorting the proportionality of Parliament. Their seat is declared vacant and they are forced to quit. Such a law was enacted in New Zealand in 2001 but it had a sunset clause and expired in 2005. A select committee was not convinced that replacement legislation was necessary.

(5.a) Should the Maori electoral option (separate Maori roll) be retained or abolished?

(5.b) Should the parliamentary Maori seats be retained or abolished?

Four Maori seats were established as a temporary measure back in 1867. They should have been abolished in 1893, when universal suffrage extended voting rights to all New Zealanders. The 1987 Royal Commission on the Electoral System recommended they be abolished if MMP was introduced, but through strong advocacy they were retained. There are now 7 Maori seats, and during the last Parliament they were responsible for the 2 MP overhang and in this Parliament, an overhang of 1 MP. In the last Parliament there were 23 Maori MPs or 19% – the Maori seats led to an overrepresentation of Maori MPs. It is time for the Maori seats to be abolished as New Zealand moves towards a single electoral franchise. The Maori Party wants the Maori parliamentary seats to be entrenched in law, and, like the Afrikaner Nationalists in apartheid South Africa, wants every New Zealander classified by ethnicity, with all 18-year-olds of even remotely Maori descent placed automatically on to the Maori electoral roll so as to increase it. More details HERE

(5.c) Should local government Maori seats be retained or abolished?

Separate Maori representation was established by legislation in 2001 at Environment Bay of Plenty. In 2009, central government imposed a Maori statutory board on the new Auckland City Council. In 2011, Human Rights Commissioner Joris De Bres wrote to local government asking councils to consider setting up Maori seats. Nelson and Wairoa district councils polled ratepayers on the issue – the proposal was defeated. The Waikato Regional Council voted to introduce Maori seats – it did not seek a mandate from ratepayers. There is little public support for local body Maori seats – since Maori are seen to be able to get elected on their own account. The Maori seats should be abolished.

6. The role of the Treaty of Waitangi within our constitutional arrangements

(6.a) Should the Treaty of Waitangi have a more central role in our constitutional arrangements?

If Treaty principles were enshrined in a new written constitution, it would be a death blow to democracy as we know it. Unelected judges could use it to argue why the law should grant special privileges to members of the ‘Maori race’, and why any law that does not do so is defective. Even if judges should dare to decide against Maori favouritism, the threat of challenge is always there. It would create a two-tiered society – a Maori elite, and non-Maori New Zealanders as second class citizens. More details HERE

(7.a) Should the protection of property rights be included in Bill of Rights?

The New Zealand Bill of Rights Act 1990 is a statute of the Parliament of New Zealand setting out the rights and fundamental freedoms of anyone subject to New Zealand law. Many people would like to see private property rights awarded the added protection of being included in the Bill of Rights.

(7.b) Should the Bill of Rights be entrenched?

The Electoral Act is the only New Zealand statute containing entrenched provisions, which means that it can only be changed through a 75% vote in Parliament or a majority vote in a public referendum. The argument is that the Bill of Rights does not need to be entrenched since by convention no government would change such a law without wide parliamentary support.

A written constitution is framed by an elected representative, is promulgated on a specific date in history, and is regarded as superior law with unelected judges becoming the gatekeepers, usurping parliamentary democracy. New Zealand’s present constitutional arrangements consist of written statutes, conventions and common law rights, which give our elected Members of Parliament the ultimate law-making power. The main question is whether we want unelected judges or elected MPs having the last say on the laws of New Zealand – if we want to retain parliamentary sovereignty, a “written” constitution should be avoided at all costs.

(9.a) Should the DECLARATION OF EQUALITY be enacted by Parliament?

The Declaration of Equality states that:

“We New Zealanders of all backgrounds, having founded and developed our society in equality, fairness, and comradeship, oppose any laws which establish or promote racial distinction or division.

Therefore in the interests of New Zealand we call on the members of the House of Representatives to implement the principles of this Declaration of Equality to ensure that there is one law for all.”

(9.b) Should constitutional change be dictated by MPs or subjected to a public referendum?

The only legitimate democratic way to enact major constitutional change is through a public referendum process. Any attempts by MPs to change the constitution by way of a parliamentary vote should be regarded as illegitimate and should be opposed by all citizens. More details HERE

(9.c) Other issues – such as should we become a republic?

This issue has been excluded from the Terms of Reference for the constitutional review. However, a republic is a state in which supreme power is held by the people and their elected representatives, and which has an elected or nominated president. In many respects, NZ is a defacto republic with the governor-general functioning as a nominated president. The trappings of a constitutional monarchy (such as reference to the Crown, and the Queen as head of state) persist but have little actual effect… 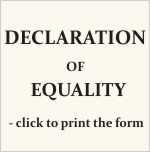 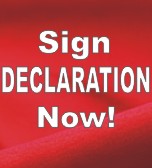 To volunteer to help SAVE OUR CONSTITUTION

please fill in the form on the GET ACTIVE page.

Can you help with:

Do you have skills in:

For 10 suggestions on how you can help, visit the GET ACTIVE page (see the top navigation bar).

To stop the Maori Party and tribal elite, from hijacking our constitution, please tell everyone you know about this website:
ConstitutionalReview.org