This is a petition calling for the abolition of the Maori seats.

If you support the abolition of the Maori seats please sign the petition and call on others to support this campaign too.

The 1986 Royal Commission on the Electoral System recommended abolishing the Maori seats if MMP was introduced. The MMP legislation was drafted with no provisions for the Maori seats but as a result of strong lobbying by Maori leaders, the seats were re-instated.

The Royal Commission’s recommendation from their report says:

There’s a public expectation that the Maori seats will be removed once Treaty settlements are completed. With South Island claims now settled, and the remainder scheduled over the next three years, Election 2017 could be the first election in almost 150 years where all New Zealanders are on the same electoral roll.

In the run-up to the 2011 election the National Party promised: “At the conclusion of the settlement of historic Treaty claims, National will begin a constitutional process to abolish the Maori seats. National wishes to see all New Zealanders on the same electoral roll.”

If you support the abolition of the Maori seats please sign the petition and call on others to support this campaign too. 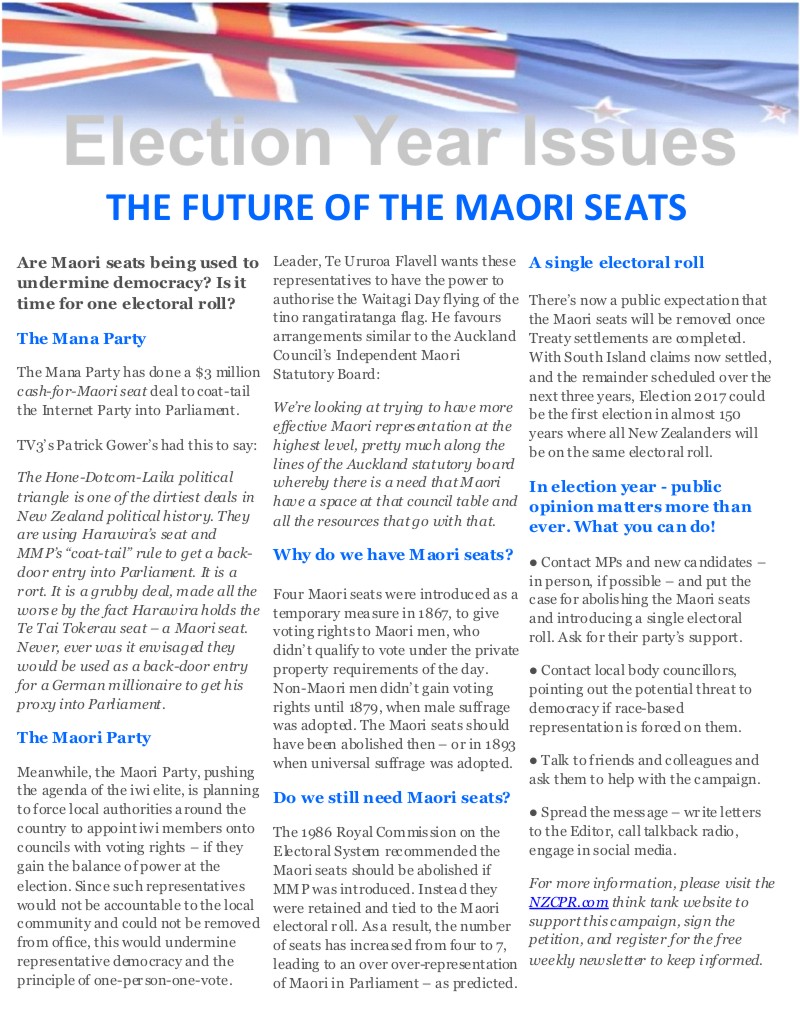 To the Prime Minister

“As concerned New Zealanders, we ask that the Maori seats, which are a race-based anomaly from the 1860s, be abolished so that all New Zealanders are treated as equals on the same electoral roll.”

3 days ago C S from Rotorua

3 days ago P P from Tasman

3 days ago Denis Wadsworth from Taranaki