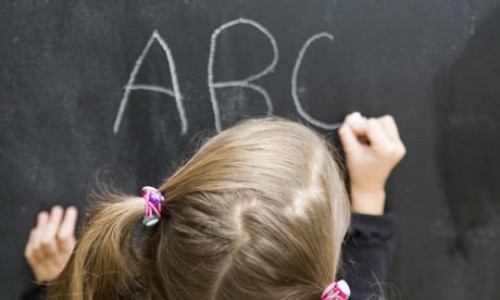 Have you read The Tail Wagging the Dog by Tony Sayers?

Tony, a former school principal, outlines his experience of the Maori agenda in New Zealand schools and says, “Teachers who are currently employed in the system, and have woken up, are reluctant to make a stand under the present political and social climate. The teachers who are retired, are in a position to speak up without damage to their careers. They need to come forward and inform the general public of what has been, and still is, going on. So let’s have a few more retired teachers voice their anecdotes and opinions. If you say nothing, then this manifestation just festers away with dire consequences for the future. This topic needs to gain volume, so that politicians realise that it is an issue that must be addressed.”

Full details of the extent to which the Treaty of Waitangi along with Maori culture and values have been included in our education curriculum can be read in Progressive Education a Failure.

If you are concerned about the radicalisation of the New Zealand curriculum through the forced teaching of Maori supremacy, then please share your views with us using the form below.

BACKGROUND TO THE PETITION:

There are no safeguards in the New Zealand Education Act to protect children from political indoctrination such as the rampant Treaty propaganda that masquerades as the truth, and radical environmentalism, that teaches youngsters that humans are killing the planet and causing runaway global warming. In Britain such safeguards exist and they require that teachers give children a balanced view on political issues:

Our petition to the House of Representatives requests that similar safeguards to those that exist in the British Education Act are introduced into the New Zealand Education Act 1989. The petition reads:

“As concerned citizens we call on the Government to protect school children from political indoctrination by inserting into the Education Act 1989, provisions similar to those in the British Education Act: clause 406 forbids ‘the promotion of partisan political views in the teaching of any subject in the school’ and clause 407 requires that if political matters are raised, children ‘are offered a balanced presentation of opposing views’.”

With the school curriculum containing some highly political material New Zealand children deserve the same protection from political indoctrination as their British counterparts. If you would like to support this campaign, please sign this petition and encourage as many others as you can to do the same. This is one of those cases where people power really does matter and a well-supported petition will force the government to listen and take action. Please note that the NZCPR presented a similar petition to Parliament in 2008 (see HERE), but the Ministry of Education convinced the Select Committee that no action was necessary. We hope the strength of this new petition will convince them otherwise! An article discussing these issues can be read HERE (scroll down to the second part of the article). The original background information can be read HERE and HERE. Below is an article published by the Dominion Post at the time (2010):

Politicians have been asked to consider whether New Zealand’s students are protected from political indoctrination in schools after the showing of Al Gore’s film An Inconvenient Truth prompted a petition to Parliament.

The petition of former ACT MP Muriel Newman asked that New Zealand school children be protected from political indoctrination by inserting into the Education Act provisions similar to those in the British act. Dr Newman said concerned parents contacted her after An Inconvenient Truth was shown in schools in 2007. They were concerned that teachers were not pointing out inaccuracies in the film and were not explaining that there were alternative viewpoints. “As a result parents were concerned that their children were being subjected to political propaganda at school,” she said. The same year in Britain a High Court judge highlighted “nine scientific errors” in the Oscar-winning climate change documentary and said it should be shown in schools only as part of a climate change resource pack if it was accompanied by new guidance notes to balance the former US vice-president’s “one-sided” views. Dr Newman said “unfortunately, no such instruction was given to schools” here. The New Zealand students who watched the film were “probably completely unaware that many alarmist claims made in the film … are completely false”. The New Zealand Education Act did not have safeguards to protect children from political indoctrination and were “very vulnerable to propaganda”, Dr Newman said. The Ministry of Education responded to the petition and said sufficient safeguards already existed. The professionalism and common sense of the boards, principals and teachers were the main safeguards, the ministry said. The Code of Ethics for Registered Teachers also required that teachers present materials in a balanced manner and parents were able to take their children out of a class or change schools. The ministry had not received any complaints about schools promoting partisan political views. Changing legislation to align with Britain’s could add a “litigious and potentially expensive element to our education system”. An Inconvenient Truth could be used as a teaching resource to develop critical thinking rather than promoting political views, the ministry said. “The appropriate way to deal with scientific error is not through stifling debate but through encouraging critical thought and ongoing scientific inquiry.” Parliament’s education select committee will now consider the petition.

To the House of Representatives

“We call on the Government to protect school children from political indoctrination by inserting into the Education Act, provisions similar to clauses 406 and 407 of the British Education Act, which forbid the promotion of propaganda in schools and require balance in teaching political matters.”

2 days ago Ray Hayes from Canterbury

2 days ago Ray Hayes from Canterbury

4 days ago J M from Waikato

5 days ago Penny Howard from Canterbury