A Change in Direction 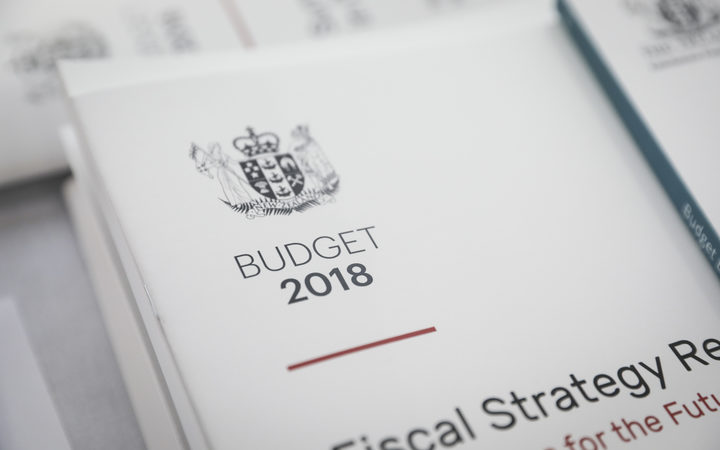 In the lead up to the last election, Labour’s policy manifesto signalled a dramatic change in direction for the country if they became the Government.

With this in mind, the Minister of Finance described his first Budget as “transformational”. The broad signs are already there that the new coalition’s unusual cocktail of radicalism and popularism is the greatest risk that this country has faced in years.

In laying the foundation for their Budget, Labour claimed it had inherited a big mess that needed fixing. Their ‘fake news’ strategy was not only designed to discredit National, but to cover up the fact that they could not afford to deliver on all of their election promises – in spite of tax revenues running well ahead of forecasts, providing the new Government with significantly more money than expected to splash around. Policies on the ‘unaffordable at this time’ list include introducing universally cheaper doctors’ visits, and those on the ‘need to be delayed’ list, include the introduction of winter energy subsidies.

Underpinning Labour’s approach to the Budget was their commitment to the five Budget Responsibility Rules that they signed with the Green Party in 2017 in order to position themselves as a Government in waiting. Those rules are:

1. To deliver a sustainable operating surplus across an economic cycle.
2. To reduce the level of Net Core Crown Debt to 20 percent of Gross Domestic Product (GDP) within five years.
3. To address the long-term financial and sustainability challenges facing New Zealand.
4. To maintain expenditure to within the recent historical range of spending to GDP ratio – namely, 30 percent of GDP.
5. To ensure a progressive taxation system that is fair, balanced, and promotes the long-term sustainability and productivity.

These self-imposed fiscal constraints meant that Labour promised to not only run year-on-year surpluses, but in spite of extra borrowing, they would reduce debt down to 20 percent of GDP within five years. They also planned to restart contributions to the Superfund, invest in infrastructure, tackle climate change, and establish a Tax Working Group.

However, their commitment to keep Government spending under 30 percent of GDP – the long-term average of Core Crown spending over the last 20 years – does not go far enough.

One of the key reasons that New Zealand’s economy has been growing relatively strongly – in spite of the former government facing a recession, the global financial crisis, two earthquakes, and some major commodity slumps – is that National slowly but surely edged government spending downwards, towards a target of 25 percent of GDP, which is known to be the optimum level of government spending for a high performing economy.

Most key spending areas show an increase from the 2018 to the 2019 forecasts:

Budget documents show that of the $86.6 billion in revenue that the Government will receive in the coming financial year, by far the biggest contribution comes from income tax:

This week’s NZCPR Guest Commentator, financial analyst Frank Newman, has provided NZCPR readers with a comprehensive analysis of the Budget, which includes a breakdown from Treasury outlining who pays the lion’s share of income tax in New Zealand:

So much for the tax system being “fair”!

Frank sums up the Budget as follows: “It’s a pretty simple equation – stronger economy, more tax revenue, more to spend. That’s the plain truth behind Budget 2018… The irony for National is that for six years after the Global Financial Crisis and the Canterbury earthquakes, it continued to grow government spending at a time when the tax take was flat. The result was annual cash deficits from 2009 to 2016, funded by debt. The first cash surplus was in 2017. Having done the hard graft, National handed Mr Robertson an economy that is oozing cash.”

The notes to the Budget show that over the next four years, income tax is expected to increase by almost $10 billion, with almost $5b accruing from wage growth, almost $3b from growth in the number workers, and almost $2b from fiscal drag, which occurs when inflation pushes taxpayers into higher income tax brackets.

According to Budget forecasts, by 2022 the average worker will be on an annual income of $72,000. Unless adjustments are made to the tax brackets, New Zealand’s average workers will be forced to pay the country’s top tax rate of 33 percent – which kicks in at $70,000.

While National did eventually legislate to reduce taxes, it ended up being too little and too late. One of the first acts of the new coalition government was to cancel the tax cuts that were to take effect from 1 April, which would have given workers an extra $1,000 a year in income.

However, if the Prime Minister was genuine about wanting to help struggling families, she should align New Zealand to the moves of governments around the world to lower and flatten the tax system. They know that lowering a country’s tax burden, will not only increase the tax take, but it will also lead to stronger economic growth and greater prosperity.

Accordingly, New Zealand’s income tax thresholds should be indexed to inflation to prevent fiscal drag, and the top personal tax rate should be lowered to match the company rate, to make the tax system simpler and fairer.

The Budget shows that Labour is planning to spend an additional $24 billion over and above what was forecast for the next four years. This will be made up of new debt of $9b, almost $8b from National’s cancelled tax cuts, $5.3b of additional tax revenue created by higher economic growth, and $1.5b in tax changes – including collecting more tax from international businesses like Google, extending the bright-line test on housing investment, and imposing GST on low-value goods purchased from overseas online retailers.

The Budget outlines some key risks to the New Zealand economy.

These include the risk that if inflation rises, interest rates will increase too and constrain growth, since businesses invest less when borrowing costs are high, and households switch away from spending in favour of paying down debt or investing for higher returns. Households are especially sensitive to higher interest rates, since current household debt is at record levels relative to income.

Treasury points out the international connection – if interest rates rise in other countries, capital could leave New Zealand in search of a better return, and banks, which source their funding from overseas, would need to raise the cost of borrowing.

The Budget makes the point that housing is particularly sensitive to changes in migration. Since trans-Tasman flows are not controlled by visa requirements, if the Australian economy improves relative to ours, there is a real risk that the recent trend for Kiwis to return home will be reversed. This will impact heavily on the housing market and on budget forecasts in general.

Two risk factors identified in the Budget relate directly to the change in direction signalled by Labour in the run up to the election. These are firstly, Labour’s plan to ignore the concerns of the business sector and allow their trade union affiliates to dominate the workplace. And, secondly, through the radical environmental agenda they have appropriated from the Greens, their proposal to penalise farmers.

In particular, Treasury has identified low business confidence, which could dampen investment and curb employment growth, as a serious risk to the economy.

In fact, since Labour has been in power, business confidence has dived. Changes that have contributed to this include their plan to increase the minimum wage to $20 an hour by 2021, their significant increases in petrol tax, and their plan to turn the industrial relations clock backwards by empowering the unions.

In addition, businesses saw how ruthlessly Labour derailed the oil and gas industry – without any consultation, and without the ban on future deep sea oil and gas exploration even being signalled in their election manifesto.

It now turns out that Labour commandeered this and other extremist global warming policies from the Green Party, then promoted them as their own. This includes Jacinda Ardern’s “nuclear free moment” to introduce a zero emissions economy by 2050. But not only are we yet to hear what a zero emission economy would actually look like for New Zealand, but we are also still waiting for concrete evidence that global warming is real – rather than just computer model projections – before our backbone industries are undermined and our economy compromised.

Labour plans to start their radical zero carbon transition by bringing agriculture into the Emissions Trading Scheme, even though the only way to reduce emissions from livestock is to cut stock numbers. The cost to the sector will be hundreds of millions of dollars a year, and it will result in substantially lower export earnings.

As Treasury points out, this is a huge risk for a country that is so largely dependent on agriculture – falling exports would bring economic decline through slower growth, lower tax revenues, a lower exchange rate and more expensive imports.

In that light, Labour’s plan to penalise the farming sector can only be described as reckless ideology.

So while the winner of the Budget handout stakes goes to ‘Kingmaker’ Winston Peters, who secured almost $3 billion in funding for his pet projects, the real victor is the Green Party, which, through its presence in Government, is influencing Labour to penalise business and potentially cripple our backbone agricultural industry through radical policies that are so extreme, no other country would seriously consider enacting them.

Do you support or oppose Labour’s Budget?