A Climate of Authoritarianism 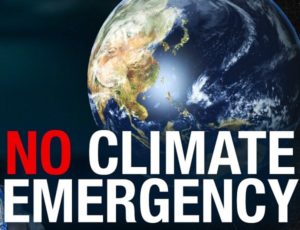 Life is going back to normal.

Or so we have been led to believe.

But that’s not the whole truth.

By Government decree, you are still required to isolate for 7 days if you contract Covid-19 – but not if you catch the flu.

Masks must still be worn in some places including medical establishments and rest homes.

And mandates can still be applied under ‘health and safety’ guidelines, so the professional bodies regulating doctors, dentists, and nurses, for example, can still exclude the unvaccinated.

In Jacinda Ardern’s New Zealand, if you stood against her Government’s coercion, you may never be able to practice your profession again.

Nor will we ever be free of the threat of authoritarianism. It not only hangs over us as a precedent, but sinister new levels of surveillance are now in place. It’s the norm for the ‘misinformation’ police to monitor what we say, and who we associate with. And anyone daring to challenge Labour’s agenda – by speaking out against co-governance and He Puapua or the mantra that climate change is a man-made crisis – risks public vilification.

If we look back to the Prime Minister’s Speech from the Throne following her 2020 election victory, radical change was signalled: “The scale and pace of the recovery offers an opportunity to reshape the way things are done in New Zealand, to innovate and improve our position and our economy.”

She promised to build back ‘better’: “New Zealand’s response to COVID would be insufficient if it were to simply return us to the way we were before the virus. Recovering and rebuilding entails determined and connected action by government. That action can, and will, be used to reshape the economy to be more productive, more sustainable, and more equitable… We can be better than we were. This government’s mission is to make it so.”

Jacinda Ardern identified the ‘global climate crisis’ as a priority: “The Government is committed to the shift away from fossil fuels in order to build a new low-carbon future.”

Like the pandemic strategy, her Net Zero climate change response is being driven on a global scale – not only by the United Nations, and a myriad of environmental groups, but also powerful lobby groups like the World Economic Forum.

In fact a sophisticated campaign for radical action is being orchestrated by a world-wide ‘army’ of climate activists. Many have been trained by former US Vice President and World Economic Forum Trustee Al Gore – the architect of the alarmist film “An Inconvenient Truth”.

That 2006 masterclass in climate propaganda, claimed that by now there would a 20-foot sea level rise and 100 million climate refugees.

The passage of time has not only confirmed how absurd those predictions were, but also how wrong all of the alarmist projections over the last 30 years have been.

Jacinda Ardern is, of course, no stranger to the World Economic Forum. In 2014, six years after entering our New Zealand Parliament as the President of the communist movement the International Union of Socialist Youth – a position she continued to hold for a further 15 months after becoming an MP – she was selected as a WEF Young Global Leader.

As she explained to the world’s elite attending the 2019 WEF annual meeting in Davos, Switzerland, she’s using her time in office to entrench their agenda into our legislative and regulatory framework in such a way that it will lead to permanent change: “This needs to be something that we embed in our national cycles, in our political cycles, and in our actions and it needs to endure beyond us as individuals.”

One such WEF initiative is the use of “wellbeing” to replace GDP as a measure of economic progress. Another, of course, is the campaign for Net Zero.

Just as fear was used by the Prime Minister to convince the population of the need to comply with unprecedented Covid restrictions, so too she’s using fear of a man-made climate ‘crisis’, to create the urgency and justification for massive government intervention.

On 2 December 2020 Jacinda Ardern moved a ‘Declaration of Climate Emergency’ motion in Parliament, alleging New Zealand is in the grip of a climate emergency: “In order to avoid a disastrous 1.5 degree Celsius rise in global temperatures and beyond—a rise that would see increased risk to human health and livelihood, civil unrest, mass drought, disease, loss of lands and homes, increased fires, increased tropical storms, mass human displacement, and globally exhausted resources—we must act with urgency to ensure global emissions fall to net zero by 2050.”

Her motion passed by 76 votes to 43, with Labour, the Greens, and the Maori Party voting in support, while National and ACT were opposed.

The Prime Minister’s fearmongering appears to be working.

With the media promoting an endless doomsday narrative, most New Zealanders appear either indifferent or accepting of climate regulations – even those that will undermine our economy and cause living standards to fall.

Nor do they seem concerned that the apocalyptic predictions are fabricated.

Looking back through history, the truth about the climate is plain to see. Planet Earth has been on its current warming path since it emerged from the peak of the Little Ice Age around 1700, when ice pageants were held on the River Thames. Before that, around 1000 AD during the Medieval Warm period, Vikings farmed Greenland. Earlier still were the Dark Ages, a cool period around 500 AD, and before that, the Roman Warm period – and so it goes on.

During its more than 4-billion-year history, the planet has been far warmer and far cooler than it is today. And carbon dioxide, the gas the activists claim is ‘pollution’ and responsible for the planet heating up, has, for much of that time, been present in the atmosphere in far greater concentrations than today. 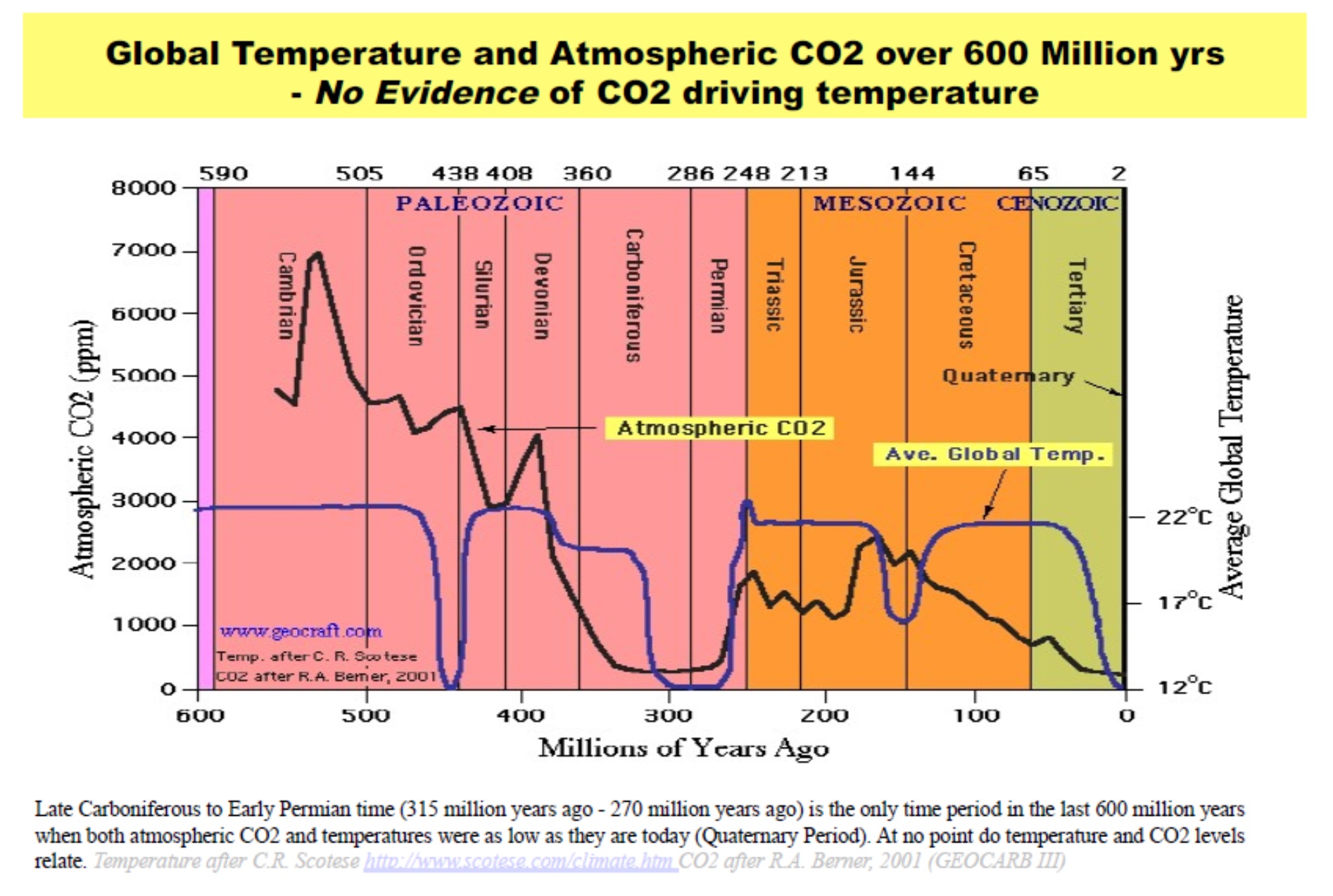 The reality is that warming and cooling are part of the natural cycle of planet Earth. These cycles are driven by the sun, winds, clouds, ocean currents, and a myriad of other complex factors – but not carbon dioxide, which is known as a ‘trace gas’ because it is present in the atmosphere in such minute quantities.

Yet climate activists have captured the narrative and are scaring the public into thinking the world is going to end – unless the government takes control of the economy and imposes regulations that will cripple our productive sector.

It’s a truly bizarre situation – especially when China, Russia, and India, which are responsible for most of the world’s carbon emissions, are only paying lip service to the West’s obsession with climate change, while continuing to build coal fired power stations at pace to satisfy their energy needs.

By adopting the United Nations’ radical Net Zero goal, Jacinda Ardern plans to make New Zealand ever more reliant on “green energy” – energy that is, in fact, neither ‘green’ nor reliable.

Not only does the construction of wind and solar farms use vast amounts of fossil fuels for mining, transportation, and construction, but some parts of the supply chain – including cobalt mining for solar panels and the batteries that power electric cars – use child labour. Yet the politicians – and the environmental movement – continue to laud such products, conveniently turning a blind eye to the inconvenient truth of their manufacture.

Brushing aside the fearmongering rhetoric, Net Zero is a totalitarian plan to enforce UN mandates onto New Zealand that will destroy the viability of farming – along with many other industries that rely on the fossil fuels.

This week’s NZCPR Guest Commentator, former National Party Minister Barry Brill, the Chairman of the New Zealand Climate Science Coalition, has analysed the situation we are in and points out some glaring anomalies:

“The 2022 Budget took more taxes from working New Zealanders than any before in history, and at a time when real wages were plummeting at record rates.

“So that Labour Ministers could spend billions of extra dollars on their vanity project – the quest to lead the world in Climate Change spending; so as to realise the advertised ‘nuclear-free moment of the Prime Minister’s generation’.”

Unfortunately for New Zealand, Jacinda Ardern’s climate policy is all about profile – being seen as a world leader in climate change.

And sadly, the huge economic sacrifice she wants New Zealanders to make will achieve nothing – as Barry points out: “Our greenhouse gas emissions are less than one-fifth of 1% of the global total. They are a fraction of a drop in a bucket. They can make no conceivable difference to future global average temperatures.”

He highlights how harsh the PM’s restrictions actually are: “Our current emissions-reduction pledge is FIVE (5) times greater than the global average. The mean 2030 figure for 193 countries is 9%, while New Zealand’s figure is 50%.”

Barry also points out, that if our politicians were honest, they would admit that because New Zealand is a rural country with vast areas of forests and grasslands, all of our so-called ‘human induced’ carbon emissions would be completely absorbed many times over by our plant life, leaving no excess emissions at all: “New Zealand has already over-achieved the Net Zero target. Right now, our country is a net carbon sink, and the vegetation in our National Parks alone absorbs more than four times our annual human-related emissions… Alas, as a result of artificial, poorly-negotiated rules, our pre-1990 native forests are ignored in counting our National Inventory for UN purposes. But the scientific fact remains that, while politics sees us as a net emitter, science sees us as a net sink.”

In his article Barry outlines 20 reasons why New Zealanders should no longer tolerate the PM spending precious taxpayer dollars on her vanity project – “to lead the world in climate policy”.

Isn’t it time we collectively pushed back against this dangerous obsession – one that is wasting precious taxpayer funding that should be invested in health, education, and other policies to build a better future?

In light of the fearmongering that Kiwis are being continually bombarded with, there are two simple facts that need to be understood.

The first is that anyone calling carbon dioxide a “pollutant” is either a climate activist or is totally uninformed about science.

Carbon dioxide is the gas of life. It is essential for photosynthesis, which allows plants to trap the sun’s energy and convert it into the food that all living things need to survive.

And the second fact is that throughout most of the Earth’s history, the planet has had carbon dioxide levels significantly higher than they are today – up to 20 times higher – and since it did not cause catastrophic warming back then, it’s not going to do so now.

The reality is that nature controls the climate, not politicians. The most sensible thing we can do is learn to adapt – as humans have always done throughout history.

In fact, a new paper from the INFN, an Italian national research institute, has analysed extreme weather events from around the world, including floods, droughts, and cyclones. The scientists found that in spite of all the hype and predictions of a climate Armageddon, there has been no appreciable change in the intensity or frequency of extreme weather events: “None of these response indicators show a clear positive trend of extreme events… On the basis of observational data, the climate crisis that, according to many sources, we are experiencing today, is not evident yet.”

The reality is that for politicians, like Jacinda Ardern, the ‘climate crisis’ is a convenient vehicle to manipulate the public into accepting revolutionary change towards a more controlled society.

Surely, it’s time for the public and opposition politicians to call out the climate crisis as a political device that’s being used by socialist politicians to exert more control over the lives of others.

*Do you believe that New Zealand is in the grip of a climate emergency?