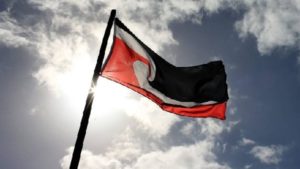 The Maori Party has rejuvenated itself since its election defeat in 2017 by becoming more radical. With little chance of winning a place in Parliament, it is releasing extremist policies to try to get noticed. In so doing, it is revealing the divisive separatist agenda that underpins the Maori sovereignty movement.

They regard all English place names as ‘cultural oppression’ and they want the present-day names of cities and towns to be replaced with Maori names by 2026. Not dual names, so non-Maori speakers will understand what they mean, only Maori names.

Asked why shouldn’t there be dual names, the founder of the Maori Party and former co-leader Dame Tariana Turia said, “Why should we allow dual names? You came to our country and changed all of these places and names to suit yourselves. This is our country. We should be entitled to have our place names – the names we believe are important.”

Questioned on whether the Maori Party was worried their policy would create a backlash, she replied, “Of course it will risk a backlash because we have a lot of ignorant people in this country.”

The Maori Party candidate Rawiri Waititi said renaming New Zealand and its place names would be a bold move that “elevates te reo Maori to its rightful place” – in other words, a dominant position over English.

The Maori Party’s Maori language policy states, “It is the duty of the crown to do all that it can to restore the status of our Reo to where it was when they arrived on our whenua.”

Accordingly, they want significantly more resources poured into resurrecting the language – presumably paid for by those taxpayers Tariana Turia describes as ignorant.

As Marama Fox, then a co-leader of the Maori Party explained back in 2016, the Maori language is a key to part of their long term plan to take over the country: “In her vision, New Zealand would gradually move to its own unique form of governance, one that would abandon the Westminster model in favour of Maori customs, principles and values.”

She had ‘plotted it out’: “It would take 36 years – 12 election cycles – for a Maori sovereignty party to share government… it’s a radical vision… but if we believe in it, then we need to march towards it. The critical step in shifting New Zealand thinking is to make the Maori language a core subject in the country’s schools.”

Marama Fox argued that “people look at things differently once they’ve acquired te reo. The Maori world view is different and that’s expressed in the language. The language unlocks our history and our thinking.”

What is disturbing – if news reports are to be believed – is that those New Zealanders who are enthusiastically embracing the learning of the Maori language appear oblivious to the underlying threat to our Kiwi way of life.

The Maori language is already being used as a weapon of control by the cultural police who are everywhere – vigilant and nasty, abusing people if they criticise, mispronounce, or, it seems, even use the language.

Signs of such problems are often dismissed as political correctness gone mad, but they are real – and serious – as this week’s NZCPR Guest Commentator, veteran journalist Bob Edlin, explains:

“A leather shop in Wellington apologised after coming under fire for unwittingly taking its name from the Maori word huruhuru. The owners of the leather shop removed their store’s Facebook page after being sent abusive messages, insults, and racist slurs but said they couldn’t afford to rename the store…

“Aynur Karakoch who owns the Huruhuru leather store in Wellington with her husband Ercan said they had chosen the name in a bid to ‘embrace’ the Maori language and culture. ‘We do not have any intention to offend anybody regardless of nationality or religion, and we are sorry if some people got offended’…

“The store had opened just a few weeks earlier and its name had been registered with New Zealand’s Intellectual Property Office, which cleared it with a Maori committee beforehand.”

In other words, the couple had done everything right by getting their intellectual property application signed off by IPONZ – the government agency that provides advice on whether Maori words and designs can be freely used, or whether they might offend Maori and need to be evaluated by the Maori Trade Marks Advisory Committee.

This vetting process should ensure that such businesses avoid accusations of ‘cultural appropriation’ – attempting to gain commercial benefit from Maori culture. But in addition, the ‘official’ status of the Maori language should mean it is freely available for anyone to use.

This view is shared by Dr Steve Elers, a senior lecturer at Massey University’s school of communication, journalism and marketing, who says he no longer believes in the concept of ‘cultural appropriation’: “I don’t have a problem with anyone, anywhere in the world using Maori names, imagery, and other cultural signs. Previously, I thought it was ‘offensive’, but I no longer hold that view.”

As Bob Edlin explains the problems the leather shop faced were caused by the activist Te Hamua Nikora, who objected to their use of a Maori word in their name: “Some people call it appreciation, I call it appropriation. It’s that entitlement disease they’ve got. Stop it. Use your own language.”

Mr Nikora, who runs the vigilante Facebook group ‘Our Culture is Not Your Paycheck’ promotes violence against non-Maori businesses that use Maori words: “This group has been set up as a place where we can share such businesses as we find them, then as a united front make a move against them to get them closed down.”

Back in March, the Kapiti Coast makers of Indiginous Gin were also victimised by the group – even though the targeted product had been on the market for over a year. Accused of cultural appropriation and violently attacked on social media by those same culture bullies, they binned their officially approved brand name and carefully designed label, saying, “We unreservedly apologise for any offence. It was certainly never intended”.

Such threats and intimidation are unlawful.

Threatening to harm people or property is an offence under section 307A of the Crimes Act. The penalty is up to seven years in prison – if the threat causes “significant disruption of the activities of the civilian population” and creates a risk to public health.

On-line threats are also against the law, with perpetrators facing up to two years in prison or a fine of up to $50,000, under section 22 of the Harmful Digital Communications Act.

In addition, using a Facebook group to threaten and intimidate others is a breach of the company’s rules – it should be closed down.

Claims that Maori language and culture are being inappropriately used to offend Maori have led governments down the rabbit hole of “cultural training”.

The concept has been expanded over the years – including when the former National Government forced it into the education system.

Now, under Jacinda Ardern’s administration, it is being infiltrated across the state sector.

The lead agency is Te Arawhiti, the Office for Maori Crown Relations that was set up to give Maori leaders a greater influence within government.

According to their website, the Maori Crown Relations Capability Framework is key to coordinating ‘capability’ building within the government service.

Their objective appears to be to elevate the position of Maori to a privileged status through goals which “enable New Zealanders to recognise the place of Maori, as tangata whenua, in New Zealand”; “acknowledge the significant contributions of Maori to New Zealand”; “enable Maori to exercise rangatiratanga”; “ensure racial equity and address structural discrimination across the public service”…

One of the key proficiencies identified for state servants is “Understanding racial equity and institutional racism”.

Their indoctrination even promotes Maori activism: “Understands the history and importance of Maori activism in shaping and building the Maori Crown relationship.”

The framework suggests that public servants should be “Open to unlearning western style models and approaches” and be prepared to “Attend residential immersion programmes”.

Is such racist brainwashing imposed by Prime Minister Jacinda Ardern any different from the so-called ‘cultural training’ that communist dictators have forced onto citizens throughout history?

Costing millions of dollars, these programmes are ‘training’ government workers to believe the divisive anti-New Zealand propaganda promoted by the radical separatists in the Maori sovereignty movement. Based on ‘critical race theory’, which is the Marxist doctrine that also underpins the Black Lives Matter movement, they are taught that all white people are deemed to be guilty of racism, whether they intend it or not.

Such indoctrination not only divides Kiwi society, but it runs counter to the fundamental belief in equal rights upon which our nation was built.

It’s a similar situation in the United States, where Federal employees are being forced to “attend trainings where they are told that virtually all White people contribute to racism or where they are required to say that they benefit from racism”.

This led the US President earlier this month to order the White House Office of Management and Budget to eliminate any trace of “critical race theory” in the Federal Government.

He has condemned far-left theories that “defame our heroes, erase our values, and indoctrinate our children” and wants to end any involvement in such theories by the federal government.

As a result of the directive, the White House said, “The days of taxpayer funded indoctrination trainings that sow division and racism are over. Under the direction of President Trump, we are directing agencies to halt critical race theory trainings immediately.”

The full memo, which can be read HERE, concludes, “The divisive, false, and demeaning propaganda of the critical race theory movement is contrary to all we stand for… and should have no place in the Federal government.”

With New Zealand now in a recession, do we have a political leader committed to reducing unnecessary government spending, who will terminate all taxpayer-funded cultural training programmes and eliminate the racist indoctrination that is being forced onto our country?

A cultural takeover is well underway in New Zealand. Modern-day Marxism is marching through our institutions, academia, and the media. It is largely funded by taxpayers. If it is not stopped, it will threaten democracy itself.

*Should all taxpayer-funded cultural training within government be terminated?