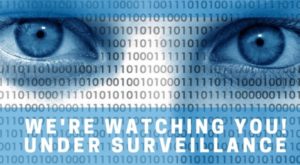 “In a world of propaganda, the truth is always a conspiracy.”

Free speech used to be something we all took for granted – being able to say exactly what we thought, sharing politically incorrect jokes, watching outrageously funny and highly popular TV programmes like the Two Ronnies, Monty Python’s Flying Circus, ‘Allo ‘Allo.

Nor was it all British humour that captivated the nation – Billy T James was a Kiwi hero, as was Barry Crump.

All that is now gone – not because we have lost our sense of humour, but because someone somewhere said they were offended.

We now live in an increasingly dystopian world, where saying the wrong thing can get you ‘cancelled’ – fired, socially ostracised, even jailed.

Worse, under Jacinda Ardern’s regime, New Zealand is morphing into an Orwellian society, where things no longer mean what they say – ‘lies’ are being called the “truth”, and the real ‘truth’ is being re-classified as “misinformation” or “disinformation”.

This was on display during the Prime Minister’s recent address to Harvard University – as journalist Graham Adams explains, in an article in The Australian:

“The 8000 graduating students at Harvard who listened to the Commencement address delivered by New Zealand’s Prime Minister probably found her defense of democracy inspiring. But few of those hearing her warning that ‘Democracy can be fragile’ would have any idea of her stealthy and persistent attempts to strangle it in her homeland.

“While she was more than happy to pose before a receptive audience in Boston as a staunch defender of democratic ideas, she is far more equivocal about the topic at home.

“Perhaps that should not be surprising as she bends to the will of her powerful Maori caucus to insert ‘co-governance’ with unelected iwi members into a broad swathe of New Zealand life — from health and education to the conservation estate and planning law.

“The concept of ‘co-governance’ – based on a radical interpretation of the Treaty of Waitangi as a contract that mandates 50:50 power-sharing between iwi and the Crown – is, at heart, a form of ethno-nationalism, and completely antithetical to true democracy.”

And that’s the problem with our Prime Minister, who says one thing when she is overseas but means another when she is back home – which is why it is so important to examine her speeches carefully.

In her address, the PM stated, “The foundation of a strong democracy includes trust in institutions, experts and government – that can be built up over decades but torn down in mere years.”

She then claimed, “We are at a precipice, and rather than ask what caused it, today I want to talk about how we address it.”

It’s not surprising that the Prime Minister doesn’t want to discuss what has caused the fracturing of public confidence and trust in the Government – the “precipice”, as she describes it – because she and her politics of division are the cause.

Until Jacinda Ardern became PM, New Zealanders were largely trusting of their Prime Ministers, secure in the knowledge that if they deviated too much from the straight and narrow, the Fourth Estate would hold them to account.

Not so anymore. Labour’s $55 million Public Interest Journalism Fund ‘bribe’ has put paid to that.

As a result, through her own actions, Jacinda Ardern has gravely undermined trust in the Government for many New Zealanders.

To refresh our memory, two incidents stand out.

The first was her claim on 19 March 2020 that her Government is the ‘single source of truth’: “Prime Minister Jacinda Ardern has quashed rumours that the Government is set to announce a total lockdown across the country to combat coronavirus. She stressed for people to only trust official Government sources as misinformation only fuelled public panic. ‘I cannot go round and dismiss every rumour I see on social media, as much as I’d like to. When you see those messages, remember that unless you hear it from us, it is not the truth’.”

Four days later she announced the start of the world’s most stringent nation-wide month-long lockdown.

Her lie marked the transformation of New Zealand into what at times resembled a totalitarian regime – with the PM’s Orwellian call for “kindness” used to disguise the cruelty and heartbreak that was being caused.

Not only was her lockdown against Ministry of Health advice, it was also illegal. She hadn’t even bothered to ensure she had the legislative authority to impose the dictatorial restrictions she had announced. Those restraints not only crushed basic human rights, but, by calling on “the team of five million” to ‘dob in’ neighbours, family, and friends flouting her draconian rules, Jacinda Ardern divided society.

The PM then used the world stage to paint herself as a hero in saving lives, ignoring the human cost of locking down New Zealanders for weeks on end – denying urgent health care, preventing social interaction, and destroying businesses. The resulting “excess” death toll was thought to be well over 1,000 – people who died as a consequence of her lockdown.

The second incident was the scandal of vaccine mandates.

On September 9th 2020, just five weeks before the General Election, Jacinda Ardern promised there would be no forced vaccinations. She said those who chose to opt-out wouldn’t face any penalties at all: “‘No, and we haven’t for any vaccination in New Zealand applied penalties in that way,’ Ardern told The AM Show, after being asked if there might be sanctions for refusing a Covid-19 vaccine.”

Her subsequent introduction of vaccine mandates turned that promise into a lie. It also made a mockery of her “be kind to each other” mantra, as again, she violated human rights, created serious financial hardship, and further divided society.

When the High Court ruled in February that vaccine mandates for Police and Defence Force staff were unlawful, they also revealed that the Ministry of Health had advised the Prime Minister that mandates were unnecessary.

In spite of that, Jacinda Ardern deliberately deceived the ‘team of five million’ into thinking mandates would limit the spread of Covid-19, when in fact, they had nothing to do with health, but were being used as weapons of coercion, to force compliance with her vaccine strategy.

Perhaps it was the fear of being caught out and exposed for the disinformation she was spreading, that caused the Prime Minister – in contrast to her approach at Ihumatao where she went out of her way to end the occupation peacefully – to not only refuse to meet Parliament’s anti-mandate protesters but to go to great lengths to malign and discredit them.

This week’s NZCPR Guest Commentator, Waikato University’s Professor John Gibson, has been investigating vaccine mandates, finding not only that the health advantages from the trials of the experimental Pfizer vaccine were seriously overstated to New Zealanders, but that the costs of the mandate policy far outweighed the benefits:

“Whether in hope or in ignorance, politicians and public health bureaucrats overstated the testing criteria used for the vaccines. A trusting public believe what they are told, and so expect the vaccines to be effective in protecting against SARS-CoV-2 infection and in reducing mortality risk.

“Politicians who rely on focus groups and internal polling when considering things like vaccine mandates then find that a misinformed public supports these interventions. The imposition of mandates is likely to have further added to the misunderstanding because, surely, a kind and caring government would only mandate something that is in people’s best interests because it is ‘safe and effective’.”

In fact, Jacinda Ardern has deliberately attempted to close down any critical assessment of her vaccination strategy, including by labelling criticism as conspiracy theory.

And conspiracy is clearly a matter of such great importance to our Prime Minister, that she raised it in her Harvard speech: “When facts are turned into fiction, and fiction turned into fact, you stop debating ideas and you start debating conspiracy.” This then led her into a discussion of the “scourge of disinformation”.

It turns out that Jacinda Ardern has numerous taxpayer-funded government agencies investigating conspiracy and disinformation. These include the Ministry of Health’s Disinformation Assessment and Response Team (DART), the national Computer Emergency Response Team (CERT NZ), the New Zealand Police, the Department of Internal Affairs, and the Department of Prime Minister and Cabinet (DPMC), which operates the National Security Group, the National Centre for Preventing and Countering Violent Extremism, the COVID-19 Group, COVID-19 Modelling Aotearoa (run by Professor Shaun Hendy with Associate Professor Siouxsie Wiles) – and an associated agency, The Disinformation Project.

A key part of their work is monitoring “information disorders”, which apparently occur whenever anyone shares so-called ‘misinformation’ or ‘disinformation’. This ‘disorder’ is considered so serious that it is identified not only as a threat to social cohesion, but also to “the country’s democratic fabric and electoral integrity”.

It seems the Department of Internal Affairs is well advanced in preparing for sweeping regulatory changes to increase protection against the sharing of such “harmful” content across all communication channels including previously unregulated websites, social media, print media, as well as radio and TV.

Harm is, of course, highly subjective and, in practice, can be attached to virtually anything, which is why “losing trust” sounds suspiciously like anything opposing Government policy!

Does this signal the impending wholesale regulation of free speech platforms in New Zealand – under the pretence that they could be causing harm to society?

Is this the beginning of a new age of authoritarianism – an attack on anyone who challenges Labour’s dogma through any forum, including protest action?

Without a doubt, as a result of Jacinda Ardern’s authorisation, New Zealanders are under surveillance as never before.

Just this week, Herald Business Journalist Kate MacNamara confirmed this state of affairs in an article investigating social media surveillance: “Controversial social media surveillance commissioned by the Government analysed New Zealanders’ private messages to government sites without their knowledge, and contrary to the officials’ descriptions of the work. Private company Resolution provided the Department of Prime Minister and Cabinet with some 231 ‘social listening’ reports over a period of two years, at a cost of more than a quarter of a million dollars.”

In some cases, Kate explains, the reports “contained both excerpts of individuals’ comments from social media as well as the commenters’ profile pictures.”

While such surveillance has been described as “shocking” and “unethical”, is it, in fact, a glimpse of our future?

The reality for New Zealand is that through ignoring ‘official advice’ and making her disastrous “Captain’s Calls”, Jacinda Ardern is creating an Orwellian society where the ‘single source of truth’ has become the source of ‘untruth’, and a ‘Disinformation’ agency is likely to become a source of ‘misinformation’. As if that’s not bad enough, she then has the gall to prance on the world stage presenting an illusory façade of virtue.

Fortunately, more and more former Labour Party voters are waking up to the damage to the country that’s being caused by Prime Minister Ardern. From replacing democracy with the toxic Maori supremacy agenda for ‘co-governance’, to undermining free expression by turning New Zealand into a surveillance society, the real question is how much more carnage will she be allowed to create before the 2023 general election?

*Who do you believe is the biggest perpetrator of “disinformation” in New Zealand – citizens or the Government?