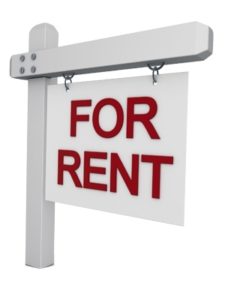 While While most New Zealanders are extremely supportive of a Free Press, that support is based on the assumption that the media is balanced and acts independently of commercial and political interests. But some of the biased and over-zealous reporting that we have witnessed over recent times casts serious doubts about the media’s integrity.

In fact, you could be forgiven for thinking that some are puppets of the Labour Party – especially if you have been following the emergence of timely news stories that seem designed to promote that party’s political agenda.

Before the last election, reports about homeless people and struggling families that were hugely critical of National, relentlessly hit the headlines. Day after day, we were confronted with stories designed to create the impression that the Government was failing this vulnerable group – a view consistent with that promoted by the Opposition.

Then, miraculously, as soon as the election was over and Jacinda Ardern became Prime Minister, those stories disappeared, even though the homeless people and struggling families had not gone away.

Now the Labour media machine is at it again – this time it’s been rental property providers who are in the spotlight. A plethora of ‘bad landlord’ stories backed up the government’s anti-landlord agenda and the release of a “discussion” document – see HERE – by the Minister of Housing Phil Twyford, that he says will make life easier for tenants.

Labour clearly sees the landlord-tenant relationship as a definitive political ‘battleground’. Anyone living in rental accommodation is regarded as a potential voter. Put simply, there is political capital to be made by demonising landlords and victimising renters. The problem is that the political argument that landlords are evil exploiters and that the law is failing tenants is built on lies.

Attacking landlords while in opposition is one thing, but attacking them while in government is simply foolish. The Government needs private sector landlords, since they provide housing for the vast majority of New Zealanders who don’t own their own home.

In addition there are 83,000 public housing units, with 63,000 owned or managed by Housing New Zealand, around 12,000 owned by local councils, and some 8,000 owned by other social housing providers.

So while the Government, through Housing New Zealand, provides accommodation to over 60,000 families, the vast majority of over 589,000 families rent their homes from private sector landlords.

The reality is that the Government should be applauding those New Zealanders who provide rental housing, not penalising them. The risk for the Government is that if they make the rules and regulations surrounding long term renting too onerous, there is every chance that property investors will sell up. This would leave the Government and social housing providers having to fund additional rental housing stock.

This week’s NZCPR Guest Commentator, Mike Butler, a long term property investor and NZCPR Research Associate, who has analysed the impact that the recent changes in the rental housing sector has had on landlords, agrees:

“The years of apparent punitive action may lead private landlords to conclude that investment in rental property is no longer profitable and that the Government is waging a war on them. The latest move may appear as the last straw, and they decide to sell and move on.”

Mike outlines the recent changes that have been imposed on rental property owners. They include the introduction in 2015 of a “bright-line” capital gains tax test for the sale of residential rental property. Shortly after taking office, Labour extended the taxable time frame from two to five years.

Three separate amendments to the Residential Tenancies Act (RTA) have already been introduced over recent years. The first, in 2016, required smoke alarms to be fitted into rental homes, as well as ceiling and underfloor insulation. The second, which prohibits the use of ‘letting fees’ to cover the cost of letting a tenancy, and the third, which updates the laws relating to drug contamination, liability for damage caused by tenants, and renting out unsuitable premises, are still in front of Parliament.

Labour also passed the Healthy Homes Guarantee Act straight after becoming the Government. This shocking piece of legislation, which will introduce new minimum standards for private sector rental housing – for insulation, heating, ventilation, draught stopping, drainage, and moisture ingress – has become law without the details of the regulations being specified. With the new requirements scheduled to come into force on July 1, 2019, with compliance required by July 1, 2024, we would urge anyone concerned about the escalating cost of regulation for rental housing to review the proposals in the discussion paper HERE. Submissions must be sent to the Ministry of Business, Innovation and Employment (MBIE) by 22 October 2018.

So what are the new changes Labour is proposing to the RTA?

The Minister claims that New Zealand’s tenancy laws are ‘antiquated’ and do not work well for tenants. But through his one-eyed approach, he risks hurting the very people he claims he wants to help.

New Zealand’s rental housing market is governed by the RTA. It was passed in 1986 to establish the fundamental rules relating to residential tenancies and to set in place the Tenancy Tribunal to resolve disputes.

Statistics show that 90 percent of all applications made to the Tribunal are made by landlords, with three quarters of those for rent arrears. In other words, for every landlord failing to meet their obligations, there are nine tenants who are not meeting theirs. Perhaps the Minister needs to address problem tenants before he attacks landlords.

In fact, there are a number of things the Minister could do if he was really serious about improving the situation – including speeding up access to the Tenancy Tribunal, since at the present time it can take almost two months for a hearing date.

A range of changes have been proposed in the discussion document including limiting rent increases to once a year (up from the current six months), banning rental bidding, beefing up the rights of tenants to challenge rents they consider are higher than market rents, and requiring landlords to show the formula they plan to use to calculate future rent increases.

These changes are likely to lead to higher rents. By limiting increases to once a year, more landlords are likely to raise rents on an annual basis – especially if a formula has to be included in the lease, whereas at present, if landlords have good tenants, many prefer to leave things as they are, rather than risk losing them through rent increases.

In addition to outlining specific changes to the RTA, the discussion document raises issues like heating and ventilation. While regulations are already in place to improve insulation in rental housing, the reality is that some tenants do not heat their home because they can’t afford the electricity – or more accurately, they give less priority to heating costs than to other things.

And thanks to successive governments pandering to the environmental lobby, wood fires have now been all but banned in many parts of the country, depriving many families of a cheap home heating alternative.

Ironically, through their ‘zero-carbon’ crusade, the Labour Government is planning to introduce measures that will significantly increase power prices, seriously exacerbating the cost of heating difficulties that many tenants already face.

In fact, most of the problems that Labour likes to pin on landlords, are caused by tenants themselves. If children pick up diseases caused by overcrowding, such as rheumatic fever, pneumonia and meningococcal disease, it’s not the fault of the house. Many child ailments can be aggravated by inadequate heating or improper ventilation, but again, turning on heaters or opening windows are the responsibility of parents.

Other law changes touted by the Minister include increasing the rights of tenants to keep pets, allowing tenants to make “reasonable” modifications to the property, and introducing significant new compliance and enforcement powers for the regulator MBIE.

The most contentious change that Labour has outlined – and the most dangerous – is their proposal to remove the ‘no-cause’ termination provision in the Act, which allows landlords to end a tenancy through a 90 day notice without having to give a reason.

At the present time, while tenants can give landlords 21 days notice that they plan to leave, landlords must give 42 days notice if the owner, a family member, or employee wants to live in the property, or if it has been sold with vacant possession. All other terminations require a 90 day notice period.

But not only is Labour signalling that they intend to increase a landlords’ notice period to 90 days in all cases, they also want to remove a landlord’s ‘no-cause’ right of termination.

This is seriously misguided. If the Minister needs reminding why, he need look no further than the tragic events that unfolded on July 27 2017.

On that morning, a property manager and her daughter, attending a property inspection at a rural home near Whangarei, were shot dead by a tenant who thought he was going to be evicted. A contractor who had gone along to install fire alarms, was also shot and injured.

Following a stand-off with the Police, the home was burned to the ground and the badly burnt body of Quinn Patterson was later recovered.

It turns out that his landlord had recently tried to evict him and as a result, he barricaded the house and gathered a stash of weapons – shotguns, rifles, handguns, thousands of rounds of ammunition, and even hand grenades.

He’d said he wasn’t moving out until after his lease was up and threatened to kill anyone who tried to force him out early.

While this was an extreme example, it does show that asking some tenants to leave a property can be exceedingly dangerous. The law should not be changed to make it more difficult than it already is.

In fact, the Minister does seem to be aware that his proposed change could be dangerous, because he appears to be considering allowing public housing providers to be excluded from the requirement – under the guise that similar conditions will be introduced through a different law.

If this suggested exemption is indeed because the law change would increase the risk to public housing providers, then it is only acceptable if the same protection is made available to private housing providers as well.

Since Minister Twyford has a responsibility to ensure that any legislative changes he proposes are not only reasonable and fit for purpose, but – most importantly – will not endanger lives, he should discuss his proposed removal of ‘no-cause’ rights of termination directly with landlords and neighbors in rental housing areas, where disorderly and disruptive tenants are living. In extreme cases, when it is a gang, their threats and intimidation can impact the whole neighbourhood.

The problem is that property owners may not have been aware, when they rented out their home, that the tenant had gang connections – and that the brotherhood intended moving in. But once they are there, with the community up in arms, but too fearful to make formal complaints, the situation can become extremely volatile and dangerous. Law changes should not be introduced that could potentially make this difficult problem worse.

Since the Minister of Housing appears to have embarked on his reforms under the assumption that  landlords are evil exploiters of vulnerable tenants, it is inevitable that his ‘solutions’ are misguided. Most of what he has proposed will not only lead to a decrease in the amount of rental housing available, but to an increase in rents as well. That is certainly not in the best interests of tenants.

Submissions on the proposals are open until 5pm, Sunday 21 October 2018 – if you are affected, we urge you to have your say HERE.

Do you agree with Labour that the present rental laws are unfair on tenants, or do you think they are fair?