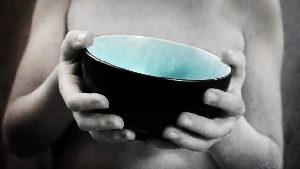 The Prime Minister says that addressing child poverty is a priority for her administration.

In last November’s Speech from the Throne, setting out the new Government’s agenda, the Governor General said, “This government will put child poverty at the heart of government policy development and decision-making. It will establish targets to reduce the impact of child poverty and it will put these into law.  A work programme will be put in place across all relevant areas of government to achieve these targets.  Heads of government departments will be required to work together to deliver real reductions in child poverty.”

Given that commitment that government departments will be required to work together to deliver real results, it is indeed ironic that one of the first decisions made by Jacinda Ardern was to scrap National’s Public Service Targets and Social Investment approach, which required all Government agencies to work together to achieve better social policy outcomes.

For example, the Public Service target to reduce rheumatic fever in children required cross agency collaboration to address the underlying causes of the illness, which includes poor housing conditions.

Reducing long-term welfare dependence and the devastating impact it has on children, was another Public Service target, that officials acknowledged required teamwork across agencies.

Being on a benefit for extended periods of time is known to increase the risk of poverty, social dislocation and deteriorating overall health. With more than 112,000 New Zealanders having spent at least five of the last 10 years on a benefit, their children are likely to experience a range of negative outcomes, including poor educational achievement, and becoming benefit dependent themselves.

Through Public Service targets, the former Government pro-actively promoted participation in paid employment. This required an integrated cross-agency approach that better identified the causes of long-term welfare dependence and the support needed to help those beneficiaries move into employment.

Since the Public Services targets were set in place in 2012 – and refreshed in 2014 – welfare dependency has reduced to the point where the proportion of the working-age population on welfare is the lowest since 2007.

The greatest reduction has been in the number of sole parents receiving Sole Parent Support, an achievement that’s largely the result of more intensive case management, and greater access to employment and training-related supports.

A range of new Public Service targets were established in May last year, including ensuring 90 percent of pregnant women register with a Lead Maternity Carer in their first trimester, reducing the number of hospitalisations for children under 12 with preventable conditions, and improving the literacy and numeracy of children.

Such targets have provided key performance measures for the responsible Ministries and have been important factors in Chief Executives’ performance reviews.

Yet our new Prime Minister says she doesn’t believe that public officials and ministers should be held personally accountable for specific targets! That’s why those extremely important Public Service targets have been scrapped.

When it comes to addressing child poverty, the Prime Minister claims her Government will make an “historic dent” by halving child poverty over the next 10 years, to “establish New Zealand as one of the best performing countries for children”.

But this week’s NZCPR Guest Commentator, Lincoln University Economics Lecturer Dr Greg Clydesdale, takes a more reasoned view. He says by focusing on inequality, instead of poverty, Labour’s promise to solve child poverty will fail – because their attention is on the wrong policy solutions:

“I suggest that the reason the left wing fail to solve poverty is because they never try to solve it. Instead, they focus on inequality.

“The left-wing use ‘poverty’ and ‘inequality’ as if they are equivalents, but they are very different. Poverty is an absence of necessities, whereas inequality is a comparative statement of income and wealth.

“To solve inequality, you simply need to take money from those who have it and re-distribute it to those who have less. That is what ‘Working for Families’ did. The result is a more equal distribution of income, however it doesn’t solve the underlying causes of poverty, so it continues into the next generation.”

Equivalised disposable income is the total income of a household, after tax and other deductions, that is available for spending or saving over a twelve month period, divided by the number of household members converted into equalised adults – whereby each is weighted according to their age: 1.0 for the first adult, 0.5 for the second and subsequent people aged 14 and over, and 0.3 for each child younger than 14.

Of the four primary measures in the Bill, the first focusses on the number of children that live in low income households earning less than 50 percent of median equivalised disposable household income – before deducting housing costs.

The second is on the number of children living in low income families earning less than 50 percent of median equivalised disposable household income – after deducting housing costs.

The third is on the number of children living in material hardship – using a definition to be provided by the Chief Statistician that’s likely to be based on the European Union’s threshold of going without such things as healthy food, warm clothes, or delaying going to the doctor.

And the fourth measure is based on the number of children living in persistent poverty, which again will be determined by the Chief Statistician and is likely to include low income measures and material hardship.

The first is the number of children living in low income families earning less than 60 percent of the median equivalised disposable household income – before deducting housing costs.

The second is those living in low income families earning less than 60 percent of median equivalised disposable household income – after deducting housing costs.

The third is those living in low income families earning less than 50 percent of median equivalised disposable household income – after deducting housing costs (essentially the same as the primary measure).

The fourth is those living in low income families earning less than 40 percent of median equivalised disposable household income – after deducting housing costs.

The fifth is the number of children living in severe material hardship.

And the sixth is those living in low income families earning less than 60 percent of median equivalised disposable household income – after deducting housing costs – and experiencing material hardship.

On top of those ten statutory measures, a number of statutory reports must be produced by the Government, including one on Budget day, which reports on the progress that’s been made towards reducing child poverty and how the Budget contributes to that goal.

Section 21 of the Bill also requires the Government to set targets for the primary measures – long-term 10-year targets, and intermediate 3-yearly targets.

The second is to reduce the proportion of children living in households with incomes below 50 percent of median income after housing costs from 20 percent to 10 percent – from 210,000 to 120,000 children.

And the third is to reduce the proportion of children estimated to live in material hardship from up to 15 percent to 7 percent – from up to 150,000 to 80,000 children.

The fourth 10-year target will be announced once the Chief Statistician has provided a definition of ‘persistent poverty’.

The Prime Minister also said that three year targets would be announced before submissions opened on the Bill – but they opened in early February, and those targets are still not available.

For anyone interested in making a submission on the Bill, a further aspect to be aware of is that the focus of the final Part 3 is on changing the name of the 2014 Vulnerable Children Act to the Children’s Act. The closing date for submissions is April 4 – full details can be seen HERE.

The fundamental problem with the newly announced targets is not only their mind-numbing bureaucratic complexity, but by focussing a child poverty bill on income inequality, the new Government appears to be setting the scene for a new round of income redistribution – increasing taxes on those earning more than the median wage to give to those receiving less.

Instead of dealing head on with these causes of child deprivation, Labour is taking a lazy and failed socialist approach if it even thinks that taking money from those who are independent and giving it to those who are dependent is the solution to poverty.

We should not stand back and let them get away with promoting sloppy policy that will end up deepening the dependency trap and making the problem a whole lot worse.

To turn this around, it’s not relative income measures that are needed, but policies to end intergenerational welfare dependency.

That means making sure that people cannot abdicate from their responsibility to work for a living and be the breadwinner for their family.

It means requiring beneficiary parents who squander their money – instead of using it to feed and clothe their children – to undergo ‘income management’.

It means ensuring the education system is flexible enough to identify and help children, whose parents do not value learning, early enough to prevent them becoming crippled for life by educational underachievement.

It means ensuring that the labour market can provide opportunities for everyone – including those who are unskilled and inexperienced.

One of Labour’s “achievements” is its programme to lift the minimum wage to $20 by 2021. While that will appease its union affiliates, it will have a devastating impact on low productivity workers, including young people and the long-term unemployed, who will find themselves permanently priced out of the labour market.

An analysis for the Ministry for Business, Innovation and Employment, on the impact of a $20 minimum wage found that over 60,000 jobs could be lost from the economy.

So, in spite of their fine rhetoric, Labour intends deepening the dependency trap and effectively condemning tens of thousands of able-bodied beneficiaries and their children to a dead-end life on welfare – instead of lifting them to a future independent of the State.

And that’s what Jacinda Ardern does not appear to understand – that the very best way to help disadvantaged families with children is to ensure the economy is strong and vibrant, that the welfare system has at its core the expectation that everyone who is able-bodied and of working age should be self-sufficient and independent of the State, and that the education system equips all young people with the skills they need to succeed in the workplace – and in life.

In fact our Prime Minister would do well to heed the wise words of President Abraham Lincoln: “We cannot bring about prosperity by discouraging thrift. We cannot help small men by tearing down big men. We cannot lift the wage earner by pulling down the wage payer. We, Governments or people, cannot keep out of trouble by spending more than we have. We cannot build character and courage by taking away initiative and independence. We cannot help people permanently by doing for them what they could and should do for themselves.”

Do you believe Labour’s income redistribution approach to lowering poverty will have lasting results?