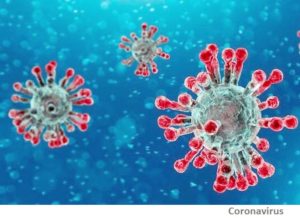 On December 31 last year, the Municipal Health Committee in the city of Wuhan – the capital of the Hubei province in central China – announced a small outbreak of an unknown type of viral pneumonia. It had affected 27 people associated with South China Seafood City, a live-animal market.

Symptoms included a sore throat, fever, and breathing difficulties. Chest x-rays showed the presence of lesions on the lungs. Seven of the patients were reported to be in a serious condition but the remainder were stable.

The patients had been isolated for treatment, and investigations were underway to discover the cause of the infection. No obvious human-to-human transmission was reported.

China, which had been at the centre of two new viral pneumonia outbreaks in the past – bird flu (H5N1) and SARS (Severe Acute Respiratory Syndrome) – had been heavily criticised for withholding information for too long. So, when this new outbreak occurred, the World Health Organisation (WHO) was notified

By January 5, the number of patients had increased to 59. Seven were critical. Preliminary investigations had ruled out influenza, bird flu, SARS and MERS (Middle Eastern Respiratory Syndrome). While there was still no evidence of human-to-human transmission, 163 close contacts were being followed up for observation.

Two days later it was announced that the virus had been isolated and the genome sequence obtained. It was a new (novel) type of coronavirus (CoV), a family of viruses – named for their  crown-like spikes – that can infect both animals and people, causing a range of respiratory illnesses from the common cold to more dangerous conditions like SARS and MERS.

Because the new virus could cause severe acute respiratory syndrome it was named SARS-CoV-2. The disease associated with it is now referred to as COVID-19.

Seven coronaviruses are now known to infect humans: the alpha, beta, gamma, and delta strains, SARS, MERS, and COVID-19. While the first four are responsible for influenza-type illnesses, with a fatality rate of 0.1 percent, both SARS and MERS are more deadly.

With no effective antiviral drugs for COVID-19 available, recovery depends on the strength of a person’s immune system.

Initial assessments show that while the effects of the disease can be minor, with some infected people not even aware that they have it, for older people and those in poor health – particularly with pre-existing medical conditions such as asthma, diabetes, and heart disease – the impact can be severe.

While the overall death rate in China was 2.3 percent, in the Hubei Province, where the outbreak began, the death rate was 2.9 percent, compared with just 0.4 percent in other provinces — a 7-fold difference.

The spread of the disease has been rapid. According to data provided by the WHO – which is coordinating the global response – at the time of writing, not even 12 weeks after the first case presented itself on December 12, some 87,137 people have been infected in 58 countries, with 2,977 recorded deaths.

This week’s NZCPR Guest Commentator, Dr Matt Ridley, a science journalist and Member of Britain’s House of Lords, explains that the natural host of the new coronavirus is a bat. He describes how COVID-19 is thought to have spread to humans through a pangolin – an endangered anteater sold at the Wuhan market that had probably been infected by a bat:

“This is not the first disease bats have given us. Rabies possibly originated in bats. So did Ebola, outbreaks of which usually trace back to people coming into contact with bat roosts in caves, trees or buildings… SARS, which originated in China in 2003, is derived from bats, though possibly via civet cats. So is MERS, a similar bat-borne coronavirus that’s killed hundreds of people and camels in the Middle East since 2012.

“Why are bats responsible for so many recent zoonoses (posh Greek for infections acquired from other animal species)? First, bats are mammals, which means they are sufficiently closely related to us for some of their viruses to thrive in our bodies. A virus that lives in a fish or a bird is less likely to be able to infect a human being, influenza being a rare exception, caught from ducks via pigs.

“Second, bats have never been domesticated. On the whole we have already caught the diseases of cows and pigs and dogs. Measles, smallpox, anthrax and tuberculosis were all gifts from our farmed animals.

“Third, unlike most other mammals, bats live in huge flocks — just as we do. They therefore host viruses that spread by casual contact.

“But why now? That is easy to answer too. It’s not because of climate change or the destruction of forests. Bats have lived in belfries, as well as dead trees, for centuries. It’s because we now live at such high densities and travel so much… we are a tempting target. The chances are that plenty of people died of bat-borne infections in the past too, but the epidemic usually petered out because villages were small and long-distance travel was rare.”

It’s the fact that COVID-19 infects the upper respiratory tract that makes it so easily spread. That’s why health agencies are focussed on containment.

Essentially the advice for keeping yourself safe is common sense.

Because the virus spreads by direct contact, it’s important to maintain a social distance of at least a metre from anyone coughing or sneezing to protect yourself from the small droplets they spray that may contain the virus. Since infected droplets can land on surfaces that may infect your hands, it’s important to avoid touching your eyes, nose and mouth to prevent the virus entering your body and making you sick.

That’s why the main recommendation is to wash your hands regularly and thoroughly with soap and water, or use an alcohol-based hand rub, to kill any viruses that may be on your skin.

Anyone who has a cold is advised to cover their mouth and nose with a bent elbow or a tissue when coughing or sneezing. If they develop a fever or breathing difficulties, they are advised to stay at home and call their doctor or the Ministry of Health Help Line on 0800-358-5453.

While anyone who is sick should consider wearing a facemask to help prevent the spread of their infection, the advice for healthy people is that they only need to wear a mask if they are taking care of a person with a suspected infection.

Those who are vulnerable, such as the elderly or anyone with existing respiratory or immune problems, are advised to protect themselves as much as they can by getting the latest flu vaccine as soon as it becomes available.

For most people who become infected, the illness will be mild, and they will recover. The incubation period has been found to be between two and 10 days before symptoms start to appear, with an average of five days. That’s why anyone concerned they might have caught the disease is advised to self-isolate for 14 days. If flu-like symptoms start to appear – a fever greater than 38°C along with a shortness of breath, cough or sore throat – they should call the Help Line.

According to the WHO website, lots of false claims are being made about preventing and treating COVID-19, so it’s worthwhile outlining some sensible advice for anyone experiencing flu-like symptoms.

Firstly, stay home and get plenty of rest, so your body can better battle the infection. If it is more serious, a fever may occur as your body turns up the heat to fight the virus. Drink plenty of fluids to keep your respiratory system hydrated. That way, any mucus that forms will be thin enough to be coughed up – reducing the chances of it infecting the lungs. Sitting in a steamy bathroom or running a humidifier can ease congestion and coughs. Expectorants to help break up mucus and saltwater nasal sprays are effective too.

The global community has responded to this virus threat with unprecedented speed. Clinical trials have already commenced to test existing antiviral drugs, and work on developing a vaccine is now well underway.

Making vaccines is said to be as much an art as a science. It involves finding a viral sequence that will reliably trigger a protective immune-system response, but not acute symptoms. This requires testing in labs and eventually in people. While it took 20 months from obtaining the gene sequence of the SARS virus to clinical trials of a vaccine, scientists are hoping to do the same for COVID-19 in just weeks.

The outbreak has been declared by the WHO as a public health emergency of international concern. While the infection rate is high, fortunately the fatality rate appears to be relatively low.

In comparison, the H5N1 bird flu kills over 50 percent of those it infects. While it spreads rapidly in birds, so far it doesn’t in humans as there are only 455 recorded deaths.

But the WHO has warned, “If the H5N1 virus were to change and become easily transmissible from person to person while retaining its capacity to cause severe disease, the consequences for public health could be very serious.”

Last month, China’s Ministry of Agriculture reported there had been an outbreak of H5N1 in the Hunan province, which borders Hubei where COVID-19 originated. Over half of a farm’s 8,000 chickens had died from the disease. Authorities had culled 20,000 poultry to try to contain the outbreak.

While there were no reports of human contagion, it’s important to remember that viruses are constantly changing, and major concerns remain about the potential for the deadly H5N1 to adapt. With annual deaths from the ordinary flu estimated to be as high as 646,000 globally, it’s not hard to imagine the devastation such a virus mutation could cause.

Since the cost of developing a new vaccine is said to be in the vicinity of $1 billion, maybe it’s time for a greater global effort to protect humans from the threat of deadly viruses. Perhaps some of the estimated $1 trillion-plus that is currently being spent globally on trying to prevent natural climate change could be redirected to a cause that could potentially save humanity from a real threat.

With many people infected by COVID-19 showing no symptoms at all, and new reports emerging that community transmission is occurring in some countries as people fall ill with no known source of infection, shouldn’t we be asking whether it’s realistic to be trying to stop the spread of COVID-19 through the imposition of travel bans and other restrictions – as if the disease is as deadly as, say, H5N1? Or should we be regarding it as another influenza strain that we have to learn to manage and live with?

The evidence is definitely pointing to the latter.

*Do you think there is now too much hysteria around the COVID-19 outbreak?