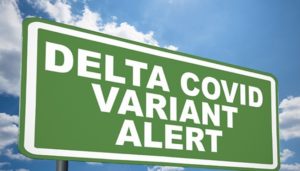 US President Ronald Reagan’s famous expression, “The nine most terrifying words in the English language are: I’m from the Government, and I’m here to help” used to bring a chuckle from New Zealanders, who traditionally regarded ‘The Government’ as benign.

One of the first warning signs of Jacinda Ardern’s totalitarian tendencies came after the Christchurch Mosque attacks, when the rights of law-abiding firearm owners were abolished without warning or consultation.

Then, in March last year, in an unprecedented response to the global pandemic, the whole country was forced into a lockdown. For the first time in our history, those fundamental democratic freedoms protected by the New Zealand Bill of Rights – including our freedom of association and movement – were suspended.

In an article, What Price Liberty and the Virus, written at the time, former Judge and law lecturer Anthony Willy expressed his concerns: “In a sinister twist loss of these rights is backed by an apparently highly popular government encouraged scheme of dobbing in one’s neighbour for possible infractions. At the time of the fall of the Berlin wall it was estimated that the membership of the Stasi was about 80,000 but that many times this number were unpaid informants assisting the Stasi to protect the state from infection with the very ideas and principles the government has suspended.”

We now have new vaccine mandates for teachers and health workers. That mandate renders meaningless clause 11 of the New Zealand Bill of Rights, which says: “Everyone has the right to refuse to undergo any medical treatment”.

The mandate also represents a total reversal of the pledge the Prime Minister made before the 2020 election. When asked by AM Show host Duncan Garner whether penalties would be used to force vaccines onto New Zealanders, the PM said, “No, and we haven’t for any vaccination in New Zealand applied penalties in that way… I see no reason to have penalties.”

Jacinda Ardern’s broken promise was largely unreported by the mainstream media. In fact, it’s hard to imagine any “free world” country having a more compliant, pro-government media than New Zealand has at the present time.

Let’s examine how we have arrived at this point where medical mandates overrule human rights.

Covid emerged early in election year, and the Ministry of Health guided New Zealand’s response, through the National Pandemic Plan. That plan was developed to deal with highly contagious airborne viruses, and was successfully used by John Key’s National Government during the 2009 swine flu pandemic.

The Plan involved managing the spread of infection, so as not to overwhelm health services, with the goal of developing natural population immunity – aided by vaccines, if and when they became available.

In March, assisted by some alarmist modelling and a $16 million budget for PR and communications consultants, Prime Minister Ardern took command. She ordered everyone into that first lockdown and changed New Zealand’s goal from managing the virus to ‘eliminating’ it.

Attempting to eradicate a highly contagious airborne virus, that was never going to be exterminated globally, was a contentious decision.

Nevertheless, the harsh lockdown worked and not only was Jacinda Ardern celebrated around the world for “saving New Zealand”, she was re-elected with an absolute majority – something never before achieved under MMP.

But as predicted, the virus mutated, and Delta penetrated through the Government’s shambolic border security system. The going “hard and early” mantra had not been applied to the vaccine rollout, and New Zealand ended up with the lowest vaccine rate in the OECD. As a result, the country is vulnerable to the virus, and on-going lockdowns are crippling small business.

Following these developments from the UK is this week’s NZCPR Guest Commentator, journalist and author Ross Clark, who shares with us a critique of our PM’s performance that he wrote for the Daily Telegraph:

“New Zealand now is pretty well in the same position as Britain was in March 2020, with pockets of cases erupting into what threatens to become one large outbreak. What New Zealand has done for the past 18 months – attempt to become a Covid-free island by sealing its borders – never was an option in Britain’s case, just as continuing with a zero Covid policy is no longer a choice for New Zealand.

“Was New Zealand’s experiment worth it? If the country can get its vaccination rate up quickly it might very well be possible to argue that yes, it was – although the economic damage will still be massive. Unfortunately, however, Ardern’s government has not used its extra time to get ahead with vaccinations.

“That puts it among the very lowest of developed countries. Moreover, because Covid has been largely absent, very few people have acquired immunity through natural infection. The country is vulnerable, therefore, to the kind of explosive epidemic that Britain saw early on in the crisis.

“The world can finally see that zero Covid was a dead end which delayed but did not eliminate Covid, while drawing out the economic damage from repeated lockdowns as far as the eye can see.”

Ross describes and explains the vitriolic abuse he received when questioning our Prime Minister’s strategy: “To many on the soft-left, Arden represented all that they advocated in a government: compassion, competence and vision. She was the living example of why we should have more women in charge of politics, business and everything else.”

He then points out the reality: “If Ardern is a rock star, I’m afraid she has reached second album syndrome. What looked so clever to many people a year ago no longer looks quite so smart.”

Here are some facts about the Pfizer vaccine – the only one available to New Zealanders. While traditional antigen vaccines inject inactivated virus material into the body to trigger the production of antibodies to fight the disease, Pfizer uses gene technology. The messenger RNA – part of the genetic code of the virus – that is contained in the vaccine instructs the body to make the viral spike protein, which then trains the immune system to identify and attack Covid-19.

The Pfizer vaccine has been given “provisional” approval by Medsafe to be used in New Zealand. The website documentation acknowledges the vaccine’s experimental status, with many key matters such as the duration of protection provided, still being determined through “ongoing clinical trials”.

As with any immunisation programme, information on any adverse events reported after vaccination is collated by Medsafe. Their website shows that by the end of September, over 5 million vaccinations have resulted in 22,832 adverse reactions, with 838 deemed to be “serious”. In addition, of the 75 deaths that have occurred following vaccination, investigations to date have attributed only one directly to the vaccine.

Medsafe’s risk management plan for Pfizer indicates the need for more safety data for those who are pregnant or have underlying health conditions. It is uncertainties such as this that have resulted in some Kiwis being extremely concerned about the Pfizer vaccine. Given their hesitancy, it would clearly be advisable for an alternative to be offered. Since the Government has announced its intention to purchase Novavax – a traditional antigen vaccine – as a booster, surely it would make sense to introduce it as soon as possible as an alternative to Pfizer.

Vaccines normally aim to achieve two goals: firstly, to protect the vaccinated person from the disease, and secondly, to prevent the spread of infection.

The Delta variant, which originated in India late last year and is now surging around the world, generates a far higher viral load and greater infectivity.

Because Pfizer was developed for the Wuhan strain of Covid-19, while it helps reduce the severity of infection in most people, it will not prevent the transmission of Delta.

So, knowing that, what advice does the Ministry of Health provide for Kiwis wanting to protect their families from Covid?

A comprehensive Ministry of Health report on potential Covid-19 therapeutic treatment options, concludes, “There are no therapeutics currently approved in Aotearoa New Zealand for mild or moderate COVID-19 disease.”

In response to growing public concern about this lack of early treatments for Covid, Pharmac recently announced it has secured 60,000 doses of an experimental anti-viral medication called ‘molnupiravir’. In spite of limited safety trial testing, the drug will be made available to at-risk people with mild to moderate symptoms.

The Director General of Health, Dr Ashley Bloomfield has also discussed some early intervention options being considered by the Government, explaining that if drugs used for other purposes are found to have therapeutic benefits for treating Covid, they “can be prescribed to a Covid patient by a doctor, despite the drugs not being officially approved for that use.”

An exception is Ivermectin, a drug with known antiviral prophylactic and therapeutic qualities, that has been safely used all around the world for the past 30 years, but which New Zealand doctors have now been banned from prescribing for Covid.

With the Government now predicting thousands of community cases of Delta, with hospitals unable to cope, it’s important to be aware that both India and Indonesia, which recently experienced unprecedented Delta outbreaks, successfully brought the virus under control. Since neither case has been widely reported in the mainstream media, it is worth noting the details here.

It was a similar story in Indonesia, the world’s fourth most populous country. Faced with a massive spike in Delta cases swamping hospitals in July, the Food and Drug Monitoring Agency granted Emergency Use Authorization for Ivermectin. The Indonesian President Joko Widodo ordered the National Defence Forces to distribute free health packs of Ivermectin and vitamins to vulnerable populations. From a peak of 57,000 new cases in a single day, cases declined sharply.

In spite of these results, and dozens of trials that are taking place around the world, the current advice from our Ministry of Health is: “The Australian Guideline, ISDA, and WHO recommend not using ivermectin outside of clinical trials as there is insufficient evidence to make a recommendation.”

Meanwhile our Government is racing to lift the vaccination rate before Delta becomes uncontrollable. In January, the Director-General of Health said the aim should be to have at least 70 percent of the population vaccinated against Covid: “The more people vaccinated … the more likely we can get that herd immunity effect where we stop any transmission within the community”.

The percentage of people who need to be vaccinated to achieve herd immunity varies with the disease. According to the World Health Organisation, herd immunity against measles requires a 95 percent vaccination rate. For polio, the threshold is about 80 percent, and for Covid, between 60 and 70 percent of a population needs to be immune to “really break the chain of transmission”.

But Jacinda Ardern is pushing for “90 percent”. Does she see this as a pathway to again become a world leader in the fight against Covid?  Is 90 percent more political than medical?

Delta is here, and most now accept it is here to stay. That requires a much more considered response than confining people to their homes. It also needs a much more reasoned approach to finding solutions for those who are hesitant about the Pfizer vaccine. Instead of villainising them and dismissing their concerns as misinformed, a better approach is to find solutions. One would have thought a Prime Minister who claims to be caring would have done this already.

The situation New Zealand is now in represents a real test for our Prime Minister. Will she continue the authoritarian divide and rule approach that Ronald Regan warned about, or will she finally realise that in a democracy true leadership involves protecting rights, not trampling them into the ground.

*Do you think it is possible to contain the Delta outbreak?