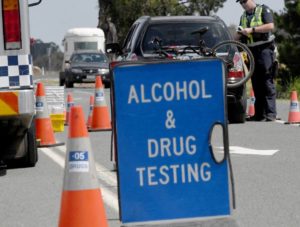 At 11:11am on Wednesday the 27th of June 2018 on State Highway 3 just outside Waverley, a car travelling south crossed the centre line and crashed head-on into a vehicle journeying north.

Seven people were killed. It was one of New Zealand’s worst road accidents.

The four elderly occupants in the northbound car all died on impact. The driver of the southbound car and his two month old baby daughter died at the scene. The mother and her eight-year-old daughter – who was not wearing a seatbelt – were airlifted to hospital with critical injuries. The young girl died the next morning.

The driver of the southbound vehicle had smoked three ‘cones’ of synthetic cannabis on the morning of the fatal crash – before setting off on the journey from Stratford to Wanganui.

At Hawera, they picked up more cannabis and sat in a park smoking, while the little girl played. They were still smoking while ordering takeaways at a McDonald’s drive-through. A witness says the driver was slurring his words and making “inexplicable” changes to his food order.

The driver was on his learner’s licence and already had more than 100 demerit points. Shortly after resuming the journey,  he lost control of the car, crossing the centreline and colliding with the oncoming vehicle.

The family of the elderly couple who died in the crash were devastated by the accident and are calling for the random drug testing of drivers on New Zealand roads.

One of the sons lives in Victoria in Australia where random roadside drug testing is commonplace. He is extremely critical that it is not in place here: “We will as a family fight for this in the name of the innocent people who were killed in this accident, as a result of a driver under the influence of drugs.”

New Zealand Police undertake around 3 million random roadside breath tests a year for alcohol. In 2017 this led to 25,543 convictions for drink driving.

But when it comes to detecting drugs an ‘impairment’ test is used. This means the Police can only pull over motorists they suspect are driving under the influence of drugs. Trained officers are then required to carry out the test, which involves checking a driver’s eyes and coordination. If they fail, a blood test is required. As a result of this complexity, in 2017 there were only 540 convictions for drug impaired driving.

In comparison, Victoria has operated a random roadside drug testing programme for over 15 years, with the number of roadside tests approaching 500,000 per annum.

According to the Victorian Transport Accident Commission these tests are conducted from Police booze buses, as well as from marked and unmarked patrol cars, motorcycles and mobile intercepts. The Police have the right to pull drivers over at any time to test for traces of illicit drugs including cannabis, methamphetamines and ecstasy.

Saliva samples are analysed at the roadside. Drivers with a positive result are asked to repeat the test, and if that is also positive, the sample is then sent to a laboratory for confirmation. The lab test results form the basis for charging the driver.

The penalties for being caught with illicit drugs in their system can include the completion of Drug Driver Programs, fines, demerit points, license suspensions, or criminal convictions.

With the potential for cannabis to be legalised in New Zealand after the next election, the call for the random roadside drug testing of drivers is growing louder.

Last year a paper that was submitted to Cabinet noted that our present drug testing regime was ineffective as a deterrent: “The low number of Compulsory Impairment Tests completed limits the opportunity to achieve a general deterrence effect, meaning that the perceived and actual risk of detection is minimal. A University of Waikato survey of drivers in 2017/18 found that 60 percent of drivers thought people were likely to be caught by Police for drunk driving but only 26 percent thought people were likely to be caught for drugged driving.”

This helps to explain why the number of road deaths from drugged drivers now exceeds those from drunk drivers, with 79 people killed by drivers impaired by drugs in 2017, compared to 70 alcohol-related deaths.

The Cabinet paper explained that over recent years the number of road deaths in New Zealand has been rising: there was a 49 percent increase in fatalities in five years from 253 in 2013, to 378 in 2017. Of the drivers killed in those accidents 29 percent had used alcohol and 52 percent had used drugs: 27 percent cannabis, 10 percent methamphetamine, and 15 percent other drugs including pain killers like codeine and tramadol, and sedatives like zopiclone, clonazepam and diazepam. Of the drivers testing positive for alcohol, over a quarter had also used cannabis.

Drug use is now the major threat to public safety on our roads.

There is no doubt that the introduction of random roadside breath testing has been largely responsible for a significant decline in alcohol related road fatalities. In 1990, alcohol was involved in 42 percent of fatal crashes, while in 2017, it had fallen to 20 percent.

Going forward there needs to be a similar shift in public attitudes towards drug-taking and driving. Not only does smoking dope then driving need to be seen as socially unacceptable, but cannabis users need to believe that there is a very good chance that they will be caught if they smoke then drive. This will no doubt involve intense and highly visible roadside drug testing.

While the Green MP who is responsible for road safety – Associate Minister of Transport Julie-Ann Genter – was initially reticent over the introduction of random drug testing for drivers, she now appears supportive. That could be because public concerns over the danger that drugged drivers pose on our roads is growing and turning people against the Green Party’s plan to legalise cannabis.

In fact the Government is now moving swiftly to attempt to address growing public concerns over increasing cannabis use. They appear to want to set the country up for a “yes” vote in next year’s legalisation of cannabis referendum. This includes the large investment in mental health that was announced in the Budget to address a chronic shortage of services including for drug addiction.

The Government’s intention is to answer the legitimate concerns being raised about the link between mental health and cannabis use by saying that support measures are in place. However, they should be focussing on limiting drug use to avoid the problems, rather than trying to treat them once they exist.

To progress their liberalisation agenda, the Government is decriminalising drugs use, by making it a health issue, rather than a crime.

This decriminalisation of drugs is being introduced through the back door by incorporating the necessary changes into an “omnibus” bill – which is usually reserved for amendments that are not controversial – instead of through its own legislation.

New provisions are being added to Section 7 of the Misuse of Drugs Amendment Bill, which deals with the “Possession and use of controlled drugs”. These changes will give the Police the discretion to not prosecute someone for the possession and personal use of illegal drugs if a health-centred therapeutic approach would be considered more beneficial – or if there is deemed to be no public interest in a prosecution.

The reality is that this Labour-New Zealand First-Green Party Government has gone soft on drugs through decriminalisation in order to pave the way for cannabis legalisation.

One of the international jurisdictions that has led the way in the legalisation of cannabis is Colorado, in the US.

This week’s NZCPR Guest Commentator is the former District Attorney for Colorado Bob Troyer, who was appointed in 2016 and outlines the impact of the State’s disastrous experience with drug liberalisation:

“In 2012 we were told Colorado would lead the nation on a grand experiment in commercialized marijuana. Six years later — with two major industry reports just released and the state legislature and Denver City Council about to consider more expansion measures — it’s a perfect time to pause and assess some results of that experiment.

“Where has our breathless sprint into full-scale marijuana commercialization led Colorado?

“Now Colorado’s youth use marijuana at a rate 85 percent higher than the national average.

“Now marijuana-related traffic fatalities are up by 151 percent.

“And now Colorado has a booming black market exploiting our permissive regulatory system — including Mexican cartel growers who use nerve-agent pesticides that are contaminating Colorado’s soil, waters, and wildlife.

“Marijuana commercialization has led Colorado to these places.”

Bob Troyer explains that the commercialisation of cannabis did not result in the expected major boost of tax revenue because the meagre gains were more than “washed out” by the costs of public health, public safety, and regulation.

Nor did it eliminate the cannabis black market. In fact, Colorado’s black market exploded after commercialisation as sophisticated international drug traffickers and money launderers moved in and rented premises so they could grow the drug under the cover of legalisation and sell it out of state for many times the price.

Those promoting commercialisation promised that alcohol use would diminish; instead it has climbed.

Young people, whose brains are most vulnerable to addiction, are not protected by the laws, but are targeted by commercial producers who make most of their profit from heavy users. Goods designed to hook young users such as marijuana pizza and high potency gummi candy are heavily promoted, along with marijuana-consumption devices that avoid detection at schools like vape pens that are made to look like high-lighters and eye-liners.

Bob Troyer says, “I’m not sure the 55 percent of Coloradans who voted for commercialization in 2012 thought they were voting for all this”.

Canada is another country that recently legalised cannabis – in October last year. A newly released federal study shows an escalation in use, especially by teenagers and young people. There was also a significant rise in the number of people driving after smoking dope.

In considering cannabis legalisation, the dangerous side effects need to be clearly disclosed – facts the Green Party and other pro cannabis campaigners are not revealing.

In terms of mental illness, cannabis use doubles the risk of psychosis and schizophrenia.

Cannabis can be as addictive as heroin or alcohol and can lead to hard drug use. One in ten adult dope smokers become addicts. For teenagers, one in six who regularly smoke cannabis become dependent on it. The impact of cannabis use on a teenager’s developing brain is profound – it can cause long-lasting damage, affecting cognitive abilities such as learning, attention and decision-making, as well as academic performance at school.

In terms of the risk of lung disease, smoking one cannabis joint is the equivalent of smoking up to 5 cigarettes.

And in terms of cancer risk, smoking cannabis is far more harmful to human health than smoking tobacco – smoking one cannabis joint is the equivalent of smoking 20 cigarettes.

The hypocrisy of the Government turning a blind eye to the cancer risk of smoking cannabis, while at the same time promoting the goal of a Smoke Free New Zealand by 2025, is reprehensible.

No government should be allowed to treat its citizens with such contempt – and any that does should never be trusted at any level.

Is all of this what we really want for New Zealand?

The Ministry of Transport’s consultation paper, asking for public feedback on whether the random roadside drug testing of drivers should be introduced, can be seen HERE. Submissions can be emailed to the Ministry at drugdrivingconsultation@transport.govt.nz and must be received by 5pm Friday the 28th of June 2019

Do you support the introduction of the random roadside drug testing of drivers in New Zealand?