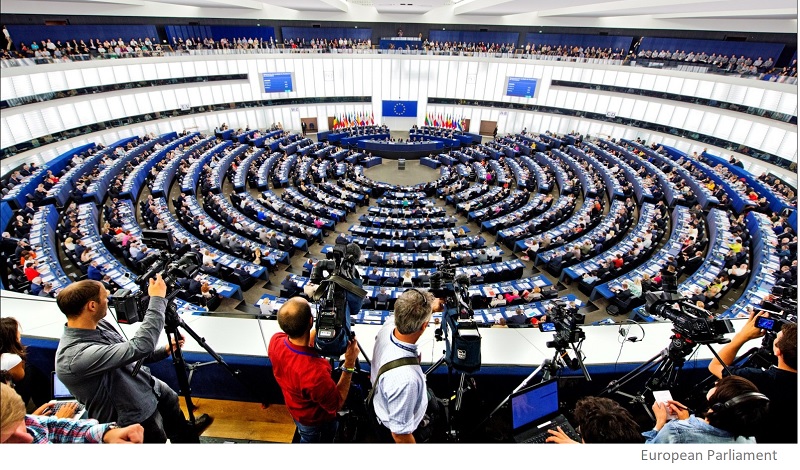 Like the recent Australian election, last weekend’s European Parliamentary election has delivered some major upsets. There are lessons for New Zealand in both of these results.

Over 400 million people across the 28 nations of the European Union were eligible to vote in the five-yearly election. The 751 members of the European Parliament will be responsible for signing off the EU’s massive budget as well as passing hundreds of laws affecting member countries that cover everything from the number of hours employees can work, to air quality standards, to data privacy laws.

The election turnout of 50.5 percent was the highest in 25 years. This has been attributed to the tumultuous events experienced by EU countries over recent years, including terrorist attacks, migration crises, eurozone woes, and the on-going disruption caused by the UK’s referendum decision to leave the European Union.

The election delivered heavy blows to establishment parties across Europe, as voters switched to alternatives on both the left and right of the political spectrum. A number of the populist parties that had previously campaigned on leaving the EU improved their results by promising to influence Europe from the inside.

The European Parliament operates on political affiliations known as ‘groupings’. A political group must consist of at least 25 MEPs who have been elected across at least seven EU countries Voting alliances tend to form on an issue-by-issue basis.

There are eight political groups that national parties can currently join.

The EPP – the European People’s Party – is a traditional centre-right, pro-EU grouping that is the biggest in the Parliament.

The S&D – the Progressive Alliance of Socialists and Democrats – is a traditional centre-left bloc that is predominately pro-EU, and forms the second biggest group in Parliament.

The ALDE – the Alliance of Liberals and Democrats for Europe – is made up of pro-EU liberal-centrists.

The Greens/EFA – the Greens and European Free Alliance – is made up of pro-EU green and regional parties.

The ENF – the Europe of Nations and Freedom – is made up of far-right parties and hard euroskeptics.

The EFDD – the Europe of Freedom and Direct Democracy – is an alliance of populist and euroskeptic parties.

The NA – the Non-Aligned – group consists of Members who choose not to align themselves to any groups.

Others refers to new Members who do not belong to any political grouping – yet.

While the two largest parties have traditionally formed a ‘Grand Coalition’ of the centre-right and the centre-left, they have now lost their majority. The EPP fell under 25 percent for the first time since 1989 and the S&D slid below 20 percent – their worst performance since the European Parliamentary elections began in 1979.

While the expected ‘green wave’ led to Green parties gaining second and third placing in Germany, France, Finland and Luxembourg, they won no seats in Southern and Eastern Europe, and only two seats in Central Europe.

In Italy, Deputy Prime Minister Matteo Salvini’s far-right League party overshadowed its larger government partner, the 5 Star movement, with an anti-immigration “Make Europe Great Again” campaign. Salvini hoped to unite far-right parties into a powerful voting bloc that could champion a return of power from the ‘elites’ back to nation states: “It’s not just Italy, it’s Marine Le Pen in France, Nigel Farage in the UK, it’s Hungary, Poland … We finally have to change after decades of bureaucrats and bankers’ rules.”

The biggest upset was in Britain, where the political impasse over Brexit created havoc. The Conservative and Labour votes collapsed as Brexit supporters shifted to Nigel Farage’s 6-week old Brexit Party and remainers supported the Liberal Democrats.

While the European election was essentially a series of national and regional battles, what was clear is that voters are more prepared than ever to punish establishment parties that fail to represent their concerns.

This trend was also evident in the Australian election, where Labor leader Bill Shorten learnt this lesson the hard way by snatching defeat from the jaws of victory in an election that had been termed ‘unlosable’. His Party was punished for losing touch with the needs and aspirations of the silent majority, who supported Prime Minister Scott Morrison into a ‘miracle’ win.

While most pollsters and commentators had predicted a Labor success, Dennis Shanahan, The Australian’s political editor, explains that the loss had been signalled: “In railing against the ‘failure’ of the polls to predict the Morrison victory, the media is missing its own failure, a failure of Trumpian proportions in which polls were ­ignored or misread, and realities set aside in favour of the preferred result of the insiders, the elite and the affluent.”

He outlined how the final pre-election Newspoll had Labor’s primary vote at 37 percent and the Coalition’s at 38 percent, and as far as the preferred Prime Minister stakes were concerned, Bill Shorten was sitting on 42 percent while Scott Morrison was well ahead on 58 percent.

Polls in marginal seats had also recorded a swing towards the coalition, especially in the coal-mining states and other areas where Labor’s election pledges were going to hit hard.

Dennis concluded that the failure to predict the election result “wasn’t the fault of the polls. This was a misreading by a Labor Party that thought it had it in the bag and by journalists blinded by expectations who couldn’t look beyond the headlines.”

Similar forces are at play in New Zealand. Media reports are increasingly superficial, focussing on activists and social media, rather than balanced journalism that addresses the concerns of the silent majority.

Scott Morrison’s win was primarily a victory for good old fashioned campaigning with policies that appealed to the ethic that Australia is truly a country of opportunity, where, if you work hard, you will get ahead.

By following the radical Greens to the extreme left Labor increasingly turned voters off.

They campaigned on class envy – to reduce “inequality” they wanted to raise taxes on high achievers including retirees and property investors. In contrast Scott Morrison promised tax cuts.

On immigration, Labor wanted open borders, while the coalition promised to secure the borders.

Labor pressed for massive carbon taxes to combat climate change and save the planet, promoting an ambitious Paris target of 50 percent renewable energy by 2030. They proposed closing coal mines and didn’t seem to care that their policies would cause energy costs to skyrocket.

The coalition countered their agenda by explaining that Labor’s regulations and green energy standards would kill jobs, crush the economy and damage living standards. Not only that but all the pain would achieve absolutely nothing because China’s annual emissions dwarf Australia’s.

Scott Morrison campaigned with a lump of coal in his hands, explaining to voters that no green energy source in the world is as efficient and cheap as carbon.

In the end, the silent majority chose growth, plentiful jobs, tax cuts, and support for the energy industry.

This week’s NZCPR Guest Commentator Claire Lehmann, the founding editor of the Australian online magazine Quillette, has analysed the election result and explains just how out of touch Labor had become:

“What the election actually shows us is that the so-called quiet Australians, whether they are tradies in Penrith, retirees in Bundaberg, or small business owners in Newcastle, are tired of incessant scolding from their purported superiors. Condescension isn’t a good look for a political movement.

“Taking stock of real voters’ needs would require elites to exhibit a spirit of empathic understanding – such as by way of acknowledging that blue-collar workers have good reason to vote down parties whose policies would destroy blue-collar jobs; or that legal immigrants might oppose opening up a nation’s border to migrants who arrive illegally. More broadly, the modern progressive left has lost touch with the fact that what ordinary people want from their government is a spirit of respect, dignity and hope for the future. While the fetish for hectoring and moral puritanism has become popular in rarefied corners of arts and academia, it is deeply off-putting to voters whose sense of self extends beyond cultish ideological tribalism.”

Claire believes this realignment of left wing parties to increasingly reflect elitist views is underway all around the world. As a result, ‘Labour’ parties are increasingly alienating the blue-collar workers they once represented.

This phenomenon certainly appears to be at play in New Zealand. The ‘elites’ in Labour and the Greens have captured the agenda, attacking free speech, advancing race-based privilege, and prioritising identity politics. And in the process middle of the road voters are feeling increasingly alienated.

While Australians were not prepared to support Labor’s plan to cut carbon emissions and destroy their economy, here, Jacinda Ardern’s Government is setting far harsher targets that will do even more damage to our economy and our future.

A Regulatory Impact Statement from the Ministry for the Environment estimates the effect of the net-zero carbon emissions by 2050 target, and a 24 to 47 percent reduction in methane emissions, would cost the economy over $50 billion – more than $20,000 per household.

Other economists have estimated the cost to be much higher – around $200 billion according to former Reserve Bank economist Ian Harrison.

With hundreds of thousands of consequential job losses, the price New Zealanders will have to pay – just so our politicians can be recognised on the world stage as global leaders in combatting climate change – is very high.

Bizarrely, during last week’s first reading debate on the Government’s Zero-Carbon Bill, Deputy Prime Minister Winston Peters claimed, “I am confident that farming will be more wealthy than ever before” – as a result of the changes. Like Bill Shorten, Winston Peters and his Green and Labour Party colleagues, have lost sight of the impact their ideological commitment to saving the planet will have on Kiwis and our way of life.

Journalist Bob Edlin has been following developments in Australia and believes National Party leader Simon Bridges should learn from their experience by “campaigning hard to counter the propaganda of climate change activists that the world faces extinction if NZ doesn’t shut down its dairy industry”.

He says the party should be focussing their efforts on dairying regions like the Waikato, Taranaki, Southland and Canterbury – as well as mining regions – to persuade blue-collar workers to vote against Labour.

New campaigning opportunities are also arising. In the Coromandel, the Green Party Minister of Land Information Eugenie Sage has recently vetoed a decision by the Overseas Investment Office to allow OceanaGold to expand their Waihi mine. She declined their application on the basis that their expansion would increase carbon emissions, which would run counter to the Government’s net-zero goal.

Is this a taste of New Zealand’s future, where investment plans to create jobs and bring wealth to communities are going to be crushed by the ideological extremism and elitism of Jacinda Ardern’s Government?

The open question is whether the ‘quiet’ Kiwi voters affected by the realities of the radical ideologies being implemented by the Government, will vote ‘no’, as they have done in Australia and Europe. One can’t help but conclude they will, if they are given a clear choice.

Do you believe that New Zealand’s main establishment parties are losing touch with voters?