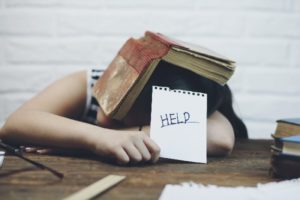 Last week Radio NZ reported that schools around the country are paying tens of thousands of dollars to private consultants to help them improve the way they teach reading. They are introducing the so-called “structured literacy” approach, more commonly known as “phonics”. While backed by 30 years of educational research it is not funded by the Ministry of Education.

Phonics has been at the centre of a long-running education debate, as this week’s NZCPR Guest Commentator freelance journalist Karl du Fresne explains:

“In 1994 I wrote an article for the Evening Post about a remarkable woman named Doris Ferry. Doris, who was then 78, was a retired teacher who lived on the Kapiti Coast. All she wanted to do was devote herself to her large garden, but instead she found herself spending half of each day providing individual tutoring at home to local kids who had fallen behind at school. The reason they were failing, without exception, is that they couldn’t read. Parents came to her in desperation after word got around that Doris was succeeding where schools were failing.

“By the time I interviewed her, she had brought 1500 kids up to speed with their reading – kids who, in many cases, had fallen hopelessly behind at school, even after completing so-called reading recovery courses. The difference to their lives was dramatic.

“I’m sure Doris’s empathetic manner and one-on-one tuition  helped, but there was no doubt in her mind that what counted most was her use of the teaching method known as intensive phonics, whereby children learn to read by recognising letters or combinations of letters and the sounds associated with them. Many readers will recognise that description, because until the 1960s it was how reading was taught in all New Zealand schools. Then, in one of those sudden theory-driven shifts in direction to which the education system seems fatally susceptible, phonics was supplanted by a method known as whole-language.”

Developed by the New Zealand educationalist Dame Marie Clay, the ‘balanced literacy’ or ‘whole language’ approach is based on the idea that learning to read should be as natural as learning to talk. If you put children in a ‘book rich’ environment, they will learn to read in their own time, taking their cues from pictures and context.

Indeed, while this method works for many children, it doesn’t for far too many of our most vulnerable children, including an estimated one in seven with learning disabilities.

In a bizarre twist, the Ministry of Education’s $30 million Reading Recovery programme for children struggling with reading was also pioneered by Marie Clay. As a result, it reinforces the whole-language approach, instead of offering phonics as an alternative.

While many schools would prefer to re-direct their Reading Recovery funding into phonics instruction, they are prohibited from doing so. As a result, those who wish to teach phonics must fund it themselves.

The Kaiapoi North School in Canterbury, which has invested around $20,000 in phonics has reported that after two years, 94 percent of children are at or above the curriculum standards, compared to 70 percent using the whole word approach.

Ladbrooks School on the outskirts of Christchurch, which introduced phonics three years ago at a cost of hundreds of thousands of dollars for a specialist teacher, six learning assistants and professional development for all teaching staff, says the impact has gone far beyond literacy to improve all areas of children’s learning.

Massey University literacy expert Professor James Chapman is a staunch advocate of the phonics approach: “It’s a pity they have to pay for it but those principals who’ve chosen this structured literacy approach are absolutely onto it in terms of the best reading science evidence at the moment.”

While the phonics debate continues within education circles, what is beyond debate is the significant fall in New Zealand’s educational standards. The decline, which started decades ago, cannot, of course, be blamed on phonics alone, but the move away from proven systems of learning to experimental ones has contributed.

One experimental reform that is believed to have played a major role in the slide in standards, is New Zealand’s ‘progressive’ child-centred approach to learning. Introduced in 2007 by Prime Minister Helen Clark, this strongly ideological methodology – which was designed to remove elitism from the education system – replaced New Zealand’s traditional knowledge-based syllabus with a focus on skills and competencies.

While it gave schools the freedom to develop their own curriculum, it also provided an opening for the introduction of radical cultural and environmental agendas that erode core learning. If children spend more time on issues like climate change and the Treaty, and less time on the basics, then numeracy and literacy standards will decline.

And decline they have. In 2016, the reading levels of New Zealand 10-year-olds in the Progress in International Reading Literacy Study (Pirls) fell to their lowest since the survey began in 2001, dropping below all other English-speaking countries to 32nd out of the 50 countries surveyed.

In the OECD’s Programme for International Student Achievement (PISA) surveys, New Zealand’s results for 15-year-olds also deteriorated, sliding from 3rd in reading in 2000 to 12th in 2018, from 3rd in maths to 27th, and from 6th in science to 12th. Altogether, New Zealand’s scores have declined by 23 points for reading, 29 points for maths, and 22 points for science, where the OECD estimates that a 30-point decline is equivalent to one-year of learning.

As the New Zealand Initiative pointed out in their recent report, New Zealand’s Education Delusion: How Bad Ideas Ruined A Once World-Leading School System, “despite a 32% real rise in per-pupil spending since 2001, students have gone from world-leading to decidedly average”.

They believe the child-centred approach to teaching and learning is responsible for the decline in standards, and they are calling for a return to a knowledge-based national curriculum.

The Ministry of Education is, of course, doing what government departments always do when confronted with obvious failure – they commission reports.

One such report, The literacy landscape in Aotearoa New Zealand, prepared by the University of Auckland’s Professor Stuart McNaughton, the chief science advisor to the Ministry of Education, identifies key actions and interventions that could make a real difference to children’s literacy.

These range from simple, everyday activities such as more reading, writing, and telling stories, to introducing literacy progress measures across the whole of the education system, to ensure that children who are struggling receive the support they need.

The tragedy of educational failure is that it particularly affects children from low socioeconomic communities because their families are less likely to provide the out-of-classroom support that kids who are struggling need.

While radicals blame poor statistics for Maori children on racism and colonisation, the answers usually lie in the home.

As Professor McNaughton explains, “Parents’ attitudes and personal reading and home resources enable or constrain learning, development and achievement at school. There is a strong relationship between the resources that parents can call upon in the home (e.g. number of books, internet connection) and achievement. At the extremes of access to resources the difference is estimated to be about two years of growth. From 2011 to 2016 parental attitudes to reading increased slightly. But the numbers of books – particularly in Maori homes – decreased over this time.”

He also notes the crucial importance of the oral language skills that are taught in the home: “The size of vocabulary in the first year at school predicts the levels of achievement in reading comprehension in succeeding years, even after 10 years at school.”

And he is a strong advocate of summer reading for children: “A seminal study in 1978 showed that each additional hour a day a student in upper primary school spent reading over summer was associated with one to two months of added achievement, irrespective of socio economic status.”

As well as reporting the academic performance of 15-year-olds, the OECD’s PISA surveys cover many of the other factors that influence a child’s ability to learn. They show New Zealand students are losing confidence in their education. They are now more likely to say reading is a waste of time, with 52 percent of pupils saying they “only read if they have to”.

In 2018, these students not only reported less reading of books, but also less systematic teaching of new vocabulary, less reading out loud, and more silent reading – each of which was related to lower achievement scores.

The results showed that New Zealand now has one of the worst scores for classroom behaviour of any OECD nation. It has the highest rate of frequent bullying, and the number of students who did not feel safe at school increased from 13 percent in 2009 to 19 percent in 2018. In addition, 41 percent of students reported noise and disorder in English classes, 35 percent said students did not listen to their teachers, and the number of students who skipped school in the two weeks before the test increased to 29 percent.

Education has long been described as a passport to a better future, but with increasing numbers of students leaving school without any form of qualification, the system appears to be failing the very children for whom it was traditionally a lifeline.

Will things change? Not likely, because the socialist Labour Government places greater importance on teaching those values they deem to be important, and less on core learning.

In 2017, the NZCPR approached Professor Sing-Kong Lee of the National Institute of Education in Singapore to ask him what makes their education system world-leading. His report – see HERE – which could be regarded as a blueprint for a better education system, identifies many of the factors that lead to Singapore’s success.

The philosophy that underpins their education system is that every student learns differently, with each having different strengths that need to be differently nurtured. As a result, students who are academically inclined are guided into academic pathways, whereas those who are more hands-on pursue a vocational approach. All students, however, are given the opportunity to switch pathways, based on their results.

And as far as parents are concerned, their role is crucial – they are regarded as ‘engaged partners’, along with schools and teachers, in the education of their children.

With human capital the country’s key resource, the goal of education is to ensure that every student will be adequately prepared with skills that will enable them to be employable and self-supporting in their life’s journey.

In comparison, the vision of our Ministry of Education is for every New Zealander to be strong in their national and cultural identity, be an active participant and citizen in creating a strong civil society, and be productive, valued and competitive in the world.

I will leave the last word to Professor Lee:

“Irrespective of the pathways a student may choose to pursue, it is believed that foundational knowledge is essential for their progression. Thus, much effort is put into the teaching of Mathematics and Science to provide the necessary foundational knowledge, albeit at different levels. Different approaches are adopted for students in the different pathways to cater to their individual learning profiles. Furthermore, the pathways provided in the Singapore Education System can be described as one with bridges and ladders. This analogy is significant as it symbolises that there is no dead end regardless of which pathway a student may choose. A student may choose the vocational pathway, but if he or she can do well along that pathway, the opportunity to pursue a degree course in the university will be open. It is for this reason that it is important to provide a strong foundational knowledge to all students as we cannot predict where the student may land.”

*Do you believe New Zealand’s education system needs a greater emphasis on the basics of reading, writing and mathematics?