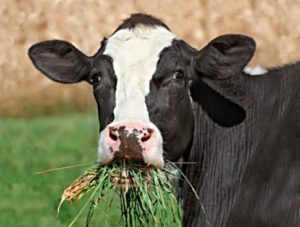 On the 30 year anniversary of the establishment of the United Nations Intergovernmental Panel on Climate Change, a lead authors’ meeting of some 120 scientists is being held in Christchurch to prepare a report on land use and climate change.

One of the more contentious issues that will no doubt be raised is whether grasslands can be considered as carbon sinks for UN greenhouse gas inventory purposes – in the same way that forests are used to offset emissions.

This is an issue that has been considered by Ireland, where 30 percent of emissions come from agriculture. The Royal Irish Academy has taken the view that the soil under grassland ‘locks up’ carbon dioxide and should therefore be taken into account when calculating emission targets. They claim that while there is ample evidence that grassland soils sequester carbon, this has not been recognised by the IPCC.

It’s an even bigger issue for New Zealand where, almost 50 percent of greenhouse gas emissions are produced by agriculture. Extensive research into this and other related issues is coordinated and funded by the New Zealand Agricultural Greenhouse Gas Research Centre, which was set up in 2010 and receives an annual grant of $4.8 million.

One of the visiting UN scientists, IPCC co-chair Professor James Skea, is also a founding member of the UK’s Committee on Climate Change. Since this UK Committee is being used as a model for the Government’s proposed New Zealand Climate Commission, Professor Skea met with Climate Change Minister, Green Party leader James Shaw, to provide advice.

The role of the UK’s Committee on Climate Change is to advise the Government on emission targets and report to Parliament on the progress being made in reducing greenhouse gas emissions. The Committee not only sets the carbon budgets and targets, but also monitors agencies for compliance.

A letter on the Committee’s website illustrates their approach. The 2017 memo to the UK Minister of Agriculture decried the lack of progress in reducing agricultural emissions and warned: “The carbon footprint of UK agriculture reflects choices by consumers as well as producers and the wider food industry. Previous work by the Committee has demonstrated that a shift to healthier diets with lower red meat and dairy content could cut emissions while freeing up significant amounts of land. Options to support consumers to make more informed food choices should be considered… Such shifts will be particularly important for the longer term, when deeper cuts in agricultural emissions will be needed.”

The Committee clearly believes that running a consumer campaign against British meat and dairy producers, in order to reduce emissions by lowering demand, is an entirely legitimate course of action.

While the UK Climate Change Committee costs around £3.5 million a year to run, the real cost to the British people is far greater than that. In 2016, Peter Lily, a Conservative MP who voted against the Climate Change Act which set up the Committee, published a report outlining how the long-term cost of the law was never disclosed to the British public: “The costs of the Climate Change Act, which were not discussed at all during its passage through Parliament, are coming home to roost. Those costs – all ultimately borne by households through higher energy bills, increased taxes and a higher cost of living – are already substantial, growing rapidly and hit the most vulnerable hardest.”

He estimated that between 2014 and 2030, the total cost of cutting emissions to meet the UK’s 2030 target, would amount to over £300 billion – and that does not include indirect costs such as the loss of jobs and business output as British industry becomes less competitive.

He said that during the establishment of the Act, the strategy of coalition ministers was to try “to pretend climate change policy was practically costless and would even make us better off.”

It appears the same approach will be taken here by our new government.

When asked in a recent TVNZ Q+A interview about whether the Government’s climate change policies to make the country emissions-free by 2050, will force New Zealanders to make sacrifices, the Minister replied: “My goal is that by the end of this Parliament, we have put in place the architecture for that transition to the low-carbon economy. But I see this as the greatest economic opportunity in a generation, right? It’s not all sunk cost. This is about investing in a cleaner, smarter, more productive and higher value economy. To me, that’s a tremendous opportunity and that’s the way we should be thinking about it.”

It appears that James Shaw intends adopting the strategy of his UK counterparts – hype up the benefits and ignore the costs.

Minister Shaw plans to implement his goal through a Zero Carbon Act. This legislation will have two objectives – the first is to put into law the target of being a zero-emissions economy by the year 2050, and the second is to establish the independent Climate Commission.

One of the first tasks of the Climate Commission will be to advise the Government on whether agriculture should be brought into the Emissions Trading Scheme. During the election campaign, both Labour and the Greens promised to bring agriculture into the ETS, while, in contrast, New Zealand First promised to abolish the ETS altogether.

According to Federated Farmers, the cost to farmers of bringing agriculture into the ETS will be up to $83 million in the first year, eventually rising to more than $830 million per year.

So while New Zealand farmers presently enjoy the reputation of being amongst the most efficient food producers in the world, forcing the sector into the ETS will impose costs that will place our farmers at a significant competitive disadvantage, since no other country penalises agricultural food production through an ETS.

In fact under Labour, the future for farming looks bleak as they will face the double whammy of being burdened with two huge wealth-destroying bureaucracies – the Emissions Trading Scheme and the Climate Commission.

Transitioning to a low-carbon economy, as Minister Shaw is proposing, will fundamentally change the dynamics of how our economy works. In fact, the shift to net-zero emissions of man-made greenhouse gases by 2050, is of such a magnitude, that our economic future will be put at risk. For many voters, this situation will confirm their worst fears about the danger of having the ideological Green Party in government.

It’s not just agriculture, of course, that will be penalised through costly climate change policies – all New Zealanders will pay the price, as the British are being forced to do.

With the Government’s climate change policy agenda set to impose huge financial costs on households over time, it is little wonder that global warming scaremongering is now being ratcheted up.

Leading the charge is the Climate Change Minister, who clearly intends attributing all adverse weather events to man-made climate change, even though this is blatant propaganda: “We live in a part of the world where sea-level rise, coastal erosion, cyclones, and droughts are happening with the kind of increasing frequency and force that hasn’t been seen before. One recent estimate suggests that $19 billion of assets are at risk from sea level rise and flooding events. Flooding in 2011 cost nearly $17 million. Then there was one of the worst droughts on record in New Zealand in 2012-2013 costing the country $1-and-a-half billion in lost agricultural exports. Quite literally – we cannot afford to ignore climate change and do nothing about reducing our greenhouse gas emissions.”

The fact that man-made climate change is not the cause of adverse weather events in New Zealand was explained by former MP Barry Brill, the Chairman of the New Zealand Climate Science Coalition, in a recent complaint to the Broadcasting Standards Authority against TVNZ for inaccurate and unbalanced reporting! You can read his evidence and follow the complaint process HERE.

Just last week, in the UK, as a result of a similar complaint to the British equivalent of our Broadcasting Standards Authority, the BBC was forced to correct a claim that climate change is making hurricanes worse, by stating that “it is modelling rather than historical data that predicts stronger and wetter hurricanes.” In other words, there was no real-life evidence to support their contentions either.

Barry Brill is this week’s NZCPR Guest Commentator, with details of a new report published in the prestigious journal Nature, that shows, as a result of the cooler temperatures being experienced in New Zealand, our glaciers been advancing:

“After extensive climate model runs, the researchers firmly concluded that the gain in glacier mass has been a direct result of reduced air temperatures in the Southern Alps since the early 1980s: ‘The lower temperatures were associated with anomalous southerly winds and low sea surface temperature in the Tasman Sea region’. The Regional Cooling in the title of the paper refers to the whole of New Zealand and its surrounding seas.”

In his article, Barry explains that the country hasn’t experienced even the slightest twinge of ‘climate change’ – of the sort of dangerous anthropogenic global warming predicted by IPCC models – and asks why our political leaders are directing huge amounts of taxpayers’ money into man-made climate change research, when no real-life evidence exists.

British journalist and author Christopher Booker has also been puzzling over the modern-day obsession with climate change. He believes the explanation lies in the work of the late Professor Irving Janis, a research psychologist at Yale University. Professor Janis formulated a theory called ‘groupthink’, in response to examples of disastrous decision-making by world leaders and their highly-paid advisors: “My conclusion after poring over hundreds of relevant documents is that the groups that committed the fiascos were the victims of what I call ‘groupthink’.”

He found that when groups supported beliefs that couldn’t be proven, they developed behaviours that bolstered morale at the expense of critical thinking. “One of the most common norms appears to be that of remaining loyal to the group by sticking with their policies, even when those policies are obviously working out badly and have unintended consequences. This is one of the key characteristics of groupthink.” Another characteristic he found was that group members exerted powerful pressure on any dissidents who objected to their ‘consensus’.

In his paper “Global Warming – a case study in groupthink”, Christopher Booker contends that global warming fits the ‘groupthink’ theory in that advocates share their belief without a proper appraisal of the evidence, and they discredit those with contrary views by insisting that their belief is supported by a ‘consensus’ of right minded people.

This was evident in the reaction to the doomsday prognosis of former US Vice President, Al Gore, in his 2006 film An Inconvenient Truth. When his Armageddon predictions of climate chaos, drowning polar bears, a 20 foot sea level rise, and the fact that “citizens of pacific nations had all had to evacuate to New Zealand” proved to be grossly inaccurate, with scarcely a single claim made in the film standing up to scrutiny, including by the British High Court, instead of the global warming theory being discredited, those raising concerns were even more viciously attacked.

It’s the fact that global warming groupthink is not based on reality, that makes climate extremism so dangerous.

So why is our new Government planning to decarbonise our economy and put our largest export industry at risk? Because it suits them to do so. As our new Prime Minister declared, climate change is the “nuclear free moment” of this generation. Labour and the Greens have too much political capital at stake to be anything but part of the problem. The concern for us all is that their agenda and ideology come at a considerable cost and risk to New Zealand.

Do you agree with Labour and the Greens that New Zealand should move to a zero carbon economy?