Ideas for a Better Future 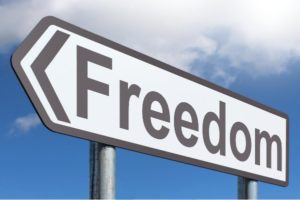 In his iconic book Free to Choose, Nobel Prize winning economist Milton Friedman explained, “A free society releases the energies and abilities of people to pursue their own objectives. Freedom means diversity but also mobility. It preserves the opportunity for today’s disadvantaged to become tomorrow’s privileged and, in the process, enables everyone, from top to bottom, to enjoy a fuller and richer life”.

Those wise  words outline the benefits that a free society provides to the poor and disadvantaged, when they are not locked into dependency on the State.

Governments can create opportunity societies through tax systems that reward hard work and enterprise. Education systems that provide students with the knowledge and skills to achieve their potential in life. Health systems that deliver quality medical care in a timely fashion. Welfare that provides security to the incapacitated, and a hand up to work for the able-bodied. And pensions that enable the retired to enjoy a decent quality of life.

While such policy frameworks sound like common sense, they run counter to that of many governments – including our own, which instead of empowering citizens, creates widespread State dependency.

Our tax system pushes middle income families into the top tax bracket where they struggle to get by and need Working for Families welfare support. New Zealand’s corporate tax rate – now one of the highest in the world – leaves Kiwi business struggling to be competitive, preventing job creation and growth.

Our education system – which now focusses more on social engineering than on literacy and numeracy – denies children a decent future, and our health service leaves hundreds of thousands of New Zealanders waiting for assessments, operations, and life-saving drugs that are freely available in other countries.

Our welfare system creates dysfunction, instead of self-reliance and independence from the State, and too many New Zealanders retire with insufficient investment savings to provide a buffer against adversity.

So what can be done?

We could do what other countries are doing.

A flat tax of 20 percent was proposed for New Zealand by Labour’s Minister of Finance Roger Douglas in 1987, but at the 11th hour Prime Minister David Lange lost his nerve and the scheme was abandoned.

In education, Singapore’s outstanding success can be attributed to their goal of ensuring every student has the skills to be employable and self-supporting throughout their life. Recognising that students learn differently, their system has academic and vocational pathways, it empowers schools to be innovative, parents to be involved, and it highly values teachers.

In the Netherlands the freedom of education is the key to their success. A constitutional amendment passed in 1917 guarantees equal funding for public and independent schools. That means funding equivalent to the per capita cost of public schooling follows students to the school of their choice. The ease with which parents can start a new school means that school choice in the Netherlands continues to flourish with over 70 percent of students attending independent schools.

When it comes to healthcare, Singapore has one of the most successful systems in the world as a result of medical savings accounts, an insurance scheme, and market forces keeping costs down.

Medisave is a health savings account paid for by employee and employer contributions. It funds routine health care expenses and Medishield, a nationwide catastrophic insurance plan to cover unexpected costs. Medifund is a government funded safety net so no-one falls through the cracks.

The Government further subsidises health through public hospitals, which provide 80 percent of the country’s hospital beds. They feature different levels of amenities – from unsubsidised care with single rooms, to fully subsidised beds in wards with shared amenities.

While there is some waiting for hospital treatment in Singapore, it is measured in hours not months – as is the case here.

Since Labour scrapped hospital waiting list targets, the numbers have escalated. It’s a scandal that while 280,000 patients need elective surgery, only 110,000 are on a waiting list – some 170,000 people needing surgery can’t even get onto a list.

With around 200 theatres in the pubic hospital system, private hospitals already provide more than 50 percent of all elective surgery in their 170 theatres – at a similar cost to the public system.

But Health Minister David Clark is ideologically opposed to utilising the private sector’s unused capacity to clear the backlog: “This Government’s priority is building a strong public health service and I don’t favour public-private partnerships”.

A recent report also showed that Kiwis have the worst access to modern medicines of 20 OECD countries. New Zealand not only ranked last, but of 100 medicines approved by Pharmac – the Government’s drug buying agency – six had been waiting for funding for more than a decade. Pharmac takes 512 days on average to fund medicines, nearly double the OECD average.

When it comes to welfare, many countries use unemployment insurance schemes to protect individuals against job loss. As the International Labour Organisation explains, “These interventions provide income support conditional on some job-search requirement or participation in active labour market policies. This policy design aims to immediately tackle the risk of out-of-work poverty while at the same time creating incentives for individuals to look for a job and increase their employability.”

Most schemes have time limits and high intensity case management to assist job seekers into employment.

Similar requirements underpinned the success of welfare reform in the US in the nineties, where five year time limits and intensive case management helped entrenched benefit dependents into jobs. The key was to provide support for such things as childcare and transport so that long term beneficiaries could organise their lives to turn up each working day at a job centre. Once there, they engaged in a full-time programme of activities designed to give them the skills and habits of the workplace. As a result, stepping up to a real job was no longer insurmountable. With additional support such as drug and alcohol counselling even entrenched dependents were able to successfully move into work.

In contrast, our Labour Government does not even require  the unemployed to be work tested. As a result welfare dependency is growing, putting more and more children at risk of harm.

When thinking about successful pension schemes, again Singapore stands out. Their Central Provident Fund, established in 1955, requires employees and employers to contribute into individual accounts that provide a pension annuity on retirement, health care, and funds for home ownership.

In 1972, as an opposition MP, Roger Douglas drafted a private member’s bill to create a similar contributory superannuation scheme for New Zealand. It was passed into law in 1974 by Norman Kirk’s Labour Government. The New Zealand Superannuation Act required employees to contribute 4 percent of their wages into their own super account – matched by their employer – to provide a generous annuity in retirement, to supplement the State pension.

But the scheme was axed by Prime Minister Robert Muldoon in 1977 – in what investment analyst Brian Gaynor describes as a dreadful political decision that relegated New Zealand into a low-ranking OECD economy. He believes that if the scheme had been left in place, New Zealand would have become an ‘Antipodean Tiger’ – the envy of the rest of the world.

“We would have a current account surplus, one of the lowest interest-rate structures in the world and would probably rank as one of the top five OECD economies. We would still own ASB Bank, Bank of New Zealand and most of the other major companies now overseas-owned. Our entrepreneurs would have a plentiful supply of risk capital and would probably own a large number of Australian companies. Most New Zealanders would face a comfortable retirement and would be the envy of their Australian peers. The Government would have a substantial Budget surplus and we would have one of the best educational and healthcare systems in the world.”

In 2014 Infometrics estimated that had the scheme been retained it would have been worth almost $300 billion. “The research estimates a worker on the average wage would have saved $256,000 in the scheme over the past 40 years. That sum invested in a bank term deposit earning 5.5 percent would fund a ‘comfortable’ retirement, adding $234 dollars a week after tax on top of the NZ Super pension which is currently $282 a week after tax.”

With the New Zealand Super Fund currently worth $43 billion, Kiwisaver $63 billion, and the Stock exchange $162 billion, in 2014 Roger Douglas’s fund would have been worth more than all three put together!

When Finance Minister Michael Cullen established the New Zealand Super Fund in 2004, he designed it in such a way that it could be converted into individual accounts. Is it now time to combine the Super Fund with compulsory KiwiSaver accounts, so that all New Zealanders can look forward to a more secure retirement?

This week’s NZCPR Guest Commentator, Sir Roger Douglas, has spent his life working out ways to empower New Zealanders. In this article, he outlines a major reform programme for New Zealand, drawing on the best elements of successful policies around the world to replace the failing systems we presently have in place. He believes Kiwis deserve better, and they should be the ones deciding what best suits their family – not politicians nor faceless bureaucrat in Wellington.

This is what he has to say about the future:

“Since 1988, policy innovation in this country has diminished almost to vanishing point, except for a brief period of activity at the end of 1990 and 1992.

“What then, is the major parties’ current thinking on future policy?

“After two years in office the Labour Government has failed to deliver on any of the major promises they made at the election. Since 2017, it would appear that no new policy development has taken place in the government, the party, or the bureaucratic systems. With the election only one year away any long-term policy thinking would seem to have been outlawed within the government.

“National, in a policy sense, is no better than Labour – they both believe they can spend your money for you better then you can do for yourself. The only advantage National has over Labour is that they are unlikely to do something really stupid.

“New Zealand First with Winston Peters as their leader, simply do not bother to offer any real policy to the public, they simply have none.

“Are there any alternative approaches to what we have at the moment?  Yes, but both are difficult.  One would involve invading the existing parties in sufficient numbers to change the old culture, this would take years and the country may well be bankrupt before anything was achieved.

“The second approach would be equally difficult, but might just bring change within the existing parties more quickly. A new party founded on the principles just outlined would however, need to understand from the start what it was running against. That is, the accumulated bile of all the existing parties and all the interest groups they represent.

“If they kept it simple, that there are no policy differences between the existing parties, and what they could deliver in the way of healthcare, superannuation, housing and lower taxes they just might get some traction.”

Sir Roger has provided us all with food for thought over the summer. Are we happy with the state of New Zealand today, or do we Kiwis deserve better? If we do, who has the vision and charisma to lead the reforms – and does anyone have the courage to drain the swamp?

Best wishes for Christmas and the New Year – and if you want our newsletters to continue next year, please don’t forget to support us now!