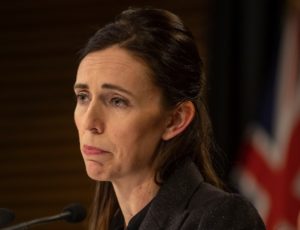 Since her election in 2017, the media have been largely supportive of Prime Minister Jacinda Ardern. But following  her possible involvement in what appears to be some sort of ‘cover up’ of sexual assault allegations within the Labour Party, that no longer appears to be the case.

As Dr Bryce Edwards, a political lecturer at Victoria University explains, “The Prime Minister herself is under immense pressure and scrutiny over any role she might have played in an attempted cover-up. The consensus amongst political journalists and commentators seems to be that her statements about what happened are no longer credible, and her honesty and ‘MeToo credentials’ are now being openly questioned.”

What is clear is that there has been a culture of bullying and sexual harassment within the Labour Party, with layers of allegations, complaints, and inquiries that confound comprehension.

With respect to the latest accusations of ill-treatment and sexual assault by a former staff member in the Prime Minister’s own office, seven complainants have been involved in the Labour Party’s investigations. Media reports, however, suggest that 12 people have complained about the staffer’s behaviour.

What is also clear is that Labour has failed miserably to address complaints of a sexual nature and appears to have placed the interests of the Party ahead of the wellbeing of the complainants. The irony is that the Party’s conduct is in complete contrast to the veneer of compassion projected by the PM.

Just last year Jacinda Ardern had one of her greatest moments on the world stage, when during her first speech to the United Nations General Assembly as New Zealand’s Prime Minister she called on nations to support the #MeToo movement: “It seems surprising that in this modern age we have to recommit ourselves to gender equality, but we do… Me Too must become We Too. We are all in this together.”

Calling on the world to act when the Party of which she is the leader has an “entrenched culture of bullying and sexual harassment” – and was embroiled in a major sex abuse scandal – is hypocrisy on a grand scale.

It calls into question Jacinda Ardern’s honesty and sincerity in branding herself as a ‘champion of women’.

It is the Prime Minister’s propensity for self-deception that has created her current difficulties.  She has denied knowing that the allegations against a staffer in her own office – that the Party has been investigating for almost 12 months – were of a sexual nature.

While this in itself reflects very badly on the Labour Party and the credibility of the Prime Minister, the more serious aspect for the Jacinda Ardern is that if she is found to have been lying, then her position would be untenable, and she may be forced to resign.

In other words, if the court of public opinion decides the Prime Minister has not been telling the truth, then the damage to brand Jacinda may be permanent. The media may come to understand that Labour is politically dishonest and turn against her and her Party.

Since the details in this matter are important, but can be quite confusing, let’s look at the timeline of events that led to the current situation – initially as outlined by one of the complainants at the centre of this controversy.

A staff member working in the Prime Minister’s office is alleged to have sexually assaulted the 19-year-old young woman at his home early last year. The ‘victim’, who is employed by the Labour Party, said the complaints she made to officials about the incident were ignored.

After a heated exchange occurred with the Prime Minister’s staffer at a gathering they both attended, the young women contacted the Labour Party President Nigel Howarth to ask for help. She named the man and accused him of predatory behaviour that was getting worse.

A meeting was organised between the young woman and the Party President and Assistant General Secretary Dianna Lacy, at which she says she revealed the full extent of the alleged sexual offending.

Labour’s governing body, the New Zealand Council decided the allegations against the staffer by the young woman – and six other party members who had also complained about him – were serious enough to warrant an investigation.

Three members of Labour’s Council – Simon Mitchell, Tracey McLellan, and Honey Heemi – met with the seven complainants. The young woman claims she had emailed her testimony – which included details of the alleged sexual assault – to the panel members. Printed copies were distributed at the meeting. She read out her testimony.

Labour’s Council approved the recommendation of the investigating committee that “no disciplinary action” would be taken against the staffer.

The President notified the complainants of the decision.

The complainants started receiving their interview notes from the investigating committee. They had been promised ‘transcripts’ shortly after their testimonies so they could verify that their recorded evidence was correct. They were distressed and dissatisfied to find the information they received did not accurately reflect the evidence they presented to the committee. They wanted to appeal.

Some complainants had lost faith in the Labour Party’s handling of the matter and approached the media: “Newshub revealed the Labour Party has been forced to review an internal investigation into bullying, sexual harassment and sexual assault by a Labour staffer. It follows complaints the investigation process was botched and traumatising for the alleged victims.”

The Herald reported Jacinda Ardern’s response: “the party is taking a good look at whether we’ve satisfied the natural process of justice and whether or not we’ve supported the complainants as we should have.” They further disclosed, “there were 12 alleged complainants and the allegations involved not only sexual assault, but also rape and offers to pay for sex.”

National’s Deputy Leader Paula Bennett revealed she had been approached by Labour’s Beehive staff concerned about the way the Party had been handling the complaints.

Jacinda Ardern attended Labour’s Council meeting and expressed her concern about the way it had been handling the complaints, saying it was not the appropriate place “to ever undertake an investigation into a sexual assault”.

Labour’s President announced an “independent appeals process” would be conducted by Maria Dew QC. Complainants were given nine days to appeal.

The full story of the young woman who first raised concerns about the Prime Minister’s staffer with the Labour Party was published by The Spinoff. The Prime Minister read the article and said, “I was informed in the very beginning that the allegations made were not sexual in nature. That is obviously directly counter to what is now being reported.”

She revealed that for the last five weeks her staffer had been working from home. She refused to express confidence in the Labour Party President. And she explained that the QC carrying out the inquiry would report directly to her.

The staffer at the centre of the abuse claims resigned. The accusations against him lodged by 12 complainants included intimidation, bullying, sexual harassment, and sexual assault.

The Prime Minister announced three inquiries would be carried out into the complaints against her former staffer: the Maria Dew QC investigation into the claimants’ allegations, the Kensington Swan inquiry into the Party’s handling of complaints, and a third inquiry to establish a better process for dealing with victims.

While the Prime Minister will be hoping that three enquiries will put a lid on the media fallout, it is now the PM’s own comments that are being questioned.

She claims she wasn’t aware the allegations against her staffer were of a sexual nature until she read the report in The Spinoff.

But how can she possibly expect the public to believe, that as the country’s leading politician, she did not see, hear, or watch weeks of relentless media reporting from early August, that her staffer had been accused of sexual misconduct?

When Mike Hosking asked her the day after the story first broke in the media, “How many people have quit your party as a result of this investigation into this bloke who may or may not have sexual[ly] assaulted someone?” and she responded: “I’m going to be very careful answering that question Mike because this is an inquiry and work is still underway and it is still a party matter” – did she not hear the words ‘sexual assault’?

Did she not ask why her staffer had been sent to work from home for five weeks?

When she told Labour’s Council last month that it was not the appropriate place “to ever undertake an investigation into a sexual assault”, was she not talking about the two inquiries they had initiated into her staffer?

With so many people aware of the full nature of the allegations, it is almost impossible to believe that a Prime Minister, who had publicly chastised her Party for keeping her in the dark over the Young Labour Summer Camp sexual assault allegations only months earlier, would not have been told the details.

This week’s NZCPR Guest Commentator David Farrar, who runs Kiwiblog and Curia Market Research, spent eight years working in Parliament, including in Prime Ministers’ offices. He shares his views on why the Labour Party staffer at the centre of the controversy was not let go when serious complaints first emerged:

“He finally went, only after the PM herself was left morally and semi-mortally exposed. A decision that should have happened months ago, was delayed until the damage was done.

“This was beyond doubt a deliberate decision by Labour that this staffer would be protected. Because otherwise he’d have been goneburger months ago – regardless of whether or not he has actually done anything wrong.

“So why did Labour try to protect him for so long. There are four reasons. In ascending order of importance they are:

“So this wasn’t just Labour being incompetent. This was Labour making a calculated decision that they would try and brazen this out, because he had the right friends, and was so valuable to them in his job. The impact on the complainants and victims was a secondary or even tertiary factor.”

The bottom line is that this controversy has exposed Labour’s vulnerability. Some are now asking whether the Prime Minister’s sincerity extends only as far as her political ambition. Some media are now saying her word cannot be trusted. They are finally beginning to realise that our ‘Fairy Tale PM’ is a fairy tale – all show and no substance.

Mike Hosking expressed the crisis for the Labour Party this way: “They have faced scandal before. But this one exceeds all of them for the simple reason it deals potentially in a crime, a potential cover up, and goes directly to the Prime Minister of the country.”

The Prime Minister’s credibility has been seriously damaged. Whether she can tough it out and charm her way back remains to be seen.

Do you believe Jacinda Ardern’s claim that she didn’t know the assault allegations against her former staffer were of a sexual nature – until she read a recent account of events in the media?