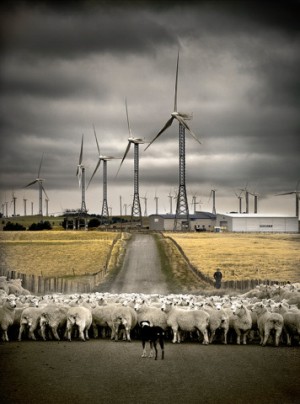 There are just over 20 days left to send the Government a message that you are not prepared to accept the economic consequences of their Zero Carbon Bill.

The consultation documents accompanying the Bill show the policies come at a very high economic cost to all New Zealanders. Their modelling forecasts that by 2050, the economy would be at least a quarter smaller, that the burden will fall disproportionately on lower income households, and that the output of emissions-intensive industries such as sheep, beef, and dairy farming, will be halved.

With that economic prospect ahead it’s no wonder Winston Peters tried to distance himself from the future when he announced his choice of the new Government: “We in New Zealand First believe that an economic correction, or a slowdown, is looming…”

While he said he was foreshadowing the downturn so as not to get blamed when it arrives, the reality is that he is very much to blame. Winston Peters is only political leader in our country’s history to have allowed the radical agenda of the Greens to become law. All other political leaders, who have been in a position to choose a coalition, have elected to leave the extremist Greens out of any Ministerial line up. Winston Peters, however, ignored the risk when he crowned Labour and opened the door to the radical Greens.

The reality is that the ideologically driven Climate Change Minister James Shaw, who is on a moral crusade to save the planet, is blind to the economic harm his policies will inevitably cause.

At no time during the election campaign did Labour or the Greens attempt to outline the full details of the wealth cost of their Carbon Zero policy. Even now, when the policy implications are being disclosed and the costs are becoming clear, they are continuing to down-play the cost and claim benefits when there are none.

No party has the right to introduce policies to destroy a country’s economic future without clearly spelling out their intentions during an election campaign.

Since Labour and the Greens did not do that, their Zero Carbon Bill should be rejected in the strongest possible way.

James Shaw announced the consultation on his Bill using his typical weasel words.

In spite of there being no real-life evidence that dangerous man-made global warming exists, James Shaw continues to attribute all manner of natural events to global warming: “But the frequency and the severity of storms, coastal and river flooding, droughts and wildfires is increasing, and will continue to increase as long as we and the rest of the world keep putting greenhouse gas emissions into our atmosphere… Sea level rise alone puts at risk, five airports, 46 kilometres of railway, 1,100 kilometres of road and nearly 70,000 buildings, with a replacement cost of $19 billion.”

His exaggerated claims have no basis in fact, and are no better than the sensationalist predictions from United Nations’ climate models that have proven to be grossly inaccurate for over twenty years – models used by former US Vice President Al Gore and the UN Environmental Programme to claim that sea level rise would engulf cities around the world and create 50 million climate refugees by 2010!

James Shaw is not only dishonest with his fear-mongering predictions of gloom, he is also dishonest about the economic benefits of de-carbonisation, which he claims will provide “an extraordinary opportunity to upgrade our economy, not just to be ‘clean and green’, but also more productive and better paid”.

But rather than quantifying the benefits, he refers to “the costs if we do nothing”. The truth is there is no rational argument in support of his policy position. It’s a policy built on fear.

California’s obsession with sustainable energy has led to escalating power prices and massive power cuts, while Spain’s love affair with renewable energy has also ended badly, failing to provide affordable power or security of supply, despite decades of government subsidies.

James Shaw wants 95 percent of cars and 50 percent of trucks electrified by 2050, but has yet to provide any details – including how New Zealand is expected to generate sufficient clean green energy to power all of the batteries. Will he force people to comply with his world view by raising the carbon levy on each litre of petrol from the present 4.7 cents to over 55 cents – as predicted by the Productivity Commission – or will he do it by increasing the annual registration levies on petrol and diesel vehicles.

To see the folly of ‘clean green’ policies, one needs look no further than the government’s disgraceful decision to ban future oil and gas exploration. With domestic supplies of natural gas dwindling, and without the ability to discover new reserves – New Zealand’s importation of natural gas from distant overseas markets will eventually lead to an overall increase in emissions.

Labour exposed its reckless approach to governance when it dictated that the industry would close – without any prior warning, any costings, or any consultation – just so the Prime Minister could look decisive on the world stage. It remains one of the key reasons why Kiwi businesses cannot trust this government and why business confidence is declining.

So why would James Shaw, Jacinda Ardern and Winston Peters impose ideological policies onto New Zealand that have failed overseas? Why would they put our future at risk for a theory – for that’s all man-made global warming is?

To reiterate, there remains no real-life evidence that dangerous man-made global warming exists. The weather events that James Shaw likes to highlight as being proof of runaway climate change are not outside the bounds of natural variability.

During the Medieval Warm Period, the earth was far warmer than it is today, and during the Little Ice Age, far cooler. Carbon dioxide levels have been far higher than now, and far lower. Species continue to evolve as they always have, with some dying out and others adapting and flourishing. Storms have been fiercer and more frequent than the present, as have floods and every other adverse weather event. The climate is chaotic, but no more, nor less, than it’s ever been.

Furthermore, while carbon is classed as “pollution” by some, it remains essential for life on earth. Although the actual levels of carbon dioxide in the atmosphere are miniscule, it plays an essential role in the food chain. All plants and animals breathe in oxygen and breathe out carbon dioxide, but through photosynthesis in the presence of green chlorophyll and water, plants are able to capture the sun’s energy and carbon dioxide and store them as food, releasing oxygen in the process.

Yet Green socialists, intent on destroying economic growth and prosperity, have convinced politicians around the world that carbon dioxide is their enemy.

There is no doubt that at some stage in the future, sanity will again prevail and the current climate extremism will be relegated to the dustbin of history.

But in the meantime, how do we stop the politicians from destroying our economy and undermining our living standards?

One practical step is to encourage everyone who shares these concerns to express their views through the Zero Carbon Bill consultation. It’s open until 5pm on the 19th of July, and feedback can be provided through the website questionnaire HERE – or by directly emailing ZCB@mfe.govt.nz.

The second and third options are designed to target farmers, as environmental extremists want to see stock numbers reduced and farming limited as an economic activity.

While most methane in New Zealand is produced by ruminants digesting food, it is not the problem the activists are making it out to be. Soil scientist, Dr Doug Edmeades, explains:

“Methane is short-lived in the atmosphere. It hangs around for about 10 years before it is converted to CO2. For every unit of carbon the animal emits as CH4 it must ingest the same amount of carbon from its plant-based feed source, which, comes initially from the CO2 in the atmosphere. The animal is both the source of the carbon in methane and it is also the sink for the equivalent amount of carbon in CO2. In this sense the carbon-methane cycle – methane-to-CO2-to-forage-plants-to-animals-to-methane – is a closed cycle. The animal is CH4-carbon neutral.”

Dr Edmeades is right – and his finding illustrates only too clearly why climate science, like all science, is never ‘settled’, with new discoveries continually improving our knowledge and understanding.

Since livestock are carbon neutral, methane from agriculture should not be included in emissions targets. Without methane, New Zealand will have one of the smallest greenhouse gas emissions profiles in the developed world.

In fact, no gases should be included in emissions targets, because just like the Emissions Trading Scheme, James Shaw’s proposed Zero Carbon Bill will create a costly nightmare of red tape and bureaucracy that will waste time and money, drag down the economy, and destroy businesses and jobs – all for no benefit.

This week’s NZCPR Guest Commentator is former Reserve Bank economist Michael Reddell, who shares his analysis of the economic modelling that has been carried out on the Zero Carbon Bill. He also expresses astonishment at what is actually being proposed:

“I guess these targets are advocated by zealots, but even the zealots surely recognise that what New Zealand does is not going to change the climate, and that many countries already richer and more productive than we are are proposing adjustments that are materially less costly or demanding than what the New Zealand government is proposing here. I am not suggesting we can or should do nothing – there is some minimum effort probably required to ward off the threat of trade sanctions – but surely on any reasonable cost-benefit assessment of the interests of New Zealanders, we would be confronting these costs – the wilfully given up opportunities for our kids and grandchildren – and pulling back?

“I would be surprised if ever before in history a democratic government has consulted on proposals to reduce the material wellbeing of its own people by up to 25 per cent. Wars, of course, come at a very considerable cost – and sometimes are worth fighting – but again, I doubt any democracy (or perhaps even any tyranny) ever entered a war thinking that as a result of doing so they would be so much poorer 30 years on. It is simply a breathtaking proposition – the more so in a country that at the moment struggles to achieve any material productivity growth at all.”

So, what should we, the people, do?

We need to push-back against the Bill and James Shaw’s moral crusade. Anyone who cares about New Zealand and our economic future should say no to emissions target. Doing nothing is not an option.

Regrettably, instead of taking a lead and standing up against the extremist madness of the Greens and this Bill, National’s new leader Simon Bridges has decided to support it. And without a Donald Trump – who had the courage to reject climate scaremongering and threats and put the wellbeing of his country and its people first – it’s up to us! Don’t forget, submissions close July 19.

Do you support the Government’s plan to significantly reduce the material wellbeing of New Zealanders through their Zero Carbon Bill?