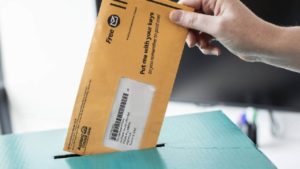 Nominations have closed and ballot papers will be delivered from the middle of next month.

In some local authority areas, competition is fierce, while in other areas, it’s been a struggle to get people to put their names forward.

One well-contested election is the race to lead the country’s largest city, where 23 candidates are standing for the Auckland Mayoralty.

According to polls, the front-runners are Wayne Brown, Viv Beck and Efeso Collins.

Wayne Brown is a former Far North Mayor, infrastructure engineer, and businessman. He has been appointed by successive governments as a fix-it man for ailing institutions, including in health, transport, electricity, and broadcasting. He is now pledging to “fix Auckland” by promising to reduce council costs, improve efficiency, and increase engagement with ratepayers. And, when it comes to the key issue of the Labour Government’s Three Waters proposal, he describes the reforms as unworkable and “dumb”.

Viv Beck is the chief executive of the Heart of the City business association. With a successful track record as a change agent in the public, private and not-for-profit sectors, she says Aucklanders deserve better – more say in decision-making, improved transport infrastructure, a safer city, and rates that deliver value for money. And with regards to the controversial Three Waters reforms, she is unequivocal: “I am strongly opposed to Three Waters, including co-governance.”

Efeso Collins is a sitting Auckland councillor and frontrunner in the polls. He is promising greater investment in public transport, a stronger commitment to long-term housing security, and a key focus on climate change. He is strongly in favour of the Three Waters reforms and co-governance.

Councillor Collins has been a Labour-endorsed local government politician since he first stood for office: “I see endorsement as an agreement with the Labour Party – I’ve been part of their whanau for ten years, it’s like having your whanau beside you as you go out on a big adventure.”

Labour has now endorsed him for Mayor. The Herald reports: “The Labour Party is endorsing councillor Efeso Collins as its official candidate for Auckland mayor. The decision was made by the party’s governing body, following consultation with members. ‘Labour is pleased to announce it has endorsed Efeso Collins’ independent campaign for the Mayoralty of Auckland. Labour looks forward to supporting his campaign’.”

In fact, Labour is supporting candidates all around the country. While it’s not known how many are being supported informally, the Party website lists those that are being formally endorsed.

Of the four mayoral candidates, three are standing as ‘independents’: Efeso Collins for Auckland, Labour MP Paul Eagle for Wellington, and Janet Holborow for Kapiti. The fourth, Hutt City Mayor Campbell Barry, is standing for re-election under the Labour logo.

So, what do candidates get in return for Labour Party support? And, more importantly, what does Labour’s endorsement actually mean for electors?

Lawyer and Hutt City Councillor Chris Milne, provided the answer in a recent article explaining why two neighbouring cities that both oppose Three Waters can have one mayor in favour of the reforms, while the other is opposed:

“So how is it that, despite public opposition in both cities, Mayor Wayne Guppy of Upper Hutt is opposed but Mayor Campbell Barry is not?

“The answer is pretty straight-forward. In 2019 Cr Campbell Barry campaigned for the Hutt City mayoralty under a Labour ticket. What the public were never told is that the Labour Party exacts a high price from candidates who use their trademark.

“It will surprise most people to learn that the Labour Party requires that candidates using the Labour logo sign a pledge to support and implement Labour policy irrespective of the views of local residents. Further, all Labour candidates pledge to block vote on issues of Labour policy.

“The rewards for this abdication of local loyalty are political career opportunities and campaign assistance – databases, email systems, door knocking volunteers, billboard teams and social media support. One recent bauble was Mayor Barry’s appointment to the Labour Government’s Three Waters review taskforce, a body that reported back very recently with, you guessed it, no substantial changes to the policy opposed by the majority of Lower Hutt’s residents.”

Full details of the constraints on local body candidates running under a Labour banner can be found on the Party’s website under Constitution and Rules.

Rule 1.3.1 (a) confirms that Labour’s primary objective in supporting candidates is to ensure their policies are enacted: “to elect competent men and women to… local bodies through free elections for the purpose of giving effect to Party policy and principles.”

Rule 4.2.1 makes it clear that support for Labour’s policies is non-negotiable: “The Policy Platform is binding on… all Labour Party members elected to public office who describe their affiliation as ‘Labour’ or ‘Labour Party’ on the ballot.”

Rule 12.4.1 outlines the pledge that Labour candidate must sign to cement their absolute commitment to the Party: “Having been nominated as a Candidate for… [position being sought] I hereby accept nomination and declare…

(f) If elected, I will vote on all questions in accordance with the decisions of the Caucus of the Parliamentary Labour Caucus or, in the case of Local Body questions, a duly constituted meeting of Party representatives on such body…

These rules make it clear that local body candidates elected under the Labour banner are expected to obey Party directives. Any failure to comply, could result in suspension from the party.

Felicity Wong, the chair of Historic Places Wellington, has long been concerned about party involvement in local body politics. In her exposé, “Voters beware”, she warns, “there’s no free lunch for that impressive party support”, and she cites an example from last June when councils were voting on Wellington’s Spatial Plan: “Grant Robertson expressed his ‘expectation’ that its councillors would vote for an ‘ambitious’ plan (code for removing planning controls). They duly toed the party line, demolishing character protections from at least 75% of Wellington’s inner heritage suburbs.

“With thousands of residents having made submissions opposing the loss of protections, Labour councillors resorted to an Orwellian explanation. They said they were voting for those who had not participated in the ‘consultation’. Senior politicians seemed surprised at the public blow back. Removing planning controls and ‘intensifying’ the city is however Labour Party policy, and the party line needs toeing.”

She further explains that Labour supports candidates as ‘independents’, when that’s seen as an advantage: “In Tawa’s Northern ward, it suited the party for Councillor Jill Day (a Labour Party member) to be ‘Labour endorsed’ (supported by) but not ‘affiliated’ (ie an official representative). That allows a brand-blur for Labour politicians like Auckland Mayor Phil Goff, who campaigned with blue billboards when Labour’s red brand was less popular.”

For Aucklanders, all of this means that if Councillor Collins is elected Mayor, as a Labour endorsed independent candidate, while he would not be ‘controlled’ by the Party as rigorously as those who sign their pledge, he would nevertheless be beholden to them. That is already clear in his backing of Three Waters and co-governance: while the majority of Aucklanders are opposed, his support demonstrates his intention to put Labour Party objectives ahead of the concerns of his community.

The Labour Party’s infiltration into local government doesn’t stop with candidates. They have also manoeuvred their way into Local Government New Zealand (LGNZ), the so-called independent body formed in 1996 to represent the interests of the country’s 78 local authorities.

In July 2021, without consulting members, LGNZ signed a Heads of Agreement with the Labour Government to promote their Three Waters scheme to councils in return for $2.2 million in funding: “The Crown is proposing to provide ongoing support to LGNZ, by way of separate funding agreements… to enable LGNZ to build support within the local government sector for the Three Waters Reform Programme; and subsequently through the transition and implementation phases of the Three Waters Reform Programme (approximately two and half years).”

This week’s NZCPR Guest Commentator, former Judge and law lecturer Anthony Willy, is extremely concerned about LGNZ’s change in direction – from representing the interests of member councils to becoming an agent for the Ardern Government:

“Given that the three waters proposals involve the greatest government theft of private property and destruction of local body democracy in our history – all of which is contrary to LGNZ’s aims and objects – what can explain its supine support for the three waters scheme.

“Can it be that this body which has become the beneficiary of a massive increase in taxpayer  funding on the model of the Media hand out – that this public largess has strings attached: one does not bite the hand that feeds you.

“For whatever the reason LGNZ  is aiding and abetting a government controlled by an ethnic caucus minority which is embarked on a course intended to wrongfully appropriate private property and to replace our democracy with tribal governance on the He Puapua model with unknown but certainly malign consequences.”

The behaviour of LGNZ, in no longer acting as a representative body for local authorities, is indefensible. Why would councils pay a substantial annual subscription (smaller councils like Manawatu pay around $45,000 and larger councils like Christchurch $130,000) to be part of a quasi-government agency?

As a result of their promotion of Three Waters, a number of councils have considered cancelling their LGNZ membership.

One that has done so is the Timaru District Council. After surveying local residents and ratepayers and finding 96 percent were opposed to the reforms, the council voted unanimously to withdraw from LGNZ, saying they had lost trust in association’s ability to properly represent their position to the Government.

Looking ahead, with a raft of radical reforms already proposed by the Ardern Government, it’s imperative that councils have a strong and united voice to stand up to their bullying.

As well as attempting to confiscate council water infrastructure and services, Labour has signalled its intention to remove not only resource management consenting, but all planning responsibilities from councils. They are pressuring councils to subscribe to climate extremism, and, through their benign-sounding ‘future of local government’ reforms, they are proposing sweeping changes that would undermine the entire structure and independent function of local government as we know it.

With Labour’s Maori caucus – and local iwi – continuing their push for increased tribal involvement in local government decision-making, councils will need to stand firm and defend true democracy by rejecting all attempts to introduce co-governance.

Given the Labour Government’s influence over LGNZ and the association’s willingness to act without a mandate from members, perhaps it’s time a new representative body was formed.

Without a doubt, the pressure on new councils, as Labour seeks to undermine their autonomy and transform the sector into a government lapdog, will be intense.

For voters that surely means ensuring the candidates that they support will not be cowed by Labour’s demands – but will stand firm in their commitment to local democracy and remain strong as the voice of their local community.

Aren’t these key issues that need to be addressed in candidate meetings and debates ahead of the October election?

*Should local body candidates be required to declare their political affiliations and whether a political party is backing their campaign?