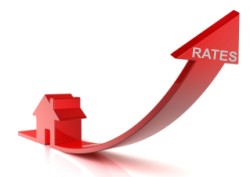 There is growing concern that local government is becoming more ‘activist’. Unfortunately ratepayers are not at the heart of their motivations. Before looking at examples, let’s examine how the new Labour-led Government is dealing with some of the constraints being faced by local authorities.

Local government has long complained about a lack of funding – it’s their eternal lament. Instead of learning to live within their means, they claim that rates are no longer sufficient to cover their ever expanding operations, so they want (they say, need) access to new funding streams.

Many ratepayers are far from sympathetic. They see wasteful spending and vanity projects taking precedence over expenditure on core council services and essential local infrastructure.

In their Coalition Agreement with Labour, New Zealand First promised to address this issue through an inquiry “to investigate the drivers of local government costs and its revenue base”.

The Minister for Local Government, Nania Mahuta, announced the inquiry in May, saying that the Productivity Commission would be undertaking the review: “Local government is facing increasing costs for things like three waters, roading, housing, and tourism infrastructure as well as adapting to climate change. And some of the councils facing the biggest cost increases also have shrinking rating bases. Rates are rising faster than incomes so simply raising rates is not the solution. The Government is asking the Productivity Commission to look at how local government can fund its activities most effectively and fairly.”

The Productivity Commission has explained that the inquiry will examine the adequacy and efficiency of existing local government funding and financing frameworks to ascertain whether additional revenue-raising tools are needed. The Terms of Reference are being developed at present and the inquiry is expected to get underway in September.

No doubt one of the issues that will be addressed is whether the Government’s rating exemption should be retained, or whether they should be required to pay their fair share of rates, since visitors to Crown facilities such as hospitals and schools, along with popular Department of Conservation tourist attractions, also use local amenities and infrastructure.

The justification for the exemption is historical, dating back to 1876, rather than being based on any sound rationale or principle. A Local Government Funding Review carried out in 2015 found that of the total capital value of land in New Zealand, estimated at just over $1,087 billion, around $40 billon was non-rateable. This represented around $180million in lost rates revenue annually, with Crown-owned land making up around 45 percent of non-rateable land by value, and 97 percent by area.

Even though New Zealand First’s funding review is about to get underway, Labour has nevertheless gone ahead and introduced a new funding stream for councils through their Local Government (Community Well-being) Amendment Bill. By restoring the right of councils to collect development contributions from property developers, the Bill will push up the cost of housing, as developers add council costs onto the price of a new home. As a result, Labour will make the problem of unaffordable housing – that they pledged to fix if they were elected to Government – even worse.

As well as enabling councils to gain extra revenue from developers, the Well-being Bill, which is expected to be fast tracked into law just as the inquiry into local government funding begins, will also unshackle local government from the need to focus on the provision of infrastructure and core services, by restoring the social, economic, environmental, and cultural well-being of communities as a core purpose.

Those well-beings, which were first introduced into local government by Helen Clark’s Labour-led Coalition in 2002, resulted in councils around the country embarking on a myriad of expensive projects that had little to do with infrastructure and core services. Some bought farms in Australia, while others tried to improve the literacy of children in their community, or reduce poverty.

National removed the wellbeing rights in 2012, replacing them with a requirement for local government to meet “the current and future needs of communities for good-quality local infrastructure, local public services, and performance of regulatory functions in a way that is most cost-effective for households and businesses.”

However, in spite of that constraint many councils have continued to try to be all things to all people, with some taking on increasingly activist roles.

One such council is Wellington, where, last month, councillors unanimously voted for a radical plan to make Wellington the te reo Maori capital of New Zealand – despite the 2013 Census showing that Maori make up only 7 percent of the local population.

Wellington Mayor Justin Lester, who has been leading the initiative, said, “We are pushing this because it is the right thing to do. It’s the only thing to do and Wellington should be leading. New Zealand needs to embrace our unique sense of identity and … the mana of Maori culture and values, and the whakapapa of our rohe”.

The council is already progressing their cultural agenda, by voting in favour of bilingual ward names, calling a waterfront walkway Ara Moana, renaming Frank Kitts Lagoon as the Whairepo Lagoon, and replacing the traditional fireworks display on Guy Fawkes Day, with one celebrating the Maori New Year, Matariki.

But their plan is not just to encourage te reo to be spoken around the capital, and to ensure signage and place names are bilingual – instead they intend forcing Maori culture and values into the heart of all council activities.

According to their policy document, the Council is to contribute to Maori wellbeing by “incorporating a Maori perspective in all policy work”. All service delivery functions are to “respond to the social and cultural customs and expectations of Maori customers”, and strategies are to be put in place to “identify and stimulate Maori economic, social and cultural innovation opportunities”.

The Council will need to ensure “effective Maori participation in Council’s democratic structures and decision-making processes”. All services, policies and projects will need “effective input from local iwi and the wider Maori community”, all publications and communications will require “a Maori perspective”, as will all urban design, public artworks, events and heritage.

Council staff will need to “respond more effectively to Maori”. To gain a deeper awareness of Maori cultural needs and expectations staff – and no doubt councillors – will need to undergo “training that builds capacity to work with Maori”, they will be required to promote the Council as a place where Maori want to work in order to “ensure a greater representation of Maori at all levels of the organisation”, and Maori advisers will be required to “inform and assist Council’s business unit functions and practices”.

This radical realignment of Council values and functions in favour of Maori is apparently supported by all councillors. It appears that not one of the councillors elected to represent the public interest, has stood up for the majority, who are deeply concerned that a cultural appropriation of their Council is underway.

For a region where those acknowledging Asian heritage outnumber Maori by two to one, and those of European ancestry by almost ten to one, it is difficult to understand how elected councillors could impose such a radical cultural agenda onto the council and the city, without feeling duty-bound to outline it and campaign on it, before they were elected.

However, with local government elections scheduled for next year, ratepayers will have the opportunity to encourage people with the courage to oppose such divisive cultural extremism, to stand as candidates on a platform of reversing the changes.

Wellington Council, however, is not alone in promoting activist policies. The Auckland Council’s environmental activism can be seen in its ‘zero-waste by 2040’ policy. Launched in 2012, the Council, which is now globally recognised as “one of the most innovative councils in the world for climate change action”, intends to drive “the largest transformation of waste management services in the Southern Hemisphere”, with reducing household waste a priority.

This activism and a desire for global recognition is behind the Council’s new $67 a year food waste tax, which is being introduced just as Aucklanders are being hard hit with a new regional petrol tax. In spite of many residents and ratepayers living in zero food waste households – feeding food scraps to pets or composting them – they will be forced to pay for the new kerbside recycling service that picks up food waste twice a month.

Local government’s industry body, Local Government New Zealand, is also no stranger to activism. As we have already seen, LGNZ has been driving a campaign to undermine local body democracy through a proposed law change that would prevent local communities from being able to call for a referendum if their council decides to introduce Maori wards.

The argument being used by LGNZ, that petition rights over Maori wards are discriminatory, is a lie. Petition rights were originally introduced for Maori wards because a race-based electoral roll is required, and by convention, any changes involving the electoral system – at either central or local government level – are constitutional in nature and have referendum rights attached.

To perpetuate the lie that petition rights are only there to discriminate against Maori, demonstrates a fanaticism within LGNZ that is extremely disturbing.

LGNZ has clearly bought into the exaggerated 100 year climate models from the United Nations, that predict massive sea level rise will flood coastal communities, even though real-life evidence shows that their models and predictions are grossly inaccurate.

This week’s NZCPR Guest Commentator, energy consultant Bryan Leyland, has looked into LGNZ’s new project and is extremely critical of their approach, saying they should not be squandering money and damaging the economy in a futile attempt to solve a problem that does not exist:

“LGNZ have embarked on a ‘Climate Change Project’ focused on adapting and mitigating ‘climate change’. When faced with a potential risk, the rational approach is to make sure that the risk is real, assess its magnitude, decide if anything needs to be done, and if so, what is the cheapest and most effective solution.

“In spite of the fact that no one has any convincing evidence based on observations that man-made global warming is real and dangerous LGNZ have jumped to the conclusion that the risk is real, urgent action is needed and lots of our money and resources must be spent on ‘fighting climate change’. Taking an objective look at all the evidence never even crossed their minds.

“If they had looked at the evidence, they might have discovered that neither the United Nations Intergovernmental Panel on Climate Change, the Royal Society of New Zealand, nor Professor Jim Renwick, can provide convincing evidence based on observations of the real world that man-made greenhouse gases cause dangerous global warming. The evidence simply does not exist. Until this evidence is discovered – if it ever is – the only rational conclusion is that man-made global warming is, in all probability, the biggest hoax in the history of the world. It is tragic that Local Government New Zealand have bought into it.”

Despite the lack of evidence, LGNZ is jumping onto the climate change bandwagon because it suits them to do so. Activists in local government have found that scaremongering is a useful weapon that helps to drive through ideological changes – even if they are not in the best interests of the communities they serve.

With all of this in mind, surely, instead of unleashing local government and giving them more power, the Labour-led Coalition should be reining them in!

Do you believe it’s time to remove the Government’s historic rates exemption, so they can pay their fair share of local authority rates?