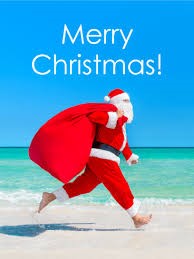 On behalf of the New Zealand Centre for Political Research, I would like to take this opportunity to wish you and your family a very Merry Christmas and a happy and healthy New Year!

Thank you so much for your encouragement and help over the last 12 months – the NZCPR simply couldn’t achieve what we do without your wonderful support.

It has been an incredibly busy year. The NZCPR has tackled many important issues, from fighting for the public interest in the Marine and Coastal Area Act claims process, to defending free speech against political correctness and identity politics. We have taken a leadership role in combating intergenerational benefit dependency, we have relentlessly challenged the rise and rise of race-based privilege, we are continuing to contest the science behind global warming scaremongering, we oppose excessive regulation and bureaucracy in all of its forms, and we have exposed the UN’s agenda on global migration and the effects of Labour signing up to the pact.

But 2019 promises to be even more challenging as the new Government – which is the most left wing in our country’s history – will attempt to force through, ahead of election year, many of the radical policy changes that will be recommended by their army of working groups.

One such change will be the removal of many welfare sanctions. This was called for by the Green Party as part of their coalition agreement. The fact that this will lead to a greater reliance on the State and a consequential increase in intergenerational benefit dependency and family dysfunction seems to be overlooked by the Greens – and by the Prime Minister, even though she purports to care about the wellbeing of children.

This is yet another case of politicians making the right noises, but doing the wrong thing. Ideology and politics are getting in the way of common sense decision making and good policy outcomes.

Earlier this month, the Prime Minister’s Chief Science Advisor published a report on family violence, which will be used as a basis for future law changes. When it comes to Maori, it takes the extraordinary step of blaming the disproportionate violence within their communities on colonisation.

The report says, “Despite the well-reported relative absence of whanau violence before colonisation, Maori are now highly exposed to it. The trauma of colonisation has had an inter-generational effect on Maori, who experience disproportionate rates of family violence, combined with other negative social effects of racism, discrimination and dislocation…”

Claiming that Maori were peace loving before colonisation, defies the historical record of widespread violence, slavery, and cannibalism.

The report indicates that the Prime Minister intends taking a politically correct approach to this issue, which, in the long run, will do no-one any favours – except perhaps the iwi elite, who will be lining up to secure the contracts to deliver anti-colonisation ‘indoctrination’ programmes. Their culturally appropriate ‘solutions’, will no doubt redefine the perpetrators of violence as the victims of colonisation – deepening the racial divide, and failing to address the real cause of the problems, which include the breakdown of the family, educational failure, and an over-reliance on welfare.

A raft of race-based initiatives will be pushed by tribal leaders during 2019, as they seek to take full advantage of the Labour Party’s desire to hold onto the Maori seats. A priority will no doubt be to further embed their claimed Treaty partnership right, even though it is a fallacy. In fact, a bill has already been tabled in Parliament by Rino Tirakatene, the MP for the Maori seat of Te Tai Tonga, that would give unelected and unaccountable Ngai Tahu representatives permanent seats on the Canterbury Regional Council.

This Bill will need to be vigorously opposed next year, otherwise, given the widespread community opposition to race-based seats on councils, a law change could be seen as the new pathway for advocates of Maori sovereignty up and down the country to gain their desired foothold within local government.

The first final report from Sir Michael Cullen’s Tax Working Group is expected in February. It is likely to propose a capital gains tax for New Zealand. There is talk that they will look to capture the family batch and business assets in an annual tax assessment regime, but we will need to wait and see how far they will go. The Government will be very mindful of Jacinda Ardern’s promise that any proposed tax changes will not come into force until after the next election. This will provide a window of opportunity to oppose the introduction of yet more taxes for a nation that is already taxed enough.

In contrast to the tax and spend socialist regime we now have in New Zealand, many sensible governments around the world are lowering the tax burden on citizens and businesses, to encourage wealth creation and lift living standards. Voters need to be aware of this when they cast their ballot at the next election.

Meanwhile the official figures released this week, show that our economy is weakening. Growth has slowed to its lowest rate in nearly five years, with Gross Domestic Product, which measures the health of the economy, rising only 0.3 percent in the three months to the end of September, compared with 1 percent growth in the previous quarter. This was significantly lower than most economists were expecting.

It is against this backdrop of slowing growth, that the Prime Minister’s climate change agenda will be progressed as a priority next year. It has the potential to cause serious damage to our already fragile economy. Between Jacinda Ardern’s personal ambition to be seen as a world leader on climate change, and the Green Party’s extremist ideology that regards human progress as something to be penalised, New Zealand is indeed in a precarious position.

Pressure needs to be applied to the National Party to oppose Labour’s extremist plans, rather than going along with them in the spirit of bipartisanship favoured by their leader Simon Bridges.

What the country needs right now is a strong Opposition with the courage to pull New Zealand out of the Paris Agreement before our economy and living standards are ruined.

Last week, the Government was accused of decriminalising marijuana by stealth through its medicinal cannabis bill, which has just been passed by Parliament. The new law will allow the smoking of loose-leaf cannabis by those who claim to suffer chronic pain.

Many New Zealanders support the use of medicinal cannabis for people needing palliative relief in the final stages of their life. But since one cannabis joint has the same carcinogenic effect on the lungs as smoking 20 cigarettes, the law should have forbidden the smoking of cannabis.

Instead, properly regulated and tested medications in the form of applications like pills and sprays should have been specified – especially in light of the Government’s commitment for New Zealand to be smoke free by 2025.

Furthermore, during the final stages of the Bill’s progression through the House, rather than sticking to the original proposal of limiting the use of medicinal cannabis to those with a year or less to live, Labour expanded the restriction to include a further 25,000 people who claim to suffer from chronic pain and say they need palliative care.

These changes will lead to an increase in the smoking of dope in public places. This will send a signal, especially to young people, that drugs are OK, making it harder for businesses who need drug-free employees, and increasing the danger on our roads.

Following the recent slide in the polls by both the Green Party and New Zealand First, there are rising concerns that Labour is now planning to gerrymander the electoral system to lower the threshold for parties entering Parliament from 5 percent to 4 percent to try to ensure they can make it back.

An important feature of electoral law in a free democracy like New Zealand is that the voting system is deemed to be of such constitutional significance that it is afforded special protection in law. This is to ensure that changes can only take place with the express approval of voters through either a binding referendum of voters or the agreement of 75 percent of parties in Parliament. This is an issue that will need close monitoring. It would be completely undemocratic if Labour attempted to circumvent convention and pass a law to change the threshold without a referendum in order to ensure the survival of the coalition beyond the next general election.

A major focus of our work next year will be on the Marine and Coastal Area Act claims process. The first of the High Court hearings for 202 of the 600 tribal claims for New Zealand’s coastline is scheduled for next July, and we are working hard to ensure the public interest will be strongly represented. This is going to be a long, difficult, and expensive battle.

With the retirement of Leighton Smith and his voice of reason from Newstalk ZB, the work of the NZCPR is now more important than ever.  Reasoned debate is becoming a rare commodity in New Zealand as mainstream media increasingly become reporting agencies for social media. In a sinister development, some media companies are now openly blocking the publication of views that are contrary to the tide of public opinion.

As you know, the focus of the NZCPR is on informing public opinion and influencing decision-makers. We are fiercely independent. We accept no government assistance, so we can genuinely hold politicians to account. But that means, we are 100 percent reliant on the kindness and generosity of readers to continue our work – not only fighting against the extremist agenda of our ideologically-driven Government, but also against the rising cult of fanaticism that is seeking to undermine Western society and democracy itself.

Readers who contribute to the NZCPR are making a huge difference – together, we are helping to shape the future direction of New Zealand.

Will you join us? To support the NZCPR as we tackle the major challenges that lie ahead, please click HERE – and, in appreciation for your wonderful support, we will provide you with a range of outstanding free books and other electronic resources.

And if you don’t like using website forms, here are the direct donation details – BUT please include your name and email address so we can send a receipt.

With our very best wishes for Christmas and the New Year – and we do hope you will stand with us as a supporter in 2019!