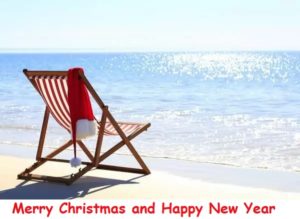 On behalf of the New Zealand Centre for Political Research I would like to say a huge thank you for your on-going interest and wonderful support over the last 12 months – and wish you and your family a very Merry Christmas and a happy and healthy New Year!

Without a doubt, 2021 has been a very disturbing year as we faced the reality that our Prime Minister is leading New Zealand down a pathway of extreme socialism.

Many people are now realising that Jacinda Ardern is not the benevolent caring soul she portrays, but instead is heavily influenced by the extreme socialist thinking of the United Nations and the World Economic Forum.

We now know she is introducing the UN’s Agenda 2030 into our everyday lives – not because she told us she was doing so, but because she revealed her plans to an elite audience overseas.

Particularly troubling is her implementation of He Puapua, the agenda of her Maori caucus for iwi control of the country. It was not disclosed during the 2020 general election campaign and Jacinda Ardern has no mandate to impose this radical plan to replace one of the world’s oldest democracies with tribal rule by 2040. Exposing He Puapua has been a turning point and we are pleased the NZCPR was able to play such a pivotal role.

Under the guise of implementing the UN’s Declaration of the Rights of Indigenous Peoples, the Prime Minister is orchestrating a massive transfer of power – an effective takeover of New Zealand’s democratic system of government by iwi leaders. Using the façade of “co-governance” a powerful tribal minority is being given 50 percent control and veto rights over all other New Zealanders. The ultimate goal is to establish an elite tribal aristocracy, that bestows privilege on those of Maori descent, relegating everyone else to second-class status.

While the PM deliberately kept He Puapua hidden throughout 2020, once she realised she had the power to govern alone, the agenda for Maori supremacy is being fast-tracked.

Nothing is safe. Our language is being corrupted with Maori words and phrases replacing English in communications, place names, and even the name of the country. History is being re-written and school children are being indoctrinated with a Maori World View. Tribal custom (tikanga) is replacing the common law in the legal system. Our democratic right to oppose Maori wards on councils has been abolished opening the door for the tribal control of local government. Under the Pae Ora Bill, our community-based District Health Boards are being replaced with new centralised agencies controlled by Maori which will prioritise race over clinical need. And now under Three Waters, billions of dollars of ratepayer funded council infrastructure and assets will be confiscated and transferred to agencies controlled by the tribal elite.

Iwi are attempting to take over policing – through roadblocks and other public access bans, they want control of child protection services to prevent abused Maori children from being cared for by non-Maori families, they want ownership of the Conservation Estate, and influence over Resource Management Act decision-making.

The rationale for this extraordinary takeover is that Maori are Treaty partners with the Crown and so should have 50 percent of control of the country. But even though it is constitutionally impossible for the Crown to enter into a partnership with her subjects, the PM not only continues to promote this fiction as the truth, but she has prevented the media from investigating it, by making the promotion of the Treaty ‘partnership’ a condition of access to her $55 million Public Interest Journalism Fund.

This fund is a shocking pay-off that has turned the mainstream media into a mouthpiece for government propaganda – a situation that is completely unacceptable in a modern democracy which relies on the media to hold the government to account.

Jacinda Ardern is proud of ‘capturing’ the media, as she explained to an international audience of world leaders at a virtual Summit for Democracy hosted by US President Joe Biden on December 10: “In New Zealand we saw that Covid-19 was affecting traditional media models, already under pressure. We’ve also seen the spread of misinformation on Covid-19 particularly through social media. We had to act, so we made it a priority to establish a Public Interest Journalism Fund to help our media to continue to produce stories that keep New Zealanders informed. Underpinning this action is a recognition that a vibrant and trusted media sector is a vital component of a healthy democracy especially during times of crisis.”

The PM does not seem to realise that through her actions, she has almost single-handedly destroyed the credibility of New Zealand’s once great Fourth Estate, by offering government handouts that require the promotion of propaganda as a condition of acceptance. In some countries, what is going on here would be regarded as corruption and those orchestrating it would be indicted.

In fact, never in the history of New Zealand have once-popular media outlets become so despised by the public as they are now.

Anyone listening to Jacinda Ardern telling world leaders that “democracy underpinned by human rights is essential to our identity as a nation”, would imagine her to be a true champion of democracy and human rights.

But her actions tell a different story.

The Prime Minister is attempting to replace democracy with authoritarian tribal rule, as she delivers control of our country to the unelected and unaccountable representatives of multi-million dollar private sector iwi corporations, one co-governance deal at a time.

Not only that, but her management of Covid-19 has crushed human rights in an unprecedented manner never experienced in New Zealand before. Her harsh lockdowns have cost lives and livelihoods, and her vaccine mandates – coming on top of an election promise not to make vaccination compulsory – has had a devastating impact on families and businesses, and all for no good reason, since testing and the use of protective equipment could have been required instead.

That Jacinda Ardern can ignore the devastation caused by her decisions, and gloat on the world stage about how great her achievements are, demonstrates the essential truth of the saying, “Power corrupts, and absolute power corrupts absolutely”.

Fortunately, New Zealanders collectively are fighting back, and thank you so much to all of our NZCPR readers for your wonderful efforts in joining in the campaigns and helping to spread the message. In just one year support for Labour has fallen in the polls from 50 percent on election night to around 36 percent. Opposition parties are now within striking distance of gaining a majority, and it seems highly unlikely that Labour would ever again be able to govern alone.

Looking ahead, there is a lot of water to go under the bridge before the next election, and we will face massive challenges as Labour presses ahead with its extremist agenda and makes the most of having majority rule.

One such challenge will be an implementation plan for He Puapua, developed by iwi leaders at the behest of the Government.

To achieve Maori sovereignty by 2040, He Puapua not only requires the recognition of Treaty partnerships, but two other major constitutional changes are also needed: the first is to introduce ‘tikanga’ into our law, and the second is to include the Treaty of Waitangi in a new written constitution.

Through one of our campaigns, the NZCPR is challenging a High Court ruling that tikanga trumps the common law to the Court of Appeal, and while the case relates to the coastal claims process, it has wider implications for the Rule of Law.

Furthermore, in 2011, the NZCPR led a successful campaign against the Maori Party’s attempt to introduce a new Treaty-based constitution for New Zealand. It was a battle that we could not afford to lose, since such a new written constitution would put Judges in charge of law-making and entrench and prioritise Maori rights above all others, with any challenge to that status deemed unconstitutional and ruled out.

Since a working group of iwi leaders has already developed a draft Treaty-based constitution for New Zealand, it is possible that they may try to use He Puapua and Labour’s majority rule to force it through. If that is indeed their plan for next year, then another major campaign will be needed!

It is in this climate of increasing oppression, that the NZCPR enters our sixteenth year of operation, driven by a philosophy so eloquently expressed by former US President Thomas Jefferson: “An informed citizenry is at the heart of a dynamic democracy”.

As you know, to retain our independence, the NZCPR is funded solely by donations from readers and Christmas is a make-or-break time for us – it’s when we find out whether our readers will back us for another year so we can continue producing our weekly newsletters and running our important campaigns. With no other sources of funding, our future is in your hands.

If you would like to ensure the NZCPR can keep the flame of freedom and democracy alive in 2022, and stand – on your behalf – against the tribal elite and the destructive agenda of socialism, propaganda, and intolerance being pushed by Jacinda Ardern, then please support our Christmas fundraiser with a one-off donation – or monthly contribution to help us build a more sustainable future – by clicking HERE.

And if you don’t like website forms the direct donation details follow – but please include your full name and email address so we can send a receipt:

Whether we like it or not, an attack is underway for the heart and soul of New Zealand. With your backing, the NZCPR will fight for our democracy and our Kiwi way of life. Together we will make a difference – we will defend our country and stand up for our future.

Best wishes for Christmas and the New Year – and thank you once again for your wonderful help and support.