Barend Vlaardingerbroek BA, BSc, BEdSt, PGDipLaws, MAppSc, PhD Otago, an associate professor of education at the American University of Beirut, is a regular commentator on social and political issues.

There is a rather predictable pattern to elections in many developing countries that includes accusations of vote rigging, sometimes even before the results of the election have been announced.

Perhaps those crying foul before the results are out sense that they are going to lose and try to stay one step ahead by asserting that the poll must have been rigged should the other lot be declared the winners. Another way of reading it is that they are signalling that they simply can’t live with ‘the other lot’ holding the reins of power.

Holding elections has been held up for a long time as an imperative for any country emerging from internal strife or some form of dictatorship, but in reality the entry of the ballot box has often exacerbated rather than ameliorated problems faced by those societies. The process of democracy in the absence of the spirit of democracy all too often sharpens the divides in such societies by providing potent new rallying points for opposing groups leading to civil unrest and violence. 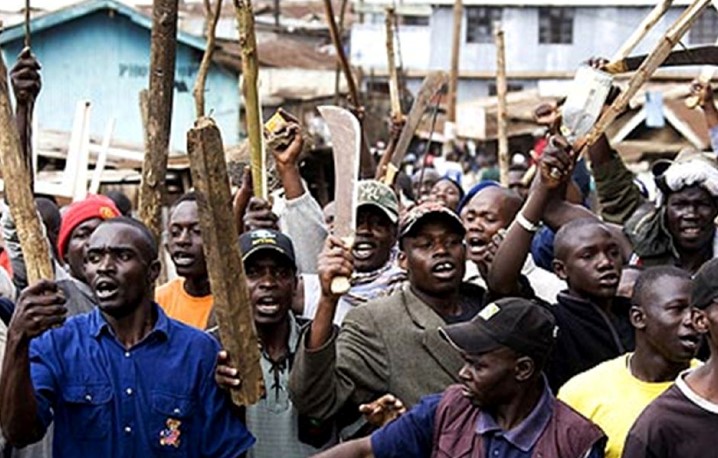 Election campaigning in Kenya: the process of democracy adds fuel to the tribalist fire

In a fledgling democracy, people tend to regard elections as contests between good and evil. Opposing parties are seen as public enemies whose followers mean to harm society or sections of it, and they must be stopped by any means available, fair or foul. There is very often a strong association between political allegiance and ethnic/tribal or religious identity where there is a history of animosity between the camps involved. In Africa, it is usually tribal; here in the Middle East, sectarian. This imparts a brazen ‘them versus us’ mentality to electoral proceedings that manifests itself in acts of open hostility such as orchestrated mass violence aimed at crushing political movements that are perceived as presenting threats due to the ethnic or religious identity of their followers.

Underlying this attitude is a weak sense of national identity. Political thinking is largely shaped by people’s primary identity, which is ethnic/tribal or sectarian rather than national. There are exceptions to this rule among the more cosmopolitan educated classes, but the observation generally holds well. The upshot is that one is effectively looking not at one ‘country’ in many instances but at a conglomeration of ethnic/tribal or sectarian ‘states’ coexisting within the same set of national borders. This phenomenon and its associated mindset comes under the tag of ‘micronationalism’, a term which overlaps with ‘separatism’ but which I prefer as it highlights the ‘State within a State’ aspect of this mentality.

What we tend to find in these fragmented societies is that the guiding principles of democracy, such as equality, are applied to people and institutions that people identify with as their own, but not to ‘others’. As a prime example, ethnic or sectarian discrimination in employment is so rife that it is widely accepted as a norm. A fatalistic shrug of the shoulders rather than righteous indignation when this is pointed out tends to signal that acceptance: “I wouldn’t have a hope of getting that job because I’m tribe/sect X and the people heading the selection committee are tribe/sect Y, so I can’t be bothered applying” (corollary: “If the committee were made up of members of my tribe/sect, there’d be no point in them applying, and I’d be the one laughing!”) .

Micronationalism finds a legitimate means of expression in so-called ‘internal self-determination’ arrangements whereby a particular group of people, usually ethnically defined, pretty well run their own affairs within a federal structure. The Kurdish Autonomous Region of Iraq is a good example. Québec is another. However, this arrangement is often regarded as a half-baked alternative to the secession (‘external self-determination’) which those people would much prefer but do not have the power to bring about, at least not at the present time. 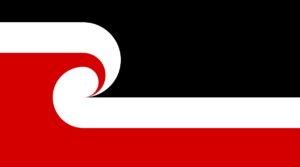 Having one’s own flag is a potent symbol of micronationalism

It strikes me as axiomatic that a fully-fledged democracy must per se operate at the national level. This entails the application of democratic principles, based on equality before the law, at all levels of governance. It is this maxim, once infused into the public psyche, that underpins the spirit of democracy. And it is as oil is to water with regard to the “some (us) are more equal than others (them)” dictum that is the hallmark of the micronationalist mindset.

Micronationalism is no stranger to the West, but on the whole we outgrew it as many of the old barriers that existed between groups of people disintegrated with greater geographical and social mobility and people at large started to see themselves as citizens of a nation-state firstly and foremostly and as members of arbitrarily defined ‘groups’ within that nation-state as a secondary level of identity. There are exceptions such as Catalonia where many people yearn for a return to independent nationhood after having been absorbed by an adjoining power. But identity politics is reintroducing the micronationalist bug into the mainstream politics of many a Western society.

Multiculturalism as a political paradigm is a regressive step in the sense of engendering micronationalism and is thereby a step away from true, mature democracy. Sharia courts in the UK, different dress codes for people of various ‘minorities’, and allowing members of select ethnic groups to kill animals destined for the table in a manner that would land other citizens in court for animal cruelty are just three of a host of examples of the drive towards micronationalism, and thereby the erosion of democracy. Next time you tut-tut about flare-ups between different tribal or sectarian groups in Africa or the Middle East, bear in mind that we in the West are heading back to that democratically immature state of affairs.

‘No-go zones’ are popping up in Western cities as a result of misguided immigration and multiculturalism policies. These rapidly start functioning as ‘States within States’ and you don’t have to go as far afield as Londonistan or Brussels to find them……. 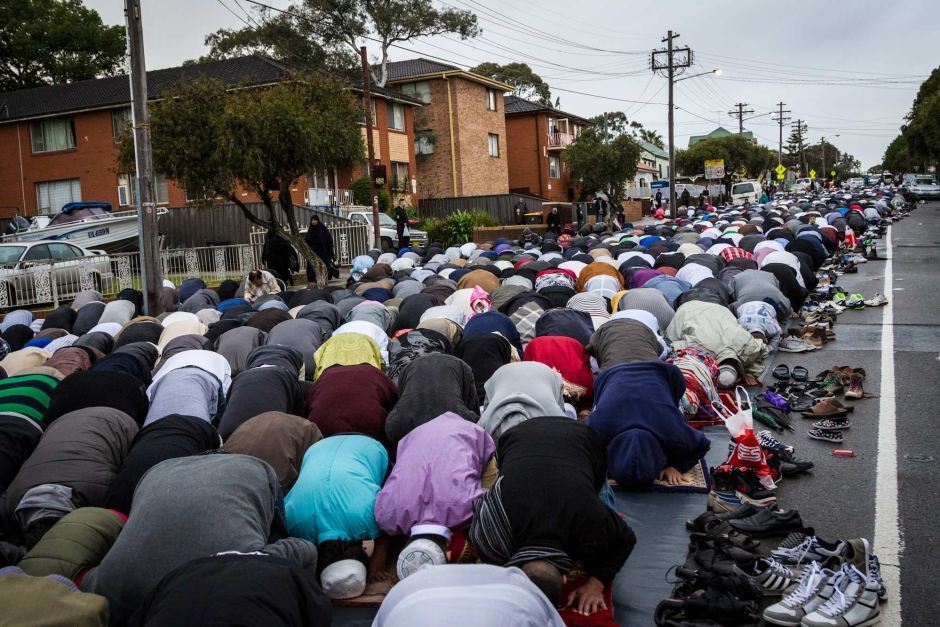 No, this is not a scene from Teheran, but from Lakemba in Sydney 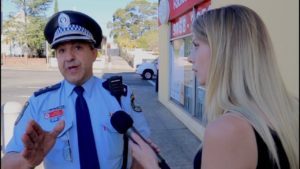 Lauren Southern being accosted by police on the main street of Lakemba. Why? Because her very presence might cause people to react violently and thereby bring about a breach of the peace – she herself doesn’t have to do anything wrong. “As far as I’m concerned, they have Sharia law here,” she says in disgust, referring to the place as “conquered land”.

A related aspect of democratic maturity is the value placed on the role of opposition parties in the legislature. The function of the Opposition is, in the famous words of Australian Senator Don Chipp, to “keep the bastards honest”. A strong Opposition acts as a watchdog over the doings of the government and rings the alarm bells should the government veer towards overstepping the mark. One of the characteristic features of immature democracies is the tendency for people to favour the concentration of power in the hands of a select few by eliminating political opposition. But without the checks and balances provided by a credible Opposition, ruling parties have a nasty habit of turning into dictatorial cliques answerable to no-one but their cronies. Voters in mature democracies may vote for opposing parties at, for instance, state and federal levels to ensure the maintenance of a healthy balance of power. To many citizens of immature democracies, this comes across as an inexplicable act of infidelity.

None of this constitutes an argument against the expansion of democracy to encompass populations to whom it is a newcomer. The point I am making is that we in the West need to focus much more on ‘spirit’ than on ‘process’ when faced with societies emerging from chaos or totalitarian regimes. We need to get away from the demonstrably misguided view that holding elections will automatically make everything come right because it might actually make things worse rather than better.

Closer to home, we need to stop the slide back to political immaturity through the encouragement of micronationalism by means of policies arising from the multicultural canard. The process seems to be well on the way in NZ if articles I have been reading on this website of late are anything to go by. The ‘great leap backwards’ that this represents needs to be checked or we will be wiping out the democratic gains of the past two centuries. 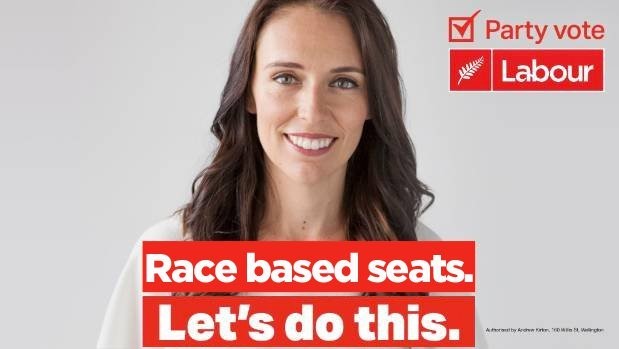 Towards micronationalist separatism NZ-style. Perhaps we should go the whole hog and start allocating parliamentary quotas on the basis of sectarian identity as well.