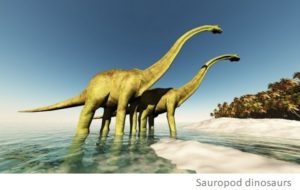 News reports tell us that in a couple of weeks’ time, on September 14, an asteroid that is double the height of Auckland’s Sky Tower will pass within 5.3 million km of the Earth. According to NASA, the Asteroid 200 QW7 making this ‘close call’, is 650m in diameter and is travelling at 23,000 km per hour.

Earth was not so lucky sixty-­six million years ago, when a massive asteroid ten kilometres wide and travelling at around 72,000 km per hour hit off the coast of Mexico. So much air was compressed in front of the asteroid that it blasted a hole through the atmosphere, generating an enormous supersonic shock wave.

The asteroid struck in shallow seas gouging a crater that was almost 30 km deep. The energy released was more than that of a billion Hiroshima bombs. It blasted some twenty-five trillion tonnes of molten rock and debris into a fiery plume that reached halfway to the moon before collapsing. The superheated rock spread throughout the atmosphere blanketing the earth. Blobs of molten glass (called tektites) rained down, starting fires all over the planet. Seventy per cent of the world’s forests were consumed.

Giant tsunamis churned across the oceans tearing up coastlines. The dust and soot from the impact and the fires screened out the sun for months on end. Photosynthesis all but stopped, killing most plant life. As plankton in the seas died off, oxygen levels plummeted, and the earth plunged into a cold period.

The toxic atmosphere caused ecosystems to collapse, and an estimated three quarters of living species became extinct. The carbon cycle, which is necessary for life on earth, almost came to a halt.

Before the asteroid struck, the planet was enjoying one of its greener and warmer period, with temperatures around 3 degrees Celsius higher than today, and carbon dioxide levels almost five times higher. These high levels of carbon dioxide combined with a warm, moist climate, enabled vegetation to grow at the unprecedented rates needed to sustain the massive herbivores that had evolved over the previous 200 million years – the dinosaurs.

The biggest dinosaur was the Sauropod. It was the largest animal ever to live on dry land. Standing more than 18 metres tall and 35m long, it is estimated to have weighed up to 100 tonnes. This species is thought to have populated every continent on Earth except Antarctica.

Sauropods were ruminants producing methane gas as a result of their digestive processes. In fact, scientists at John Moores University in England, believe that “these dinosaurs could have produced more methane than all modern sources — both natural and man-made — put together.” They have calculated that they would have produced around 520 million tonnes of methane a year, compared to modern-day wild and domestic ruminants that together produce 50-100 million tonnes annually.

In other words, whether it is herds of dinosaurs roaming the planet, or bison and antelopes, or cattle and sheep, the methane they produce is all part of the Earth’s ancient carbon cycle, breaking down quickly in the atmosphere into the carbon dioxide and water that feed the plants that feed the planet.

Of the gases in the atmosphere that can absorb the sun’s heat to enable life on Earth, Water Vapour is by far the most common. It makes up 95 percent of greenhouse gases, with Carbon Dioxide, Methane, Nitrous Oxide, and other traces gases making up the balance.

These greenhouse gases are largely produced by natural processes. Water evaporates from rivers and oceans into the atmosphere, creating humidity and falling as rain and snow. Methane is produced by microbes in anaerobic conditions including swamps and wetlands, as well as in ruminant stomachs. Carbon Dioxide is produced by all life on Earth through respiration. It is trapped in rocks, produced during combustion and volcanic eruptions, absorbed and released by the sea, and of course, it plays a key part in photosynthesis, where plants transform it into the food that sustains all life on Earth.

Altogether, the contribution of mankind to the greenhouse effect is 0.3 percent – 99.7 percent is natural.

Buffeted by the vast forces of nature such as the sun, wind, and rain, the climate is constantly changing. At the present time, with permanent sheets of ice at the North and South Poles, Planet Earth is in an interglacial period within an ice age.

At some stage the ice will either expand to produce a cooler period, or it will shrink to introduce a warmer period – but whichever way it goes, as is evidenced from our 4 billion year history, it is nature that controls the climate.

It was only just over 700 years ago that the world entered the Little Ice Age, where temperatures fell between 1 and 2 degrees for almost 500 years. Before that, during the 400 years of the Medieval Warm Period, temperatures had risen by 1 to 1.5 degrees.

When that huge asteroid hit the earth, the luxuriant leafy world of the dinosaurs ended abruptly. But the planet rebounded and regenerated. And that’s the reality of the Earth – our planet is big enough to look after itself.

In comparison to the forces of nature, mankind’s impact is infinitesimal. It is illogical to assume otherwise.

Logic however, has not prevented new-age socialists from embracing global warming as the means to pursue their anti-business agenda. They have successful convinced a significant part of the community that carbon dioxide – the basis of life on Earth – is a pollutant, and that mankind’s “progress” is sinful.

They are using fear to force through their extremist policy agenda.

They argue that humans are annihilating the Earth through farming cows and sheep, and driving motor vehicles.

They target children, telling them that their parent are responsible for killing the planet and urging them to take action.

They are driving a malicious campaign of attaching ‘denier’ labels to anyone who dares to challenge their assertions, with a hysteria reminiscent of the Salem witch trials.

The point is that denying and challenging theories is the foundation of the scientific method. It’s how new discoveries are made and hypotheses that were once taken for granted are rejected.

And that’s why the activists’ claims that the science is settled is pure propaganda designed to silence contrary views. By its very nature, science – including climate science – can never be settled.

Being called a denier should be regarded as a Badge of Honour – the shame goes to those alarmists who are exploiting public fear with their dangerous propaganda.

Worse, some in the media are assisting them by refusing to report contrary views. And next month it’s going to get much worse as alarmist media organisations from all over New Zealand plan to increase the frequency and intensity of their global warming reporting in the lead-up to a United Nations climate change summit in New York.

Beginning on Monday 16 September, most of New Zealand’s major news outlets, including Stuff, the Herald, TVNZ, and RNZ will no doubt publish doomsday scaremongering instead of news.

The alarmists behind the ‘School Strike for Climate’ are also using the UN meeting to call for children up and down the country to join in yet another protest on September 27. They are trying to persuade the union movement to support a general strike on the same day.

While our Government hasn’t yet revealed how many people will be travelling to the UN meeting in New York, they will be well aware that the round trip by aeroplane will emit more carbon than an average family of four would generate in a year.

Greta Thunberg, the young Swedish climate campaigner, who is the new poster child of the climate movement, has sailed to New York, in a publicity stunt that has captivated the international media. What they don’t report is that her trip to New York will end up creating far more emissions than if she and her dad had just taken a plane. The Berlin newspaper TAZ reports, “The sailing trip triggers at least six climate-damaging air travel across the Atlantic. If Thunberg had flown with her father, only two would have been necessary to come to New York.”

This sort of hypocrisy underpins the whole climate change crusade.

While our well-being Prime Minister pledges school lunches for children from struggling families on the one hand, on the other she’s planning zero carbon legislation that will create widespread hardship through escalating petrol, electricity and food prices.

This week’s NZCPR Guest Commentator economist Dr Edward Hudson has carefully examined the Government’s Zero Carbon Bill from first principles, concluding that not only is it far more radical than it needs to be to fulfil the requirements of the United Nations Paris Agreement, but that it will profoundly damage the economy and the country:

“The benefits to New Zealanders of the Carbon Bill are miniscule. Action on emissions would uphold New Zealand’s commitment to the Paris Agreement but this would require New Zealand simply to set targets consistent with the Agreement’s. The Carbon Bill goes well beyond this in terms of the timing and severity of proposed emission reductions.

“The economic and social risks associated with the Carbon Bill are substantial. The targets could not be met with present technologies. Relying entirely on new, or as yet non-existent, technologies is risky, especially when the costs in terms of material standards of living are substantial if these technologies do not eventuate.

“An intelligent evaluation of the Carbon Bill involves comparing rewards to risks, benefits to costs. The Government has not done this evaluation. The Carbon Bill is driven by ideology rather than careful analysis.

“The environmental benefits of reducing New Zealand’s greenhouse gas emissions are negligible. The costs are uncertain because it is impossible to forecast the future development and costs of emissions reduction technologies. It is irresponsible to blithely assume, as the Government does, that such technologies will be developed.”

Dr Hudson’s damning analysis also points out that the Carbon Bill will destroy the viability of our crucial farming sector. And while the National Party has not ruled out supporting the Bill, their MP Judith Collins has now signalled that she intends voting against it. There is every chance that other MPs and the party may follow.

Meanwhile the Climate Change Minister has now admitted that proper research did not underpin the harsh emissions targets in the Bill. He says he simply plucked the 47 percent reduction in methane out of a UN report and is now prepared to change it.

James Shaw is desperate for National to support the Bill, as he obviously does not want a main party pointing out to New Zealanders that it would impoverish our country. But perhaps he also needs National’s support as a safeguard in case New Zealand First – which has yet to confirm its position – decides to oppose the Bill.

National should stand up for New Zealanders by voting against the Bill. And so should New Zealand First.

If you want to help stop our country to going backwards, there’s still time to contact MPs in New Zealand First and National and urge them to oppose this disastrous Bill.

Would you like to see New Zealand First oppose the Zero Carbon Bill?