New Zealand at a Crossroads 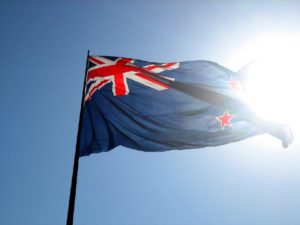 “Marxists get up early in the morning to further their cause. We must get up even earlier to defend our freedom.”
– British Prime Minister Margaret Thatcher, 1978

New Zealand is at a crossroads. This is the moment that will define the next generation. Will our future embrace freedom and liberty, or are we staring down the barrel of increasing Sate control.

Some say we are already on a totalitarian path – our personal freedoms taken away by ever more powerful politicians and organs of the State.

Defined by the Oxford Dictionary as a system of government that is centralised, dictatorial and requires complete subservience to the State, ‘totalitarianism’ certainly describes the actions of Jacinda Ardern’s Government since mid-March.

At that time, the Prime Minister used the extraordinary powers reserved for use when the nation is under threat, to lock down the economy and confine people to their homes. The decision to abandon the protocols of the Pandemic Management Plan – last used by John Key to guide the country through the Swine Flu pandemic – appears to have been taken capriciously on the basis of grossly exaggerated modelling.

In his article What Price Liberty and the Virus, the former Judge and Law Lecturer Anthony Willy, explains that ‘For the first time in our history inalienable liberties and freedoms set out by the New Zealand Bill of Rights – freedom of association, freedom of movement, the liberty of the person, and the right to live in a Parliamentary democracy – have been suspended.’

“In a sinister twist, loss of these rights is backed by an apparently highly popular government encouraged scheme of dobbing in one’s neighbour for possible infractions. At the time of the fall of the Berlin wall it was estimated that the membership of the Stasi was about 80,000 but that many times this number were unpaid informants assisting the Stasi to protect the state from infection with the very ideas and principles the government has suspended.”

The PM’s ‘dob in your neighbour’ campaign is particularly galling in the context of her “be nice to each other” mantra, but when combined with high profile pro-active policing, it ensured widespread subservience.

In fact, the only groups to openly flout the lockdown rules and seek on-going publicity for their law breaking, were tribal activists running illegal blockades to promote their separatist agenda. Instead of enforcing the law, the Government turned a blind eye, empowering others claiming race-based mandates to follow suit.

In his article Maori monarch declares waterways off-limits, journalist Bob Edlin explains how the Maori King used COVID-19 to justify placing a rahui on the Waikato River: “we think the river needs time to rejuvenate and regenerate its spiritual self as well.”

It’s appalling that such naked attempts to exert tribal supremacy are taken seriously by anyone at all, and its politically corrupt for such actions to be endorsed by the Prime Minister and the Police Commissioner.

Newstalk ZB’s Mike Hosking is scathing: “So the fundamental dishonesty continues… you can set up a roadblock, pretend to call it a checkpoint, and get approval from the Prime Minister and the Police Commissioner. And worst of all it’s political. The Labour Party are beholden to Maori for the Maori seats. They would sell every non-Maori out to offer a level of tacit support for illegal activity the rest of us wouldn’t stand a hope in hell of getting away with. Why are we putting up with this?”

Another hallmark of totalitarianism is the State’s response to those who challenge the leadership. While some regimes forcibly silence their critics, in New Zealand they are discredited.

Attempts have been made to discredit a group of New Zealand academics and public health experts who openly opposed the lockdown. They argued “the government’s strategy was over-the-top and likely to cause greater harm than the virus to the nation’s long-term health and well-being, social fabric, economy, and education.”

To their credit they have carried on claiming the Government’s restrictions were a mistake. They believe that most working people and children are at such a low risk of harm from the virus, they should have been at work and school, with only the high risk groups, namely the elderly and those with underlying health conditions, in isolation.

Also attacked was the former Reserve Bank economist Ian Harrison of Tailrisk Economics, who exposed the gross inaccuracies of the models that spooked the Prime Minister into her Captain’s Call to lock down the country. In a new paper he outlines why his analysis is correct and his critics are wrong.

A crucial point he makes is that the new daily COVID-19 case numbers peaked towards the end of March, which was too early to have been impacted by the lockdown. This means that the Ministry of Health’s Pandemic Management Plan, which we had been following before the PM closed down the country, was working.

After National’s leader condemned the extension of the level 4 lockdown, an orchestrated Facebook attack by Labour activists successfully changed the narrative from a criticism of the PM’s decision, to questioning Simon Bridges’ leadership. It can be no coincidence that Labour’s internal polling showing poor public support for Simon Bridges as a future Prime Minister was “leaked” shortly afterwards.

Creating a climate of fear to suppress criticism and control the narrative is a tactic commonly used by totalitarian governments.

With an election only four months away, the big question now, is to what extent will the Government try to control our future. Given the unprecedented destruction of the business sector caused by Jacinda Ardern’s lockdown, will New Zealand once again become a free market economy, or will we lurch down a socialist path to ever more state domination?

Robert Muldoon, of course, ruled New Zealand in a dictatorial fashion after the oil shocks of the 1970s. His ‘Think Big’ era of central planning brought the country to its knees.

After winning the 1984 election in a landslide, the new Labour Government – under the guidance of Finance Minister Roger Douglas – moved New Zealand from a highly regulated society, to an open and competitive, free-market economy.

Sir Roger Douglas is this week’s NZCPR Guest Commentator. He believes the situation New Zealand is facing today is dire:

“The Covid-19 outbreak has not only precipitated a health emergency, but also an economic crisis, unparalleled in modern history. For New Zealand to emerge from that crisis in a relatively healthy state, the Labour government will need to provide a clear framework for recovery, implementing policies which clearly prioritise those most affected.”

Sir Roger believes “a clear understanding of the kind of New Zealand we all want in the future” must underpin an economic blueprint, and he sets out some ideas: “Ultimately, we have a choice.  We can either muddle through as we are – relying on policies that haven’t worked since the 1950s and which are ill-suited to our quickly changing world – or we can opt for a reset, introducing social and economic policies that will make New Zealand not only a richer but more equitable place to live; a country where every New Zealander has the chance to take control of their lives and secure a better future for themselves and their families.” Sir Roger’s paper can be viewed HERE.

Already there are disturbing signs that rather than fast-tracking reforms that will reduce bureaucracy and red tape to speed up the recovery, the Government is preparing to micro-managing the economy and pick winners – those industries which will be doomed and those which will thrive.

Indeed, if central planning is a sign of what’s to come, then Labour may try to use this virus crisis to embed their socialist world-view deep into the heart of our democracy. They don’t seem to realise that collectivism does not lead to economic success. No-one can imagine what ideas Kiwi go-getters will pursue on the road to recovery, but we can be sure they will be more imaginative, more practical, and more successful than the ideas coming from out-of-touch bureaucrats and career politicians in Wellington.

This is not the first time in modern history that a nation has had to decide whether to go down the path towards socialism or free enterprise.

In 1948, after three years of economic crisis following the Second World War, West Germany’s Economics Minister Ludwig Erhardt introduced sweeping reforms. Virtually overnight, the bureaucracy was curtailed, taxes were flattened, and the country was transformed into a free market economy.

To encourage hard work, tax on earnings from hours worked over 40 hours a week was abolished. And to incentivise exports, taxes on all profits earned through exports, were eliminated.

Released from the shackles of an overbearing bureaucracy and excessive taxation, innovation flourished, productivity soared, and exports skyrocketed. The country prospered. It was not long before Germany, the vanquished, overtook the victorious UK to become one of the world’s strongest economies.

In the years after the War, Britain, meanwhile, took the other path. Comforted by victory, the state assumed more power, virtually ruining the economy until it was rescued by the daughter of a green grocer.

When Margaret Thatcher became Prime Minister in 1979, the country was run-down and racked by stagflation and labour strife. To reinvigorate the economy, she planned to roll back ‘the frontiers of the state’, restoring a culture of entrepreneurship and respect for private property: “I came to office with one deliberate intent: to change Britain from a dependent to a self-reliant society – from a give-it-to-me, to a do-it-yourself nation. A get-up-and-go, instead of a sit-back-and-wait-for-it Britain.”

Her reforms, which embraced the virtues of freedom, lower taxes, and less regulation, transformed the economy.

For New Zealand, determining the path forward is a crucial decision – it must not be the subject of another Captain’s Call by Jacinda Ardern and her close knit group of sycophants.

History is clear. The best way to grow an economy is for the Government to get out of the way and let businesses do what they do best: create jobs and wealth. New Zealand’s future should harness the entrepreneurialism, energy, and expertise of Kiwis wanting to build a good future for themselves and their families.

Until our borders re-open, many believe New Zealand’s future lies in exports. Everyone who produces goods and services needs to be given the opportunity to deliver for the export market. The Government could facilitate this by removing barriers to progress: replacing the consenting roadblock of the Resource Management Act with enabling legislation, ensuring any fast-tracked infrastructure projects expedite trade, and incentivising exports – along the lines of West Germany.

Perhaps an imaginative Sam Morgan type will create the bridge between local producers and the international marketplace via a “Kiwi Market” fashioned on ‘Alibaba.com’, a world leading e-commerce platform.

Most importantly, during this difficult period, its crucial to remember that with good ideas and motivation, the internet can deliver extraordinary results.

Just look at Captain Tom Moore, a British 99 year old who decided to walk 100 laps of his garden before he turned 100, to raise £1,000 to support the National Health Service during their time of crisis.

Thanks to the internet, he became a household hero around the world, raising over £30 million for the NHS. The British Prime Minister Boris Johnson described Colonel Tom, as he has now become, “A point of light in all of our lives”.

His inspirational story reminds us that anything is possible – and from our own back yard!

*Do you want the Government to be more or less active in the long term management of the economy?