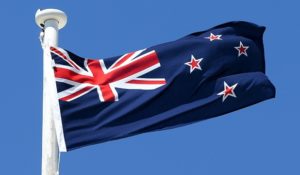 “We should not think of ourselves as Maoris or pakehas, but rather as one people.”
– Labour Prime Minister Walter Nash, Waitangi Day 1960.

With Waitangi Day coming up on Thursday, it is interesting to look back at its chequered history.

The first official commemoration of the signing of the Treaty of Waitangi on February 6 occurred in 1934, two years after the Treaty grounds were gifted to the nation by the Governor-General Lord Bledisloe.

During the 1940 centennial celebration of the signing of the Treaty, newspapers described Waitangi as the ‘cradle of the nation’ and the Treaty as the ‘foundation of nationhood’. Prime Minister Michael Joseph Savage emphasised national pride and unity.

While there were annual celebrations at Waitangi, it was not until the passing of the Waitangi Day Act in 1960 that the 6th of February became ‘a national day of thanksgiving in commemoration of the signing of the Treaty of Waitangi’. Although there was no public holiday, regions were encouraged to recognise Waitangi Day using their existing public holidays.

It was during the 1972 election campaign that Labour leader Norman Kirk promised February 6th would become a national holiday.

In his first speech at Waitangi as Prime Minister in 1973, Norman Kirk said, “Tonight I want to say that we weld together in New Zealand, not a society which demands that some give up their identity in the interest of a majority but we each preserve our culture and our identity and concentrate on building a society in which we have equal opportunity to participate in the benefits and responsibilities of New Zealand.”

In that spirit of unity the Prime Minister insisted that the day of celebration should be called New Zealand Day – a day for all New Zealanders to observe our different identities and the sense of nationhood that brought us together. He wanted to ensure the day was owned by everyone, irrespective of race or heritage.

He thought of New Zealand as a nation of people of different backgrounds, all bound together by our common citizenship and love of our country.

He said, “This is our nation, our opportunity to foster and encourage New Zealand nationhood that we mark with pride and gratitude what has been, and resolve that for the future together we work to build the society in New Zealand that gratifies us and becomes the envy of others.”

The New Zealand Day Act was passed into law on the 19th of October 1973.

The first New Zealand Day commemoration, on the 6th of February 1974, coincided with a Royal Visit by the Queen. There was a large extravaganza celebrating New Zealand’s many different nationalities including Maori, English, Irish, Scots, Dalmatians, Danes, Dutch, Pacific Islanders and Indians. All were recognised for the part they played in the country’s journey to nationhood.

Prime Minister Kirk said, “I want to pay tribute to all those who join together tonight to give New Zealand on this first New Zealand Day a glimpse of the forces and the inheritance of history that made us what we are. Our future will be what we make of it for ourselves: the sum total of our daily actions and our willingness to join together. And if we join together in a spirit of co-operation and mutual respect, everything is possible, nothing is beyond us. Let each New Zealand Day stand as a milestone before which we pause and review our efforts and refreshed, press on to build the future that we can earn.”

Thirty years later, Prime Minister Kirk’s colleague, the former MP and historian Dr Michael Bassett, wrote “Norman Kirk reinterpreted Governor Hobson’s comment that we were ‘one people’ into a more realistic assessment of what we had become. He said we were ‘one nation, many people’, then added that we all had equal rights.”

Sadly, New Zealand Day was short lived. National’s new Prime Minister Robert Muldoon changed it back to Waitangi Day in 1976, laying the way for it to become a day of grievance rather than celebration.

According to Dr Bassett, a small number of radicals killed off Norman Kirk’s dream of unity. He believed it could be restored if a government had the courage to honour the things that bind us, instead of appeasing the small minority that are intent on pulling us apart.

If Norman Kirk’s vision had been retained, then the 6th of February would be a national celebration of nationhood – a day for acknowledging our shared culture and pride in our country.

Kiwi culture is of course multi-dimensional. It not only includes our ancestral customs and other symbols of our historical inheritance, but predominantly, it relates to the way we live our daily lives – the language we speak, the way we think, the food we eat, the clothes we wear, the houses we live in, the games we play, the television programmes and movies we watch, the books and magazines we read, the work we do, the sports and recreation we follow.

What Norman Kirk may not have anticipated back when he was promoting unity, was the emergence of cultural fundamentalists. These radical separatists, who see everything through the prism of culture, are determined to divide New Zealand by dominating Kiwi culture with their contrived customs and practices.

Their ultimate objective was expressed by Te Uraroa Flavell, the former MP and Maori Party co-leader, some years ago when he declared “Aotearoa, should be in Maori hands”. Regrettably, the population at large do not seem to be aware of their goal. And politicians seem all too willing to turn a blind eye when it suits their political ambitions.

That’s what makes the on-going attempts by the Maori tribal elite to use culture as a means of gaining political control so dangerous.

The reality is that New Zealanders should be free to live their lives without being subjugated by separatists pushing their radical sovereignty agenda onto the country.

That includes freedom from those whose agenda is to replace English in the established names of such things as places, streets, mountains, rivers, parks, reserves, buildings and businesses, with a Maori language version.

Nor should these cultural fundamentalists have the right to curtail the freedom to celebrate customs that have come from immigrants’ home countries – including the tradition of recognising Guy Fawkes Day on November the 5th.

Those who want to celebrate Guy Fawkes Day should be free to do so, without the fear that the call of Maori activists to commandeer November 5th for Parihaka Day through legislation, may be forced onto New Zealanders.

While those who want to commemorate Parihaka Day on November 5th should be free to do so, their claim that it is “much more relevant than Guy Fawkes” is questionable – there is something about the plot to blow up Parliament in 1605 that captured the public imagination and has withstood the test of time!

Similarly, the Dutch community should be free to continue to celebrate their Christmas tradition of having St Nicholas assisted by Black Pete.

Many Dutch immigrants arrived in New Zealand in the 1950s from post-war Europe, working hard to help build our nation. They have gone about their business largely un-noticed – until some cultural fanatics decided that having someone dressed up with a blackface was ‘racist’, ‘deeply disturbing’, and not OK ‘under any circumstances’.

With an admirable directness and cynicism towards authority, when the Christchurch Netherlands Society was asked whether they were bothered about the criticism from Maori – and from the United Nations – their reply was a simple “No!” They intend to continue celebrating their traditions undeterred.  And good on them.

To his credit the Race Relations Commissioner Meng Foon also believes that Black Pete is not a problem: “I encourage the Dutch society to celebrate St Nicholas day with Black Pete.”

When cultural bullies attempt to destroy the right of others to enjoy their own traditional customs in New Zealand, we should stand up to them.

Just as it is now deemed unacceptable in a secular New Zealand to force Christianity onto anyone, so it should also be unacceptable for Maori to force their spiritualism onto others. Yet that’s what’s happening more and more in government-controlled agencies including schools – in many cases under the guise of ‘cultural competency’.

In effect, this represents an extremist assault on the rights of employees and children. It is also a sad indictment on New Zealand politicians that in the last decade, successive governments have enabled a minority of cultural bullies to embed their extremism into our public service and society in general.

We should also be encouraging all of those people who intend standing for Parliament to oppose cultural extremism.

This week’s NZCPR Guest Commentator, former Judge and Law Lecturer Anthony Willy, in his article that looks back at the founding of New Zealand adds his voice to the stand against extremism:

“It is time for the abolition of those separatist symbols – the Maori seats and the Waitangi Tribunal. They have outlived any use they may have once had, and they are now an affront to the common sense of hard-working New Zealanders, Maori and Pakeha alike.

“As the recent British elections have shown the day of reckoning always comes when the ‘common people’ make known their views to the ‘ruling classes’ for whom the outcome is shockingly painful. That day is not far off in New Zealand.”

We can only hope that the coming election will mark a turnaround for New Zealand – towards the vision of unity expressed by our former Prime Ministers.

In the meantime this Waitangi Day promises to be yet another day of tribal demands from the elite of Maoridom who want more power and control.

According to some news sources, it may also signal the disastrous opening up of private land to Treaty claims through a deal to end the Ihumatao protest.

If this deal goes ahead, it will signal the end of secure property rights in New Zealand, by empowering all settled Treaty claimants to demand to revisit their agreements to include private land.

As Labour MP Peeni Henare warned back in July, “If the Government steps in to buy this land back, we undermine every Treaty settlement that’s been done to date. We then allow re-litigation of settlements that have been done in the past and are we prepared for that?”

Already the President of the Maori Party is promising an election policy that will include a total overhaul of the Treaty settlement process to include privately owned land.

In fact, opening up private land for Treaty settlements was always the protestors’ goal: “Here at Ihumatao we are challenging the notion that the government can simply wash its hands of the confiscation of lands that happened in the 1860s, simply because the land has been transferred into private hands. This struggle for justice… has shown us that our democracy is wanting and needing to be reviewed.”

Overturning this country’s private property rights safeguard signals a significant threat to social stability. One has only to look at the history of land confiscations in Zimbabwe to see where this could lead New Zealand.

It is Prime Minister Jacinda Ardern who is responsible for the Ihumatao stand-off, by going against official advice and interfering in the process. If the Government gives in to the protestors and the $45 million taxpayer-funded deal to undermine private property rights goes ahead, it should surely signal the end of her re-election chances in September.

*Would you support a return to New Zealand Day on the 6th of February to uphold Norman Kirk’s vision of ‘one nation, many people, equal rights’?