Plastic Bags – a matter of perception not science 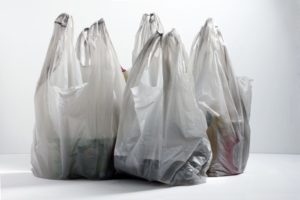 On the 10th of August, Prime Minister Jacinda Ardern announced, “We’re phasing-out single-use plastic bags so we can better look after our environment and safeguard New Zealand’s clean, green reputation.”

She claimed, “Every year in New Zealand we use hundreds of millions of single-use plastic bags – a mountain of bags, many of which end up polluting our precious coastal and marine environments and cause serious harm to all kinds of marine life, and all of this when there are viable alternatives for consumers and business.”

This is at odds with the information contained in a consultation document produced by the Ministry for the Environment on the banning of plastic shopping bags, which states, “We do not yet know the full nature or extent of the impacts of single-use plastic shopping bags specifically, and marine microplastics generally. The Government’s proposal takes a precautionary approach to reduce the risk of them contributing to long-term impacts on the environment and human health, as well as their wider socio-economic and cultural impacts.”

In other words, the Government wants to ban the plastic shopping bags even though there is no scientific evidence of harm to our environment.

So what does the consultation document say that might justify the ban?

It explains that in 2015/16 the targeted shopping bags comprised an infinitesimal 0.01 percent of waste by weight that was levied to landfills.

Coastal clean-up data shows that over a 6 year period, the number of plastic bags that ended up on our beaches represents an even more infinitesimal 0.00001 percent of all such bags used in New Zealand. Furthermore, most bags found in the coastal area are likely to have been properly disposed of in landfills, but have ‘escaped’ due to inadequate management by councils.

In other words, even though there isn’t a readily identifiable problem with the way New Zealanders are using plastic bags, our Prime Minister intends jumping onto the populist bandwagon and banning them anyway.

The PM also explained, “It’s great that many people are already changing the way they shop. But it’s important we take the time now to get this right so we can help all New Zealanders adjust their shopping habits.”

According to Jacinda Ardern, the best way to help New Zealanders adjust their shopping habits is to use the coercive power of the State to force them to do so through a law that forbids their use and imposes a $100,000 fine for non-compliance!

She intends to introduce the ban through the regulation-making powers of section 23(1)(b) of the Waste Minimisation Act, which allows for the “prohibition of the manufacture or sale of products containing specified materials”. When it comes to penalties for non-compliance, the Act states, “Persons knowingly contravening regulations made under section 23(1)(b) are liable to a fine of up to $100,000”.

By using this Act, the Labour-led Government will be able to railroad through a ban on ‘single-use’ plastic shopping bags quietly and quickly, thereby avoiding the controversy associated with trying to pass legislation through Parliament that will take away the freedom and choice of New Zealanders.

This move by Jacinda Ardern to ban plastic bags is reminiscent of attempts by Helen Clark’s Nanny State Government to ban incandescent light bulbs from our homes and to dictate what sort of shower heads we could use in our bathrooms.

But Labour’s intrusion into the private lives and freedoms of New Zealanders was seen as a step too far, and was one of the factors that led to them losing the 2008 General Election.

According to the consultation document, New Zealanders’ use of plastic bags has decreased markedly over the last few years, under the voluntary regime that is currently in place.

Kiwis now use around 750 million plastic shopping bags each year, or 154 bags per person. This is less than half of the bags used in 2005, when each person used 323 bags a year.

The Minister for the Environment, Green MP Eugenie Sage, who shared the stage with the PM for the announcement of the ban, said that many countries had successfully taken action on ‘plastic pollution’ in recent years, and she was confident New Zealanders would also embrace the change.

“Public calls for action have encouraged a significant number of retailers, including supermarkets, to move on single-use plastic bags. We want to support their efforts by ensuring the retail industry moves together in a fair and effective way.”

Again, under the Waste Minimisation Act that will be used to introduce the ban, the support the Minister is so eager to give to the retail industry, is a punitive prohibition regime and the threat of a $100,000 fine.

The reality is that industry groups have already voluntarily embraced the goal of further reducing the use of free plastic shopping bags. Many major retailers, including Countdown, New World, The Warehouse Group, Z Energy, and Mitre 10, are committed to phasing them out altogether.

New World is one of the companies that has been pro-actively helping customers to transition away from their use, by not only giving away attractive re-usable bags, but by also providing rewards in the form of a small credit off the grocery bill for each re-usable bag used.

Pak’nSave and Bunnings provide carboard boxes for their customers as an alternatives to plastic bags, and The Warehouse, which stopped giving away free bags in 2009, recently announced that the bags that they will have available for purchase will be ‘compostable’.

So with huge progress already being made to reduce the use of plastic shopping bags on a voluntary basis – the question that needs to be asked is why is Labour proposing the ban?

The Prime Minister probably answered that question in her announcement when she said – in a self-congratulatory manner, “We’re listening to New Zealanders who want us to take action on this problem. It’s the biggest single subject school children write to me about.”

In other words, it’s all about ‘perception’ – looking good and being seen to be a ‘caring’ government. The children have spoken and Jacinda Ardern can again claim on the world stage that she is a decisive new-age leader, committed to saving the planet for future generations.

The consultation document, however, exposes the alarmist agenda that underpins the Government’s campaign to ban plastic bags: “The capacity of Earth is finite, while the human population and our aspirations for material consumption keep growing. As a result, global consumption of raw materials and natural ecosystem services is increasing rapidly in a degrading environment. Current evidence indicates that we have already stepped over a number of safe planetary boundaries.”

Ironically the so-called ‘single-use’ plastic bags are in fact typically reused by households – the ‘single-use’ label a convenient ‘misnomer’ to discredit their value to society.

In comparison, there is endless plastic packaging that is not only truly ‘single use’, but is almost impossible to open and even harder to dispose of, that most people would be more than happy to see replaced. But these are not the easy targets that plastic bags have become, and so are ignored by environmental zealots.

We should also be mindful that mankind has an amazing capacity to innovate to overcome problems – if the incentives are right. Plastic bags are no exception.

To date while an affordable bag that is strong and re-usable, but also readily compostable is not widely used, it appears that one is now available. The Warehouse is presently introducing plant-based shopping bags that are designed to disintegrate in compost within 12 weeks with no toxic effects. These will replace the plastic carry bags that they sell.

Isn’t this the real answer for New Zealand – encouraging major retailers to switch to shopping bags that have been designed to ‘disappear’ at the end of their useful life, with no adverse consequences? Then customers could choose between using these ‘disappearing’ bags, or their own re-usable carry bags.

This issue highlights just how authoritarian Governments can be – when it suits their political agenda and branding: “We are a Government determined to face up to New Zealand’s environmental challenges. Just like climate change, we’re taking meaningful steps to reduce plastics pollution so we don’t pass this problem to future generations.”

This week’s NZCPR Guest Commentator is Seattle based New Zealand consultant Nicholas Kerr, who has also been looking into the banning of plastic bags. He outlines the real problem:

“A recent study, from the Helmholtz Centre for Environmental Research, found that 90 percent of plastic polluting the world’s oceans comes from ten rivers, eight of which are in Asia; two are in Africa. In other words, developed countries such as the United States and New Zealand aren’t part of the problem, and taking away the freedoms of their citizens isn’t part of the solution either.”

Nicholas goes on to explain, “As with most government dictates, plastic bans can have unintended consequences such as increasing energy use and water pollution, heightening public-health risks, increasing overall use of plastics, or harming groups in society such as the disabled and poor. For example, a recent Danish Environmental Protection Agency study found that an organic cotton bag uses more than 150 times as much energy and causes over 600 times as much water pollution when compared with low-density polyethylene grocery-store bags.”

Buried in the Appendix of the Government’s consultation document is information from a Danish study that analyses the environmental impacts of different types of bags. The 14 factors considered in the analysis are climate change, ozone depletion, human toxicity (cancer and non-cancer effects), photo-chemical ozone formation, ionising radiation, particulate matter, terrestrial acidification, terrestrial eutrophication, freshwater eutrophication, ecosystem toxicity, and resource depletion (fossil and abiotic), including the depletion of water.

The research found that organic cotton shopping bags had such a high environmental impact that they had to be used 20,000 times to have less impact than a ‘single use’ plastic bag!

In fact, all other shopping bag types had a far higher effect – even paper bags had to be used 43 times to equal the environmental impact of a plastic bag.

So our PM, who claims climate change is her nuclear free moment and the most important issue of her generation is planning on forcing the whole population into using alternative bags that will substantially increase greenhouse gas emissions and have far greater negative consequences on the overall environment, than the plastic bags she wants to ban.

This is Nanny State Government at its worst – it sounds caring, but in reality, politicians, who believe they know what’s best for citizens, not only take away individual freedom and personal responsibility, but they create outcomes that cause more harm than good.

An outright ban on ‘single-use’ shopping bags was just one of a range of proposals to reduce usage that was outlined in the consultation document. Other options included continuing the present voluntary approach, or introducing new Government regulations or legislation in the form of levies or taxes on bags, or deposit and refund collection schemes.

The PM wants an outright ban, despite there being no major plastic bag waste problem in New Zealand that needs fixing. With no real justification for her actions, the only answer to the question of why she would want to do it, is that she again wants to strut her stuff on the world stage and boast that she is transforming New Zealand in her high profile public quest to save the planet. Such lofty ideals are perfect credentials for a career at the United Nations. Meanwhile long-suffering Kiwis are expected to meekly bow to her agenda.

In terms of reducing plastic shopping bag use in New Zealand, which option do you support: the present voluntary scheme, the Prime Minister’s proposed ban, or some other form of levy, tax, or deposit and refund collection scheme?