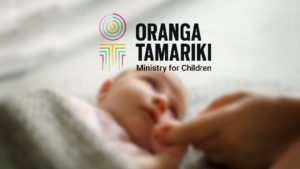 In New Zealand last year, Maori babies under 3 months old were five times more likely than others to be placed into state care. And, of the 6,429 children in state custody, 69 percent were Maori.

Some Maori luminaries claim this shocking state of affairs is because our child welfare system is racist. They self-servingly suggest the solution is the “Maori way”, which conveniently involves transferring to them the powers of the Ministry for Children – Oranga Tamariki – giving them control of child protection services.

To support their well-orchestrated political crusade to disestablish Oranga Tamariki and entrench race-based policies that would endanger children, the taxpayer-funded Waitangi Tribunal launched an urgent inquiry.

The Chair of the Whanau Ora Commissioning Agency, Merepeka Raukawa-Tait, claimed, “This Urgent Inquiry into Oranga Tamariki should be the final death knell to a Ministry that must shut down. Its systemic failure is inexplicable given it has continued without consequence spanning generations. Now is the hour for Maori to be enabled to take charge themselves, not a Government department… Maori are more than capable of supporting whanau to make any necessary changes to ensure that tamariki Maori flourish in their home environment.”

Yet these comments beg the question as to why Whanau Ora, with well over $100 million a year in taxpayer-funding, is not already supporting families with children at risk to keep them safe from harm, so State intervention is not needed.

What those attacking the Ministry for Children are actually calling for, is the denial of the right of Maori children to have the same regulatory care and protection that exists for all other New Zealand children. By turning the responsibility for the protection of Maori children over to private Maori authorities, the government would in effect, be discharging itself of its responsibility for some of the country’s most vulnerable children.

That surely is not an option.

The ‘by Maori, for Maori, with Maori’ separatist “solution” that’s being proposed is sinister. It not only fails to address the real cause of the child abuse crisis, but it also fails to even acknowledge it.

The real problem, of course, is not the government agency – nor institutional racism or colonisation. The real cause of the Maori child abuse crisis is family members threatening the safety of their children.

But finally, the code of silence that encircles that inconvenient truth has been broken by a Maori leader with the courage to speak out.

Tommy Wilson of Te Tuinga Whanau Services has explained that Oranga Tamariki is not to blame for children being taken from their homes – it is the families themselves that need to take responsibility and fix the harm being caused by their addiction to methamphetamine.

He says it is meth that is tearing families apart: “The taniwha, the elephant in the room for us is P – let’s start talking about what happens if you don’t uplift those children and that’s the other half of the conversation that’s not been had…

“We have sunglass Mondays here where mums are wearing sunglasses on a Monday because they’ve been beaten up on the weekend, that has nothing to do with tikanga or colonisation or what’s happened with them. It’s a lot to do with this insidious drug that is tearing families apart, and we aren’t equipped to handle it.”

With more than a tonne of methamphetamine now being consumed in New Zealand a year, it is a common factor in child uplifts. In a report published in June, Oranga Tamariki revealed that a third of babies in their care came from families with a meth history – and in 75 percent of those cases, it was the mother who was the user.

Meth use creates mood swings as well as erratic or aggressive behaviour, that can give rise to violence and sexual abuse against children. There’s often severe poverty as parents spend their money on P instead of on their family. As a result, children are neglected, while their parents are passed out on a high.

According to the Ministry for Children’s Chief Social Worker, Grant Bennett, “We’re certainly seeing a rise in addiction and the devastating impact of P and that’s reflected in our work and it’s now one of the primary reasons we become involved with whanau. We have children with broken femurs, with multiple fractures, we have children suffering serious neglect and some who have been sexually abused.”

The agency has revealed that the main reasons why babies under 30 days old are taken into State care are historical concerns about family violence, along with maternal alcohol and drug use. There are concerns that if cannabis use is legalised in October’s referendum, the situation will get worse.

Information collected by the New Zealand Police shows that the district with the highest rate of methamphetamine use is Northland, followed by Eastern, Bay of Plenty, Waikato, Auckland, Central, Wellington, Tasman, Canterbury, and Southern. Estimates of use range from a high of 1,000 mg of meth per day per 1,000 people in Northland, to a low of 200 mg per day in Southern.

According to an analysis of the problem, meth use is higher in Whangarei than any other city or town in New Zealand. Furthermore, its estimated that ‘at least’ 20 percent of Kaikohe’s 4,000 residents are users, and that the situation is similar in Moerewa, Kawakawa, and most of Northland’s other small rural towns.

The effects of the drug on local communities is clearly visible to those who care to look.

But it seems that many Maori leaders don’t want to see – it’s much more convenient to attack the agency that is trying to save their children from harm.

So, the travesty continues – while P is devastating families and communities, so-called Maori leaders distract attention from real solutions by continuing to blame colonisation – someone else’s fault – rather than acknowledging the problem and addressing it.

“Child welfare is among the most complicated and sensitive of all government social welfare functions, balancing as it does parents’ rights to raise their own children with society’s obligations to protect children at risk. This task is made all the more difficult by complicating factors such as poverty, unemployment, addiction and isolation – all of which are common on many First Nations reserves…

“If Canada truly wishes to reduce the number of Indigenous children in foster care – and all Canadians have a stake in this outcome − we must start by emphasizing the importance of sobriety, parental responsibility and family stability among all citizens…

“After more than 30 years on the bench, it was clear to me that governments and agencies have very little control over how parents actually care for their children, or the eventual outcomes. Child welfare workers, Indigenous or non-Indigenous, are all motivated by a deep desire to do what is best for children under their watch. If a child has become a permanent ward of the state, it is almost certain that his or her home life was thoroughly and irreparably dysfunctional. Accordingly, the only way to remedy the high number of native children in foster care is to tackle the root cases. Family dysfunction on reserves is not the fault of child welfare agencies. The blame lies with parents and their communities.”

One simple question that needs to be asked is why, once drug use has been identified as causing harm to a family on welfare, is money management not automatically applied?

Money management is a successful scheme used to help young parents on benefits live within their means, with regular bills automatically paid, a payment card for groceries and other essentials at approved stores, and a small amount of discretionary income for personal use.

If this programme was extended to include those on welfare with children who are struggling to meet their financial obligations, it would make it far more difficult for vulnerable parents to slip into a drug habit. And if they did, the problems would be identified earlier, with assistance and rehabilitation services available sooner.

But tackling the root causes of child abuse also means discouraging sole parenthood and welfare dependency – two of the most serious risk factors for children – through effective welfare to work requirements.

Just as race-based policies are not the answer for reducing child abuse, nor are they the answer in any other area of government responsibility. Yet, with retaining the seven Maori seats at the 2020 election a priority for Labour, over the last three years racial privilege has been further entrenched.

One shocking development is that Maori patients are now being prioritised for health treatment in many parts of the country. Under the guise of reducing disparities, ethnic background is considered more important than clinical urgency. As a result, critical patients are being forced to wait, while Maori patients with less urgent needs, are given priority.

This racial travesty is in addition to the many administrative inefficiencies that currently exist within the health system. Improving disparities is not rocket science, but it does need District Health Board leaders to prioritise patients ahead of cultural and trade union interests.

There are some simple things DHBs could do to dramatically improve patient outcomes. More flexible working hours would enable surgeries and appointments to be held at times that suit patients, significantly assisting those who struggle to take time off work or find child-care.

Nor does it make sense to have expensive operating theatres sitting idle for more than 16 hours a day when hospital waiting lists are full of patients in urgent need of surgery.

Mobile clinics could also be used to take services directly into communities where health needs are high, but transport is lacking.

So, although Labour seems intent on appeasing radicals to improve their re-election chances, DHBs should refuse to buy into the lie that good health is a race issue, and treat everyone equally regardless of ancestry.

The Maori Development Minister is also proposing  policies to help secure the Maori seats. She wants 16 percent of the government’s annual $40 billion spend on roads, housing and other goods and services to be allocated to Maori businesses. While Government tenders usually focus on value for taxpayers, Labour wants the procurement process to favour supporters.

That also seems to be the objective behind special treatment for Maori in the Government’s new home ownership scheme that makes use of shared ownership, rent to buy, or leasehold arrangements.

Directives have also been issued to reduce the over-representation of Maori within the criminal justice system by taking a ‘softer’ approach to Maori offending, the new public service legislation requires a “greater involvement of Maori in the public service”… and on and on it goes.

But race-based ‘solutions’ are not the answer to disadvantage in New Zealand.

It’s time that politics was removed from the problem and a common sense approach adopted that helps people to become independent – of State and tribal control. While that will be an anathema to those pushing their race-based and Marxist agendas, it would be the right thing to do.

As the Nobel prize-winning economist Milton Friedman explained so brilliantly in his book Free to Choose: “A free society releases the energies and abilities of people to pursue their own objectives. It prevents some people from arbitrarily suppressing others. It does not prevent some people from achieving positions of privilege, but so long as freedom is maintained, it prevents those positions of privilege from becoming institutionalized… Freedom means diversity but also mobility. It preserves the opportunity for today’s disadvantaged to become tomorrows privileged and, in the process, enables everyone, from top to bottom, to enjoy a fuller and richer life”.

*Do you believe priority status on hospital waiting lists should be based on clinical needs or race?