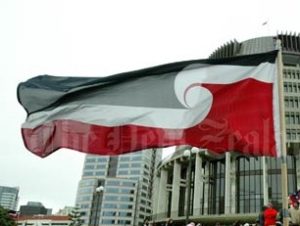 Earlier this month the Executive director of the taxpayer funded Maori Council, Matthew Tukaki, attacked Pope Francis, calling on him to apologise to Maori for colonising New Zealand: this shameful blight on our history “fuelled white supremacy” and supported “dehumanisation, dispossession, murder, and forced assimilation”.

While the Pope no doubt has more pressing concerns than irrational radical activists from New Zealand, the roots of such fanaticism can be traced back to the ideas of the Italian Communist leader, Antonio Gramsci, in the 1920s. Described as the greatest Marxist strategist of the twentieth century, that accolade does not adequately portray the extent of his subversive influence.

Attempting to understand why the great socialist uprising of workers predicted by orthodox Marxism had not eventuated, Gramsci realised that for most people, family, faith, and country, meant more than communist ideology. He therefore reasoned that the path to power lay in undermining those cultural pillars of civil society.

His blueprint for a successful Marxist takeover of the West centred on a “long march  through the institutions” that shaped minds – schools, universities, seminaries, the arts, cinema, theatre, and the media. He believed that one by one, they could be converted into ‘agencies of the revolution’.

Gramsci urged Marxists to form allegiances with Western intellectuals, who shared their contempt for society. He predicted a cultural revolution that would change the political structure as its final act. He believed such a movement could not be resisted by violence and once it took hold would spread rapidly, engulfing laws, institutions, and social structures.

Group rights were used to create change – feminist rights to undermine the family, while ethnic rights in the name of biculturalism would divide the Church and demonise patriotism.

A key tactic was to blame social deprivation on discrimination – such things as failing health, unemployment, and criminal offending became symptoms of persecution and victimisation, rather than a lack of personal responsibility: a failure to stop smoking, go to the doctor, get immunised, get a good education, find a job…

Professor Elizabeth Rata from Auckland University recounts how, in the sixties, the movement was spearheaded by a radical and political academic elite. Their drive for social justice, which focussed on improving outcomes for Maori, was eagerly adopted by a new professional middle class. Within two decades they succeeded in their primary goal of embedding Maori leaders within government institutions – to change policies and practices from within.

“For us it is more insidious, more subversive because we’ve gone further in the inclusion of ethnicity as a political category. You get inside a system and subvert it. Destroy from within.”

She worries about the implications for New Zealand’s parliamentary democracy.

“Throughout these four decades of biculturalism the retribalists sit easily, even smugly, on the side of the righteous. They use a history, written by the Waitangi Tribunal in the interests of the submitters, to claim the inheritance of the past. The Treaty is the document of that inheritance.

“The justification for this elite’s power is its claim to represent a tribal people –  so such a people must be created and maintained – hence the aggressive retribalisation that we have seen in recent years. Access to Treaty settlements requires individuals to belong to a tribe. Funds from Te Puni Kokiri have enabled tribal registers to be created on line. Educational scholarships require applicants to name their tribe. It is no longer enough to be Maori; one must be tribal Maori.”

Professor Rata is troubled by the fact that New Zealanders appear unaware of the grave threat to democracy posed by biculturalism: “Where is the constant arguing, the tough debate? We’re allowing a small, neotribal elite to have an enormously strong influence on a possible future constitution, which could contain ethnic group rights.”

Just last week, Sir Geoffrey Palmer, a key advocate of biculturalism, renewed his campaign to put the Treaty of Waitangi into the heart of a new constitution for New Zealand. If he succeeds and the Treaty becomes part of a written constitution, the Marxist goal of Maori sovereignty and control of New Zealand would be achieved.

Under Jacinda Ardern’s progressive Government, the momentum for change is intensifying.

A new radicalised narrative now claims that Maori have been oppressed since colonial times and their over-representation in disadvantage is the fault of the descendants of the colonisers.

Meng Foon, Labour’s new Race Relations Commissioner is promoting this propaganda: “I will use my statutory function to… address the ongoing and destructive effects of colonisation and structural racism.”

The former Mayor of Gisborne appears willing to attack anyone who undermines his agenda – as Andrew Hollis, newly elected to the Tauranga District Council, recently found out.

Andrew’s crime was to speak his mind and say that people have had enough of Treaty claims, that the Waitangi Tribunal ‘is past its use by date and is just a joke’, and that it’s time to “end the gravy train”. That this was posted on Facebook long before he’d decided to stand for election, seems to have been overlooked by Meng Foon in his haste to criticise.

In calling for the resignation of this democratically elected Tauranga councillor and implying the 7000 people who voted him into office got it wrong, the Race Relations Commissioner has revealed his contempt for free speech – and democracy.

This week’s NZCPR Guest Commentator Bob Edlin, a veteran journalist and editor of the Point of Order blog, explains that it was not only the Race Relations Commissioner, but the Maori elite who were also keen to side line the new councillor:

“As criticism of his opinions mounted Hollis said he had plenty of support. He also said he looked forward to working with iwi. He may not get the chance to demonstrate how willing he is to do this.

“Buddy Mikaere, a former director of the Waitangi Tribunal and another voice in favour of Hollis stepping aside from the council, said he would take every opportunity to ensure Hollis played no part in any discussions involving iwi matters because he had a conflict of interest.

“Important constitutional questions are being raised here. The muzzling of democratically elected councillors, for example.”

Bob is right. Our freedom of expression is protected in law – if the Race Relations Commissioner continues to attack this crucial freedom, he should be replaced.

Buddy Mikaere should also be careful what he’s calling for. When he says, “So this guy has got a conflict of interest which seems to me would disqualify him from any participation in any council business that has to do with Maori interests”, it goes both ways. Iwi representatives on councils are hopelessly conflicted and under his reasoning should have no say in matters affecting iwi.

While the Tauranga Council has appointed iwi onto committees, any move to give them voting rights should be opposed, since such a change would alter the democratic vote and – as a matter of principle – any proposal that affects voting outcomes should be decided by a public referendum of voters.

All around the country iwi are deliberately ignoring this by aggressively demanding that councils appoint them onto committees with voting rights – insinuating opposition is racism.

In Otago, iwi representatives with voting rights will remain on the Regional Council, despite a bid by four councillors to oppose them. They pointed out that consulting with iwi did not need to involve voting rights, but their defence of democracy fell on deaf ears.

It was the same story in the Waikato, where the District Council approved Maori representation with voting rights on three council committees, with only one councillor in opposition.

In New Plymouth – another council that had strongly opposed Maori wards in a referendum – a Maori representative with voting rights was appointed onto a new committee, with the only councillor in opposition, Murray Chong, unable to even get a seconder to his motion that the voting rights be removed.

While councils are a crucial target in the iwi march into governance, radical claims are being made across the board.

Just last week, Dr Keri Lawson Te Aho of Otago University blamed colonisation for the suicide rate of Maori men being more than double that of non-Maori: “There’s a form of sub-clinical depression happening with our Maori men… It’s anchored in our history under colonisation. It didn’t begin and end in 1769 when Cook landed here. We have intergenerational trauma… now beginning to surface.”

If any historic link is to be made it should be one of relief that colonisation brought with it the rule of law and an end to the devastation caused by inter-tribal warfare.

While Dr Te Aho’s claims should be dismissed, her call for activism is disturbing: “I believe there is a lot of underestimated influence and power in engaging our men in activism, in stepping up and taking leadership roles because it gives them confidence.”

But activism is part of the problem – one in six Maori now live in Australia, largely to escape the chains of tribalism and to gain the freedom to pursue their own pathway.

Some activists are now blaming colonisation for Maori crime. A new report from the left-wing  ActionStation and Otago University states the over-representation of Maori in prisons is the result of colonisation and structural racism.

They make the ridiculous statement that crime is the result of poverty and a need ‘for survival’, and they blame the British justice system for creating racial inequity.

They claim that ‘tikanga’ – Maori cultural practice – will redress the racial imbalance in our justice system: “As the people who judges lock up the most, Maori views should take prominence in the justice debate.”

Jacinda Ardern’s new Chief Justice agrees. Dame Helen Winkelmann outlines how she wants to see the “development of an indigenous law of New Zealand” including the principles of the Treaty of Waitangi. She wants more Maori judges and judges trained in tikanga: “Knowledge of tikanga Maori is essential knowledge for judging in New Zealand”.

With such changes part of a cultural revolution that is underway throughout the public service, Antonio Gramsci would be well pleased with how his life’s work is playing out almost 100 years later – on the other side of the world.

We take for granted that individual freedom and the market economy have produced one of the most prosperous times in the history of civilisation. But we have become complacent.

Our freedom and democracy are under attack by radicals firmly entrenched within our institutions. They are using biculturalism to divide our society and undermine national unity.

New Zealand is in desperate need of champions: not only to stand up for freedom and the right of individuals to express their views, but to reject the insidious creep of bicultural Marxism and restore New Zealand as one nation under one flag with one set of laws.

So well done Andrew Hollis for speaking your mind – and thank you to those who were brave enough to support him when he came under attack.

And shame on those activists who called for his resignation – and those Councillors who turned their backs on democracy the right to free expression.

Please note: The NZCPR’s ‘Breaking Views Update’ provides a daily record of new initiatives being proposed by iwi and delivered by the Government. You can sign up for a daily email summary by visiting the Breaking Views blog HERE.