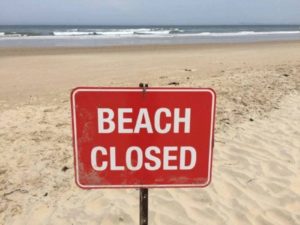 It’s eight years since the Marine and Coastal Area Act 2011 was passed into law. It triggered almost 600 applications from Maori tribal groups claiming they had used and occupied specified areas of coastline ‘exclusively’ and continuously since 1840. But for every claim, there were overlapping and competing claims from other tribal groups, who also asserted exclusive occupation and use.

To date, only three claims have been resolved. In each case the claimants got more or less what they wanted.

The first claim, for an area of mutton bird islands off Stewart Island, is the only case to have been finalised by the High Court. A Customary Marine Title for the Titi Islands was issued to Rakiura Maori in 2016. A further 202 High Court cases await resolution.

The second claim, lodged by the Hawke’s Bay iwi Ngati Pahauwera, is the only application to be determined using the Act’s alternative Crown Engagement process. There are 385 more cases waiting to be assessed.

The iwi was awarded a Customary Marine Title by then Minister of Treaty Negotiations Chris Finlayson for an area of coastline between Napier and Wairoa that had been used as a public road for over 100 years. Despite the area being used for droving sheep and cattle, delivering mail and supplies, transporting wool and produce, as well as extracting gravel and shingle, swimming, surfing, fishing, boating, hiking, and camping, Ngati Pahauwera claimed they had used and occupied it exclusively since 1840.

While the Marine and Coastal Area Act states the existence of commercial fishing and navigation cannot prevent an applicant group from claiming exclusive use, the Minister took the view that other activities are also irrelevant: “The submissions received do not demonstrate intensive third party use of the application area, and Ngati Pahauwera evidence asserts that third parties are not excluded provided they abide by Ngati Pahauwera tikanga.”

‘Tikanga’, which alludes to Maori custom and practice, can have such varied meanings, that Canterbury University law lecturer David Round warned against including the term in the law: “Tikanga will actually say that Maori still own a part of the foreshore and seabed even if other people visit it!” That’s exactly what’s now occurring.

Despite Minister Finlayson’s generosity in granting Ngati Pahauwera much of what they wanted, they are nevertheless heading to the High Court – as allowed by the Act – to try for more. A hearing has been scheduled for 2021.

The third claim to be determined – that of the East Coast iwi Ngati Porou – is more complex.

The tribe claimed 200 km of coastline north of Gisborne – stretching out 12 nautical miles to the edge of the Territorial Sea – under the old 2004 Foreshore and Seabed Act. That required their evidence of exclusive use and occupation since 1840 to be verified in the High Court, and a deal to be negotiated with then Treaty Minister Michael Cullen. While an agreement was reached before the 2008 election, the iwi delayed having their evidence tested in court.

Following the introduction of the Marine and Coastal Area Act, National’s Treaty Minister Chris Finlayson resumed negotiations with Ngati Porou to bring their claim under the new law.

Special legislation was drafted, and a report was commissioned to assess their evidence. But the iwi delayed, and the assessment was never completed.

When the Government changed, Labour’s new Treaty Minister Andrew Little passed the Ngati Porou Bill in Parliament without the legitimacy of their evidence ever being officially verified.

The new law gave Ngati Porou a $15.3 million pay-out and control of a vast area of coastline that had also been used as a public road until the 1940s. They were also given a two year extension of time to lodge a new claim under the Marine and Coastal Area Act, should they wish to do so.

Clearly if the non-literal definition of exclusive use accepted by Ministers – that others may use a claimed area as long as the usage is not ‘intense’ – is applied to all Crown Engagement cases and is adopted by the Courts, then control of substantial tracts of New Zealand’s coastline will pass to private Maori interests – beach by beach.

With that prospect ahead, the question arises of who is acting in the public interest to oppose opportunistic claims?

However, alarmingly, Crown Law has recently advised, that with regards to coastal claims, “the Attorney-General does not consider it is his role to oppose applications in the public interest”. Instead, he intends to act as an interested party in each claim to ensure the statutory tests are met.

This means there is no guarantee that even fabricated claims will be officially opposed.

While initially, the public may have been comforted by the thought that since all of the claims overlap, they would fail the ‘exclusive’ use and occupation test and be thrown out, this prospect is becoming less likely. Claimants are being asked by the High Court to settle their boundary disputes ‘according to tikanga’, so that by the time their cases are heard, arguments over overlapping areas would be resolved.

This week’s NZCPR Guest Commentator, Frank Newman, is a former councillor who set up the Landowner’s Coalition five years ago to protect private property rights. The Landowners Coalition is an interested Party in the High Court claims. Frank reports his observations to date:

“How Maori resolve these competing claims will be significant to the outcome of the process. The question of ‘exclusivity’ is critical. Some say the mere fact that there are multiple claims demonstrates no one group has used an area exclusively. End of story. However, Justice Churchman appears to have a different view, raising the possibility that there may exist ‘joint-exclusive’ use of an area.

“It’s therefore quite conceivable that in following the Judge’s suggestion, claimants may present a united front at the hearings by claiming joint-exclusive use, arguing over ‘divvying up the spoils’ later.

“A layman could quite rightly take the meaning of ‘exclusive’ to be ‘one but not more than one’. Claimants however may take a different view by arguing that ‘tikanga’ permits more than one tribe to use an area exclusively.

“Those engaged in the process therefore face the conundrum of arguing issues relating to exclusive use and tikanga without having a working definition and without being able to define its parameters. It will therefore be difficult to argue an area has not been used according to tikanga – when tikanga is whatever a claimant says it is.”

As Frank mentions in his article, the claimants will have a considerable amount to gain, when they ‘divvy up the spoils’ of victory.

Customary marine title holders would acquire ownership of the minerals found in their area – apart from those that have been nationalised: petroleum, gold, silver, uranium and greenstone. They could benefit commercially from the extraction of sand, gravel, iron ore, or rare earths – by mining the area directly, or leasing out their mining rights. And if extraction businesses already operate in their area, they will receive the royalties that are presently paid to local authorities and the government, back-dated to when their claim was first lodged.

As customary title holders they would have to be consulted on all resource consent applications in their area, including changing or renewing existing consents and leases. This will produce a perpetual income stream of consultation fees and cultural impact report charges.

Anyone failing to gain permission from title holders could face a fine of up to $600,000, or up to two years in jail. The iwi would receive recompense for lost income, plus 90 percent of any fines imposed by the Environment Court. With those prospective gains, there is every reason to believe customary title holders will aggressively assert their rights and encourage local authorities to prosecute.

Title holders also have to be consulted on any changes to conservation activities in their area, including any applications for marine mammal watching permits.

They also have the right to develop planning documents in accordance with their tikanga and impose them on the Director General of Conservation, the Minister of Fisheries, Heritage New Zealand, and district and regional councils.

Prohibited areas may be specified by title holders to keep the public away. In fact, many claimants are calling for ‘wahi tapu’ across their entire claimed areas. If granted, ‘wardens’ can then be appointed to patrol the areas and fine ‘trespassers’ up to $5,000.

While the public still retain the right to visit a title holder’s area not covered by a wahi tapu, locals who use the area for business purposes – such as surfing schools, fishing charters, and kayak hire – are likely to be charged for doing so, perhaps even driven out of business and replaced by those related to customary title holders.

This could end up being similar to the situation involving Tuwharetoa, who were given ownership of the bed of Lake Taupo in 1992. Having recently obtained the legal right to charge commercial users of the lake, long-established tourism operators are now claiming they are being priced out of their businesses. Hydro generators are also being forced to pay the iwi sums said to be worth several million dollars a year.

Tuwharetoa’s tactics don’t stop there – holidaymakers accused of trespassing are being forced off the foreshore even though they have every legal right to be there. Faced with threats and intimidation from the iwi, few members of the public are prepared to take a stand – most simply stay away.

When National introduced their Marine and Coastal Area Act in 2011, they reassured the public and Parliament that there would only be a few claims for remote areas of the coast.

But with the whole coastline under claim – many times over – the law is clearly not doing what Parliament intended. It should be replaced.

There is a precedent.

In 2003, New Zealand’s coastline was similarly threatened. In that case the trigger was not a new law, but a finding by activist Judges of the Court of Appeal. Their decision that Maori customary title might exist in the coastal area, overturned Crown ownership of the foreshore and seabed.

In response to their judgment hundreds of opportunistic claims for the coast flooded in to the Maori Land Court from tribal groups all over the country. As a result, the Labour Government introduced the 2004 Foreshore and Seabed Act to reaffirm Crown ownership and extinguish the claims.

The current flood of opportunistic claims mirrors exactly what happened in 2003.

What New Zealand needs right now are politicians with a strong public heart to step up and repeal this dangerous law – to extinguish the claims and reaffirm Crown ownership of the coast on behalf of all New Zealanders.

Unless the law is changed, these cases will drag on for years, costing taxpayers hundreds of millions of dollars. The lost opportunity cost to New Zealand will be enormous, as coastal projects are shelved because the process of gaining approval from large numbers of claimants is just too onerous.

National’s Marine and Coastal Area Act has become a disaster.

When laws fail, Parliament must step in.

The law needs to be changed now so Kiwis can be assured that the public foreshore and seabed will be preserved in perpetuity as the birthright and common heritage of all New Zealanders.

Do you agree it’s necessary to repeal the Marine and Coastal Area Act?