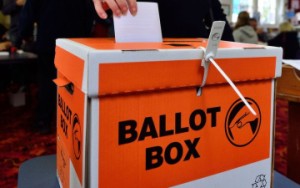 The recently released referendum results for the five councils that decided to introduce Maori wards against the wishes of their local electors showed, in each case, that the public is opposed to race- based democracy.

The over-riding message from these results – and from those of many other similar referenda that have taken place around the country over the years – is that most New Zealanders do not want local government defined by race.

Amongst those campaigning for the establishment of Maori wards are supporters of Maori sovereignty. Through their fraudulent claim of Treaty partnership with the Crown, they are pushing for the tribal co-governance of local authorities.

Not content with accepting the voice of democracy, these radicals are now attempting to change the law. They want to prevent locals from having the right to call for a referendum to challenge the introduction of Maori wards by removing direct democracy petition rights from the Local Electoral Act.

The activists’ strategy has been to persuade people in influential positions to support their call for a law change.

Astonishingly, they have even managed to convince Local Government New Zealand – the body that represents the country’s 78 local authorities – to back their cause, even though LGNZ could be expected to be a stalwart in defending local democracy, not campaigning against it.

The former Mayor of New Plymouth, Andrew Judd, has become a fanatical advocate for removing direct democracy Maori ward petition rights, to the point where he claims anyone voting against Maori wards is racist.

The Greens co-leader, Marama Davidson, whose Private Member’s Bill to remove these petition rights was defeated in 2017, has made it into a key priority for her Party. Local Government Minister, Nanaia Mahuta, and the Crown-Maori relations Minister Kelvin Davis, have become government cheerleaders for this elitist agenda.

The justification being used by advocates pushing for a law change is that petition rights over the creation of Maori wards are a discriminatory ‘loophole’ in the law, since if a council decides to change ward boundaries or create other new wards, poll provisions do not apply.

LGNZ used this argument in an open letter to the Government back in March, when it called for a law change: “these poll provisions apply only to the establishment of Maori wards. That they do not apply to other wards marks the provision as discriminatory to Maori and inconsistent with the principle of equal treatment enshrined in the Treaty of Waitangi. Either the poll provisions should apply to all wards or they should apply to none. The discriminatory nature of these polls is not acceptable.”

But since their argument does not tell the whole story, let’s set the record straight on petition rights.

An important feature of electoral law in a free democracy like New Zealand is that the voting system is deemed to be of such constitutional significance that it is afforded special protection in law to ensure that changes can only take place with the express approval of voters.

In the case of the Electoral Act, which controls Parliamentary elections, the voting system – along with a number of other provisions such as the term of Parliament and the voting age – is deemed to be a ‘reserved’ provision that is protected under section 268 of the Act. This means it cannot be changed unless a referendum of voters is held, or a 75 percent majority of Parliament agrees:

Clause 268 (2) states, “No reserved provision shall be repealed or amended unless the proposal for the amendment or repeal –

(a) is passed by a majority of 75% of all the members of the House of Representatives; or

(b) has been carried by a majority of the valid votes cast at a poll of the electors of the General and Maori electoral districts.

As constitutional law expert Dr James Allan, a Professor of Law at Queensland University and formerly of Otago University, explains, “there are legitimate and illegitimate ways to attempt to change constitutional arrangements. A binding referendum would be a legitimate process.  Another legitimate process would be for all political parties that are inclined to support this law change to make it a clear, major component of their manifesto before the next election, so that after that next election a ‘cross-party agreement’ had some legitimacy.”

Professor Allan warns, “Let’s be clear.  Barring that, cross-party agreement – however broad – is democratically illegitimate.  Deals stitched-up after elections without changes having been signalled to voters by political parties before the election, on something as fundamental as changing constitutional arrangements, are totally illegitimate.”

When it comes to local body electoral law, the same principles apply. The Local Electoral Act, which determines all aspects of local government elections, includes voting system safeguards in the form of ‘direct democracy’ provisions that give electors the right of veto over proposed changes. Under sections 27 to 34 of the Act, local electors can challenge a council’s decision to change the voting system between First Past the Post (FPP) and Single Transferable Vote (STV) through a district-wide referendum – if they gain the support of 5 percent of voters in a petition. The result is binding on the council for the next two elections.

Accordingly, in 2002, after Helen Clark’s Labour Government pushed through a law change to establish Maori wards on the Bay of Plenty Regional Council, the Local Electoral Act was amended to enable other councils to create Maori wards.

However, since the introduction of Maori wards not only alters the overall makeup of a council by removing an equivalent number of general wards, it also replaces the existing voting system with a new one based on race. As a result, direct democracy safeguards to mirror those already used for changes to the voting system were included in sections 19ZA to 19ZG of the Act.

In comparison, if a council decides to change ward boundaries, split or amalgamate wards, or remove wards entirely and have councillors elected ‘at large’, the voting system would not be changed, so petition rights would not apply.

The argument being pushed by Local Government New Zealand and other advocates is that introducing Maori wards is no different from introducing other wards, so the direct democracy petition rights amount to racial discrimination. But this is clearly not the case.

The fact that LGNZ is promoting false information raises many questions. Are the President and the National Council of LGNZ so lacking in their understanding of the democratic protections provided for in sections 19ZA to 19ZG of the Local Electoral Act that they sincerely believe their own press statements? Or are they pursuing their own agendas?

This week’s NZCPR Guest Commentator freelance journalist Michael Coote believes they are pushing a separatist agenda by “advocating law changes to deprive New Zealanders of an existing legal right in order to facilitate an increase of separate race-based Maori representation in local government”. He explains:

“An American adage goes ‘If it ain’t broke, don’t fix it.’ This is not the policy of LGNZ with respect to the Local Electoral Act’s sections 19ZA to 19ZG that it wants abolished.  Incensed at the five Local Electoral Act binding polls initiated earlier this year over previous elected council decisions to establish Maori wards, LGNZ has gone on the warpath against direct local democracy in petitioning central government to destroy the right of local electors to have their say.  In its now infamous open letter to the political party leaders of the Ardern coalition government dated 22 March 2018, LGNZ petitioned for elimination of Local Electoral Act binding polls so that elected officials of its member territorial authorities and regional councils could act in splendid isolation when instituting race-based representation in their elective structures, without check or hindrance from their communities.

“This self-arrogated Maori separatist advocacy by LGNZ is an outright contempt on local electors and a plot to purge direct democracy from local government. Moreover it betrays an ambush sprung on LGNZ’s 78 local government members, who were not informed in advance of the open letter being sent to the government… In other words, LGNZ acted off its own bat out of a fit of pique over the five Local Electoral Act binding polls that it disagreed with, and off it went to wipe out direct local democracy in New Zealand in service of the cause of Maori supremacism.”

It is an appalling state of affairs when the body that speaks for the democratic organisations that represent us, is undermining democracy by not only wanting to remove the fundamental right of voters to binding polls, but by also advocating a tapestry of lies.

Fortunately the majority of the public haven’t as yet been persuaded by their misrepresentations. But that is not the case with the media, who, with few exceptions, seem to have been convinced by their propaganda that petition rights for Maori seats are discriminatory. No-one in the media appears to be challenging that assertion.

The absence of informed media commentary makes it even more important that we, the public, do all we can to expose the deceptions and defend our democratic rights in the strongest possible way.

As we all know, the transition from democracy to dictatorship is incremental. Changes can be slipped through in such a way that the public is not really aware of what’s going on until one day we wake up and realise that democracy as we knew it has been compromised and our rights taken away.

We are already a long way down that incremental path. Elite tribal supremacists want control. While they are as yet in a minority, their supporters are powerful and their indoctrination has been spread widely throughout society, including into schools. Action is needed if our democratic rights are to be successfully defended.

With the abolition of direct democracy petition rights on the agenda for the Local Government New Zealand Conference in mid-July, it’s important that as many local body councillors as possible become aware that a tapestry of lies is being used to dupe people into supporting the Maori supremacy agenda.

That means a grassroots campaign is needed, consisting of not only writing to councillors individually, but to mayors, MPs, LGNZ, newspaper editors, radio hosts, social media networks, and others in influential positions, to outline the misrepresentations that activists are using to drive this attack on our democratic rights.

In particular it needs to be pointed out that important safeguards exist within our democratic arrangements to protect our voting system, by ensuring that changes can only occur with the express approval of voters.

The direct democracy petition rights in the Local Electoral Act, that allow 5 percent of voters to call for a referendum to challenge council decisions, are an important safeguard for our voting system. These petition rights can only be triggered when councils decide to switch between FPP and STV voting, or when they decide to establish Maori wards and replace the existing voting system with a new one based on race.

The direct democracy right of local electors to support or oppose council decisions to introduce Maori wards is therefore not an issue of race, or discrimination, but one of democracy. Petition rights are there to ensure that there can be no changes to our local body voting system, without public approval. This is a crucial legal safeguard that is designed to protect the fundamental democratic rights of New Zealanders. It should be strongly defended, not undermined.

Should the direct democracy petition rights in the Local Electoral Act be retained?