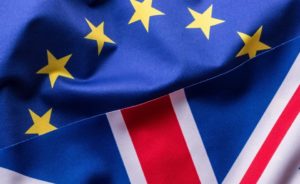 Last week Prime Minister Jacinda Ardern met with her British counterpart Teresa May at 10 Downing Street to discuss a trade deal with New Zealand once the UK leaves the European Union. While formal negotiations cannot begin until Britain has concluded its Brexit deal, preliminary talks have been on-going between trade officials since the UK triggered Article 50 of the Treaty of the European Union on the 29th of March 2017 to begin the withdrawal process.

As set out under that treaty, the UK has two years to negotiate a Withdrawal Agreement and framework for a future relationship with the EU before the exit takes place at 11pm on the 29th of March 2019, whether an agreement is in place or not.

While the UK is presently our fifth largest trading partner, with two-way trade worth almost $6 billion, given our long trading history before the UK joined the Common Market, there is significant  potential for growth. Accordingly, the Ministry of Foreign Affairs and Trade has launched a consultation process, asking New Zealanders how the relationship can be expanded, what the trade priorities should be, what areas could be subject to closer cooperation, what trade barriers should be removed, and which businesses need better access to UK markets.

They want tariffs and other barriers that restrict the free flow of goods and services between our two countries removed, and they want to make it easier for New Zealand businesses to export to the UK. Bizarrely, the guidelines for the public consultation process also specify that a key focus of a trade agreement should be “Reflecting our goals including progress on gender equality, indigenous rights, climate change, and improved environmental outcomes”!

The public consultations process ends at midnight on February 11th 2019. If you would like to share your ideas, you can do so by emailing UKFTA@mfat.govt.nz.

The UK Government has also undertaken a similar public consultation process in readiness for a close trading relationship.

With this ground work, and a commitment to enter into formal negotiations as soon as possible, officials are confident that a free trade agreement between our two countries will be finalised quickly.

In addition, to facilitate the process and provide certainty to businesses that are already trading between our two countries, a Mutual Recognition Agreement has been signed. This will enable the trading framework New Zealand currently has with the EU to roll over to the UK once the exit occurs.

This means exporters should be no worse off once the new Brexit arrangements come into force, since our products will be treated in the same way in the UK as they are in the EU.

It would be a major achievement for Prime Minister May if the UK was able to quickly join the CPTPP – the free trade agreement between the 11 nations of Australia, Brunei, Canada, Chile, Japan, Malaysia, Mexico, New Zealand, Peru, Singapore, and Vietnam, that covers 14 percent of global growth and was designed to be open to newcomers.

However, while officials are busy looking into potential UK trading opportunities, the politicians are still focussed on the exit. It was just two weeks ago that the House of Commons rejected the exit deal the Prime Minister had negotiated with the European Union by a massive majority of 432 opposed to 202 in favour. In what was the largest ever defeat for a sitting UK Government, over a third of Conservative MPs voted against their leader.

Theresa May’s deal was the result of almost two years of negotiation with the EU. It included a £39 billion penalty payment to the EU for breaking the partnership. A transition period was agreed, from 29 March 2019 to 31 December 2020, during which there would be few changes in order to allow the UK and EU to negotiate a trade deal and give businesses time to adjust to the new arrangements. Special measures were developed for UK and EU nationals living away from home. And a ‘backstop’ solution was found to the fraught issue of the Irish border.

However, it is the ‘backstop’ that has become the major stumbling block for the deal.

But avoiding a hard border would essentially push the customs border out into the Irish Sea. As a result, UK trade with Northern Island would have to be subject to EU regulations, since there would be no other barriers preventing goods entering Northern Ireland from being shipped across the EU. In effect, this would leave the UK still under the thumb of the EU, while, as a non-EU member, it would have no influence at all over regulations.

This has led critics of Theresa May’s ‘soft’ Brexit deal to claim that it is Brexit in name only – ‘Remain’ by stealth.

Having failed to gain acceptance from the House of Commons for her negotiated agreement with the EU, Theresa May has been seeking a cross-party “consensus”. The UK Labour Party is refusing to take part in any discussions.

Other options on the table include further negotiations with the EU, another referendum, a delay of the March 29 deadline, a General Election, or the so-called ‘hard’ Brexit, whereby the UK leaves the EU with no negotiated agreement, essentially becoming a ‘third country’ at 11pm on March 29.

This is in fact, one of the scenarios that the UK Government has been preparing for over the last two years. With the deadline fast approaching, on the 18th of December Cabinet agreed to accelerate ‘no deal’ plans as an operational priority. They issued hundreds of technical notices to advise businesses of the changes in processes and procedures that would be necessary at the border. They also advised of the potential for the disruption of supply chains, so that those who will be affected by the customs delays can stockpile backup supplies.

Legislation has also been passed to ensure that there will be functioning security, financial, trade, and customs regimes. Some 15,000 civil servants are now said to be working on Brexit preparations, and an additional 1,600 border security staff are being put in place.

While the EU is also preparing their members for a no deal scenario, there remains a joint commitment to ensure there will be no disruption in a number of priority areas, including air services across Europe, and the export of live animals.

Many believe the European Union brought Brexit upon itself when it moved away from its focus on free trade to become an all-powerful bureaucracy that consumed the free will of sovereign nations.

The concept of European integration had emerged after World War Two. In 1957 the European Economic Community, or Common Market, was established and Britain joined in 1973. In 1993 the Maastricht Treaty formally established the European Union. It was further refined by the Lisbon Treaty in 2009.

As a result, the EU morphed from a free trade union into a social engineering experiment that incrementally eroded the democratic rights of member states as it edged towards political integration and a common government for Europe. It has become a self-perpetuating bloated bureaucracy employing some 50,000 people, passing laws that no-one asked for, no-one wants, and no democratic government can change.

The former British Prime Minister David Cameron first announced that the public should “have their say” on membership of the European Union in 2013. At a time when many European countries were struggling to recover from the global financial crisis, the UK was demanding more democratic accountability and a stronger focus on economic growth.

But by the time the referendum asking “Should the United Kingdom remain a member of the European Union or leave the European Union?” was held in 2016, it was the EU’s free movement of people that created the most concern, as illegal migrants flooded into Europe, and crossed the Channel to Britain.

While politicians were confident that the British people would vote to remain in the EU, the public had a different view. On June 23rd 2016, they confounded the establishment by voting to leave by 51.9 percent to 48.1 percent.

The campaign had been one of the most divisive in British history. Boris Johnson, the former London Mayor, who led the “Leave” campaign, accused the European Union of pursuing similar goals to Hitler. PM David Cameron led the “Remain” campaign with over-the-top scaremongering and a cast of celebrities from around the world, all pleading with voters to stay in the Union.

The fallout from the vote was widespread. The Prime Minister announced his resignation, and the British pound had its largest fall in decades. Stock markets around the world went into decline.

After 43 years as part of the European alliance the British people said they’d had enough.

With concerns about illegal migration being such a major factor in the Brexit upheaval, it was surprising last year to see New Zealand First, which campaigned on restricting immigration, promoting the United Nations’ Global Compact for Safe, Orderly and Regular Migration – an agreement designed to require signatory countries to settle the millions of illegal migrants who are living in temporary refugee camps.

Given the controversial nature of the compact, many countries called on their Parliaments to decide whether to support the agreement, or reject it like the US, Australia, and a dozen other countries.

However, rather than debating the issue in Parliament, the Labour-New Zealand First-Green Party Government tried to keep the deal secret, refusing to disclose their intention to sign the compact until the very last moment.

Some attribute the Brexit chaos to the referendum itself and the appropriateness of the question. It’s an interesting issue, particularly as New Zealand will have a referendum on the legalisation of cannabis at next year’s General Election.

This week’s NZCPR Guest Commentator, Dr Roger Bowden, formerly a Professor of Economics and Finance at Victoria University and presently a visiting Fellow at Dortmund Technical University in Germany, has been looking into the role of referenda and the lessons that can be learnt from Brexit:

“My take away from all this is that referendums do have a place, even binding ones. But it is best to call on these when the issues are clear and easily understood by everyone in the community. Brexit or not might have seemed clear at the time, driven as it was mainly by fears of uncontrollable immigration across the Channel. But it was not of this genre.”

Professor Bowden believes most difficult decisions are best left to parliaments – “That way we’ll know who to blame it if all goes wrong.”

What is your opinion of Brexit – do you believe it will be good or bad for the UK?