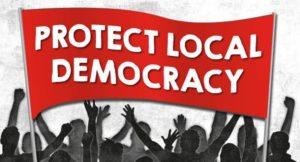 The decision by Jacinda Ardern and Labour to negotiate a deal with the Green Party will be a disappointment to those centre-right voters who voted strategically for Labour to keep the Greens out of Government.

As we wrote before the election, “Even if Labour defies the odds and for the first time in our MMP history succeeds in gaining an outright majority of votes, Jacinda Ardern has confirmed that she would bring the Green Party into government. The Labour leader is clearly looking three years ahead and would not want to shun a party that she may need in 2023. This also confirms the futility of tactically voting for Labour ‘to keep the radical Greens out of government’. The only way to ensure the Greens are kept out of government is to elect National and ACT.”

It is important to never forget, that in spite of their fine words and lofty rhetoric about putting people and the country first, politicians always make decisions according to their own best interest.

The Green Party’s co-leaders have been given Ministerial Portfolios outside of Cabinet – James Shaw Climate Change, and Marama Davidson the Prevention of Family and Sexual Violence. Their confidence and supply Cooperation Agreement with Labour can be viewed HERE.

Waatea News reports, “Local Government Minister Nanaia Mahuta is promising legislation soon to remove an anomaly that has held back widespread Māori representation. Councils which create Māori seats or wards can have the decision overturned by a binding referendum which can be forced by a petition of 5 percent of voters. Calls for change in the last Government were stymied by New Zealand First, but the way is now clear for reform. ‘It’s one of the priorities on my list… I’ve got a few areas I would like to focus on in the local government portfolio. They are all ready to go once Government is formed’ she says.”

But calling petition rights an anomaly is a gross misrepresentation designed to discredit a cornerstone of local government democracy.

The petition rights the Minister wants to repeal are an important democratic safeguard. They were introduced by Helen Clark’s Labour Government to protect voters from councils wanting to change constitutional arrangements without a mandate from their community.

As constitutional law expert Professor James Allan, formerly of Otago University now at Queensland University, explains, “there are legitimate and illegitimate ways to attempt to change constitutional arrangements. A binding referendum would be a legitimate process.  Another legitimate process would be for all parties that are inclined to support this law change to make it a clear, major component of their manifesto before the next election, so that after that election a ‘cross-party agreement’ had some legitimacy.”

Professor Allan warns, “Let’s be clear.  Deals stitched-up after elections without changes having been signalled to voters by parties before the election, on something as fundamental as changing constitutional arrangements, are totally illegitimate.”

Maori wards were introduced into the Local Electoral Act by Helen Clark in 2001. Because this involved changing the voting system to include the Maori electoral roll, the same constitutional safeguards that already existed in the law were applied. Those section 27 to 34 safeguards had been introduced to protect electors from council attempts to change the voting system between First Past the Post (FPP) and Single Transferable Vote (STV) without consulting the public.

As a result, the Maori ward petition rights in sections 19ZA to 19ZH, which mirror those in sections 27 to 34, enable electors to challenge a council’s constitutional decisions through a district-wide referendum – if they gain the support of 5 percent of voters in a petition. The results would then be binding on the council for the next two elections.

Essentially Helen Clark’s ‘direct democracy’ veto can only be applied when councils change the voting system without community consultation – namely through switching between FPP voting and STV, or introducing the Maori roll and Maori wards.

If councils decide to change ward boundaries, introduce, split or amalgamate wards, or remove wards entirely to have councillors elected ‘at large’, the voting system would not be changed, so petition rights would not apply.

As Professor Allan noted, unless councillors campaigned on introducing Maori wards when they stood for election last year, any decisions to introduce Maori wards made by councils without consulting their communities are ‘illegitimate’.

At the present time, at least six councils have recently decided to introduce Maori wards without campaigning on the issue or consulting with their communities through a referendum process.

In July, the New Plymouth District Council voted to establish a Maori ward, even though such a proposal was defeated by 83 percent of local electors in a public referendum just five years ago. Another petition to challenge the most recent decision is now underway.

In August, the Tauranga City Council voted in favour of Maori wards, and a petition for a referendum is also underway.

The Ruapehu District Council has also just voted to establish Maori wards. Whether a poll will be held remains to be seen.

In the Northland region, the Far North District Council has taken the considered approach of deciding to hold a public referendum at the next local body election, to ask voters whether they are in favour of establishing Maori wards.

However, both the Kaipara and the Whangarei District Councils voted in favour of Maori wards without consulting their communities.

This was also the case with the nine-member Northland Regional Council. It voted in favour of introducing Maori wards even though it has bent over backwards over the last few years to engage with local iwi through the establishment of a 26-member Maori advisory board.

“I have just resigned from the Northland Regional Council (NRC) on a matter of principle, over how ONE vote can change a century old system of electing our local decision makers.

“Like many local authorities around New Zealand, the NRC faced demands to change our voting system to introduce Maori wards. As a result, at our council meeting on October 20, a motion was tabled in favour of Maori wards: ‘That pursuant to section 19Z of the Local Electoral Act 2001, council resolves to establish Maori constituencies for the 2022 and 2025 local body elections’.

“I strongly believe that the community should be consulted over major constitutional changes. Accordingly, I moved an amendment to consult the community before the decision was made by the council: ‘That council instigates a poll to determine the community’s view on the establishment of Maori constituencies’… The motion for holding a referendum was defeated by 5 votes to 4.

“To alter the electoral system to introduce separate seats based on race without a poll being taken of the community is abhorrent. It should be fought on every front. The fact that our fathers went to war to protect our democratic rights and freedoms, is enough reason for me to stand up now and be counted. I hope people reading this will feel the same.”

The pressure on councils to introduce Maori wards has increased dramatically since Labour has been in government.

It explains that six workshops were held with presentations from invited guests “to help inform council decision-making and understand the full range of views in relation to Maori seats”. Five of the presenters were vehemently in favour of Maori wards – Andrew Judd the former New Plymouth Mayor, Meng Foon the Race Relations Commissioner, Maori leader Dame Nadia Glavish, the Iwi Chairs Forum, and the Te Tai Tokerau Maori and Council Working Party. Only Don Brash was opposed.

The council briefing paper exposed the biased nature of the process – while the community had not been consulted over whether they wanted Maori wards, supporters of race-based seats had been fully consulted: “While council has not specifically sought the full range of community views on this matter, workshop discussions with Te Taitokerau Māori and Council Working Party, Iwi Chief Executives and Iwi Chairs, and leaders from councils who have already established Māori seats all support the establishment of Māori constituencies as the preferred way forward.”

At the present time just three of New Zealand’s 78 local authorities have Maori wards: the Wairoa District Council, and the Waikato and Bay of Plenty Regional Councils.

Interestingly, the Mayor of the Wairoa District Council, which introduced Maori wards in 2016 as a result of a petition that was supported by 54 percent of voters, is now questioning the change. Mayor Craig Little believes they did not receive enough information about the implications, which has effectively halved the number of candidates that voters can vote for from six to three. As a result, interest has declined, and voter turnout has dropped from 63 percent in 2016 to 51 percent in 2019.

The reality is that most New Zealanders do not want to be defined by race – including most of those of Maori descent. The only people who want to divide the country by race are a small but vocal minority of activists pushing for Maori sovereignty.

Their strategy is to advance their influence incrementally. Using the argument that greater involvement in local government will uphold a council’s Treaty ‘partnership’ obligation and allow a Maori perspective to influence decision-making, they pressure councillors to establish Maori advisory groups. Once in place, they push for appointed representatives with voting rights. The next step is the introduction of Maori wards, with the goal of increasing their numbers over time to a 50:50 “partnership”.

Anyone who thinks these separatists will stop once they have control of local councils is naïve – their goal is control of the country.

To date the only opportunity for the public to prevent this advance has been through the right to call for a public referendum to challenge the introduction of race-based wards.

But Minister Mahuta is now planning to remove that right.

However, as Professor Allan indicated, since Labour did not campaign on abolishing local government petition rights, and since they are part of a constitutional arrangement, surely the only legitimate way of removing them is through a binding public referendum process.

It is difficult to understand how a government could be so arrogant and self-interested as to be blind to the ominous implications that removing petition rights would have for our democracy.

But perhaps we should not be surprised – perhaps this is something to be expected from an extremist socialist government with absolute power.

“There are those of us in Maoridom who subscribe to a view that we attain and achieve on merit. We either succeed or not on our own abilities. Carterton is a conservative rural district… and yet Carterton elected Georgina Beyer as Mayor, who was not only Maori but a transsexual as well… When I stood, I did not run on a banner that ‘I am Ngāti Kahungunu therefore, I have the mana of the whenua and a right to a reserved seat and to be the Mayor.’ I stood on the name of Ron Mark, and people judged me on my merits and elected me.”

*Do you agree with Labour that that local government petition rights should be repealed?