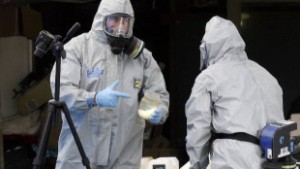 H.L. Mencken, who was regarded as one of the most influential American writers of the early 20th century, once said, “The whole aim of practical politics is to keep the populace alarmed (and hence clamorous to be led to safety) by menacing it with an endless series of hobgoblins, all of them imaginary.”

The use of alarmism to justify the introduction of damaging new laws and regulations is a political strategy that sadly, is much more commonly used in New Zealand today than most people realise.

The methamphetamine decontamination scandal is a classic case, where over-the-top scare tactics have been used to justify heavy-handed and overly restrictive regulation.

That’s why the report looking into methamphetamine contamination in houses, by the Prime Minister’s former Chief Science Adviser Sir Peter Gluckman, is so important. His finding, that there’s absolutely no evidence in the medical literature anywhere in the world, of anybody being harmed by passive exposure to methamphetamine at any level, was a welcome reminder that laws should be based on fact not fallacy.

His recommendations bring to an end the ridiculous situation where decontamination standards set for houses that had been used for manufacturing methamphetamine – using toxic compounds and flammable solvents – were being applied to houses where someone had simply smoked the drug.

Manufacturing using such hazardous substances would normally be undertaken in specially designed laboratories in industrial areas, not a family home. It’s therefore completely understandable that decontamination guidelines were necessary to ensure that, once cleaned up, such properties could again be considered safe for family life.

But someone with oversight responsibility within government, should surely have raised the alarm when the strict criteria designed to clean up houses used to manufacture methamphetamine, were being applied to homes where people had simply used the drug. In the end, the results became ridiculously excessive. The discovery of passive residue from smoking meth, led to stoves being ripped out, carpets pulled up, and entire homes being stripped and re-lined. Meanwhile the tenants, who had been using the drug, were getting high, not sick.

The costs were substantial. While initial meth testing would cost hundreds of dollars, follow up testing could typically cost over a thousand dollars, and the clean-up, tens of thousands of dollars.

Housing New Zealand claims to have spent over $100 million on testing and cleaning, removing 900 properties from its portfolio for refurbishment, and hounding hundreds of tenants to pay for ‘contaminating’ their houses.

Private landlords and home owners were also caught up in what had become a ‘moral panic’, collectively spending many millions of dollars on largely unnecessary tests and cleaning, not to mention selling houses at a loss, or even, in extreme cases, demolishing them.

So how did it get to this stage?

Essentially the methamphetamine scare saga began in the late 2000s as news stories emerged about an increasing number of clandestine meth labs being discovered in private homes.

Councils were concerned about the toxicity of the chemicals that were being used in the production of the drug, and were considering including the details on a property’s Land Information Memorandum.

In response to these growing concerns and calls for guidance, in 2010, the Minister of Health released guidelines that had been developed by the Ministry for cleaning up former meth labs. Based on Australian risk assessment reports, they set a standard of 0.5 micrograms of meth per 100 square centimetres of surface area after cleaning.

Standards NZ was eventually tasked with reviewing the situation and, after appointing a 21-strong panel of ‘experts’, they published their ‘consensus decision’ NZS 8510:2017 in June last year. This standard adopted a level of 1.5 micrograms of meth per 100 cm2 of surface area after cleaning, but required the ‘high use areas’ of the affected properties to be decontaminated, regardless of whether those properties were involved in the production or use of methamphetamine. They defined high use areas as those that can be easily accessed and are regularly used by adults and children, whereas for limited-use areas, the standard was 3.8 micrograms of meth per 100 cm2 of surface area.

In other words, their new standard, which was supposedly based on the best possible advice, was less stringent for homes where hazardous chemicals had been used in manufacturing the drug than Ministry of Health recommendations, but still ridiculously restrictive for homes where meth had only been used.

Following the release of the Gluckman report, the Minister of Commerce and Consumer Affairs, Kris Faafo, who is responsible for Standards NZ, announced that their decision and the standard will now be independently reviewed.

Many other rental housing providers are expected to follow suit, even though changing the official standards and related laws is likely to take until next year.

Housing New Zealand has now apologised to tenants for the meth testing debacle and hasn’t ruled out paying compensation.

But Prime Minister Jacinda Ardern has stated that there will be no compensation for private landlords, who also wasted hundreds of millions of dollars on unnecessary testing and remediation work. She says no compensation will be considered because there was no obligation for private landlords to get the testing done: “There was never any mandatory requirement for anyone to undertake any of that activity.”

But her statement is incorrect.

Under the Residential Tenancies Act, private landlords must provide a ‘safe’ home for tenants, and as a result, they were required to carry out meth testing and remedial work not only by the Tenancy Tribunal, but also by Councils. In addition there was growing pressure for testing from property managers, real estate agents, banks and the Insurance Council.

So where to from here?

This week’s NZCPR Guest Commentator is property investor Mike Butler, who, in attempting to quantify the harm being caused by methamphetamine, first raised the alarm about the meth testing scam four years ago. But his warnings fell on deaf ears. He is very critical of the lack of evidence being used as a basis for policy making:

“The multi-millions spent by private property owners forced into clean-ups has not been quantified. Insurance premiums have risen to include decontamination cover. Meth safety warranties are required in the sale of rental properties. The meth tag on property titles reduces the value of properties.

“Housing New Zealand will now use a new standard of 15 micrograms of meth detected per 100 square centimetres after cleaning, expecting to save $30m a year in remediation and testing. That’s 10 times the current limit of 1.5 micrograms.

“The fact that continuation of cleaning is implied in the revised measure shows that Housing New Zealand still doesn’t get it because there is still no actual evidence of harm from residual methamphetamine.”

To reiterate – in his report, Sir Peter states, “There is currently no evidence (in either humans or animals) that the levels typically resulting from third-hand exposure to methamphetamine smoking residues on household surfaces can elicit an adverse health effect.”

While he believes that remediation according to the NZS 8510:2017 standard is appropriate for properties where methamphetamine has been manufactured, he reiterates that as far as other properties are concerned, “testing is not warranted in most cases”.

What this means is that meth testing should only be undertaken in properties where there is a strong suspicion that meth has been manufactured. Meth testing does not need to be carried out in any other situation.

When official standards replace the Gluckman recommendations, hopefully, common sense will prevail and the strict meth testing limits will only apply for clandestine laboratories, with no limit for properties where meth has been smoked.

In his report, Sir Peter makes an important point which is applicable to New Zealand’s wider regulatory framework. He says, “Although promoted as being protective of human health, the actions taken in pursuit of zero risk (which is not achievable in any case) have been disproportionate to the actual health risks. There have been huge costs… often based on little or no actual risk. It is important that guidelines for mitigation measures are proportionate to the risk posed, and that remediation strategies should be informed by a risk-based approach.”

With this in mind, we would like to suggest that comprehensive reviews should be undertaken in some of the other policy areas where excessive regulation in the pursuit of ‘zero risk’ is having an extremely damaging affect.

One such area that also affects housing, relates to the overly-zealous air quality regulations that have been imposed in New Zealand. Based on modelling from the United Nations World Health Organisation, rather than local health and hospitalisation data, these standards have led to open fires and wood burners being banned from homes in many parts of the country.

The Parliamentary Commissioner for the Environment questioned the standards three years ago, saying: “It would be counterproductive if attempts to reduce emissions from fires and wood burners resulted in more cold damp homes”.

Yet that’s what’s happening – and the problem is getting worse.

Even though winter has only just begun, stories are already emerging about how families can no longer afford to heat their homes because of the high cost of electricity. And while a great deal of effort has gone into ensuring homes are well insulated, the reality is that if such homes are not heated, they are likely to be colder on the inside than they are on the outside.

New Zealanders like choice, so if the opportunity existed, many families would prefer to use a mix of heating methods – fireplaces or wood burners, as well as heat pumps and heaters.

So, while those driving the ban on fireplaces and wood burners are no doubt obsessed with their UN models and the prospect of zero emissions, they should not lose sight of the fact that ‘zero risk’ is not achievable, and that actions taken in pursuit of their ideological goals may be doing more harm than good.

In fact, if Jacinda Ardern is serious about wanting to improve the health of New Zealand children by ensuring they stay warm and dry in winter, she should ask her new Chief Science Advisor Professor Juliet Gerrard to undertake an urgent review of air quality regulations in order to remove the ban on fires and wood burners and bring back some common sense!

Do you believe there should be a greater requirement for law makers to produce evidence-based research before passing new laws and regulations?