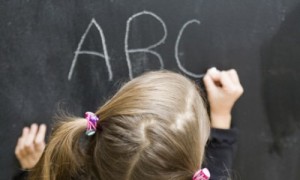 Oxford definition of propaganda: information, especially of a biased or misleading nature, used to promote a political cause or point of view.

The Prime Minister and her government coalition partners have opened the classroom door to vested interest groups to spread their propaganda.

One such group that has found strong support within Labour is the Maori sovereignty movement. It is engaged in an ambitious strategy to gain governance control of the country. This agenda is being pursued against a backdrop where both of the main political parties regard the support of the tribal elite as crucial to their own political ambitions.

Having decimated the Maori Party at the 2017 election, the Prime Minister will be highly motivated to retain all seven Maori seats within Labour. She will want to avoid the risk that a kuia-led resurgent Maori Party may regain one or more of the Maori seats, along with list MPs, since they are more likely to back National than Labour.

Likewise, National would welcome an erosion of Labour’s base and the emergence of a potential coalition partner.

It’s this political self-interest that muted the response to the calls by sovereignty activists to make their version of New Zealand ‘history’ compulsory in schools. As a result, we will have the bizarre situation where, in our self-managing education system – with a curriculum designed to give schools the freedom to choose which subjects they teach to their students – New Zealand History will be the only compulsory subject.

This is alarming on a number of fronts. Realists know that activists will control the curriculum content. They will rewrite history to portray Maori as peace loving folk with an established system of government prior to the colonial invasion and era of oppression. They will promote the fallacy that all of the misfortunes of Maori are due solely to the suppression of their culture.

Already a Ministry of Education resource on Maori history that’s available for 5 to 12 year olds includes a section on “a return to Maori self-determination”. The unit warns, “It is difficult for younger students to understand what it is to have been denied rights or to have them forcibly removed. Discuss how they would feel if they had something important such as break time at school unexpectedly taken away from them for good…”

State sanctioned Maori activism also features strongly in the Education and Training Bill that was tabled in Parliament just before the Christmas break.

Under the Bill, the Minister of Education will be able to issue directives – without the scrutiny of Parliament – to ensure education providers are “instilling in each child an appreciation of the importance of the Treaty of Waitangi and te reo Maori”. In addition, “after consulting with Maori”, the Minister can instruct education agencies how to comply with Treaty of Waitangi objectives. The Ministry will clearly be at the dictate of Maori.

It remains unbelievable in this day and age that a New Zealand Government would introduce laws that create a racial divide, when so much of modern history has been about the removal of privilege and the pursuit of equality. That our politicians choose to define people by the origin of their ancestors only becomes comprehensible when one considers it in the context of them advancing their own political self-interest.

When will we have a government that will support the basic human right of New Zealanders to be equal and free from State discrimination? When will our politicians stop kissing the feet of Maori? When will a New Zealand Government be prepared to remove race-based legislation from the Statute books in the same way that many other countries including Sweden, France, Belgium, Austria, and many US States have done?

Anyone concerned that Labour is allowing Maori activists to gain influence over education, should send in a submission on the Bill by February 14 – details can be seen HERE.

Radical Maori are not the only group embedding their propaganda within state education. So too are the Greens.

On the 12th of January the Education Minister Chris Hipkins and the Minister of Climate Change, the Green Party co-leader James Shaw, announced a new climate change resource has been produced for 11 to 14-year-old children.

This week’s NZCPR Guest Commentator, former Energy Minister Barry Brill and Chairman of the New Zealand Climate Science Coalition has examined the programme and believes that climate activism is its central objective:

“It promotes the campaigns of Greta Thunberg, School Strike for Climate, and even Greenpeace. It urges children to ‘get talking’, ‘get others involved’, ‘be powerful as a change agent’ and ‘make good choices about climate action’.

“Children are to measure their own carbon footprints as well as those of their parents’ homes and their schools. They should write to their MP and email the Prime Minister/Climate Minister demanding further action to reduce carbon footprints.

Barry explains that the material presents spurious predictions for the future as if they were known facts, and says, “I personally began a list of these factoids for the purpose of comparing them with the official  projections set out in the Fifth Assessment Report of the Inter-Governmental Panel on Climate Change. It was all a futile exercise. Almost every future ‘scientific fact’ in this material is either flat-out wrong or highly tendentious.”

He says, “The entire document is couched in the language of climate campaigners rather than that of scientists. It is a trashy and hopelessly unbalanced catechism of all the fashionable pseudoscience. It is pure propaganda, in the very best Goebbels tradition.”

It is said that after Germany surrendered in May 1945, the Allies required young Germans to undergo ‘de-Nazification’ to counter the effects of twelve years of the “big lie” Nazi propaganda they had received at school.

The reality is that the conscious indoctrination of a future generation is being wholeheartedly embraced by activist groups in New Zealand. Whether the big lie is the claim that the Treaty of Waitangi created a partnership between Maori and the Crown – or that free market capitalism is creating climate change – these fanatics are targeting our children with their political propaganda.

In an interview with Minister Shaw about the new climate resource for schools, Magic Radio’s Sean Plunket asked if both sides of the debate – whether mankind or nature is responsible for climate change – would be covered.

In response the Minister made an unbelievable claim: “I have not found a scientist yet who does not think that climate change isn’t happening due to human activity.”

He further claimed that “In the New Zealand scientific community there is no debate”.

If the Minister is to be taken at his word, he clearly lives in a very isolated bubble. It seems implausible that he could have avoided hearing the concerns of scientists in New Zealand – and thousands of others overseas – who believe that climate change is a natural process and is not being caused by humans.

James Shaw was asked: “Are we teaching kids how science works? Or what the IPCC is predicting – and what the scenarios of their computerised models might mean?”

The Minister confirmed that the IPCC predictions are core to the new programme.

The IPCC is, of course, the Inter-Governmental Panel on Climate Change – a United Nations body of political representatives that is promoting the theory that mankind is causing climate change.

Sean Plunket then asked the Minister whether teachers will explain to Kiwi kids that New Zealand is responsible for only 0.17 percent of man-made greenhouse gas emissions?

The Minister didn’t answer the question.

We also doubt whether children will learn that only around 4 percent of the world’s greenhouse gases are produced by mankind and that nature creates the rest.

Sean Plunket asked about sea level rise and how sea levels have not materially changed in spite of dire predictions. But the Minister sidestepped the issue by talking instead about IPCC modelling.

As Barry Brill has explained, the education resource has been designed to instruct school children on how to become climate activists – and by including an invitation for them to write to the Prime Minister and Climate Minister to demand further action, New Zealanders can expect an on-going diatribe from those politicians about how Kiwi children are insisting the Government do more to combat climate change.

This is not the first time the green movement has attempted to brainwash New Zealand children with global warming scaremongering. Back in 2007 schools throughout the country began using former US Vice President Al Gore’s highly controversial film ‘An Inconvenient Truth’ to promote the Labour Government’s climate change agenda.

At the time, Britain’s Labour Government had sent copies of the film to schools as part of a Climate Change Resource Pack aimed at children aged 11 to 14 years.

But a school governor from Kent took a legal challenge against the Government for subjecting his 11 and 14 year old sons to political propaganda in the classroom: “I wish my children to have the best education possible, free from bias and political spin, and Mr Gore’s film falls far short of the standard required”.

During the hearing the Court was informed that Al Gore’s film contained serious scientific inaccuracies, that it was ‘politically partisan’, and was being used by the Government to ‘brainwash’ children about global warming.

As part of the evidence, it was pointed out that Al Gore had admitted it was appropriate to exaggerate the facts on global warming in order to get the message across.

The Judge ruled that schools were required to warn children before showing the film that it contained “partisan political views”, as well as pointing out the eleven serious inaccuracies. These included a claim that sea levels could rise by 7m causing the displacement of millions of people, when the evidence shows sea levels are expected to rise by only 40cm or so over the next hundred years and that there is no threat of mass migration.

In fact, Al Gore’s claim in the movie that rising sea levels had already caused the evacuation of some Pacific islands to New Zealand, remains as untrue now – 14 years later – as it was back then.

The court case highlighted the fact that in Britain school children are protected from political propaganda through an amendment to their Education Act which requires political issues to be presented in a balanced manner.

Section 406 forbids … the promotion of partisan political views in the teaching of any subject in the school. And if political issues are brought to the attention of pupils, Section 407 requires… they are offered a balanced presentation of opposing views.

Since New Zealand’s Education Act has no such safeguards to protect children from political propaganda, in 2008 the NZCPR petitioned Parliament to have similar clauses introduced.

The Ministry of Education responded to our petition, saying sufficient safeguards already existed through the professionalism and common sense of school boards, principals and teachers – as well as a Code of Ethics for Registered Teachers that requires them to present material in a balanced manner.

The Education Bill that is now before Parliament – and the infiltration of propaganda into the school curriculum by activist groups – shows the fallacy of that response. It is imperative that our education system be free from political bias. Surely, its time Kiwi children had the same safeguard in law as their British counterparts.

*Should New Zealand children be protected from political indoctrination by introducing provisions into the Education Act to forbid the teaching of partisan political views?