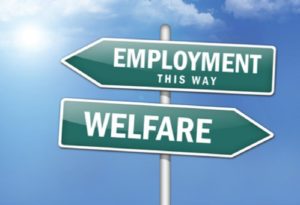 There’s been a lot of debate over recent weeks about the fact that the number of people receiving welfare is rising at a time when there’s a chronic shortage of workers in many industries. It raises questions about whether a serious mis-match now exists between the Government’s welfare policy and the expectations of society.

While New Zealanders generally support the concept of a safety net for those in genuine need, most believe that for the able bodied, assistance should be temporary. In other words, anyone who can work, should work.

Renowned US economist Thomas Sowell warns that socialist governments all too often use welfare to incentivise failure: “What the welfare system and other kinds of governmental programs are doing is paying people to fail. In so far as they fail, they receive the money; in so far as they succeed, even to a moderate extent, the money is taken away.”

He believes welfare is a core part of the left’s narrative. It’s used to promote envy and a sense of grievance that leads to demands for higher taxes so benefits can be raised. But increasing welfare payments creates a poverty trap that locks beneficiaries into a dangerous dependency culture.

The point is that benefit increases can never alleviate poverty nor the difficult circumstances that many on welfare find themselves in. The left’s agenda nevertheless gives politicians power and control over the lives of beneficiaries. While the consequences for those entrenched in long term benefit dependency can be dire – especially for children – politicians are able to loftily claim they are ‘helping the poor’.

As George Orwell so aptly put it, “A government that robs Peter to pay Paul can always depend on the support of Paul.”

The truth is that more generous welfare is socially counterproductive. The perverse incentives that operate discourage many of those receiving welfare assistance from even trying to find employment and independence from the State.

Under Jacinda Ardern’s Government, the problem is getting worse, as benefit incomes have risen substantially. This means that for many beneficiaries, entering the workforce will result in a significant loss of income.

This week’s NZCPR Guest Commentator, welfare analyst Lindsay Mitchell, has quantified the support that someone on welfare can receive, in her article countering the recommendations of the Child Poverty Action Group for greater wealth redistribution:

Lindsay then explains that it is impossible to consider basic rates without taking into account supplementary supports. These include accommodation subsidies, which provide up to $305 a week for a family with two or more children in a high rent area.

There are also tax credits for the children of beneficiaries of over $150 a week, according to the age of the child.

All of this means that a sole parent with two children, living in a high cost housing area, could be receiving over $900 a week on welfare.

Compared to the minimum wage, which pays $708 gross a week, it is little wonder that many people on welfare do not want to leave a system that rewards them so well.

The Ministry of Social Development’s Annual Report, which was released last week, shows that the number of working age people receiving a benefit as at 30 June 2019 was 292,000 – an increase of 5.2 percent over last year.

At a time when the country desperately needs workers the number of people receiving Job Seeker Support has risen to 136,233, almost 14,000 more than last year, and 22,000 more than when National was in office.

Sole parent support has risen too, by over 700 to 59,000. That reverses, for the first time, the steady downwards trend since National’s welfare reforms were introduced in 2012.

With fewer sanctions being issued for non-compliance with benefit rules and a dramatic increase in the number of grants and special needs assistance being issued, the emerging picture is one of a government that’s gone soft on welfare

The Annual Report confirms this.

A great deal of MSD’s time and effort is now focussed on making the agency more user friendly: “The front-of-house area of a service centre is often where clients form their first impressions of MSD. The full front-of-house package includes soft seating and rearrangement of waiting areas, community art, introduction of colour, planters, children’s areas, signage and water coolers.”

They outline new priorities to improve clients’ experience and access to support: “The Government is committed to overhauling the welfare system in order to make it fairer and more inclusive, and to ensure that everyone is treated with dignity. This is also a priority for us at MSD…

“In November and December 2018 we contacted more than 2,900 people who were not receiving, but seemed likely to be eligible for, Temporary Additional Support (TAS). The campaign increased uptake of TAS by around 10 percent. From July 2019 we will be getting in touch with around 3,000 people each month to encourage them to see whether they qualify…

“We have improved how we communicate… A welcome message appears in 11 languages on digital signage screens in all service centres… Our Better Letters project won two awards at the 2018 Plain English Awards: Best Plain English Sentence Transformation, and the overall award – Best Plain English Champion.”

The fact that MSD includes such information in their Annual Report shows how important it is for them to be seen to be responding to the Minister’s demands for improved client experiences. But this “experience” comes at a cost.

MSD explains, “The increase in demand for financial assistance this year has impacted on the time our case managers can spend with clients on proactive employment-focused case management: only 20 percent of engagements with clients in June 2019 had an employment focus, the lowest proportion since 2014.”

This explains why benefit numbers are rising. The agency in charge of helping beneficiaries move from welfare to work is so busy carrying out the administrative demands of the Government that they have little time left for their core task of ensuring that able-bodied beneficiaries transition into work.

This is an indictment of Labour’s welfare system. The fact that there is no pro-active work expectation for almost 80 percent of welfare recipients means that instead of incentivising able-bodied beneficiaries to get jobs, taxpayers are paying them to do nothing.

Not only that, but since long term benefit dependency has been identified as one of the most serious risk factors for children, MSD’s inaction is endangering children.

As Lindsay Mitchell explains, “MSD research from 2017 showed that children who had spent 80 percent or more of their first two years on a benefit were 38 times more likely than a child with no benefit history to have a finding of abuse.”

When it comes to finding jobs, beneficiaries who are reasonably motivated will need little assistance from the MSD. But that’s not the case for those who have been on a benefit in the long term, particularly those involved in criminal gangs.

Research published by MSD in 2016, found that between 1993 and 2014 over 90 percent of all known gang members had been on a benefit. The average length of time they spent on a main benefit – mostly the dole – was 9 years, but almost 20 percent had received a benefit for over 15 years.

It was estimated that the total cost to taxpayers of supporting criminal gangs on welfare over that period was more than $500 million – over $130,000 per gang member.

Gangs, it now appears, are in effect state sponsored organisations. We are paying gang members to commit crimes.

While that is bad enough, the damage to children is tragic. Of the 6,000 children, who lived in gang families on welfare, 60 percent had been abused or neglected. By the age of 10, nearly a quarter of these children had already had youth justice involvement – the cycle of dysfunction was set to continue into the next generation.

While gang members will no doubt be difficult clients for MSD, that doesn’t mean they should be free to treat welfare as another income stream to supplement their revenue from crime.

Nor should MSD wash their hands of the plight of their children.

Difficulties in transitioning those on welfare into work are not unique to New Zealand. Some jurisdictions have implemented interventions that have been proven to be successful for even the most intransigent beneficiaries.

Intensive case management, with consequences for those who choose to “game” the system, can be highly effective. Assistance to help the beneficiary overcome their barriers to work might include childcare, budgeting advice, addiction services, mental health support, CV preparation, transportation, and so on.

The key is to require them to ‘turn up’ each working day to a job centre in order to undertake a full-time tailored programme of work preparation, training, and job search. Designed to instil the disciplines and habits of the 40-hour working week, if they are late or don’t turn up, their benefit is docked.

The reality is that if someone is required to turn up for a structured eight hours working day as a condition of receiving their benefit, it won’t take them long to realise that they may as well be in work – doing something that’s more rewarding.

Another effective intervention is income management. It not only ensures that benefit money is used to pay the bills and buy nutritious food – rather than being spent on such things as alcohol and drugs – but it has also been attributed as one of the key reasons for a sharp decline in the number of teenage parents.

In those cases, specialist youth providers set up automatic payments for teenage beneficiaries for rent, power and so on, with grocery money going onto a payment card that couldn’t be used for cigarettes, alcohol, or gambling. That left $50 or so a week for discretionary spending.

However, it appears that for many, having control of their income was far more important than staying on a benefit.

A similar concept underpins the Cashless Debit Card that’s being trialled in Australia. Like a regular bank card, it can be used to pay rent, the mortgage, and other bills, to buy groceries and clothes, but it can’t be used for gambling, alcohol or drugs. Beneficiaries have 80 percent of their welfare payment credited to the debit card, with 20 percent going into their usual bank account for discretionary spending.

An evaluation of the use of the card found that children were better looked after, and social harm was reduced, with less drinking, drug use and gambling. This led to a reduction in violence and crime.

Another key intervention used in the US is time limits on welfare – a two year limit on continuously receiving a benefit, and a five year lifetime limit. A safety net of housing subsidies and food stamps ensures that even if welfare stops, people will not become homeless, nor starve.

There are many interventions that successfully help beneficiaries transition into work. But if Jacinda Ardern is serious about improving the lives of children, she would ask MSD to prioritise the reduction of long term benefit dependency for families with children – including gang families – ensuring they are work tested and assisted into jobs.

They give the impression that they are doing well with regards to gender equality amongst staff.

But the figures tell a different story: 70.4 percent of their workforce is female, 29.5 percent is male, with 0.1 percent undeclared.

Or am I missing something!

*Do you believe Jacinda Ardern’s Government is soft on welfare?