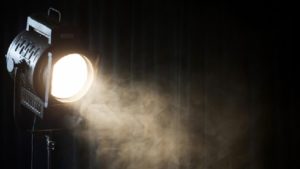 This week’s latest Colmar Brunton poll has Labour on 47 percent, National on 33 percent, New Zealand First on 1 percent, the Greens on 7 percent, and ACT on 8 percent.

If this translates into election votes, New Zealand will have a Labour Green Government for the next three years.

Labour’s high poll rating can be largely attributed to the Covid-19 crisis.

The final Colmar Brunton poll to be published before the emergence of the virus was in November of last year. It showed National on 46 percent, Labour on 39 percent, New Zealand First on 4 percent, the Greens on 7 percent, and ACT on 2 percent. On that polling, with New Zealand First failing to make it back into Parliament, National, with the support of ACT could have formed a government.

Labour’s over-regulation of farmers, firearm owners, rental property investors, and the wider business community had contributed to their poor showing in the polls. Their failure to deliver on their election promises was also a significant factor – but more on that later.

Without a doubt the way the Prime Minister fronted the pandemic response looks likely to have saved Labour. In the May Colmar Brunton poll, taken just after the lockdown ended, they had surged 20 points to a stratospheric 59 percent, National had slumped 17 points to 29 percent, New Zealand First was on 3 percent, the Greens just under 5 percent, and ACT was steady on 2 percent.

It is a well-known phenomenon that when confronted with a national crisis, voters tend to “rally around the flag” in support of the incumbent government. Their leaders benefit from undivided and usually beneficial media attention.

But our Prime Minister exaggerated the scale of the threat we faced using claims that “tens of thousands of New Zealanders will die” if we didn’t follow her prescribed pathway.

Anyone questioning her lockdown strategy or challenging the lies that were being told to cover up such things as the chronic shortage of facemasks for front line health workers, or even the availability of the flu vaccine, were regarded as traitors to the ‘team of 5 million’ and vilified.

As a result, the Government’s response to the pandemic was never subjected to the critical scrutiny it deserved given the widespread economic and social disruption it created – including the loss of life.

This week’s NZCPR Guest Commentator, Dr John Gibson, a Professor of Economics at Waikato University, has bucked the trend by putting the Government’s management of the pandemic under the spotlight – including through research into the effectiveness of lockdowns in New Zealand and other OECD nations.

He firstly points out that the deadly impact of Covid-19 was plain for all to see well before it reached our shores in late February. While other countries were proactively introducing border controls, establishing testing and tracking protocols, and setting up isolation facilities, in those early days our Government did little.

According to Professor Gibson, they “botched” the preparation for the arrival of the virus:

“I say ‘botched’ advisedly and would ask readers to consider the following four facts:

“Similar comparisons could be made with respect to Hong Kong or South Korea, who also provided lessons on management of this new risk. The complacency by politicians and bureaucrats in New Zealand, who had the advantage of an extra month for preparation and much greater distance from China, is staggering. Obviously that chance to respond to the risk in a low-cost manner was missed and so a very costly lockdown has resulted.”

The Prime Minister didn’t close our borders until March 19. She issued her doomsday predictions of widespread deaths four days later on March 23.

Professor Gibson explains that the exaggerated Covid fatality predictions used by the Prime Minister came from an “off-the-shelf European model” that had “no empirical data from New Zealand on key parameters”. Questioning the use of a model designed for high density, public transport-reliant Northern Hemisphere populations that are older and have poorer respiratory health, on New Zealand’s low-density, younger population, he concludes, “Prime Ministerial claims that ‘tens of thousands will die’ are vague at best and alarmist at worst.”

The Prime Minister used her alarmist claims to justify a lockdown that Professor Gibson describes as “the most stringent in the world”.

At the time the lockdown was imposed, it was difficult to understand why butchers and greengrocers were not allowed to open in the same way as supermarkets. Why greenkeepers, wildlife officers, and others who operate in isolation, were not permitted to work. Or why builders, manufacturers, and others working in jobs where social distancing was possible were not able to carry on. And we questioned why hospitals did not re-open for elective surgery once it was clear the anticipated deluge of Covid-19 cases was not going to arrive.

In analysing the effectiveness of policies to manage the spread of the virus within OECD countries – ranging from the harsh lockdown imposed in New Zealand to relatively minor restrictions in Sweden – Professor Gibson and other economists have found, from using seroprevalence studies of population samples, that Covid-19 deaths data provides a more accurate measure of infection rates than official case number tallies.

This is because with limited community testing – and virtually no testing at all of asymptomatic cases even though they are thought to comprise the majority of Covid-19 infections – the official case tallies significantly undercount the virus infection rate.

Newsroom’s political reporter Marc Daalder highlighted this accuracy problem in a report in which he compared the officially announced case tally to the case data collected by the Ministry of Health: “On March 25, the day New Zealand moved into Level 4 lockdown, the official Covid-19 case tally was 189 confirmed cases and 16 probable cases. There were actually 552 cases that would be confirmed and 60 cases that would be considered probable in New Zealand that day.”

As could be expected, in their analyses of government responses to the pandemic, economists have found that restrictions imposed before Covid infections had peaked were effective in reducing the spread of the virus, while those imposed after the peak, had no statistically significant impact on death rates.

Professor Gibson’s analysis of government responses in all 34 OECD countries found, “New Zealand is amongst 17 countries whose peak policy stringency occurred after the likely turning point in infections. For New Zealand, new infections peaked on March 16, over a week before the strictest restrictions began on 26 March.”

This result is a bombshell.

Essentially it means the huge sacrifices New Zealanders made during the lockdown had little impact on the virus because it was imposed after our infections had peaked. In other words, Labour’s response was too late!

As Professor Gibson explains, “A popular narrative that New Zealand’s policy response to Coronavirus was ‘go hard, go early’ is misleading. While restrictions were the most stringent in the world during the Level 4 lockdown in March and April, these were imposed after the likely peak in new infections. So based on comparing policy timing with likely progress of the virus, the ‘go early’ claim seems untrue.”

To make matters worse, Professor Gibson further explains that the economic decline caused by Labour’s lockdown, will result in a reduction of the life expectancy of New Zealanders. His research finds that for every 10 percent fall in a country’s GDP, life expectancy across the whole population is reduced by 1.4 years.

In other words, economic damage has a material social cost. More people will now die as a result of a lack of affordable health care.

With the latest economic data from Stats NZ showing a 12.2 percent fall in GDP over the lockdown period – the largest quarterly fall since records began – the full extent of the economic and social cost Labour has caused is only just starting to be revealed.

Professor Gibson concludes his analyses by reinforcing this point: “New Zealand went hard but not early in responding to Covid-19… Any review of New Zealand’s decision-making about Covid-19 should especially focus on what was (not) being done in February and early March. The repetition of the ‘go hard, go early’ phrase should not distract from this task.”

Rather than admitting they had responded too late in closing down our border or introducing lockdown restrictions, Labour ploughed $16 million into the taxpayer-funded public relations campaign that gave rise to the “go early” slogan despite it being false.

This is not the first time Labour has created false narratives in the minds of voters by repeating a lie. Former Labour Party Cabinet Minister Richard Prebble tells one such story:

“It was in 1981. We did a party poll and found the electorate thought that Labour had no practical positive solutions. The Labour party’s policy machinery takes months and the election was only six months away. So what to do.”

Richard explains that every MP was instructed to include in every speech and radio and television appearance the statement “Labour has practical positive solutions”.

“There were prizes for MPs who managed to get the line on to the TV news. Heaven help an MP who gave a speech in parliament, no matter what the topic who did not include the line.

“We polled three months later and asked ‘What is a good thing about Labour’.  Even a majority of National voters said that Labour had some practical, positive solutions.”

As Richard notes, “Jacinda as a graduate in PR no doubt knows the value of repeating a slogan like the false statement that we went early.  We went nearly too late and way too hard.”

It’s not just the Covid response, of course, that will determine voters’ election choices. The Government’s track record of delivery of their 2017 election promises will no doubt play a part.

It does not make for happy reading.

After three years of pursuing their flagship KiwiBuild pledge to build tens of thousands of homes, Labour completed just 548! That is failure on a monumental scale.

Their plan to build light rail in Auckland was abandoned – but the increases in petrol tax that were introduced to fund it have remained in place.

Not only did the Prime Minister fail in her promise to reduce child poverty, with the number of children living in material hardship increasing from 12.7 percent in 2017 to 13.4 percent in 2019, but under her watch, between December 2017 and 2019, a record 12,000 more children have been born into benefit dependent households, significantly increasing their risk of poor life outcomes.

In spite of widespread policy failures, Labour is claiming that their track record of managing the Covid-19 health response should entitle them to win the election and lead the country’s economic recovery.

But as we now know, the truth is very different from the spin. Labour’s track record in government is littered with incompetence. But whether enough voters will be awakened to that reality – before they cast their vote – remains to be seen.

*Do you agree or disagree with Labour’s claim that they ‘went early’ with their Covid-19 response?