The Best Interests of the Child 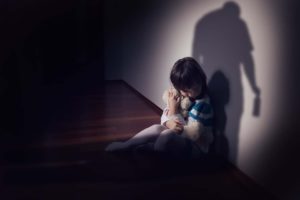 On the night of 21 March 1991, emergency services received a phone call from a mother to say she had just returned home after “a couple of hours” absence to find her two-year-old daughter dead.

The ambulance officer arriving at the Mangere home found an emaciated child covered in burns and bruises lying dead on a urine-stained mattress. Delcelia Witika’s blood was found splattered on walls and carpets, her vomit on the skirting board. Her jaw was broken, her teeth were smashed, and her head was scarred from her hair being pulled out. She had suffered “massive” sexual abuse.

Delcelia died while her mother Tanya Witika and partner Eddie Smith partied down the road. They were found guilty of manslaughter, neglect and ill treatment, and sentenced to 16-year prison terms.

The country was outraged when they learnt of the horrific death of Delcelia and the squalid conditions in which she lived. Just as they were horrified by the deaths of Lillybing, James Whakaruru, and the Kahui twins, to name but a few of the hundreds of children tortured and killed by people they should have been able to trust.

Not all of the killers have been brought to justice. Born eleven weeks premature, tiny Chris and Cru Kahui were kept alive through the round-the-clock dedicated care of the doctors and nurses at Middlemore’s neonatal intensive care ward.

On their discharge from hospital at 6 weeks old, the twins were taken to a three-bedroomed state house in Mangere, where 12 other people lived. Only one had a job. Estimates were that over two thousand dollars a week in welfare benefits were going into that household. There were on-going parties, drinking, dope smoking, and fighting.

Just six weeks later, while technically still patients of Middlemore Hospital, the babies were dead of traumatic brain injury consistent with being smashed against a solid object. They had broken bones and internal bleeding.

Whanau members, who claimed to know who killed the children, closed ranks and refused to cooperate with the Police. The code of silence of the “Tight 12” protected the murderer.

These tragic cases helped create an environment in which the Green Party’s proposition that banning the smacking of children would prevent child abuse, gained traction amongst politicians.

As a result, in 2007, Parliament passed the anti-smacking law.

Opponents claimed that child abusers would take no notice of the law change. That has proved to be the case.

According to Police statistics, the year after the Bill became law, four children under the age of 5 were killed, but the next year 13 died. The worst year was 2015 when there were 14 child homicides.

The number of children being removed from abusive households and taken into State care is also higher now than when the smacking law was introduced, with 6,365 in care in 2018, compared to 6,136 in 2008.

Last year, the Ministry for Children (Oranga Tamariki as it is also called) received 92,000 reports of potential child abuse. They carried out 41,500 investigations, and substantiated 14,000 cases of abuse. Of those, 1,663 children were taken into State care.

The number of newborn babies being removed from their parents in the first three months of their life due to the risk of serious harm, has jumped more than a third in the past three years from 211 in 2015, to 281 in 2018.

According to the Ministry for Children, uplifting a child is a “last resort”. The decision is made by a team of social workers, who have to convince a Family Court Judge that a child is at such serious risk of harm that a removal order is necessary.

If a child is referred to the agency, social workers are required to investigate. They will attempt to engage with the family but if they refuse and the concerns are serious enough the agency has little choice but to remove the child.

Once a child has been taken into custody, a placement with the wider family is the first option. A court plan follows the uplift, with parents given clear goals on what they must do to ensure their child can be kept safe if allowed to return home.

Legislative changes in the pipeline will put greater emphasis on early intervention and on providing greater support to families where a child might be at risk of removal.

It’s a sad fact that the children being removed from their families often have major developmental and intellectual challenges. Up to a half of all children in care have foetal alcohol spectrum disorder, which is caused when mothers drink alcohol during pregnancy. The damage done to the unborn child is irreversible.

Alcohol abuse is a major causal factor in child abuse at all levels, not just through foetal harm, but through the destructive binge drinking culture of the underclass.

While still numerically small at around five percent of families, New Zealand’s underclass arose in the seventies as a result of the major social policy reforms undertaken by the Kirk Labour Government.

At the time, a fundamental social contract existed that ensured only those ‘of good moral character and sober habits’ were entitled to state support.

The ‘undeserving’ poor were supported by charitable organisations that provided food and shelter in return for work. No-one starved and there was no underclass.

By replacing the needs-based ‘good character’ requirement for state support with a universal benefit entitlement, Labour forced taxpayers to start funding destructive, criminal and anti-social behaviours. Other changes, which included increasing benefits to levels similar to a working wage, removed the incentive to find a job and work for a living. Introducing the Domestic Purposes Benefit to enable single mothers to raise children without the support of fathers, sowed the seeds of the dependency cycle.

The consequences of Labour’s toxic policy mix were entirely predictable – generations of chaotic families living on welfare, in conditions that put their children in danger of harm.

Even though the evidence is now overwhelming, that child abuse most often occurs in single parent families on welfare, tragically, little has changed. The State still continues to pay vulnerable young women with little education and few prospects, to have and raise children on their own. And the more children they have, the more money they receive.

It was an attempt to uplift a baby from a young mother who had just given birth that sparked the recent controversy over child protection services in New Zealand.

The criticism quickly escalated into a disgraceful full-scale attack on the Ministry for Children by vested interest groups.

Some iwi leaders, with lucrative race-based contracts with the Government, want control of child protection services. They have seized on the opportunity to accuse the Ministry for Children of racism, calling their social workers ‘racists’ despite a four-year degree course that is disproportionately culturally biased.

Some critics have even gone so far as to call the Maori babies who have been taken into care by the Ministry of Children, “New Zealand’s own stolen generation.”

They are now blaming colonisation for their plight, claiming their whanau is a victim of New Zealand’s white supremacist majority.

But instead of dismissing these ridiculous claims, the Minister for Children, Tracey Martin, is now suggesting that the State agency responsible for the care and protection of all New Zealand children, should share that responsibility with iwi.

Sonny Tau, the chairman of Ngapuhi, joined the call for such a partnership, claiming that “Iwi Maori are the best equipped to design processes and services for the betterment of our people”. But he also reveals that his iwi has “the highest statistics of tamariki in Care. One third of all children in care nationwide identify as being of Ngapuhi descent, which is nearly double any other Iwi.”

In their clamour to appease the radicals the Government appears blind to the danger of handing the care of abused children to the relatives of the abusers.

This week’s Guest Commentator is Brian Giesbrecht, a retired Canadian Judge with 30 years of experience in dealing with indigenous child abuse in the Canadian justice system. Having published a number of Brian’s common sense articles over the years, I asked him what advice he would offer to New Zealand given that our Government appears to be on the cusp of allowing a race-based ‘solution’ to the child abuse problem.

Essentially, Brian is scathing about the claims that indigenous children will be better served by race-based services:

“For the next two decades a combination of incompetence and ideological zealotry condemned many Indigenous children to bleak lives. Children were regarded as the property of Indigenous tribes, and this lead to tragedies. Children who had been in stable homes with loving parents since birth were taken from their homes and placed in Indigenous homes, simply because the foster parents were not Indigenous. There were a number of high profile deaths of children supposedly under the care of an agency that resulted from a combination of incompetent care at the agency’s hands, and placement with biological parents who were totally incapable of looking after children. Deaths were followed by inquiries that made many recommendations – most of which were not followed.

“Among other things, I recommended that until indigenous agencies could be brought up to the same standard as the agencies dealing with white children, they should be disbanded. I also strongly denounced the system of categorizing children by race, and stated that best interests should be the only test for all children. The province basically disregarded my recommendations and went ahead ‘devolving’ child care responsibility based on race only.

“It turns out that culture was never the problem. Children need loving, stable homes. Racial, religious and ethnic considerations are secondary.”

We are considering printing Brian’s paper in booklet form and sending it to all MPs, media, social policy makers, and other influential New Zealanders, to help prevent the race-based takeover of child protection services. If you would like to support this project, please click HERE to help.

These are dangerous times as tribal leaders seek to use the strong political influence they have gained from having seven Maori seats all held by Labour, to expand their power base into the governance of our most fundamental institutions.

The only answer, as Brian notes in his must-read article, is for culture to be removed from policy altogether, leaving it where it belongs – as a personal issue, not a matter of state.

I will leave the last word to Brian, who, in his forthright manner exposes the political games that are being played in Canada – and New Zealand as well:

“In Canada we have settled into a stagnant pattern on Indigenous issues. Indigenous advocates argue for the continuation of the separatist status quo, but with more money and power for themselves. When Liberal governments are in power they try to appease the Indigenous leaders by giving them what they want. When Conservative governments are in power they simply try not to offend the separatist Indigenous sensibilities. Both parties simply send cheques to the chiefs, and hope that the chiefs will not make too many demands. The chiefs’ main concern is to keep the money flowing. No politician dares to publicly oppose this separatist, racialized dystopia, and expose it for the nonsense that it is.”

Do you support the call by Maori leaders for child protection services to be run by iwi?