The Controversy of Politics 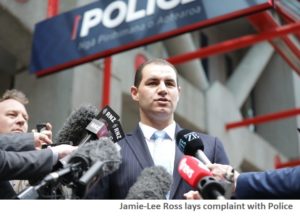 The political media love controversy. There’s been an abundance of that ever since Donald Trump was elected US President – but over recent weeks, there’s been plenty here as well.

What effect media controversy has on the way people vote remains to be seen.

A good indication of whether voters are overly influenced by scandal, or whether they realise that politicians are human too and ignore their failings to vote on performance, will be the US midterm elections. As this week’s NZCPR Guest Commentator, political columnist and executive director of Milford Asset Management Brian Gaynor reminds us, they are on Tuesday November 6th:

“The consensus view is that the Republicans will continue to hold the Senate, with the Democrats having a better than even chance of regaining control of the House.

“As senators have a six-year term, either 33 or 34 seats are up for election every two years. The Democratic Party has 24 Senate seats up for grabs, the Republicans nine seats and the two independents, Bernie Sanders and Angus King, are also up for re-election.

“House of Representatives members have two-year terms, with all 435 voting seats being contested next month. ABC News is predicting that the Democrats have a 74.5 per cent chance of winning House control, although those odds have fallen slightly in recent weeks.”

Brian believes that President Trump’s impact on the US economy and financial markets has been positive to date. In trying to do what he promised – lowering taxes, draining the ‘swamp’, and supporting US business growth – the economy is strong, and the country’s unemployment rate has dropped to just 3.7 percent, the lowest rate since December 1969. There are, however, major challenges ahead, especially if control of the House or Senate is lost.

Back in New Zealand, it’s the National Party that’s been creating the controversy. Here’s how the Jamie-Lee Ross saga unfolded.

After Bill English resigned as National’s leader following the 2017 General Election, Botany MP Jamie-Lee Ross threw his support behind Simon Bridges in the leadership contest. It has been reported that in exchange, he had a number of conditions: a position on the front bench, Shadow Leader of the House, Chief Whip, a seat on the Party’s Board, and being in charge of party polling.

Only Simon Bridges and Jamie-Lee Ross will know what assurances were given, if any, but in the post-leadership reshuffle, Jamie-Lee Ross was promoted to the front bench.

There is speculation this did not satisfy Mr Ross.

But the next day, the Speaker, Simon Bridges, and Tova O’Brien all received an anonymous text from a person claiming to be a National MP and the leaker, pleading for the inquiry to be called off on mental health grounds. They said being publicly exposed could put their life at risk.

The matter was referred to the Police, who subsequently located and spoke to the leaker, but refused to disclose their identity to the Speaker or Simon Bridges.

With the inquiry still going ahead, Jamie-Lee Ross passed the information about the leaker’s text and their fragile mental state onto a Radio New Zealand journalist in the hope that publicity would force the inquiry to be abandoned.

While the public inquiry was subsequently called off by the Speaker, he nevertheless asked an audit firm to undertake an investigation in order to clear his name and that of his staff. KPMG found no evidence that the Speaker, his staff, or Parliamentary Service’s finance and corporate staff had leaked the expense details. Parliamentary staff in the offices of National MPs, were not included in the investigation.

Simon Bridges was also not satisfied with the identity of the leaker being withheld, and asked Price Waterhouse Coopers to conduct an inquiry for the National Party.

It was during this period, that four women chose to come forward and accuse Jamie-Lee Ross of inappropriate behaviour. The pressure caused a nervous breakdown, and he took leave to deal with ‘personal health issues’.

The results of the PWC inquiry were released while Jamie-Lee Ross was on medical leave. While it did not conclusively identify the leaker, since there were no records of anyone contacting Tova O’Brien, it said the evidence pointed to Jamie-Lee Ross as the leaker.

Jamie-Lee Ross has continued to claim that he is innocent and did not leak the travel expenses.

However, with the inquiry identifying Jamie-Lee Ross as the possible leaker, and more allegations of affairs emerging – including a long term relationship with a fellow married National MP who media have chosen not to name – Simon Bridges asked Jamie-Lee Ross to resign.

Jamie-Lee Ross perceived the request as an unfair attempt to pin the blame for the leak onto him, and decided to fight back. He released details of a taped phone conversations with Simon Bridges involving donations, which he alleged showed the leader had engaged in “corrupt” practice.

National is still weighing up its options. If they tried to enforce the new Electoral (Integrity) Amendment Act to remove Jamie-Lee Ross from Parliament, they would face on-going accusations of hypocrisy, having vehemently opposed the Bill when it was going through the House. In addition, to trigger the new law, they would have to show that his expulsion from the Party changed the proportionality of Parliament – which, if Jamie-Lee Ross chose to vote in the same way as National, could be difficult.

Meanwhile, after a “a very real situation” developed over the weekend, Jamie-Lee Ross was taken by the Police to the mental health unit at Middlemore Hospital. Under the Mental Health Act, a person can be sectioned to a safe place against their will and given treatment if their safety is considered to be at risk.

He has now been discharged from Hospital under a care plan, and is staying with friends.

Under these circumstances, it is unlikely that there will be any further developments in this saga for some time.

Meanwhile, the allegations that Simon Bridges breached the Electoral Act over a $100,000 donation are now being investigated by the Police.

Any action would be deemed to be unlawful if a person wanting to give a political donation to a party of over the $15,000 disclosure cap was advised to split the sum up into smaller lots to avoid having to register their name. The disclosure cap for donations made to an electorate is $1,500.

There would similarly be wrongdoing if donations from a single donor were submitted in smaller lots under other people’s names, to get around the disclosure rules. But it is perfectly legitimate for donors wishing to remain anonymous, to encourage others to contribute towards a pledged sum, as long as each individual’s donation is under the cap.

Controversy over donations is, of course, not unknown in New Zealand politics.

Back in 2008, reports emerged of donation irregularities involving New Zealand First that resulted in two investigations – one by the Serious Fraud Office and the other by Parliament’s Privileges Committee. While the Privileges Committee found that Winston Peters had knowingly filed a false return, when he failed to declare a $100,000 donation from Owen Glenn, the SFO found there was no basis for fraud charges over two other large donations. The controversy no doubt contributed to New Zealand First failing to reach the 5 percent threshold for Parliament at the election.

In 2006, Prime Minister Helen Clark was found guilty of wrong doing by the Auditor General over donations worth $885,000 – including using taxpayer funding for Labour’s election pledge cards. The money was eventually paid back, with Labour not only passing legislation to legalise their actions, but also changing the law to extend the ‘regulated period’ for the 2008 election, from three months to the whole year, in order to silence criticism over the misuse of public funds.

Maori Party co-leader Tariana Turia claimed her party had been offered $250,000 in campaign funding by a wealthy business man who lived outside of New Zealand – if they agreed to support Labour after the 2005 election. Offering a financial inducement to a Member of Parliament in an attempt to ‘buy’ the Government, breeches Section 103 of the Crimes Act, which states: “Every one is liable to imprisonment for a term not exceeding 7 years who corruptly gives or offers or agrees to give any bribe to any person with intent to influence any member of Parliament in respect of any act or omission by him in his capacity as a member of Parliament.” No Police complaints were ever laid.

Meanwhile the Green Party is using this latest National Party donation scandal as an opportunity to call for increased state funding for political parties. While taxpayers already pay the salaries and expenses – including travel – of campaigning MPs, along with a substantial broadcasting allocation, the Greens – and now it appears, Labour – want more.

So what is the fallout from the political controversies of the last few weeks?

While we know that Labour and the Greens have a female quota – equal numbers of female MPs and Cabinet Ministers to males – there is now a suggestion that National may have quotas of ‘token’ MPs to appease ethnic voting blocs.

However, probably the most damaging disclosure was Simon Bridges’ shocking comments about his colleagues, in particular, describing Maureen Pugh – a former West Coast counsellor and Mayor – as a “f—ing useless MP”. While his indiscretions appear to have been patched over, in all probability, all members of National’s Caucus will now be wondering what their leader says about them behind closed doors.

And regarding public opinion, the latest Colmar Brunton poll, which was undertaken during the controversy, shows, that at this stage, National’s support has not been too badly damaged, dropping by just 2 percent to 43 percent. Labour increased 3 to 45 percent, the Greens rose 1 to 7 percent, New Zealand First was steady on 5 percent, and ACT did not register.

When it came to the preferred PM stakes, Simon Bridges fell from 10 percent to 7 – his lowest rating since becoming leader – while his colleague Judith Collins rose 3 to 5 percent. Jacinda Ardern was up 2 to 42 percent, and Winston Peters dropped 1 to 4 percent.

Crucially, when asked how Simon Bridges had handled the saga around the travel expenses leak, 51 percent said it made no difference to their perception of him as leader, 38 percent felt less positive, and 2 percent were more positive.

Whether public confidence in Simon Bridges’ potential to become Prime Minister has been permanently damaged remains to be seen. If it has, then the show of Caucus solidarity behind him will start to dissipate as possible successors begin to jockey for favour.

However, it is important to remember, that while politics can be an extremely brutal environment, it can also be very forgiving. With hard work, MPs are able to rehabilitate themselves and come back to fight another day.

And for National, surely it’s time for a reality check. The next election is not far away, and while the party needs to be strong in holding the Government to account, it must also focus on developing innovative policies that deal with some of the deep concerns of voters – such as standing up for the rights of individuals against the rising tide of collectivism, pressing for equality instead of increasing racial division, and curtailing the excesses of regulations and costs that are now holding back Kiwis and preventing them from getting ahead.

Do you agree with Labour and the Greens that taxpayers should fund the election campaigns of political parties?