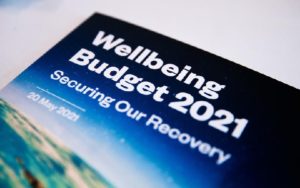 Budget 2021 was the most political budget we have seen in recent years. From the new railway assembly workshops in Dunedin – to keep the trade unions happy – to the major income boosts for beneficiaries of up to $55 a week, it represented a major payback to Labour’s traditional supporters.

Unrestrained by the brake of coalition partners, the Finance Minister Grant Robertson unreservedly rewarded party faithful with billions of dollars of public spending – including upwards of $1 billion for railways and $3.3 billion for benefit increases.

Finance Minister Grant Robertson indicated his huge investment in the marginalised in this Budget helped balance the significant outlay directed at businesses – to keep them afloat during the Covid crisis – that had dominated the previous Budget. But it is pure socialist propaganda to equate paying a weekly wage to keep someone employed with increasing weekly benefit incomes: One keeps people out of dependency, while the other traps them in it.

The Herald’s senior political correspondent Audrey Young, believes the main objective of the Budget was to make the Prime Minister look good: “Lifting the incomes of the poorest Kiwis on benefits had to happen, for several reasons other than alleviating suffering. With Prime Minister Jacinda Ardern having created the Child Poverty Reduction portfolio in 2017, having put herself in charge of it, and having made underwhelming progress, it was clear something had to change this term to maintain her credibility, no matter what state the books were in.”

In other words, preventing the Prime Minister from losing face over her failure to alleviate child poverty was a key reason for the benefit increases.

The reality is that under Labour, things are getting worse – as the Leader of the Opposition Judith Collins pointed out in her Budget speech: “Have a look at their four years – astonishing. Fifteen hundred more children in poverty since Labour took over – that’s why they’re having to pay more in benefits. The Prime Minister said the end of homelessness. Guess what: 17,000 more on the State house waiting list under her Government; four thousand children growing up in motels – that’s a million dollars a day. The motel generation – a shocking indictment on a Government that just loves photo ops and announcements.”

The real reason Jacinda Ardern has not reduced child poverty is that she has failed to accept that welfare creates poverty. The only sustainable way to reduce persistent hardship is to help families with children into the workforce, so they can build a better future for themselves independent of the State. By raising benefits, the Prime Minister will instead trap more welfare families with children in poverty.

It is worthwhile remembering that the welfare system created by Michael Joseph Savage in 1938 did not incentivise dependency. By focussing on providing a hand-up to work through welfare payments that supplemented community-based charitable efforts to assist the needy, it created a social contract between taxpayers and the government to ensure that only those who were of “good character” and met community standards were eligible for state benefits. As a result, for thirty years, less than 15,000 people received state welfare, with fewer than a thousand unemployed.

In the early seventies, however, the Holyoake Government’s Royal Commission on social security, produced recommendations, that, when introduced by the 1973 Kirk Labour Government, fundamentally transformed welfare.

The first was to change benefit eligibility from being needs-based and available only to those ‘of good moral character and sober habits’, into a universal entitlement. For the first time, the welfare system rewarded those exhibiting indolent and destructive behaviours such as alcoholism, drug addiction, and criminality.

The second was to raise benefit levels closer to a working wage – instead of benefits being sufficient to tide people over while they found a new job, the Commission wanted to ensure a beneficiary could “enjoy a standard of living close enough to the general community standard for him to feel a sense of participating in the community and belonging to it”. As a result, the urgency to find a job and be appreciably better off, all but disappeared creating welfare ‘as a lifestyle choice’.

The third was the introduction of the Domestic Purposes Benefit, a statutory benefit available to sole mothers with dependent children. This was the first benefit available for reasons of choice, such as wanting to leave a violent relationships, rather than for factors outside of a person’s control such as the death of a spouse, the loss of a job, injury, or accident.

The impact of those three recommendations was profound – intergenerational welfare dependency began blighting lives and leading to serious social dysfunction, and within thirty years, one in three New Zealand families with children were headed by a single parent.

To be effective, welfare policy should have incentives to transition beneficiaries into work. But New Zealand has long lagged behind best practice – as the current situation, where well over 200,000 able-bodied people are on benefits at a time when the country is crying out for workers, demonstrates only too clearly. Many other countries are far more successful than we are in helping people off welfare – by tightening conditionality and introducing reciprocal obligations such as workfare schemes, time-limits on benefits, and wrap-around support programmes.

While various governments have attempted to eliminate the destructive ‘welfare trap’, opposition from social justice campaigners have largely prevented the sole parent benefit from becoming a pathway to a better future. As a result, the number of children trapped in long term welfare has continued to rise.

Statistics, of course, can be manipulated and in her informative article welfare commentator Lindsay Mitchell outlines how, under the current hardship measures, as a society becomes poorer “fewer children will fall below the thresholds leading to an apparent improvement in child poverty. I’m sure that isn’t Labour’s intention. To make us all poorer to claim a reduction in child poverty – the PM’s flagship policy. Then again, she shows no alarm at the prospect of more children being on benefits as long as she can claim to have lifted them out of poverty.”

While more children on benefits will undoubtedly be the long-term impact of Jacinda Ardern’s benefit increases, in the short term, she will hope for an improvement in the statistics.

As the Herald’s political editor Claire Trevett explains, “Ardern now settles in for what could be a white-knuckle ride to find out if the extra $55 a week going into the pockets of beneficiaries with children actually makes a dent in child poverty. Ardern needed to increase benefits in the first Budget because she needed time for that cash injection to make some impact. The Families Package Labour delivered in 2017 was the big hit — but has so far had only a minor impact on child poverty. The latest boost on top of that may well answer the question about whether throwing money at a problem does, in fact, work. Ardern will be hoping that starts to show up in the statistics before the next election. To fail on this front would only add to the line that the Government has failed to deliver on a long string of promises: housing, transport projects, infrastructure and child poverty.”

During his budget announcement, Finance Minister Grant Robertson claimed the benefit increases were designed to reverse the damage caused by Ruth Richardson’s benefit cuts 30 years ago: “This Budget is set against the Budget delivered 30 years ago this year, the so-called ‘mother of all Budgets’… On the 30th anniversary of that Budget, our Government is undoing some of the damage done all those decades ago… We restore dignity and hope for those lowest-income New Zealanders by righting the wrong of those benefit cuts and by boosting main benefits by up to $55 per week.”

His statements were bizarre on a number of fronts.

If reversing the benefit cuts was as important as the Finance Minister implied, why hadn’t they been reversed during the twelve years Labour has been in office since that time?

In reality, his statements were a cheap shot at National and a distraction from any critical analysis of the Prime Minister’s record on reducing child poverty.

That’s certainly what National’s former Finance Minister Ruth Richardson thinks, describing the attack as a “predictable cheap shot, further reinforcing my point that the budget expenditure choices are driven more by politics than economics… My budget was driven by a desire to lift economic growth and to make employment attractive. Grant Robertson’s budget is overtly driven by politics and the desire to pay off Labour supporters… The tragedy of this approach is that it locks in intergenerational state dependency with benefits becoming more attractive than jobs.”

As an aside, according to a Stuff report of the ‘transcript’ of the budget speech the Prime Minister delivered in Parliament, Jacinda Ardern criticised the Richardson budget: “I remember the Mother of all Budgets. I was going on just 11 years old when it was introduced. On too many occasions in New Zealand’s history, the changes that leave an indelible mark on the next generation do so for the wrong reasons.”

The only problem is that, according to Parliament’s Hansard, the Prime Minister did not actually say that in her speech.

This question of media independence has assumed greater significance since the Government launched their new public interest journalism project, whereby $55 million in taxpayer funding will be allocated to media that meets specified criteria. This includes, “Actively promote the principles of Partnership, Participation and Active Protection under Te Tiriti o Waitangi acknowledging Maori as a Te Tiriti partner”.

Is this why the media are now inundating the public with Maori language, culture, and endless lies about the fabricated Treaty partnership – because they are being paid by this Government to do so?

How can this possibly be seen as anything but a corruption of media independence – turning what used to be our Fourth Estate into a Government propaganda machine.

It is truly disgraceful.

But back to the budget.

This week’s NZCPR Guest Commentator, Professor Robert MacCulloch of Auckland University, believes what is missing from the budget is any analysis of the thousands of productivity-destroying regulations that are undermining New Zealand’s economic growth:

“Last week the Labour government presented a neat, transparent itemized budgetary account detailing all of its various revenues and expenditures. The marketing and public relations behind the event has become impeccable, right down to the glossy brochures. Everything looks like it has been revealed. It most certainly has not. There are no measures of the number of rules that are presently being passed by central, let alone local, government. There has been no accounting of their net benefit to the country. Our regulatory superstructure becomes vastly more opaque, year upon year, as each successive government tries to control more and more of our behaviours. Although the catch-cry ‘fiscal responsibility’ is one that now strikes a chord with Finance Ministers, the catch-cry ‘regulatory responsibility’ does not.”

Professor MacCulloch is right. New Zealand is now hobbled by a controlling regime that is adding further costs on businesses, while entrenching state dependency.

Budget 2021 was pure politics: plenty of handouts for supporters, but lacking any vision or incentives to encourage enterprise or the creation of wealth.
Please note: To email this article, please use the PRINT button on the top right.

*Do you give Budget 2021 the thumbs up or thumbs down?
Note: Please feel free to use the poll comments to share your views on any of the issues raised in this week’s newsletter.