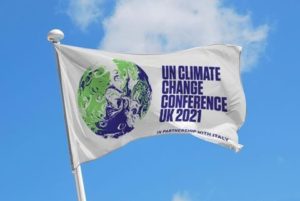 For weeks now, there has been saturation level news coverage predicting a doomsday future caused by human-induced global warming.

Climate change is now called an “emergency” so that every wildfire, drought, flood, or storm can be touted as ‘evidence’ that free enterprise and wealth creation are to blame. The scaremongering, alarmists claim, is based on “science” – namely climate models that have been consistently wrong for 30 years.

It doesn’t seem to matter that the climate is such a complex system that it’s impossible to model – the UN does it anyway. Since they claim only humans cause global warming, the influence of the sun and other key climatic factors are excluded from the models. Then, when the dire predictions don’t materialise, the arrival date of their predicted climate Armageddon is extended.

Remember fifteen years ago, when former US Vice President Al Gore terrified the world by claiming in his film “An Inconvenient Truth”, that there would be a 20-foot sea level rise and 100 million climate refugees “in the near future”? Such exaggeration is how alarmists are using fear to gain their mandate.

As the influential American writer H.L. Mencken astutely observed in 1918, “The whole aim of practical politics is to keep the populace alarmed – and hence clamorous to be led to safety – by an endless series of hobgoblins, most of them imaginary.”

With the ominous picture of eight billion humans destroying our planet as a backdrop, let’s add some perspective.

Firstly, while eight billion is a huge number, the reality is that if the world’s population stood shoulder to shoulder – each taking up one square metre – they could all fit in the Wellington region!

And while urbanisation through housing, roading, and commercial development in some countries is extensive, in most others the footprint is relatively small – as it is in New Zealand, where it accounts for only one percent of our total land area.

Add to that the fact that our total carbon emissions amount to a miniscule 0.05 percent of the global total – with almost half produced by cows and sheep through a natural methane cycle which sees emissions broken down to effectively feed the plants that feed the animals – and you have to wonder why our political leaders are so determined to punish New Zealanders through increasingly harsh policies that are undermining our economic wellbeing.

We can already see the effects of their climate policy agenda in the rising cost of fuel. With Emissions Trading Scheme carbon prices now hitting $65 a tonne, petrol pump prices include an ETS levy of around 15 cents a litre.

The flow on effect is creating huge cost increases across the whole economy, including the production and distribution of food – resulting in far higher supermarket prices.

Is this why the Government launched their inquiry into supermarkets last year – to conveniently point the finger of blame for rising prices at supermarkets themselves, instead of our Prime Minister’s climate extremism?

Electricity prices will also escalate once baseload generators – that use coal and gas to maintain the security of power supplies when the sun doesn’t shine, the wind doesn’t blow, and lake levels are low – face the full impact of rising carbon charges.

So, what have been the talking points at COP26?

Firstly, for New Zealand it was the hypocrisy of Green MP and Climate Minister James Shaw travelling to Glasgow with an entourage of ten – creating massive emissions and taking up precious MIQ spots – instead of attending by Zoom.

The world’s second largest emitter, the US, was represented by President Joe Biden, who nodded off to sleep during opening remarks. But, as the Herald reported, worse was to come: “As world leaders gathered to discuss the grave threat posed by climate change, much was made about the need to control emissions. Now it has been revealed that at least one high-profile participant was reportedly unable to practice as he preached.

“US President Joe Biden audibly broke wind during the COP26 event – and while he was speaking with Camilla Parker Bowles, the Duchess of Cornwall… Camilla has not been able to stop talking about the ageing President’s ‘long fart’ since he unleashed it in her company last week. It was long and loud and impossible to ignore…

“The day after his gaseous faux pas, Biden’s administration launched a plan to reduce methane emissions. Clamping down on methane flaring and leaks from oil wells and gas pipelines is considered one of the easiest ways to cut emissions. Reducing methane from agriculture, in particular by belching cows, is a trickier matter. The impact of presidential poots and potential methods to restrict them remains unknown.”

Meanwhile Swedish climate activist, Greta Thunberg – Time Magazine’s 2019 ‘Person of the Year’ – was at her eloquent best when speaking at a rally on opening day: “Inside COP, they are just politicians and people in power pretending to take our future seriously… We say no more ‘blah blah blah’… No more whatever the f*** they’re doing in there…”.

This week’s NZCPR Guest Commentator is the Chairman of the Climate Coalition and former Minister of Energy Barry Brill, who has been appalled by the Glasgow climate circus:

“The 400 private jets alone will blast 13,000 tonnes of CO2 into the atmosphere, and their ostentatious presence has been branded ‘rank climate hypocrisy’ and the ‘nadir of carbon inequality’. But they are no more than the visible tip of an iceberg. Many of their mega-rich owners – Bloomberg, Bejos, Fink, Gates, Soros, Schwab, the Rockefellers, the Rothschilds – are pouring many more billions into lobbying governments everywhere for their favoured climate policies.

“There are literally tens of thousands of professional climate activists working on a full-time basis and drawing wages funded by these ‘philanthropists’. They make up the bulk of the non-delegates at the Glasgow convention. What hope does common sense or moderation have in the face of such an army of propagandists?”

One of those propagandists was Maori climate activist India Logan-Riley, who, having been invited to speak at the opening of the conference, blamed Britain for stealing Maori land, and colonisation for causing climate change!

In a recent interview, independent journalist Sean Plunket outlined her background: “She is a member of Action Station, which can be described as the king of neo-Marxist woke organisations. One of its funders is internet billionaire from Silicon Valley Pierre Omidyar. It is highly linked and connected to the Prime Minister’s Office. So, this woman was nothing more than a propagandist for our liberal elite. But our news media swallowed that hook, line, and sinker. That isn’t journalism – that’s what Joseph Goebbels did.”

Many climate propagandists hail from the environmental movement, and Dr Patrick Moore – a founder of Greenpeace who walked away 15 years later when it turned radical – outlined the danger in a lecture in 2006: “This was the rise of environmentalist extremism in the mid-1980s. The only way to remain confrontational and anti-establishment was to adopt even more extreme policies, eventually abandoning science and logic altogether. World communism failed, the Berlin Wall came down, and a lot of political activists moved into the environmental movement bringing their neo-Marxism with them, using green language in a way to cloak agendas that have more to do with anti-capitalism than anything to do with science. They tend to be anti-business… They are ultimately anti-civilisation… There is this naive vision of some utopian ‘Garden of Eden’ that never existed.”

Is Prime Minister Ardern now attempting to lead New Zealand towards a socialist Utopia – protected by a state-controlled economy?

Just as her He Puapua agenda to replace democracy with tribal rule is being rushed through while Labour has the power to govern alone, so too we should expect severe economic restrictions to be forced onto us – but under the guise of saving the planet.

Stressing the importance of New Zealand doing its “fair share” in the fight against climate change, the PM has not only promised to give away an eye-watering $1.3 billion of taxpayer’s money to other countries, but she has now pledged to halve net carbon emissions by 2030.

New Zealand’s original emissions reduction goal of 30 percent below 2005 levels by 2030 was decided in Paris in 2016. The Prime Minister has now changed this, raising the stakes to a 50 percent reduction by 2030.

That 9-year timeframe to dramatically reduce emissions, will require an extraordinarily brutal “reset” of our economy. This is in sharp contrast, not only to Australia, which refuses to set emissions targets that would ruin their economy, but also to the world’s largest carbon emitters, which are extending out climate crisis deadlines to 2060 and 2070.

During COP26, New Zealand also agreed to phase out coal burning for electricity generation in the next 10 to 20 years, although how this will be done in such a way as to still guarantee the security of power supplies has not been explained.

A pact to drastically cut methane emissions by a third by 2030 was also signed, even though a working programme to become the first country in the world to put a price on agricultural emissions by 2025, is well underway.

A Declaration on Forests and Land Use, and the High Ambition Coalition Leaders Declaration, were also signed, along with the International Just Transition Declaration to ensure that the transition to a low carbon future is “just, inclusive and equitable.”

With the Government expected to release their first Emissions Reduction Plan – to set the direction for climate action through to 2035 – early next year, a public consultation process is now underway.

Jacinda Ardern wants this new climate plan to transform our lives: “We have the opportunity to build back differently after Covid-19 and the Emissions Reduction Plan will be a key component of our recovery.”

Is this going to be New Zealand’s “Great Reset”?

Regrettably, it could be that New Zealand is about to enter a phase of radical economic reform, justified by the Prime Minister’s desire to penalise our country through harsh new emission reduction targets, while the world’s largest emitters carry on as usual with no imperatives to structurally change their economies. They will grow richer and more dominant, while New Zealand grows poorer.

In contrast to what is being signalled here, Australia’s approach is to support climate change action but in a way that protects jobs and livelihoods, keeps the costs of living down, and preserves the way of life, especially in rural and regional areas.

Isn’t that the sort of leadership that New Zealand needs?

While it may feel futile, anyone who is concerned about the proposed climate restrictions, should engage in the Emissions Reduction Plan consultation process – see HERE. Since environmental activists, who want to undermine New Zealand businesses and destroy our free market economy, will be proposing harsher restrictions, we need to urge as many people as possible to counter their influence by sending in a submission – they can be completed on-line or emailed to climateconsultation2021@mfe.govt.nz by the deadline of November 24, 2021.

These are very troubling times. We are facing many challenges, but the greatest threat of all is the loss of social and economic freedom – that is being taken from us by our very own Government.

Sadly, with the mainstream media now operating as an echo chamber for Government propaganda, it is up to us to raise the alarm!

*Should New Zealand be moving faster on climate change reforms than the major emitters?