The High Cost of Failure 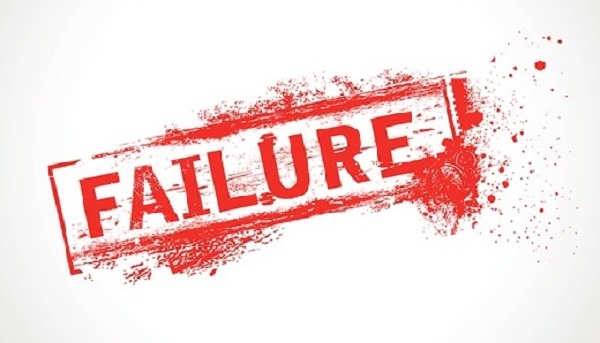 Of the seven people injured, three were critical, but thankfully, are now recovering. The youngest victim was a 29-year-old woman, and the oldest a 77-year-old man.

Let’s look into this tragedy and ask whether anything could have prevented it.

The timeline shows that 22 year old Ahamed Aathill Mohamed Samsudeen, a Tamil Muslim, arrived in New Zealand from Sri Lanka on a student visa on 22 October 2011.

He sought refugee status, but in April 2012 Immigration New Zealand declined his application on the basis that it lacked credibility. He appealed, and in December 2013 the Immigration and Protection Tribunal recognised him as a refugee.

In April 2014 he was granted permanent residency, with police and security checks identifying no issues of concern.

But in 2016, following the rise of Islamic State, he began posting ISIS-inspired material on Facebook advocating violent extremism. As a result, he came to the attention of Police and the Security Intelligence Service.

In May 2017, he attempted to leave New Zealand for Malaysia, on his way to Syria to fight for Islamic State, but was arrested at Auckland Airport.

When police searched his apartment, they found a large hunting knife and a variety of terrorist propaganda. Charged with possession of an offensive weapon and distributing restricted publications – his first set of charges – he was remanded in custody.

In August 2017, Immigration New Zealand’s Refugee Status Unit began reviewing his refugee status, not only on the basis that he may be a security threat, but information found on his computer cast doubt on the validity of his original application. In June 2018, he was notified his refugee status was to be revoked.

At his trial later that month, he pleaded guilty to distributing restricted publications, but having already been in custody for 13 months – longer than any sentence for the charges he faced – he was released on bail.

Just days later, having breached his bail conditions by buying another large hunting knife and accessing terrorist information on the internet, he was again arrested – his second set of charges.

In September 2018, given the time he’d already spent in prison, Justice Wylie sentenced him on the first set of charges to a year of supervision – including a psychological assessment and the monitoring of online activity.

However, he was not released, but remained in custody – as a result of the second set of charges.

In February 2019, he was advised that Immigration New Zealand had finally cancelled his refugee status, and he was served with two deportation notices – one relating to his criminal offending and the other to the cancellation of his refugee status.

He lodged an appeal over the latter and could not be deported until it was heard.

In July 2020, an attempt to have him charged under the Terrorism Suppression Act for the second set of offences failed. Justice Downs ruled that planning a terrorist act was not an offence under the law, noting, “The absence of an offence of planning or preparing a terrorist act … could be an Achilles heel”. The judgment was sent to the Attorney-General, the Solicitor-General and the Law Commission.

In September 2020, he was charged with attacking two Corrections officers, but pleaded not guilty – his third set of charges.

In May 2021, he was found guilty by the jury in his High Court trial on the second set of charges, of possessing terrorism propaganda and failing to comply with a search. The Crown sought GPS monitoring, but this was refused.

In July 2021, having already spent three years in custody, he was sentenced to a year of supervision, again on the condition of a psychological assessment and the monitoring of online activity. He was granted bail by the District Court on the third set of charges.

Once released from prison, he was placed under 24/7 surveillance by Police and an Elite Special Tactical Group in an operation that involved some 30 officers working around the clock.

On August 26, he was advised his hearing with the Immigration and Protection Tribunal over the challenge to his refugee status that had been set down for mid-September had been adjourned due to Covid restrictions.

Eight days later, the attack at LynnMall Countdown took place and he was shot dead by the undercover officers who were monitoring his movements from just outside the supermarket. When they heard shouting and saw shoppers running, they sprang into action. A bystander’s video recorded the sound of 10 shots being fired in rapid succession.

So, what do we know of his background?

Stuff reports that the Immigration and Protection Tribunal that reviewed his application for refugee status in December 2013 after it had been declined, found the claims he would be harmed if he was returned to Sri Lanka “credible”.

They understood his family had been persecuted because of an “antipathy” between his father, a school principal and important civic figure, and a paramilitary leader in Sri Lanka who had been part of the Tamil Tigers – a guerrilla organisation that had fought a long-running civil war. While an assassination attempt on his father failed, his cousin was killed.

In 2004 his father was kidnapped and beaten, but eventually released.

His older siblings – two brothers and a sister – moved to the United Kingdom, Middle East, and North America, due to “deteriorating circumstances”.

In 2010, he was hit by a vehicle when riding his motorcycle to work, then viciously beaten.

A year later, he and his father were abducted by “several armed men”, who tortured and beat them unconscious.

Once recovered, he left Sri Lanka for New Zealand.

A psychologist who provided evidence for his refugee claim found his multiple mood disorders and post-traumatic stress would be difficult to fabricate, and a doctor confirmed the scarring on his body. Whilst the Immigration and Protection Tribunal acknowledged some aspects of his account were superficially unsatisfactory, they recognised him as a refugee who, in accordance with New Zealand’s obligations under the Refugee Convention, could not be deported.

Reports show that without the support of friends and family, he not only developed heightened anxiety about his parents’ safety, but he also lacked confidence and maturity.

As a result, by 2016 he had become an almost perfect candidate to be radicalised in his living room by the sophisticated social media campaigns run by the Islamic State. Those campaigns targeted disaffected young men in Western countries, particularly those who felt isolated, in order to lure them to the Middle East to fight, or carry out terror attacks at home.

In a heartfelt apology from his family over the terrible tragedy, his brother stated, “Unfortunately, Aathil was suffering from some mental health problems in his life. He suffered a lot during his political torture at home. We were grateful he found the country where he wanted to live.

“We saw his mental health got worse and worse during the last 10 years or so. He spent a lot of his time in prison and was always struggling with some court cases. When we heard that he was in prison in New Zealand, we thought it would do him some good but didn’t realise he would spend so much time there. He also had many problems in prison. He always wanted help and support. He told us that all the time. The prisons and the situation was hard on him and he did not have any support. He told us he was assaulted there.”

So, the question now becomes, could anything have been done to prevent this tragedy?

According to sentencing notes from 2018, forensic psychiatrist Dr Jeremy Skipworth informed the Court that “any form of home detention would tend to further exacerbate mental health concerns, and that successful community reintegration is likely to be assisted by cornerstones, such as stable housing, personal support, appropriate employment and medical care”.

Dr Clarke Jones, an Australian National University criminologist and expert in de-radicalising Islamic extremists, who is this week’s NZCPR Guest Commentator, concurred, informing the High Court that he didn’t appear to fit the profile of someone who had been irreversibly radicalised:

“When Samsudeen was examined in 2018 to determine his suitability for rehabilitation upon release, he did not fit the usual characteristics of a radicalised offender. At the time, he had no political agenda against the New Zealand government or any other western countries. Although he was vocal about inequality, discrimination and other grievances, he was not motivated to use violence, nor did he want to hurt others.

“Instead of radicalisation, Samsudeen showed clear signs of depression and post-traumatic stress. He felt disconnected, had difficulty trusting people, was unable to rest and sleep and was constantly on edge. His long-term absence from family and community intensified his symptoms of PTSD.

“I acknowledge that police surveillance and monitoring are key components in community safety and national security. But they do not result in rehabilitation. In fact, they could arguably encourage reoffending. Our alternative approach was to put Samsudeen through a support and reintegration program led by representatives from the Auckland Muslim community. Unfortunately, our efforts were ignored.”

The sentence imposed by Justice Wylie involved supervision – with special conditions including a psychological assessment and rehabilitation with a service called ‘Just Community’.

The Prime Minister claimed, “Agencies used every tool available to protect innocent people from this individual. Every legal avenue was tried”.

But neither mental health support, Court-ordered psychological assessments, nor rehabilitation appear to have taken place.

When asked if these efforts to prosecute, deport and surveil him since 2017 had exacerbated his extremism, Jacinda Ardern said: “Nothing ever suggested that.”

But as Dr Jones said, “For him to be just placed on monitoring and surveillance… I am sure that is not the right answer. Was he safe to be in the community? Obviously he was not but if they had addressed his mental health needs then we might not have been in this situation now. He had such a tragic life. It is just a shame that there wasn’t someone that could have stepped in”.

The concerns raised by Justice Downs last year, that planning a terrorist act is not a crime in New Zealand, were echoed by the Royal Commission of Inquiry into the Christchurch terror attacks, and as a result, a new Counter-Terrorism Legislation Bill – that would make it a criminal offence to plan a terrorist attack – is presently before the Justice Select Committee.

The Government says the legislation will enhance public safety, but not everyone is convinced.

Otago University Law Professor Andrew Geddes believes existing laws are sufficient to detain would-be terrorists, and that extending the criminal law’s reach to people thinking about doing something is a step too far: “We don’t usually punish people for what they are planning to do, rather for what they actually do.”

In his damning submission on the bill, Wellington barrister and constitutional law expert Graeme Edgeler echoes these serious concerns and also questions the need to change the definition of a “terrorist act”, which has been intentionally widened seemingly to ensure significantly more New Zealanders will be targeted and charged as terrorists.

The Government has also announced it is considering changing immigration law – in conflict with UN Conventions – to make it possible to deport any refugee that poses a threat to society.

This, along with criminalising people for crimes they haven’t committed, represent significant constitutional changes that will undermine the freedom and rights of New Zealanders. Such changes need to be considered carefully, not rushed through Parliament so the Prime Minister can look decisive on the world stage – as she seeks to put this sorry affair behind her.

*Do you agree with the Prime Minister that everything was done to keep the public safe?