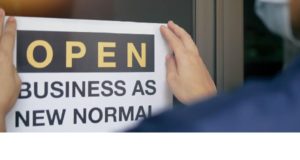 So here we all are living our ‘new normal’ – Alert Level 1 in the battle against Covid-19. That’s where we’re expected to stay until a vaccine is available. It’s only at that stage that our borders could fully re-open and New Zealanders would be free to travel.

But what a journey it’s been. Cabinet papers provide details of the key events.

The country’s response to the new coronavirus SARS-CoV-2 outbreak began on 31 January when Cabinet declared it a ‘notifiable disease’ under the Health Act. That allowed Medical Officers of Health to manage the epidemic response.

It was a month later on February 28 that the first case was reported in New Zealand – a woman who had returned from Iran. The headlines announcing the arrival of the virus in New Zealand created panic buying in supermarkets, with some shoppers describing it as a “zombie apocalypse”.

Cabinet did not address our virus problem until March 9, when they declared it a ‘quarantinable disease’. That enabled epidemic notices to be issued if sick passengers at the border needed to be quarantined.

It was not until March 14 that border controls required anyone coming into New Zealand to self-isolate for 14 days.

That was also the day the Prime Minister finally cancelled the planned gathering of 4,000 to commemorate the one-year anniversary of the March 15 terror attacks.

New Zealand’s borders were finally closed on March 19, except for Kiwis returning home, and mass gatherings were restricted to 100 indoors and 500 outdoors.

On March 20, Cabinet considered advice from the Ministry of Health outlining the Alert Level system recommending that the country move to Alert Level 2 for a month: “We recommend New Zealand move completely to Level 2 immediately and remain there for up to 30 days initially. The move to Level 2 reflects the heightened risk of importing Covid-19 cases at this time as many New Zealanders return home from overseas and we see an uptick in reported cases here.”

The next day, on March 21, the Prime Minister duly announced the Alert Level system to the nation and explained that New Zealand was officially at Alert Level 2.

It was just two days later on March 23, that she again addressed the nation, this time warning there would be tens of thousands of deaths if we didn’t immediately move to Level 3 and two days later to Level 4 for a month-long lockdown of the whole country – apart from essential services.

On April 28, after 4 weeks and 5 days of strict lockdown we finally moved to Level 3, where we stayed for 2 weeks and 2 days, before moving to Level 2 on May 14. The last New Zealand Covid-19 case to be notified was on May 22, but it was not until seventeen days later, on June 8, after 3 weeks and 5 days at Level 2 that we were told we could move to Level 1.

The last remaining Covid-19 case was reported as recovered on June 8, the final day of Lockdown 2. The Prime Minister says she did a dance when she heard the news – a story that gained almost as much international media attention as her claim that the virus has been ‘crushed’.

When she told the country we could move to Level 1, the Prime Minister also said, “Here in New Zealand we went hard and early with a single plan that had a dual purpose – to protect lives and livelihoods.”

But just as her claim of going ‘hard and early’ has been challenged by those who say the borders should have been closed far earlier than they were, so too her claim of ‘protecting livelihoods’ is refuted by the tens of thousands of New Zealanders whose jobs and livelihoods have been crushed by her Government’s response to the virus.

Professor Gibson found that no other Government imposed a lockdown as harsh as the one Jacinda Ardern forced onto New Zealanders: “New Zealand had the most stringent settings for Coronavirus in the world, based on 17 indicators of government response (Hale et al. 2020)… the New Zealand stringency index from March 25 exceeded that for countries like Italy, Spain and France who by then had thousands of Covid-19 deaths.”

The research shows the economic cost of this excessively strict lockdown is estimated to be at least $10 billion, compared to staying at Level 2, which is essentially the stringency level Australia maintained throughout the epidemic, with similar, if not better, health outcomes.

Professor Gibson found that the Government’s decision to impose a lockdown lacked due process – they ignored the Ministry of Health’s advice to stay at Level 2 for a month, and they failed to carry out a proper cost-benefit analysis to assess the impact on the community and the nation: “One would assume that rigorous cost-benefit analyses accompanied the decision to set the most stringent policy response in the world. Yet Cabinet papers released six weeks later suggest not: the government ignored advice from the Ministry of Health to stay at Level 2 for 30 days, instead jumping to Level 3 after just two days, then Level 4 two days later (Daalder 2020).”

A now discredited paper by Neil Ferguson of Imperial College London, which predicted a massive loss of life unless strict lockdown measures were introduced, appears to have been instrumental in Jacinda Ardern’s decision to impose the most stringent lockdown in the world onto New Zealand.

Professor Gibson explains: “Two epidemiological simulations seem to have played a key role: the Imperial College forecast of 0.51 million Covid-19 deaths in the UK and 2.2 million in the US if no changes in individual behaviour or in control measures occurred (Ferguson et al. 2020) and forecasts by University of Otago academics with an on-line simulator that ranged from seven Covid-19 deaths to 14,400, with a mean across the six forecasts of 8,300 deaths (Wilson et al. 2020)…

“The highest death forecasts from the University of Otago may have influenced comments made by the Prime Minister in announcing the lockdown: ‘If community transmission takes off … our health system will be inundated, and tens of thousands New Zealanders will die … it is the reality we have seen overseas… We can stop the spread by staying at home and reducing contact… That is why … effective immediately we will move to Alert Level 3 … after 48 hours we will move to Level 4’.”

Professor Gibson believes “It is unfortunate that epidemiological simulations had such an impact, as they use flawed models…” and he explains that they assume people will not take preventative action to reduce risk – such as avoiding close contact with others. He also notes that the University of Otago forecasts assumed no tracing and isolation, even though these were a key part of the Government’s strategy.

He also explains that when economist Ian Harrison re-ran the University of Otago forecasts assuming a 50 percent success with tracing and isolation, “the forecast deaths fell by 96 percent”.

Professor Gibson’s research investigated the overall effectiveness of the lockdown strategy in managing the virus, concluding that lockdowns have no effect on Covid-19 deaths: “lockdowns are superfluous and ineffective (Homberg 2020)… Real-time activity indicators suggest the threat of Covid-19, rather than lockdown itself, drives behaviour (Chetty et al. 2020).”

So, there we have it – an evidence-based narrative indicating New Zealand could have managed the virus by sticking with the Ministry of Health’s advice to stay at Level 2. Like Australia, we could have pulled through without needing an “ineffective” lockdown that has wrecked the economy and created devastating consequences for so many New Zealanders.

Having done the damage, the Government’s response has been to borrow an unprecedented $50 billion, pushing New Zealand into decades of deficits and higher taxes as they attempt to mitigate the economic chaos they have caused.

Part of their strategy includes a $20 billion ‘slush fund’ of unallocated expenditure to be used to prop up the economy. Between now and the election, the Prime Minister will be splashing the cash – just as Shane Jones has been doing all along with the Provincial Growth Fund’s $3 billion.

Meanwhile, the reality of the economic damage caused by the lockdown is becoming more apparent as the first wage subsidy runs out. With only businesses that can show a 40 percent or more decline in their turnover able to apply for an extension of the wage subsidy scheme, others are facing the grim reality of no longer being able to retain a full contingent of staff on reduced turnovers.

The Warehouse is in this situation. They can foresee the decline of shop-front retail, as the lockdown recession and the increasing popularity of on-line sales forces the company to cut costs by closing poorer performing stores and reducing staff numbers by 1,000.

The Prime Minister’s response to those job losses is indicative of her lack of understanding of the damage her harsh lockdown has caused. She was reported as saying, “I’m angry. If I’m speaking frankly… The Government of course, and taxpayers, are taking a huge hit because we are prioritising keeping as many businesses and individuals employed and up and running as we can.”

If she had appreciated that most businesses operating in a competitive environment do not have the means to absorb an extended period of reduced income without cutting costs and staff, she may have been less inclined to order all businesses to close down. Instead she may have realised that by trusting New Zealanders and giving them a chance, most business could have continued operating with social distancing and good hygiene practices in place, just as supermarkets did.

To cushion the blow for workers made redundant because of the lockdown – like those from the Warehouse, the Government has introduced a higher unemployment benefit rate. They say, “The payment will be available for 12 weeks from 8 June for anyone who has lost their job due to the impact of COVID-19 since March 1. It will pay $490 a week to those who lost full-time work and $250 for part-time. The payment will not be taxed.”

As a result, a two-tier unemployment benefit system has now been created – anyone who registered before 8 June will be receiving around $250 after tax, while anyone on this ‘premium’ benefit, will get almost double.

Now that the country is returning to our “new normal” the focus is on managing the fallout from the lockdown. At some stage, the mountainous debt accumulated by the Ardern Government will need to be repaid. The Green Party wants a capital gains tax. While Prime Minister Ardern has ruled out capital gains taxes under her watch, what’s the likelihood there will be a change of heart – “But we couldn’t predict COVID-19” – shortly after the election!

*If Labour is re-elected into government, do you think they will introduce a capital gains tax?