The Turning Tide of Public Opinion 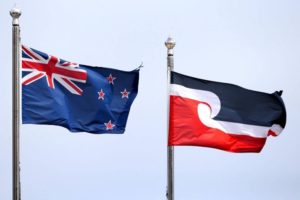 On Monday, Roy Morgan, Australia’s longest running independent market research company, published the results of its June survey of New Zealand political opinion under the headline “Is the COVID-19 ‘honeymoon’ over for PM Jacinda Ardern?”

The election night gap between Labour and National of 24.4 points, has narrowed to just 9 points.

With confidence in the Government dropping 10 points to 124 – its lowest level since October 2019 prior to the Covid-19 pandemic – it appears the ‘stardust’ is finally falling from Jacinda Ardern as voters wake up to the incompetence and extremism that characterises her administration.

After only eight months, Labour’s wheels are falling off. As the former editor of the Dominion newspaper, Karl du Fresne, reminds us: “There’s a pattern here. The third Labour government of 1972-75 fell apart after just one term. The fourth managed two before it collapsed in an inglorious heap. On both occasions, Labour tried to do too much too soon and with too little ministerial ability.”

He likens the Ardern Government to Norman Kirk’s: “It’s over-ambitious, under-endowed with talent and too impatient to re-invent the wheel. The bureaucracy is struggling to keep up, and it’s showing. A popular leader isn’t enough to compensate for – or disguise – incompetence, fatigue and hubris.”

While Jacinda Ardern gains plenty of plaudits for her policy promises, like KiwiBuild, she fails to deliver.

She promised New Zealand would lead the world in the vaccine rollout, yet new data shows our government-run programme is ranked 120th in the world and bottom of the OECD.

While Kiwis across the globe are still trying to get home, new figures reveal that 40 percent of the country’s government-run managed isolation facility beds sit empty!

Jacinda Ardern promised an end to homelessness – yet, in spite of spending more than $1 million a day on motels for emergency housing, the number of people sleeping on the streets is on the rise, increasing more than 10-fold in Whangarei from 21 people in 2018 to 293 in 2020.

Instead of garnering the support of the private sector to address the crisis, our PM has villainised residential property investors and made the problem worse by imposing an avalanche of draconian rules and regulations that have dramatically increased costs and rents.

The scale of Jacinda Ardern’s failure to deliver in mental health – in spite of a $1 billion investment announced in 2019 – is so profound that mental health campaigner Mike King felt compelled to give back his civic honour in protest.

As a result of the PM’s changes to welfare – increasing benefits and relaxing sanctions –  employers who are being prevented from bringing in workers from overseas, are facing serious manpower shortages while able-bodied beneficiaries are able to sit around and do nothing.

Then there’s Jacinda Ardern’s ill-advised car tax, that forces ute owners to subsidise electric cars – not only has the penalty broken her election promise of “no new taxes”, but it has caused the price of second-hand electric cars in Japan to increase by over 30 percent.

Add to that the cancelling of critical roading projects around the country to fund an $800 million bridge for affluent Aucklanders to cycle and walk over the harbour, the whole fiasco over absurd climate change restrictions, and an attempt to criminalise free speech, and its little wonder that confidence in Labour is falling.

However, it’s Jacinda Ardern’s failure to rein in her powerful Maori Caucus, that is arguably causing the greatest damage – and is undoubtedly a key reason that Kiwis are deserting the party.

While the 2018 census shows that Maori make up 12.6 percent of the adult population, thanks largely to the seven reserved Maori seats they are over-represented in Parliament at 20 percent.

And thanks to Jacinda Ardern, they are significantly over-represented in Cabinet at 25 percent. With the support of their allies, they now hold the balance of power in the Labour Government.

Their radical attempts to force their racist culture onto New Zealand – without any public mandate – bears testament to the fact that those Maori sovereignty extremists in Cabinet are now in the driving seat.

As political commentator Morgan Godfrey pointed out, “There is a ‘delicious irony’ in that Mahuta, a senior member of the Kingitanga – the 19th-century resistance movement to the Crown – is now in charge of that same Crown’s foreign policy. There’s another bite of irony in Peeni Henare’s appointment as Minister of Defence. Henare is a member of the Kingitanga’s advisory council, the same council that would have been in charge of defence against the Crown in the 19th century.”

The Government’s plan to undermine Crown authority through Maori co-governance, shows their ambition has not changed.

Under the guise of implementing the United Nations Declaration of the Rights of Indigenous Peoples, the Government’s He Puapua report maps out a pathway for replacing democracy with tribal rule by 2040.

Like a runaway train, the pace of change of this separatist takeover of our culture and institutions, is escalating to new heights. Everything from crushing local government democracy, to changing the country’s name to ‘Aotearoa’, to introducing a separate Maori health authority – with the power of veto over all health decisions – is set out in He Puapua.

Nanaia Mahuta’s Three Waters reforms are also part of the plan. By commandeering ratepayer-funded assets and infrastructure, then establishing co-governance to give tribal interests control of freshwater, the Minister will ensure that every time a Kiwi tap is turned on, a royalty will flow to the tribal elite – in perpetuity.

Separatism is also being entrenched in the business sector. In spite of laws to prevent discrimination on the basis of race, New Zealand businesses who provide goods or services to Crown entities are now being asked whether they are 50 percent owned by Maori – or are Maori authorities – to determine whether they qualify for the new quota, which requires 5 percent of Government contracts to be given to Maori.

From parents on School Boards of Trustees being pressured into attending indoctrination courses on the Treaty of Waitangi, to State servants being advised that those of European descent will no longer be considered for promotions, under Jacinda Ardern’s administration New Zealand’s future is increasingly one of racial division, with Maori elevated to a ruling class, while everyone else is relegated to second class status.

The claim that the Treaty of Waitangi guaranteed a “partnership” between Maori and the Crown underpins the Maori sovereignty agenda and He Puapua. But since it is constitutionally impossible for a Sovereign to be a partner with her Subjects, the whole concept is ridiculous – a dangerous fabrication.

This week’s NZCPR Guest Commentator, Professor Elizabeth Rata from Auckland University, who has long warned that bicultural policies are subverting democracy and leading to the formation of a powerful and wealthy elite within Maoridom, has provided two articles.

Her first, Ethno-Nationalism or Democratic-Nationalism – which way ahead for New Zealand? – see HERE – argues that New Zealand is now at a crossroads where our future is either to remain as a democracy where everyone is treated as equals, or to become a tribal nation, where we are defined by ancestry and race.

In her second article The Road to He Puapua – Is there really a Treaty partnership? she refutes the existence of a Treaty partnership and outlines the strategy being used by the  Maori elite to gain control of the country – reminding us that the number of extremists behind this power grab is relatively small:

“The exclusive biculturalists driving the separatist agenda are actually a rather small group of individuals, numbering only in the hundreds. They are ethnically diverse and include iwi-Maori leaders, intellectuals, lobbyists, academics, activists, lawyers, officials, media figures, and politicians. Tight self-referential networks, strong personal relationships, and a willingness to play the long game have led to their remarkable success. These are all features common to those who lead revolutionary change.

“The consequences of these moves are set out in He Puapua. It assumes that the Treaty of Waitangi is a ‘partnership’ between the tribes and the ‘Crown’, one that entitles the tribes to economic and political rights in perpetuity to the exclusion of all others. This assumption is held to be true, sacred and non-negotiable. The success of Treaty strategists to date, combined with the silence of those who would be democracy’s defenders, makes their success a real possibility.”

And that’s where we come in. We must take a stand to defend our democracy and defeat this plan to split our nation in two.

As Professor Rata says, we should not be afraid to speak out. Our democracy and way of life is under attack, and we must not be cowed by those ambitious for the unbelievable wealth and power that co-governance would bring. Nor should we resile from demanding our right not be defined by race.

In fact, the whole racialisation of New Zealand is a disgrace, and we do not have to accept it. Kiwis did not vote for Labour so that they could make race the only attribute that counts. It’s the kind of destructive socialism that Hitler promulgated, and we should not tolerate it in any form.

That’s why most European countries have rejected categorising people by race and instead have adopted a colour-blind approach to public policy, uniting their citizens under one flag, regardless of their country of origin or ancestral roots.

A colour-blind society is what most New Zealanders want – a country where our future is determined, not by the colour of our skin or the accident of our birth, but by the contribution we make as individuals. We want politicians to unite us by things we have in common, not divide us by our differences. That’s why we must take a stand and reject Jacinda Ardern’s plan to replace one of the longest-running and most successful democracies in the world, with the failed ideology of class and race-based tribalism.

With a public backlash against He Puapua building, the Prime Minister is now attempting to distance herself from it.

Willie Jackson, the Minister of Maori Development, is now taking charge of the process. He has announced that he will work with Maoridom’s elite – the Iwi Leaders Group – to develop a draft plan, ostensibly to enact the UN Indigenous Rights Declaration, but in reality, to set out a path to tribal control of the country. Minister Jackson wants a massaged version of He Puapua that will be more palatable to the general public, to be available for consultation by March, with a final plan of action ready for release in early 2023.

But consulting only the tribal elite on the way forward for New Zealand, and not the general public, is misguided and a sham. It’s our country too and we all deserve to have a say in the development of the draft plan – before it becomes a fait accompli.

On election night, Jacinda Ardern promised she would govern for “all New Zealanders”. It is unacceptable that she has allowed the racial extremism of her Maori Caucus to dominate the Labour Party. It’s time the moderates within Labour took back control since mainstream New Zealanders of all political persuasions are horrified by the separatism and division that they have been allowed to create.

*Do you accept or reject being categorised by race?