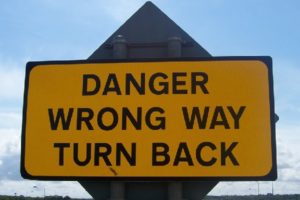 Jacinda Ardern is ramping up the rhetoric to convince New Zealanders that the Climate Commission’s recommendations must be slavishly followed – even though they are totally unnecessary.

The Commission plans to change our behaviour and disrupt our way of life forcing people to abandon cars in favour of walking, cycling, and using public transport, and switching our 4 million petrol and diesel vehicle fleet to electric – including planes! They want Kiwis to abandon their dream of a home with a garden and room for the kids to play, in favour of high-density housing. They want electricity used instead of coal and natural gas. And since they blame livestock for half of the country’s “dangerous” emissions – created by a natural rumination process that can be traced back to the dinosaurs – they want farmers to slaughter a million cows and 4 million sheep.

True to form, the Prime Minister’s apocalyptic claims about the climate are carefully crafted spin. There is no emergency, nor life or death crisis – nature controls the climate as it has always done. Mankind’s contribution is negligible.

The numbers tell the story. Carbon dioxide, which the UN claims drives global warming, is a trace gas present in exceedingly small concentrations in the atmosphere – only 0.041 percent. Almost all CO2 is produced naturally including from oceans, rocks, volcanoes, and, of course, the respiration of all living things – only 3 percent is generated by human activity.

The point is that human carbon emissions make up such a miniscule proportion of the atmosphere that even shutting down the world’s economy during the pandemic last year, had no appreciable impact on carbon dioxide levels in the atmosphere.

Ironically, Covid-19 delivered the goal of the UN Paris Accord – a massive reduction in fossil fuel emissions. But as the Washington Post reports, the National Oceanic and Atmospheric Administration found, that while man-made carbon emissions declined substantially, atmospheric carbon dioxide levels continued to rise, climbing to “the highest they’ve been in human history and probably the highest in 3 million years. The last time there was this much CO2 in the atmosphere, global average surface temperatures were significantly warmer than they are today.”

This is a significant finding. If carbon dioxide levels were higher 3 million years ago, with the global temperature much higher still, then humans cannot be blamed. Mankind is not causing catastrophic global warming.

The reality is that climate change is being used as a ruse to spread socialism. That’s certainly what’s happening in New Zealand, where our fragile economic growth is being put at risk over our infinitesimal 0.17 percent contribution to global emissions.

Politicians claiming climate change is an emergency or a matter of life or death are blatantly scaremongering. They are using it as a convenient vehicle to promote their own agenda, which for Labour, is the socialist control of our free market economy.

Jacinda Ardern understands only too well that panic and fear are powerful instruments of political control. By creating alarm about the climate, she is clearing the way to transform New Zealand into a socialist state – with her firmly in control.

It’s not as if we haven’t been warned. In 2019, she explained she was embedding the UN’s Agenda 2030, which is the blueprint for modern-day socialism, into New Zealand’s legislative and regulatory framework: “My Government is doing something not many other countries have tried. We have incorporated the principles of the 2030 Agenda into our domestic policy-making in a way that will drive system-level actions.”

By claiming humanity is destroying the planet, Agenda 2030 justifies the need for ‘urgent’ action, through State regulation and control. That’s why every storm, drought, or flood is no longer treated as a regular weather occurrence but is being reinvented as ‘evidence’ that a global warming Armageddon is just around the corner.

And State control is exactly what the Climate Commission is recommending – as the Herald’s Science Reporter Jamie Morton explains: “It spells a wholesale transformation across virtually every corner of the economy – from the cars we drive and import, and the cows and sheep we farm, through to the energy we produce and consume, the forests we plant and the houses we build. Moreover, it sets out a radical transition that, while changing the face of our country forever, would largely all happen within the next 15 years.”

Is this the economic re-alignment that’s long been called for by the world’s ruling elite – is this New Zealand’s ‘Great Reset’? Is it what the Prime Minister inferred at the State Opening of Parliament last year, when she said, “the recovery offers an opportunity to reshape the way things are done in New Zealand… reshape the economy to be more productive, more sustainable, and more equitable.”

But while our socialist government is relishing the prospect of creating the bureaucratic micro-managed economy envisaged by the Climate Commission, it turns out that none of it is necessary.

New Zealand already has an Emissions Trading Scheme in place to cap greenhouse gas emissions. The ETS is the only mechanism the Government needs to reduce emissions to the target levels set out in the Paris Accord. As they reduce the emissions cap, so the cost of carbon will increase, but the flexibility of the ETS allows participants to work together to reduce emissions at the lowest economic cost.

What this means that none of the Climate Commission’s recommendations will reduce New Zealand’s overall emissions one iota. Since emissions are controlled by the ETS, all of their central planning proposals, that would create massive State intrusion into our lives – dramatically increasing the bureaucracy and adding huge financial burdens onto the population – are totally unnecessary.

New Zealanders who do not want to live in a socialist state should object, as strongly as they can – just as voters have done in Switzerland.

In that country, famous for its citizens-initiated referenda, a government plan to introduce a new CO2 law to help meet Paris Agreement targets, has just been rejected by 51.6 percent of voters. The law was opposed, not only because it threatened their economic recovery, but the measures proposed – which included higher fuel levies and tighter vehicle emission controls – were seen as too expensive and very unfair on people who have no option but to use a car.

Since Switzerland is responsible for only 0.1 percent of global carbon emissions, voters also claimed their painful sacrifice would have no impact at all on the climate.

But while economically damaging policies were rejected by the Swiss, the country is leading the way in establishing global ‘carbon offset’ schemes.

Since emissions are regarded as a world-wide problem, Article 6 of the Paris Accord encourages international cooperation by allowing one country to fund emission reduction schemes in another and take the credit for the emission cuts.

As a result, Switzerland has entered into an agreement with Peru – in return for financing sustainable development projects in that country, Switzerland will claim the emission reductions. They have now confirmed a similar deal with Ghana, and negotiations are being finalised with Senegal and Thailand. Talks are also underway with Morocco, Mexico, Chile, and Argentina.

New Zealand is in an ideal position to follow the lead of Switzerland and meet our Paris targets though carbon offset schemes around the world, without needing the radical policies proposed by the Climate Commission

Dr Oliver Hartwich, the Executive Director of the New Zealand Initiative, explains the benefits: “A forest conservation project in Uganda managed to sequester carbon for a cost of $US1 per tonne. Previously, we found projects in the Brazilian Amazon rainforest achieving a carbon offset for $US2 a tonne. But even at a conservatively-high $10 a tonne, New Zealand could offset all its net emissions for an annual cost of under $600 million.

“Imagine that: If New Zealand entered a partnership with countries like Brazil and Uganda we would become net carbon neutral tomorrow – not in 2050. Such a deal has a precedent. Switzerland and Peru recently announced a carbon offsets deal. Peru will receive funding for sustainable development, and Switzerland will receive credits for lower emissions. The deal is recognised under the Paris climate agreement, to which New Zealand is a signatory.”

Jacinda Ardern should reject the Climate Commission’s recommendations and instead make a commitment to New Zealanders that the ETS will be used, in conjunction with the Paris Agreement rules, to meet our international obligations at the lowest possible cost to the economy – as Switzerland is now doing.

Furthermore, the Prime Minister must honour Article 2 of the Paris Agreement – which requires emissions reduction schemes to be developed “in a manner that does not threaten food production” – and drop all plans to penalise agriculture.

“So, the Climate Change Commission has produced their final report after careful consideration of the public submissions, and it’s essentially the same as the draft report. The Treaty is mentioned 193 times and the report recommends ‘a Maori-led approach to ensure an equitable transition’ – remind anyone of He Puapua? Barring a miracle, the government will adopt the report in its entirety.

“Of course, the writing was always on the wall, with a woke panel who sang from the same left-wing song sheet, led by a chairman who sports his greenstone pendant at every public appearance. This is another example of our government appointing supposed ‘independent experts’ who embrace the same ideological agenda and guarantee the desired end result. No matter that it flies in the face of a large body of scientific evidence and research.”

Meanwhile the Prime Minister is already rushing ahead with new climate policy announcements.

The first, a billion-dollar bridge across the Auckland Harbour, which will supposedly save carbon outputs by encouraging more people to cycle and walk, not only went against official advice, but it has conveniently ignored the massive carbon outputs created by deciding to leave country’s largest city in gridlock!

And secondly, in spite of her election promise of “no new taxes”, a new car tax is being introduced: anyone buying electric cars valued at less than $80,000 will receive a subsidy of $8,625 for new cars, and $3,450 for used ones – while those buy petrol or diesel vehicles will be taxed up to $5,875 if they are new and up to $2,875 if they are used but imported.

The Government is clearly planning to be at the front of the queue. While Jacinda Ardern promised in 2017 to “act as a role model, showing leadership by requiring… electric vehicles for all Government vehicle fleets”, so far only 191 of their 16,000 vehicles are electric and 90 are hybrids!

When announcing her new tax, to force farmers and tradies to subsidise urban professionals and public servants into electric cars, the Prime Minister claimed electric utes would be available “within the next 12 to 24 months – the likes of Toyota are talking about bringing in EV utes. My hope is people might delay their purchase in order to start building the market.”

But Toyota’s Chief Executive hit back: “We do not have any plans for a battery-electric Hilux in our line-up in the next 18 – 24 months. It is irresponsible to suggest that customers stop buying non-electric vehicles immediately until there is an electric option available. The range and volumes of EV’s needed to meet demand are simply not available.”

Yet again, our PR-focussed PM demonstrates a lack of understanding of the consequences of her radical socialist agenda, as she continues to force our country down the wrong path, towards social disruption and economic decline, when there is no logical reason to do so.