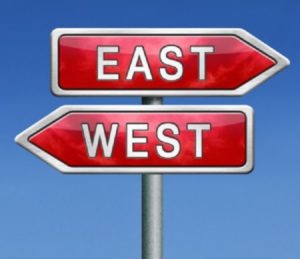 “The splintering of New Zealand from Five Eyes on the question of how to address China is a sad consequence of Beijing’s enduring strategy to coerce and undermine the vital partnerships between liberal democratic states… It is appropriate we debate this in the wake of Anzac Day because Five Eyes is a key pillar to the security of the liberal order that countries such as Australia and New Zealand fought to establish during World War I and World War II. For this reason it is a top target for China.” – Dr William A. Stoltz

Her extraordinary speech began, “This is not just a gathering of people, this is a spiritual gathering of cultures, of values and of traditions born before us, designed to allow us to unite… I invoke the inspiration and guidance of the universe and the gods, I bestow a life-force upon this gathering.”

She continued, “My intention with this speech is to outline what New Zealand’s contemporary relationship with China looks and feels like. When I think about this relationship I liken it to the respect a Taniwha would have for a Dragon.”

As well as telling us to revere Maori mysticism and respect the values of a brutal communist dictatorship, the Minister used her speech to confirm Labour is not only pursuing an ‘independent foreign policy’ but intends embedding indigenous values and the Treaty of Waitangi in foreign policy: “I believe our foreign policy settings can be enhanced by te Tiriti. The principles of partnership, active participation and protection can be called upon to enable equity and tino rangatiratanga. Increasingly, these principles continue to shape the type of democracy Aotearoa New Zealand is becoming; confident in our bicultural foundation and determined to pursue our interests for those who call this land home and for those who share our values of openness, transparency, democracy and the rule of law.”

The words “openness, transparency, democracy and the rule of law”, were no doubt included to conceal the fact that Jacinda Ardern’s regime is the least transparent and open Government in New Zealand’s history, and that through their radical He Puapua indigenous rights agenda, democracy and the rule of law are being replaced with separatist control.

After her speech, the Minister explained that if the Government wanted to criticise China, they would not do so through Five Eyes: “Let me be really clear, New Zealand has been obvious, certainly in this term and since we’ve held the portfolio, not to invoke the Five Eyes as the first point of contact on messaging out on a range of issues that really exist outside of the remit of the five eyes. So we’ve not favoured that type of approach and have expressed it to five eyes partners.”

These comments signal the Government is turning away from the Five Eyes alliance.

Not surprisingly, China praised the Minister’s speech – Chinese State media reported that as a result of New Zealand’s ‘positive attitude’, “China is willing to work with New Zealand to enhance communication and deepen cooperation.”

Make no mistake – not only has the Minister’s talk of dragons and taniwhas made New Zealand look naïve and foolish, but she snubbed our Western allies in favour of China at a time when nations around the world are becoming increasingly anxious about its anti-democratic behaviour and aggressive international expansion.

The former Brexit campaigner Nigel Farage believes New Zealand has “sold its soul” to China: “Have another think about what you’ve done to your friends and allies around the world. You’ve thrown sand in our eyes and you’ve turned your back on the English-speaking world.”

British MP Bob Seely, in a speech in the House of Commons condemned New Zealand: “A quarter of our British supply chain is dominated by China. The problem is that if we go further down that route, we end up like New Zealand, in a hell of an ethical mess, with a Prime Minister who virtue-signals while crudely sucking up to China and backing out of the Five Eyes agreement, which is an appallingly short-sighted thing to be doing.”

Outspoken Sky News broadcaster Andrew Bolt was shocked by the Minister’s speech: “What woke Mystic babble. Respect the Chinese dragon – except of course we are not really talking about Chinese dragons or Maori taniwha. New Zealand is selling out Australia and the West to keep sweet with a genocidal Chinese dictatorship, which is their big trade partner. She is weakening the Five Eyes partnership. The other countries in this arrangement know that our greatest threat is China, and they know that if we are divided, we will fall.”

He continued, “I think woke culture is also to blame. New Zealand’s foreign minister is dizzy with her new age earth worship and old nature gods. The whole policy of racial identity just oozes from her. New Zealand’s foreign minister actually feels that confronting China is a white person’s obsession. For her, China is an ally in the fight against global warming, which seems to her far more important than the danger of war. China would be laughing.”

The Daily Telegraph’s defence editor, Con Coughlin, believes New Zealand faces the prospect of expulsion from the Five Eyes intelligence alliance as a result of ‘cosying up to China’s communist rulers’: “Thanks to Wellington’s naïve decision to prioritise trade with China over its membership of the elite Five Eyes intelligence-sharing network, Ms Ardern can expect her country’s isolation to deepen further as New Zealand faces the very real prospect of expulsion from the alliance over its pro-Beijing stance.”

So, thanks to Jacinda Ardern, seventy years after the formation of the Five Eyes intelligence-sharing network, we are now in danger of being pushed out.

The Five Eyes alliance between the United States, the United Kingdom, Canada, Australia, and New Zealand, originated as an informal arrangement between Britain and the US during World War II. It was formalised in 1946, with Canada joining in 1948, followed by Australia and New Zealand in 1956.

Five Eyes deals with “common adversaries, common threats, common risks” largely through three avenues – intelligence-sharing, security, and diplomacy. New Zealand’s Tangimoana Station, a radio communications interception facility near Palmerston North, was established as part of the network in 1982, and the Waihopai Satellite Station near Blenheim, in 1989. Both are run by the Government Communications Security Bureau and share global electronic and signals intelligence amongst partner agencies.

The Five Eyes alliance was severely tested by the 1985 decision of the Labour Government to ban nuclear ship visits. This precipitated a crisis in ANZUS, the Pacific security alliance established in 1951 between the US, Australia, and New Zealand, and resulted in our suspension. While New Zealand continued to operate its spy bases during the rift, it was not until 2009 that we were fully returned to the Five Eyes fold.

“Of the Five Eyes members, New Zealand has been the slowest to adjust to China’s aggressive international strategy. This can be attributed in part to New Zealand’s traditional disposition of eschewing confrontation in favour of constructive diplomacy. However, the sheer scale of New Zealand’s economic dependence on China has also generated a wilful blindness to China’s increasingly bellicose behaviour in the vain hope that it can chart a middle path with China where others, such as Australia, have failed: one where New Zealand is able to sustain a high degree of access to Chinese markets without having to compromise its principles or its sovereignty.

“Yet minister Mahuta’s objection to expanding Five Eyes, and her vacillation on joining other democratic blocs, makes a mockery of New Zealand’s tradition of principled activism by showing a willingness to bargain with its international reputation and the security of the Pacific in order to obtain short-term economic benefits.”

Instead of standing firm alongside our Five Eyes partners in condemning Chinese repression, New Zealand has indeed wavered. In November, the Government supported a Five Eyes resolution denouncing China’s crackdown on Hong Kong’s autonomy, but in January refused to back their condemnation of the mass arrests of opposition parliamentarians and democracy supporters.

Last month, they again refused to support the Five Eyes when they expressed concern over China’s obstruction of the World Health Organisations’ investigation into the origins of Covid-19.

But then they supported three Five Eyes members – Britain, Canada and the US – when they joined the European Union in launching coordinated sanctions against China for human rights abuses of the Uyghur Muslims in Xinjiang, by issuing a joint statement of condemnation with Australia.

With China now New Zealand’s largest trading partner – already accounting for 29 percent of all exports and likely to grow as a result of January’s lucrative free trade agreement upgrade that further reduces trade barriers and expands opportunities in e-commerce – China indeed appears to be using its dominant trade position to drive a wedge between Five Eyes members.

So where is all this leading?

Are we now at a point where our international alliances are turning East instead of West? If that’s not the intention, it may well be the outcome.

And what do we make of the Minister’s comment that “indigenous values and the Treaty of Waitangi would be woven into foreign policy decision making”?

Is she signalling her Government is taking yet another step along the path towards He Puapua – their radical agenda to enact the UN Indigenous Rights Declaration and replace democracy with separatist rule?

Will the ‘co-governance’ of trade deals be introduced, so that unaccountable Maori sovereignty activists will be given veto rights over negotiations undertaken by elected Government Ministers?

Will these separatists be given veto rights over all trade policy as well?

And why is the taniwha so willing to cosy up to a very large and aggressive dragon? Is it because resource-hungry China will provide generous financial rewards when the separatists finally gain control of New Zealand’s natural resources?

Because after all, isn’t that Jacinda Ardern’s objective – to give control of New Zealand’s natural resources to Maori sovereignty activists through her reforms of freshwater and the Resource Management Act?

Is that the end game – once the reforms are complete, will we see a mushrooming of lucrative royalty arrangements between China and the tribal elite for New Zealand’s natural resources?

Is this the plan for New Zealand’s coastline as well, since the ownership of minerals and other natural resources is central to the applications of almost all of the hundreds of tribal claims?

When New Zealanders gave Labour a mandate to govern, they did not vote for co-governance with Maori separatists.

They did not vote to criminalise free speech.

They did not vote to embed the United Nations Agenda 2030 into our domestic affairs.

And they most certainly did not vote for foolish mystical mumbo jumbo and the redefining of our strategic security alliance from West to East.

Jacinda Ardern’s Government does not have a mandate for these seismic changes. Their actions are illegitimate.

*Do you have confidence in Jacinda Ardern’s Labour Government?
Note: Please feel free to use the poll comments to share your views on any of the issues raised in this week’s newsletter.