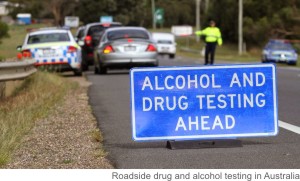 The Green Party wants cannabis to be freely available for people to grow and smoke, with a legal cannabis market operating as it does in other countries. Their cannabis policy states: “Make cannabis legal for personal use, including possession and cultivation.”

This means that at some stage before the next election, New Zealanders will be asked to vote on whether marijuana should be legalised. The Justice Minister Andrew Little says there’s a view that holding the referendum at the 2020 General Election “wouldn’t be a smart move politically”, and so the Government is presently debating whether to hold it next year.

The pro-marijuana lobby is already hard at work softening the public mood on this issue by focussing on ‘medicinal’ marijuana and people’s compassion for those in serious pain. As a result, their call for medical marijuana to be legalised, is being widely promoted, camouflaging their move to decriminalise the smoking of marijuana.

However, the medical profession and those grappling with policy-making around the legal supply of medical marijuana are looking to properly regulated and tested medications in the form of applications like pills and sprays – not smoking. This is because the decriminalisation lobby fails to mention the huge risk of lung damage from smoking marijuana.

The hypocrisy of the Green Party over the health risks associated with cannabis use is staggering. On the one hand the Greens are ardent supporters of the Smoke Free New Zealand by 2025 goal, while on the other hand, they want people to freely smoke dope – even though the cancer risk is twenty-times higher than for cigarette smoking. It appears the Greens are more concerned about attracting the decriminalisation vote, than they are about improving public health.

To advance their legalising cannabis objective, the Green Party has also been strongly promoting medical marijuana. They rely heavily on Ministry of Health research, which “found that of 400,000 New Zealanders who use cannabis, a whopping 42 percent do so for medicinal purposes, to alleviate pain or nausea.”

While that study shows that in 2013, over 155,000 users who confessed to smoking cannabis claimed they were doing so for “medicinal” purposes, it also reveals that over 133,000 admitted to driving under the influence of marijuana.

Irrespective of the significant evidence of health risks associated with widespread cannabis use – not only lung cancer, but also drug dependency, psychosis and schizophrenia – the Greens want access to cannabis to be legal, affordable, and widely available. They’re clearly overlooking not only the increasingly stringent requirement for employees to be drug free in their workplace, but also the fact that smoking cannabis doubles the risk of a car crash.

To advance their cause, in May last year, Green MP Julie Anne Genter submitted a Private Members’ Bill – the Misuse of Drugs (Medicinal Cannabis and Other Matters) Amendment Bill – into the Parliamentary ballot. It was drawn a month later, but by the time it was debated in Parliament in January, Julie Anne Genter had become a Minister in the new Government, so the Bill was transferred to her colleague Chloe Swarbrick, since Ministers cannot be responsible for private members bills.

Julie Anne Genter’s Bill was designed to allow anyone with a “qualifying condition” – including a sore back – to grow their own cannabis, or have someone else grow it for them: “Until people can legally grow their own cannabis or designate someone to grow it, patients across Aotearoa are likely to remain criminals”. In effect, the Bill would have introduced the de facto decriminalisation of marijuana.

The Bill was eventually defeated by 47 votes to 73, but since drug issues are treated as conscience votes in Parliament, there is now a public record of which MPs voted in favour of liberalising cannabis laws, and which were opposed (*see the list below).

The defeat of the Green Party’s Bill was not the end of the matter. At around the same time a Government Bill, the Misuse of Drugs (Medicinal Cannabis) Amendment Bill – to enable those who are terminally ill to possess and use illicit cannabis – succeeded in gaining the support of Parliament and is currently being considered by the Health Select Committee.

In quite an astonishing development, the Green Party member who was behind the Bill that would have effectively decriminalised marijuana in New Zealand was appointed the Associate Minister of Transport in the new Government with the responsibility for “transport safety”. As a result, the Hon Julie Anne Genter will play a leading role in deciding whether the random roadside drug testing of drivers should be introduced.

New figures released last week showed that, for the first time ever, drugged drivers on our roads were involved in more fatal accidents than drunk drivers. In 2017, there were 79 fatal crashes involving drivers with drugs in their system, compared with 70 involving intoxicated drivers.

This compares with figures from five years ago when 14 fatal crashes involved drugged drivers, compared with 53 involving drunk drivers.

In fact, a 2010 study of over a thousand drivers who had died in crashes over the previous five years, found a third had drugs in their system – mainly cannabis. The data showed that three quarters of the cannabis drivers who died had caused the crash that killed them – and when alcohol and cannabis were mixed together nine out of ten dead drivers were responsible for their fatal crash.

If New Zealanders are worried about this trend for drugged drivers to increasingly cause carnage and death on our roads, they should be extremely concerned about the current attempts to legalise cannabis use, since it would ‘normalise’ the drug and inevitably lead to far more drug use, far more drugged drivers, and far more fatal accidents.

While cannabis users clearly pose a serious and growing risk on our roads, the drug testing of drivers is rare. Driver drug testing was introduced in 2009, through the Land Transport (Enforcement Powers) Amendment Act, which made it an offence to drive while impaired by drugs. The Act gave Police the power to carry out compulsory impairment tests on any drivers they suspect of driving under the influence of drugs. This involves checking the eyes of drivers to see whether their pupils are dilated, asking them to walk along a line, do a turn, and stand on one leg. If they fail the impairment test, a blood test is then required.

The problem with this impairment test is that it requires a trained officer to carry it out. As a result while over 2 million breath tests for alcohol are carried out a year, the number of drug test is in the hundreds.

The Automobile Association has described drugged driving as a silent killer on our roads and for years they have been lobbying the Government to introduce roadside drug testing. They say the public is right behind the measure with a staggering 94 percent of their 1.6 million members – representing more than 54 percent of all registered drivers on the road – supporting their call for random saliva testing.

The reality is that motorists do not want to share the road with the rapidly increasing number of drivers who are impaired by drugs.

“We have a moral obligation to do more when we know drugs are an increasing cause of deaths on our roads, and it’s not just the drugged drivers getting killed.

“An ever growing number of countries are introducing saliva-based roadside drug tests. New Zealand is a laggard. Some Australian states have been using them for a decade and the UK, Ireland, France, Norway, Denmark and the Netherlands have either recently introduced them or are in the process of doing so.

“The case for introducing saliva tests here was recently made much stronger by Ministry of Transport analysis estimating that for every $1 spent on random saliva tests, after 10 years it would equate to $8.50 in savings due to fewer fatal crashes occurring.

“The Ministry estimates the social cost of drug-driving could currently be $250 million per year and it is suggesting that just $9 million a year could be spent on effectively introducing roadside saliva tests.”

The Police Association is also calling for roadside drug testing of Kiwi drivers, as are emergency doctors. It was also recommended by the Ministry of Transport in its road safety briefing to the new Government as a more effective way of deterring drug users from driving.

The Ministry believes that drug-driving is a serious and growing problem and that the main challenge for policy-makers is to change the “complacent” attitude that many people have towards driving under the influence of drugs, especially the dangerous misapprehension that drugs make a user a better driver.

As far as costs are concerned, roadside saliva testing for cannabis, methamphetamine and ecstasy would cost around $45 to administer and take about five minutes for the results to register. The Ministry of Transport and the Police are recommending around 45,000 tests a year should be carried out initially.

The Minister of Police, Stuart Nash is said to be in favour of roadside drug testing for drivers. However, the Associate Transport Minister, Julie Anne Genter, is opposed, stating that saliva testing is expensive, intrusive, and that the current method of detecting drugged drivers works well.

She appears to be at odds with reality on this issue.

Given Julie Anne Genter’s strong campaigning for the liberalisation of marijuana laws while she was in opposition, surely she should do what a Green Party Ministerial colleague has done, and stand aside from any decision-making over roadside drug testing devices.

The Hon Eugenie Sage recused herself from a decision on a hydroelectric scheme in the South Island, because she had campaigned against the scheme while in opposition. She declared bias and a conflict of interest and on principle, stepped aside.

Isn’t this what Julie Anne Genter should do – take her personal bias out of the decision-making process by standing aside? If she recused herself, the responsibility for deciding on the recommendations from the Ministry of Transport and the Police for roadside drug testing devices would no doubt be passed onto the other Associate Transport Minister, New Zealand First MP Shane Jones, or the Minister of Transport, Labour MP Phil Twyford.

Whichever way you look at this issue, drug driving is now a major problem for New Zealand.

Just last month, a Private Members Bill in the name of National MP Alistair Scott – the Land Transport (Random Oral Fluid Testing) Amendment Bill – was drawn from the Parliamentary ballot and will now be debated by Parliament. This Bill, which would give the Police the powers to randomly test drivers for drugs just as they do for alcohol, will finally force the Government to seriously address this issue.

Far too many people are now driving on our roads when they are impaired by drugs. They are putting their lives and the lives of others in danger. The new Government needs to take decisive action to save lives, by putting aside any political bias and giving the green light to the random drug testing of drivers.

Do you believe the Associate Minister of Transport, Hon Julie Anne Genter, should recuse herself from decision-making over the introduction of roadside drug testing devices?