Time To Have A Say On Entrenching The Maori Seats 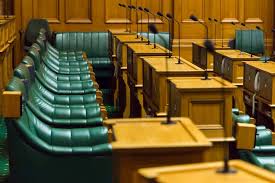 Last month Parliament debated a Bill to entrench the Maori seats. It had been submitted into the Private Members’ ballot by Labour’s Rino Tirikatene, the MP for the South Island Maori seat of Te Tai Tonga. He wants to make it more difficult to abolish Parliament’s Maori seats by ensuring that a vote of 75 percent of MPs would be needed to get rid of them.

Submissions on the Bill have now been called. Labour is going around the country to drum up support, so in the interests of balance and fairness, I will outline the details here in the hope that you will not only consider putting in an opposing submission, but that you will encourage others to do so too.

In politics submission numbers really matter. If a bill ends up with overwhelming public support at a Select Committee, then those pushing it will claim the country is behind their cause. Given that New Zealanders have long insisted that the Maori seats have passed their use-by date, this is the opportunity to say so. Submissions can be made on-line HERE or emailed to the Maori Affairs Select Committee at ma@parliament.govt.nz by 14 December 2018.

The Electoral (Entrenchment of Maori Seats) Amendment Bill would add the Maori seats to the ‘reserved’ provisions of the 1993 Electoral Act, to prevent them being removed by a simple majority of Parliament. Reserved provisions can only be changed through the support of 75 percent of MPs, or through a majority vote in a national referendum.

The Electoral Act’s six reserved provisions can be found in Part 1 of section 268.  They are:

a) the term of Parliament
b) the Representation Commission to determine electoral boundaries
c) the creation of general electorates
d) the 5 percent margin to ensure electorates are the same size
e) the minimum voting age of 18
f) the method of voting.

Part 2 sets out the mechanisms for change:

In general, major changes to electoral law in New Zealand are only undertaken with the express approval of voters through a binding referendum process. Accordingly, one could argue that entrenching the Maori seats represents such a controversial change that it should only go ahead if approved by a referendum of all voters.

Under Parliament’s rules – namely Standing Order 266 – any legislative proposal to include or remove an entrenched provision needs to be passed by the same special majority of Parliament: “A proposal for entrenchment must itself be carried in a committee of the whole House by the majority that it would require for the amendment or repeal of the provision to be entrenched.”

This rule was introduced through a review of Standing Orders in 1995 on the basis that it would be “inequitable” for a Parliament to pass a law under a simple majority vote that seeks to bind future Parliaments and generations.

As a result, the support of the Government and the National Party would be needed for the Bill to become law.

Since National voted against the Bill, this would appear to preclude it from succeeding, but as with many aspects of Parliamentary business, things aren’t always quite what they seem.

Under Standing Order 4, Parliament can suspend its rules by a simple majority. This means that while an amendment to the reserved provisions of the Electoral Act would normally need to be approved by a special majority of 75 percent of the House, it would be possible – though highly contentious – for Standing Orders to be suspended and the new entrenchment provision passed with just a simple majority.

Furthermore, as the Herald points out, while amendments to the reserved provisions within section 268 of the Electoral Action can only be passed through a special 75 percent majority of MPs or a nation-wide referendum, section 268 itself could be amended by a simple majority of Parliament. This would allow the Maori seats to be readily removed in the future – although this again would be a highly contentious move.

But more on the convoluted politics later.

The Maori seats were introduced on a temporary basis in 1867 to give Maori men the right to vote. The settler government had requested colonial authorities to waive the property qualification that conferred the right to vote under English law – since it did not apply to communal land – but they refused. As a result, four Maori seats were introduced as an interim measure while the Maori Land Court set about the complex task of individualising Maori land holdings. The seats were meant to remain in force for five years, but had to be extended for a further five years, and then indefinitely.

The property ownership voting qualification for men was not removed until 1879, giving Maori men who didn’t qualify the right to vote 12 years earlier than non-Maori men. The Maori seats should have been abolished at that time, but with the introduction of universal suffrage in 1893, any practical reason for separate Maori seats disappeared completely.

Over the years, there have been many changes to Maori seat voting but it wasn’t until the 1993 Electoral Act was introduced that the number of Maori seats changed from being fixed at four to being determined by the total Maori electoral population.

However, the 2001 change from 6 to 7 seats was not due to a dramatic increase in the number of voters switching to the Maori roll, but was instead the result of a unilateral decision by the Government Statistician to change the way the Maori seats were calculated.

Until that time, the Maori electoral population was determined by the number of people who indicated they had Maori descent on their Census forms. However, in 1997, the Government Statistician decided to include a proportion of those who had said they didn’t know, had left the question blank, or had given a confusing answer.

As a result of this ‘imputation’ calculation, the number of Maori seats increased from 6 to 7. Without imputation there would have only been 6 Maori seats since 1997 – and one additional list seat.

The problem with the situation as it stands is that section 3 of the Electoral Act requires the Maori electoral population to be based on “the total number of ordinarily resident persons of New Zealand Maori descent as determined by the last periodical census”. But the numbers used since 2001, have not been based on the census – they have instead been based on the census plus an estimate calculated by the Government Statistician. This raises doubts as to whether these methods and the results are entirely lawful.

In 1986 the Royal Commission on the Electoral System made a series of recommendations that included abolishing the Maori seats if our voting system was changed from First Past the Post to Mixed Member Proportional. They warned that MMP would increase the Parliamentary representation of minority groups and that retaining the Maori seats would lead to an over-representation of Maori in Parliament.

Indeed, when the MMP legislation was first introduced into the House, the Maori seat provisions had been removed, but as a result of strong advocacy by tribal leaders, they were added back in.

As a result, there are now 30 MPs of Maori descent in our Parliament – including the leaders or deputy leaders of all political parties. That’s a quarter of all MPs. If the 7 Maori seats were removed, Maori representation would be 19 percent – clearly demonstrating that the need for separate Maori seats no longer exists.

When the Maori seats were first established – to give Maori men the vote – they were undoubtedly constitutional in nature. But once universal suffrage was introduced, the seats became a source of political power for the tribal elite.

That’s why they have no place in section 268 of the Electoral Act, which is reserved for key electoral requirements that are constitutional in nature. That’s no doubt one of the main reasons why past Parliaments have not entrenched the Maori seats and why future ones shouldn’t either.

In his First Reading speech, Rino Tirikatene explained the objective of his Bill: “This is a very small bill, but it cuts to the heart of the representation and the status of the Maori seats in this House. The general seats, under the Electoral Act, can be overturned or abolished only by a special majority – that’s a 75 percent or more majority of this House – but the Maori seats can be abolished by a simple majority. My bill seeks to raise us to an equal standard with the general seats. This is about equality and being treated the same.”

The Bill was opposed by National and Act, but supported by Labour, the Green Party, and New Zealand First.

The support of New Zealand First was a surprise to many, since, in the lead up to the General Election, the Party had campaigned on abolishing the Maori seats, not entrenching them. At the time they said they wanted a nation-wide referendum to be held on the future of the Maori seats.

However, New Zealand First’s Spokesperson for Electoral Matters, MP Darroch Ball, explained their reasoning during the First Reading debate. He said that while their Party believed in a single electoral franchise, on important matters such as the future of the Maori seats, it should not be MPs who make the decision, but the public through a binding referendum process.

He explained the Party had supported the Bill to a Select Committee because they saw it as an opportunity to provide for a referendum. Accordingly, they say they are planning to seek agreement for a Supplementary Order Paper to amend the Bill with a provision for a two-pronged referendum: “Should the Maori seats be retained? If so, should they be entrenched?”

New Zealand First claims they will not support the Bill any further if that agreement is not made.

This week’s NZCPR Guest Commentator is veteran political journalist Barry Soper, who spelt out very clearly his views on the Maori seats when the Bill was first pulled from the ballot:

“The seven Maori seats in Parliament should be scrapped. The need for them has long passed.

“The seats have become redundant; other than a political crutch for Labour, they serve no purpose and rather than entrenching them, Parliament should be doing away with them.”

Barry also pointed out that under the present race-based system, Maori disparity has grown: “Look at the statistics and see how well Maori have done. The Royal Commission was right, they’ve been marginalised…”

Indeed, the Royal Commission blamed increasing Maori underprivilege on our race-based Parliamentary system – reinforcing the view that separatism is not the answer to Maori disadvantaged, equality is.

If a binding referendum on the future of the Maori seats was held, would you support entrenching them, or abolishing them?