Time to Pull the Plug On Three Waters 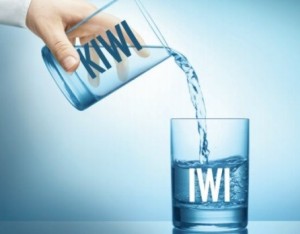 Three Waters is a proposal developed by Jacinda Ardern’s Labour Government that will effectively ‘confiscate’ billions of dollars’ worth of local authority water infrastructure and assets from ratepayers – without fair compensation – and transfer them to four mega water authorities over which councils will have little or no control.

The Government claims the assets will remain in council ‘ownership’, but that is misleading, since ownership confers a right of control and local councils would have no such right.

In return for their assets, councils would receive no shareholding in the new water authority, only shared representation in half of a 12-member governance group. With only six members representing the councils that provide the assets, and the other six members representing local iwi, the influence of small councils will be virtually non-existent. As if that’s not bad enough, a requirement for a 75 percent majority to pass any board resolution, will result in Maori gaining control of water services in New Zealand.

Cabinet papers confirm a separatist agenda underpins Labour’s approach: Each ‘co-governed’ water authority would appoint a four-member Independent Selection Panel to choose the 10-member boards that will run that region’s water services – ensuring they are “adequately competent both as a Treaty partner, and with expertise in accessing matauranga Maori, tikanga Maori and Te Ao Maori knowledge to inform the water entities activities.”

In other words, while the new water authorities will provide services that are vital for all New Zealanders, they have been designed to prioritise Maori rights and deliver on Labour’s He Puapua goal of Maori control of water.

But deeper concerns are now emerging that while the Government intends removing existing ownership rights of councils over freshwater, wastewater, and stormwater assets, they intend creating new ownership rights for iwi.

In a recent NBR article Gary Judd QC explains what the Cabinet papers reveal: “It was agreed that the water services entity would fund and support capability and capacity of mana whenua within an entity’s boundary to participate in relation to three waters service delivery. Bear in mind that getting a return from an asset is a right attributable to an owner. Therefore, the proposal would confer on iwi, but no one else, a direct attribute of ownership.”

If indeed the reforms are designed to grant ownership rights to iwi, will royalties follow next? After all, that’s another He Puapua goal: “Maori receive royalties for the use of particular resources such as water…”

The Prime Minister is using the 2016 Havelock North water crisis – caused when contaminated groundwater entered a freshwater aquifer during a storm – as the catalyst for the reforms.

Their search for a new model for New Zealand focussed only on jurisdictions with centralised control of water, including Scotland, Wales, and Tasmania, excluding those with any private sector involvement. The Scottish Water Services Company was commissioned to advise on a reform plan.

In their report to the Government, they estimate the timeframe for reform would be decades: “[Scotland’s] reform process will have taken 41 years by 2040 – when we project that we should achieve steady state… As such that there is no reason why New Zealand could not match Scottish Water’s performance – and more quickly. 2050?”

While our two countries have similar sized populations of just over 5 million, many important differences raise concerns about the appropriateness of adopting the Scottish model.

Scotland is less than a third of the size of New Zealand, and their urban development is far more intense at 8 percent of the country’s land area. As a result, 95 percent of their population is connected to networked water and wastewater services.

The Australian business consultants Farrierswier was invited to peer review the Scottish analysis and warned, “the analysis is high-level and directional and should not be relied on to project actual expenditure, revenue and pricing outcomes.”

The engineering consultancy group Beca was also asked to assess the Scottish analysis and expressed concerns that it may underestimate the cost of reforms: “New Zealand is facing a period of major changes in land, air and water environmental legislation, and for regional and local government responsibilities. It is very difficult at this time to predict impacts on the New Zealand three waters segment and on the timeframe and total costs of subsequent changes in standards which apply.”

The economic advisors Castalia, commissioned last year by Local Government New Zealand to evaluate the reform process, warned, “The Government’s policy process appears flawed and is focusing on high-risk options that may not deliver benefits.”.

In his report Three Waters: lifting the veil of complexity, investment analyst and former councillor Frank Newman provides a valuable analysis – see HERE – of many of the key reports relied on for reform decisions and concludes, “that amalgamation itself is highly unlikely to provide the financial benefits claimed by central government and used to justify the proposed reform”.

Not only are the assumptions, costs and timing of the Scottish Water model being challenged, but questions are also being asked if Scotland should be used as a “standard” at all.

A recent BBC report revealed that sewage spills in Scotland had increased by 40 percent over the last five years. While Scottish Water runs the country’s wastewater system, it turns out they only monitor 3 percent of the 3,697 overflow pipes that discharge sewerage into rivers and the sea after heavy rainfall. Of last year’s 12,725 “spill events”, 654 of the overflow pipes lacked sufficient screening to retain debris, with 192 of them categorised as inadequate since before the publicly owned firm was established in 2002.

As a result of Scottish Water’s sewerage management, which sees minimally treated sewage being regularly discharged into coastal waters, a monitoring system has been set up to assess whether Scotland’s designated bathing beaches are ‘swimmable’.

The Scottish Environmental Protection Agency, which advises “against bathing for up to two days after heavy rain due to the risk of poor water quality”, claims to be working with Scottish Water to prioritise the upgrading of sewerage infrastructure. However, this year only 29 of Scotland’s 85 designated bathing beaches were classified as ‘excellent’, 31 were ‘good’, 20 ‘sufficient’, and 5 were rated as ‘poor’.

Does our Prime Minister really believe that a system that doesn’t monitor 97 percent of sewerage spills and can only ensure that 34 percent of swimmable beaches have excellent water quality, is a suitable model for New Zealand?

A quick review highlights the frustration locals feel about their inability to get Scottish Water to fix on-going problems. A case in Forres, a tourist town in the northeast of Scotland, where raw sewerage runs down the street during heavy rains, first reported the problem in 1997! And in Glasgow, local residents signed a petition to stop sewerage running down their street 35 years ago!

Why are we aspiring to a Scottish model at all, when it seems most local councils are doing a fine job. If there’s a problem and sewerage does spill into a street, do Kiwis really want to have to phone a distant call centre and wait for years until a repair is done? Isn’t it far better to be able to contact a local councillor and make them democratically accountable for fixing the problem?

Although many councils are now struggling with the shortcomings and urgency of the reforms – which some are now describing as a “dog’s breakfast” – they are no longer able to turn to their association for independent advice and support.

Without consulting members, Local Government New Zealand signed a Heads of Agreement with the Government in July, to promote Three Waters in return for funding: “The Crown is proposing to provide ongoing support to LGNZ, by way of separate funding agreements… in the short term (to mid-September 2021) to enable LGNZ to build support within the local government sector for the Three Waters Reform Programme; and subsequently through the transition and implementation phases of the Three Waters Reform Programme (approximately two and half years).”

While the amount they are being paid to “assist” the Government is not known, the agreement means that instead of representing local authority members, LGNZ’s focus is on helping to orchestrate the “successful implementation” of the reforms.

They are required to endorse the Government’s misleading claims including, “there is a sufficient and evidence-based national case for change”, that “the current approach to three waters service delivery is not capable of delivering the outcomes required in an affordable and sustainable way into the future”, and that “the proposed model design and approach to reform is sound, appropriate and beneficial.”

This week’s NZCPR Guest Commentator is Westland’s Mayor Bruce Smith, who has shared his Three Waters journey with us on two previous occasions and now takes us through stage three:

“The case for change has not been proven and that’s reinforced by the confusion and lack of consistency coming out of Wellington.

“I ask how Councils who have decades of experience, staff and information running three water operations measures against Government which has less than 2 years, an ideological idea and little practical experience with water delivery.

“Many Mayors and that number exceeds 30 of the 67 Mayors in New Zealand have not been convinced as to how the proposed reforms will benefit their communities and I am one of them. That number will increase substantially.

“What other councils do around New Zealand is up to them however engagement with all ratepayers and a public referendum in every district would allow our residents and ratepayers who have along with their families over generations paid for these three water assets to make the decision to opt in or out.”

If the Government was really genuine about wanting to help local authorities to improve water services, here are two key things they could do.

First and foremost, they could start paying rates. Around thirty percent of New Zealand’s total land area is held by the Department of Conservation, which, like other government agencies, is exempted from rates. With stewardship land making up almost 90 percent of some council areas, if the Government fronted up and contributed its fair share to the cost of council services and community infrastructure, local authorities would be in a far better position to invest in upgrading their water assets.

And secondly, they could adopt a funding model that emulates the 50:50 shared funding arrangement used for roading projects, so water infrastructure could be directly co-funded in partnership with local government – or at least, they could make funds available on terms similar to that which central government itself enjoys.

As it stands the Three Waters proposal is irrational from every perspective, but one.

The only rational reason for this deeply flawed upheaval is to use it as a smokescreen to pass ownership and control of water to Maori tribal interests. The Government has no mandate for that course of action – it is completely unacceptable.

Finally, an accolade for some of our local authorities. In his report, Frank Newman commends those councils that are undertaking their own due diligence to assess the impact of the proposed reforms on their ratepayers – only to find that Three Waters is based on faulty assumptions and flawed analysis, with the claimed benefits unlikely to materialise: “I applaud councils for not accepting government as the sole source of truth.”

*Do you support a call for National and ACT to categorically state that they would repeal the Three Waters reform should they become Government in 2023?