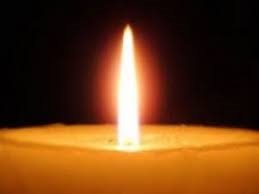 Our sincere condolences go out to everyone affected by the tragic events that unfolded in Christchurch last week. We feel for the suffering of the grieving families and our heartfelt admiration goes out to those heroic civilians who risked their lives tackling the gunman and looking after the injured until help could arrive.

To the Police and emergency responders who work on the front line of tragedies in the service of others, we pass on our deepest respect and appreciation for your amazing bravery and dedication.

We have all been sickened by the attacks that claimed the lives of 50 innocent men, women and children. We condemn violence and extremism in all of its forms and as a country we stand with the bereaved during this incredibly difficult time.

What makes this tragic event even more callous is the manner in which it was carried out. The victims had little hope of escape; the killer had planned it that way. He professed his attack was heroic, when in fact gunning down the defenseless as they knelt in prayer was an appalling act of cowardice.

In reflecting on the tragedy, the Prime Minister rightly said this is not New Zealand – the perpetrator might have chosen us, “but we utterly reject and condemn you”.

New Zealand did not expect this attack. No-one saw it coming. We naively assumed such brutality would not happen here – that it could only happen in troubled places overseas.

But we have now been reminded that we should not downplay the threat from within. Like any other country, evil extremists live amongst us.

Every year upwards of 50 New Zealanders are murdered.

There have been other mass killings in this country, although nothing approaching the dreadful scale of the Christchurch attack.

Their alleged plan was to assassinate political leaders and bomb strategic facilities such as power stations and airports, through brutal acts of violence that were so extreme “the public would think Al Qaeda was responsible”. An extensive Police operation stopped them before any such crimes could be committed, but the ability to bring the accused to justice was hampered by serious flaws in the new terrorism legislation that had been passed too hastily by Parliament following the 9-11 attacks on the World Trade Centre in New York.

During the rise of the Islamic State, our security services estimated that 30 to 40 people were being closely monitored on a ‘watch-list’. Some had travelled to Syria to fight or had intended to go but had their passports cancelled, while others were planning terrorist activities within this country or were trying to radicalise others. Another 30 or 40 people were said to be under ‘further investigation’.

In the aftermath of the Christchurch tragedy, the Prime Minister is questioning whether any laws need to be changed or strengthened.

It certainly appears that our intelligence agencies may have dropped the ball.

The Christchurch killer, Brenton Tarrant, came to New Zealand in 2017.

“This was a well planned attack, led by an Australian white supremacist who told us in his ghastly, bile filled manifesto, that he came to New Zealand to live temporarily while he planned and trained for the attack. He then decided this country was an ideal target to show the world that there was nowhere left to go that was safe.”

He chose the locations for the attacks three months beforehand. Incredibly, a photograph of the Al Noor mosque was even posted on-line a week before the attack with the message “target acquired”.

He published his ‘manifesto’ outlining his intentions days before the attack.

An alarm did not sound so the ‘manifesto’ was then sent to the Prime Minister and others ahead of the assault. Sickeningly, he wore a body camera and live-streamed the attack.

All of this has raised serious questions about the role that social media now plays in the radicalisation process as the global internet enables communities of like-minded but otherwise isolated individuals to coalesce and normalise their extremism.

As a result of the killer not being identified as a threat – in spite of his radical on-line presence – New Zealand’s surveillance laws will now come under scrutiny. This is likely to reveal that strict warranting requirements restrict our intelligence agencies from scrutinising social media.

The briefing to the incoming Minister in 2017, from the Government Communications Security Bureau and the New Zealand Security Intelligence Service said: “New Zealand does not undertake any ‘mass surveillance’ of New Zealanders, such as the active monitoring of emails, phone calls and internet use of the populations. We do not have the legal authority, capability or interest to undertake such activity.”

In other words, under normal circumstances, to monitor someone’s social media activity, an interception warrant would be needed, that could usually only be obtained if the agency could show their target had been involved in some sort of criminal activity.

This means that the internet provides an opportunity for someone like the accused to be in contact with extremists and become increasingly radicalised, without any risk of detection by authorities.

That’s why the actions of the GCSB, the SIS, and the Police, will be examined as part of an inquiry, as well as Customs and Immigration, since the killer is alleged to have visited a number of countries, including North Korea and Pakistan, that should have raised an alert.

A developing situation that will be of increasing concern to New Zealanders is the propensity of political activists to use this dreadful event to advance their entrenched agendas.

The Prime Minister led the charge by announcing New Zealand’s gun laws need to be changed, despite the full details of the actual firearm used in the killings not being revealed. If the eye-witness reports that automatic weapons were used are correct, then the accused was in possession of an illegal firearm. Tightening the laws on law-abiding New Zealanders would not stop someone with criminal intent from acquiring a weapon on the black market.

The Labour Party has long advocated for more draconian restrictions on gun owners – in addition to the present requirement for them to undergo a licensing and vetting process to ensure they are a fit and proper person to own a firearm.

The politicians claim licensing guns would protect New Zealanders from future gun crime. Yet over the years – until this tragedy – gun crime in this country has been reducing. Firearm murders are around 10 to 15 percent of all homicides, and violent crime offences caused by guns is around 1.4 percent. Further analysis would undoubtedly reveal that gun crime is largely associated with criminal gangs.

Moreover, the registration of guns has been tried in the past in New Zealand but eventually abandoned as costly, bureaucratic, and unnecessary.

While New Zealand has one of the highest rates of gun ownership in the Western world, this country does not have what the anti-gun lobby is calling a “gun culture”. The majority of firearms are owned by those living in rural areas where they are needed for pest control and to euthanise animals. The most humane way of doing this is to use a low calibre semi-automatic, rather than a single action firearm, which all too often allows fatally wounded animals to escape.

Firearms laws have been reviewed three times over the last two decades and each time lawmakers have decided against major changes on the basis that the law as it stands is working.

Other difficult issues to have emerged as a result of the Christchurch shooting, including concerns over emergency response times – especially delays in medical assistance being given to those who were critically ill. But the situation was extremely dangerous – it was not known how many gunmen were involved, or whether explosives had been planted and the very last thing that anyone would want is to send those trying to assist the injured into a situation where they could be killed.

There are also calls for a crack-down on ‘hate speech’.

This is largely being driven by those with a political agenda, like the former Race Relations Commissioner Dame Susan Devoy, who wants to restrict the public’s right to free speech through hate speech legislation.

What is often overlooked in this emotive debate however, is the fact that current legislation is already in place to protect people from hate speech.

In particular, the Crimes Act bans the use of verbal violence including bullying, assaults, threats, insults, intimidation, harassment, defamation, slander, and libel. The  Harmful Digital Communications Act prohibits the posting of threatening material on the internet – including private messages and publicly shared posts – with a penalty of up to two years imprisonment or a $5,000 fine. And the Human Rights Act makes ‘hate speech’ an offence, with a penalty of three months in prison or a $7,000 fine.

Spontaneous calls for tougher laws in response to an event like last week’s attacks are part of a natural grieving process. It is also a common reaction of political leaders as they seek to reassure the public that they are ‘doing something’ to keep them safe.

But there are real dangers in ill-advised knee-jerk responses by politicians – as our Prime Minister demonstrated only too clearly when she unilaterally decided to close down the oil and gas industry in order to look decisive on the world stage.

How different governments respond to tragedies is an issue that political commentator Chris Trotter has been investigating – in particular the US response to 9/11 and the Norwegian response to the murder of 72 young people by Anders Breivik in 2011. He explains, “While the ruins of the Twin Towers were still smoking, the American people shackled themselves to the Patriot Act: voluntarily curtailing the very freedoms the Al Qaida terrorists were condemned for attacking.

“The contrast between the American response to 9/11, and the Norwegian Government’s response to Breivik, could hardly be more striking. At a memorial service in Oslo Cathedral, the Norwegian Prime Minister, Jens Stoltenberg, declared: ‘We must not allow this attack to hurt Norwegian democracy: the proper answer to such violence is more democracy, more openness…’ It is to be hoped that our Prime Minister, Jacinda Ardern, allows herself to be guided by Stoltenberg’s example.”

That’s why the best approach going forward is for the Prime Minister’s review of the tragedy to take the form of a Royal Commission of Inquiry, to ensure there is an open and transparent process free from political bias. A Royal Commission would be independent of the Government. It would consult widely, and ensure that all concerns that have arisen as a result of the dreadful events that unfolded in Christchurch are carefully examined and assessed.

As a result of that Inquiry, any proposed legislation would then be preceded by a proper Regulatory Impact Assessment, which, as Treasury notes, helps to ensure that the regulatory process is open and transparent, providing details of “the problem being addressed, the options and their associated costs and benefits, the consultation undertaken, and the proposed arrangements for implementation and review”. There would also be an inclusive public consultation process, to ensure that ill-advised law changes are not recklessly rushed through Parliament under the shadow of this awful tragedy.

New Zealand is an immigrant nation. Every one of us originally came to these shores from another place. But in spite of our differences and our multitude of cultures and beliefs, we Kiwis stand together in our sorrow and our love for this country. We trust the terrible actions of one deranged person will not destroy our common bonds. United we stand with the mourning families and the people of Christchurch.

Do you agree that the Prime Minister’s review into the Christchurch shooting should take the form of a Royal Commission of Inquiry?